Justin Timberlake: ‘We should all be supporting Britney at this time’

“Imagine you’re a 25-year-old woman, or young human who has been forced to perform as long as she could walk to support her family,” McGowan said Wednesday on Fox’s “Tucker Carlson Tonight” following the pop star’s hearing, in which she pleaded to be free from her 13-year conservatorship.

On top of condemning Spears’ father, the outspoken actress and activist blamed Tinseltown and the tabloids for their mistreatment of Spears during her 2007 public breakdown.

“Many in the media laughed and scorned her when she shaved her head,” McGowan, 47, said. “I lived in Hollywood during that time and I’ve made it my life’s mission to tell all of you out there what so many of you really know deep down — that fame and Hollywood and the media machine are rotten to the core and they do hurt and they do damage.”

The “Charmed” alum went on to praise the “Toxic” singer, 39, for standing up for herself during her highly anticipated court hearing on Wednesday. 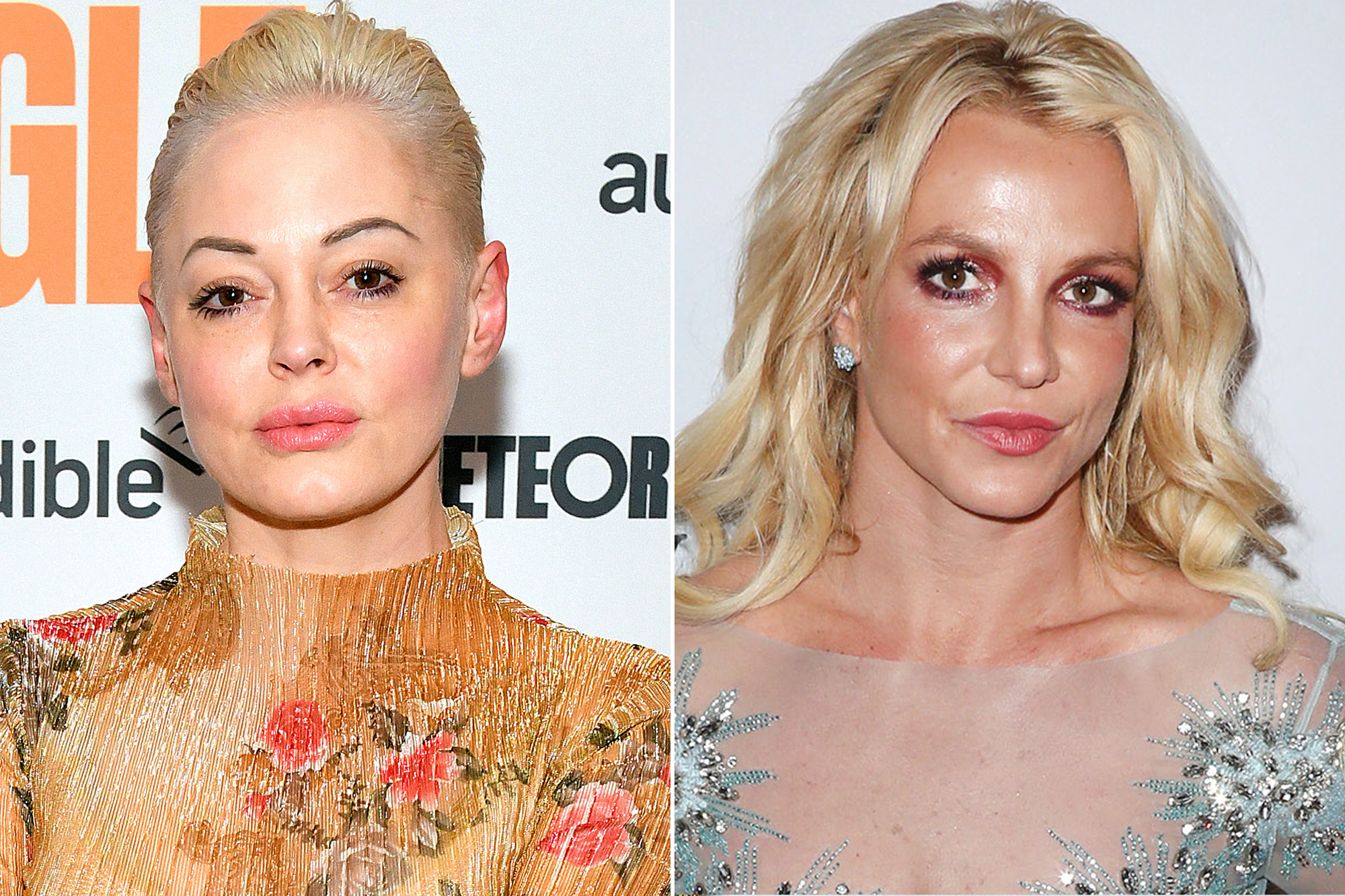 “What happened today is literally a cultural landmark moment. It is a cultural reset,” she said. “She got to speak for the first time, I believe, in her life, honestly and openly and what has been done to her is horrific.

“I know it seems like, ‘Why should we care about a rich pop princess?’ But I think it’s deeper than that,” she added, telling Carlson, “And I think it goes to what you talk a lot about, which is the rot in the machine and how society also plays a part in a weird form of oppression.”

McGowan also expressed her disgust for the fact that Spears is not allowed to make decisions for herself including how she spends her money and what medication she takes.

“[Spears] said today she’s so angry it’s insane and I understand that kind of rage,” she said before comparing the experience to her own when she was spoke out about Harvey Weinstein, saying that she and Spears are both trying to fight those in control of the media.

“While we’ve all been entertained by Britney Spears, she’s been being tortured and I know it seems like one person, but they’ve done this to women and humans and whistleblowers and people they don’t like and really,” she said. “Like you said, Tucker, the people, the monsters in power that control the puppet, not just her, but like the message it sends to every girl or every boy out there, that you are disposable and the elite can own you.”

Spears slammed her conservatorship, which was put in place back in 2008, in court this week, telling the judge that everyone who’s been involved in keeping it in place should be in jail.

During Spears’ 20-minute speech, she declared that she wanted to be free from the “abusive” conservatorship and revealed those in charge will not let her get married or have a baby with longtime boyfriend Sam Asghari.

Following the hearing, celebrities including Andy Cohen, Justin Timberlake, Nicky Hilton and McGowan spoke out in support of the singer.