Why the Royal Wedding Is a Coup for Feminists 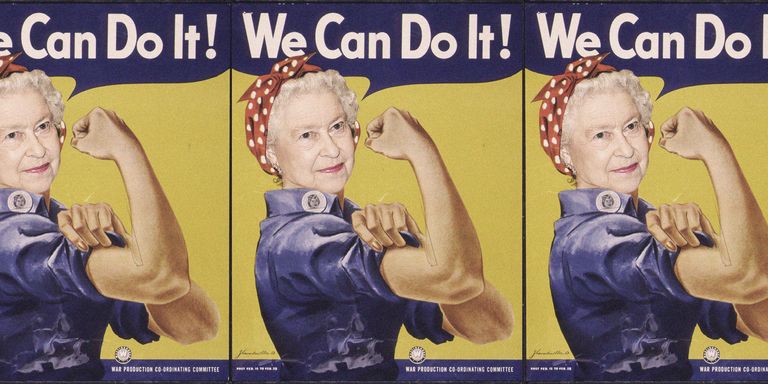 I can’t remember a time when my family didn’t love the royal family.

If you asked my mother or grandmother why, they would probably tell you about how, during WWII, advisors wanted the King and his family to be moved to Canada. To that idea, the then-Queen (the Queen Mother) replied, “The children won’t go without me. I won’t leave without the King. And the King will never leave.” When the Palace was bombed by the Nazis, the Queen Mother, who routinely visited the East End where the worst of the bombings took place, replied, “I am glad we have been bombed. Now we can look the East End in the eye.”

To a certain generation, they were not just decent people, but living emblems of decency. They were supposed to represent a British person at their best. They embodied—and it was their task above all to embody—what it meant to be a good person: to be brave, selfless, compassionate.

I don’t know that I ever felt as great attachment to the royal family as my parents and grandparents did. I credited that to living in a time when I did not have to worry about standing up to Nazis.

Oh, those were the days.

“Anti-feminist threads from men bemoan that Harry is a beta—because Markle has been divorced, is 37, and is likely a non-virgin“

I did not expect, in my lifetime, to see a return of Nazis, but we have. In 2018 we get to see people hailing Trump’s win with Nazi salutes, chanting Nazi slogans before killing a woman in Charlottesville, Nazis being profiled in The New York Times, and Nazis making coffee.

Certainly, now, I long to see powerful people stand up to the influx of racism and misogyny that people seem, once more, to be proudly declaring.

And by their enthusiastic consent to Prince Harry’s marriage to Meghan Markle, the royal family is doing so.

Because, boy, do proudly awful people ever hate this marriage. Anti-feminist threads from men bemoan that Harry is a beta (this is seemingly in spite of his flying a helicopter in the military)—because Markle has been divorced, is 37 and is likely a non-virgin who dated people.

And that’s just the misogynistic crowd. The racists are worse. The Daily Stormer—which I’m not going to link to—says about the bi-racial Markle that:

“If the ginger prince wanted to go slumming, he should have just tapped this mulatto whore, gotten it out of his system and then married a decent woman to carry on his line.”

I would love to dismiss voices like this as coming from fringe lunatics. However, we live in days when people are seemingly seriously considering the desires of murderous misogynists and the U.S. President thinks that people marching with neo-Nazis might be very fine people.

It’s certainly not limited to the U.S. The UK has its own racists, like Jo Marney, who didn’t want Meghan Markle’s “seed” contaminating the royal family. Even members of the royal family, like Princess Michael of Kent, who inexplicably chose to meet Markle for lunch sporting a brooch designed to resemble a black woman, seem pretty racist.

And none of that matters as far as the royal face of England is concerned. Meghan Markle is going to be a princess, and these morons can cry about that until they die. The crown isn’t listening to them. Their opinions don’t matter to people who are supposed to represent British people at their best.

In different times, they might have. There was never any certainty that Prince Harry and Meghan Markle would get the Queen’s approval to marry. In 1936, King Edward had to abdicate the throne because he wanted to marry Wallis Simpson, an American divorcee. In the ’50s, Princess Margaret couldn’t get the crown’s approval to marry the divorced Peter Townsend. As late as the ’70s, Camilla wasn’t considered an appropriate candidate for Prince Charles because she did not “appear virginal”.

The Royals could have told Harry and Meghan their relationship was too controversial to be accepted, and they probably both would have gone on with their lives.

The fact that they didn’t—that in fact, Kensington Palace has issued official statements decrying the sexism racism directed towards Markle—is quietly revolutionary. But then, the royal family is always at its most useful when it has bullies to face down.

In these times, when our country seems to lack moral direction, it’s wonderful to see a family who is supposed to represent all that is good in the people of the UK standing against racism and sexism. They seem confident that values of inclusion and love represent people at their best. Those are the values they, in this 21st century, have chosen to embody.

I only wish leaders in America seemed to feel the same.