Sarah Ferguson dons a flower crown as she reads How About a Night Out?

Sarah Ferguson advises viewers ‘not to go prowling’ about outside as she reads How About a Night Out? during her online ‘Storytime With Fergie And Friends’ YouTube series

The Duchess of York donned a flower crown as she read How About A Night Out? by Sam Williams during her online Storytime with Fergie and Friends YouTube series.

Sarah Ferguson, 60, put on a very animated performance while wearing the floral headband as she read the story, which follows an an adventurous kitten exploring the big city in the pitch black night.

The wholesome videos are posted to daily to her new Youtube channel ‘Storytime with Fergie and Friends’ to encourage little ones to read while in lockdown.

Fergie is believed to be isolating at the Royal Lodge in Windsor alongside ex-husband Prince Andrew, daughter Princess Eugenie, 31, and son-in-law Jack Brooksbank 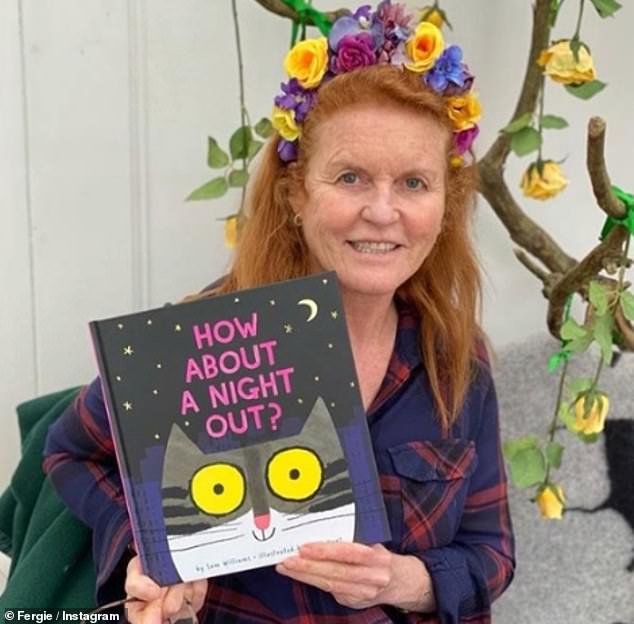 Sarah Ferguson, 60, also known as Fergie, revealed she would be reading How About A Night Out? as part of her Storytime series on YouTube

In an Instagram post, Sarah wrote: ‘Today at 4pm on Storytime with Fergie and Friends I am going to be reading How about a Night Out?’

On the seventh day of her pledge to read a daily story to children in lockdown, the duchess, who is thought to be at Royal Lodge – the home she shares with ex-husband the Duke of York, sat surrounded by tree decorated with yellow flowers in her conservatory.

The Duchess was left giggling as the adventurous cat explored the city, walking along roads and billboards for musicals including Rats and Fat Cat at the Opera.

Animatedly reading the story, she asked her viewers if they liked cats and later, asked if they had put the rubbish out at their home. 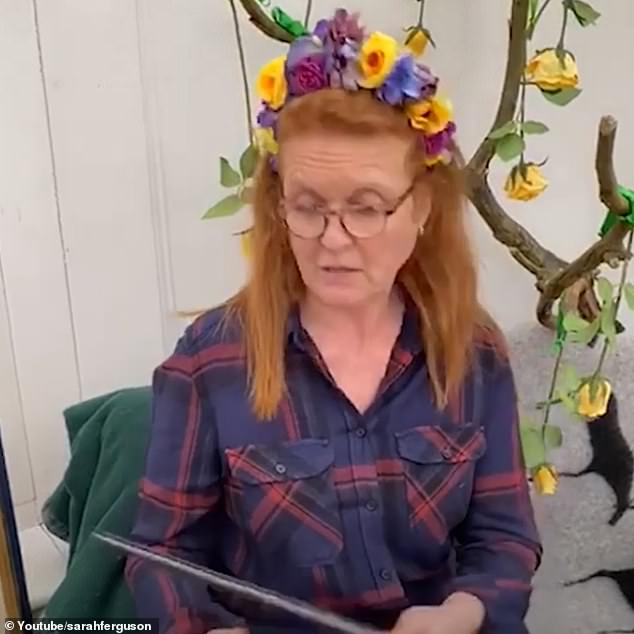 Fergie put on an animated display as she read the children’s book, which follows a kitten exploring a big city in the middle of the night

Finishing the story, she said: ‘I think we understand why the kitty is having a little rest on the mat during the day, because it is absolutely about the nightout for the kitty.’

At the end of her storytime, she advised viewers ‘not to go prowling’ or ‘jumping about’, while telling them to head off to bed.

As well as reading children’s stories to keep youngsters entertained during lockdown, Fergie has also been helping daughter Eugenie with charitable endeavors to support NHS staff.

The daughter of Sarah Ferguson and Prince Andrew has been very active in trying to keep people’s spirits up amid the COVID-19 pandemic. 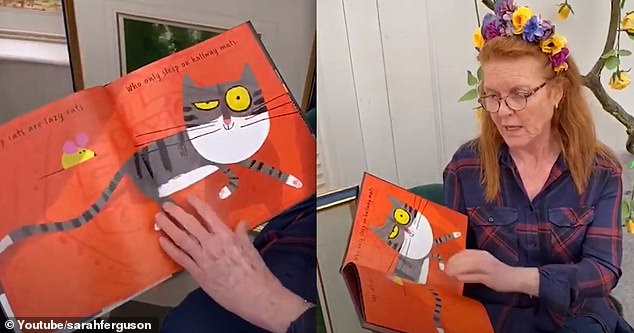 Eugenie has made a habit of sharing various uplifting moments on her Instagram stories.

It was revealed on Wednesday that the Fergie, Princess Eugenie and her husband Jack Brooksbank haddelivered pre-made lunches to NHS frontline staff in London.

One image shared with the post captured Eugenie, 30, and Jack, 34, wearing protective masks as they stood by their car, with a member of staff standing at a safe distance. 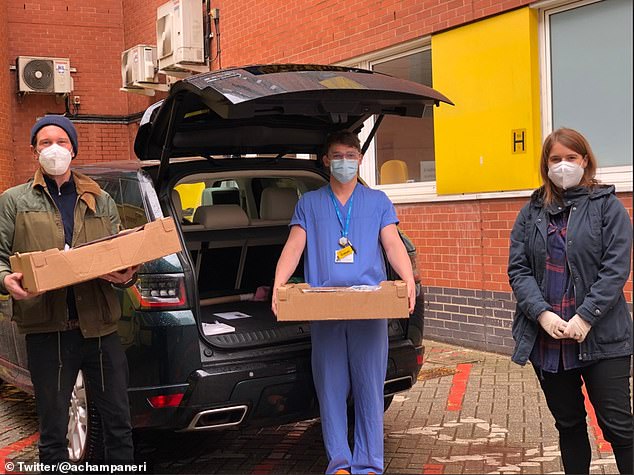 The snap of the pair was posted with the caption: ‘A big thank you to ⁦@SarahTheDuchess⁩, Princess Eugenie and their team for a delicious supply of healthy lunches ⁦@ImperialNHS⁩ ⁦@NHS⁩ ⁦#angieslittlefoodshop.’

Sarah, who has recently signed a publishing deal for seven new books, is already the author of more than 25 books, including the Budgie The Little Helicopter and the Little Red series.