Sarah Ferguson: The Duchess broke this royal tradition at her wedding to Prince Andrew

Sarah Ferguson and Prince Andrew married at Westminster Abbey on 23 July 1986 before separating ten years later. The couple have had two children together, Princess Beatrice, 30, and Princess Eugenie, 29. At the wedding, Sarah followed many royal traditions and wore a stunning white dress and the York tiara. However, the royal redhead still managed to break protocol and add her personality to the big day.

When the couple married, the Queen’s son, Prince Andrew, was fourth-in-line to the throne and they were given a lavish royal wedding.

She also wore the glamorous York tiara, which was seen for the first time on the occasion.

Sticking with royal tradition, the tiara was part of the royal collection and is thought to have been a gift from the Queen.

Sarah also wore a traditional engagement ring which has a coloured stone in the centre ringed by diamonds – a style worn by many royals. 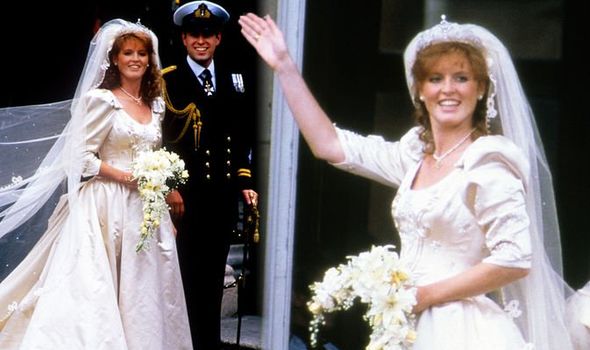 As royal fans watched on, Sarah found a way to break tradition on her wedding day.

Up until this point, royal brides would often carry a large bouquet of flowers and this is something both the Queen and Princess Diana did at their weddings.

When Sarah married Andrew, she chose to carry a much smaller bouquet.

This is something that has since been followed as Kate Middleton also opted for a modest bouquet.

Choosing to make a statement with flowers, Sarah was also reportedly the first recent royal bride to wear flowers in her hair at the ceremony. 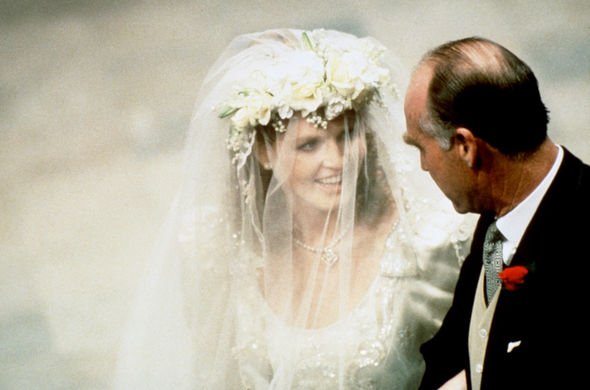 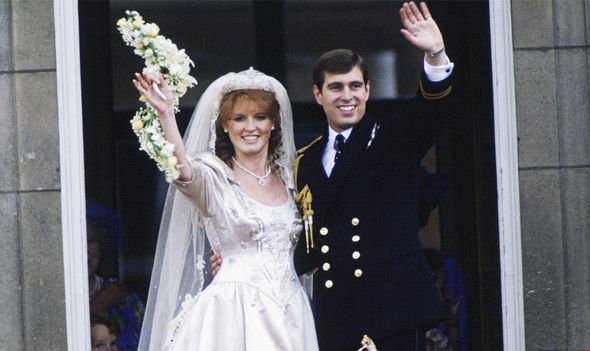 Although Sarah and Andrew separated in 1996, they appear to have stayed good friends and are still spotted out together.

Recently, Sarah prompted fans to call for a reunion as she posted an Instagram post for her ex-husband.

The Duchess uploaded a selection of photos of Prince Andrew, the Queen, Princess Beatrice and Princess Eugenie, where she wrote she was “so proud” of her ex-husband.

Royal fans were thrilled to see the couple pose together and commented their support.