It’s every wife’s nightmare. But when SARAH JONES discovered her partner was cheating with his secretary, she sought revenge with devastating consequences

Daisy was asleep in her pram, and I was pushing her around a local park. At 18 months old, she looked so peaceful, so innocent. By contrast, I’d had no sleep at all the previous night and yet I wasn’t the slightest bit tired. I was pumped full of adrenaline and seething with anger.

On my mobile I called Mark’s number — the husband of the woman with whom my husband had been having an affair. My hands were shaking so badly that it took a few tries to get the number right, but I wasn’t going to back out now.

I was desperate, with a kind of blind fury, to tell him exactly what his wife Jo had been getting up to with Paul, my husband of ten years. I wanted Mark to know so that her happiness would be ruined, just as she’d ruined mine.

It was summer 2019, pre-Covid, pre-lockdown, and the day after I’d discovered the affair. 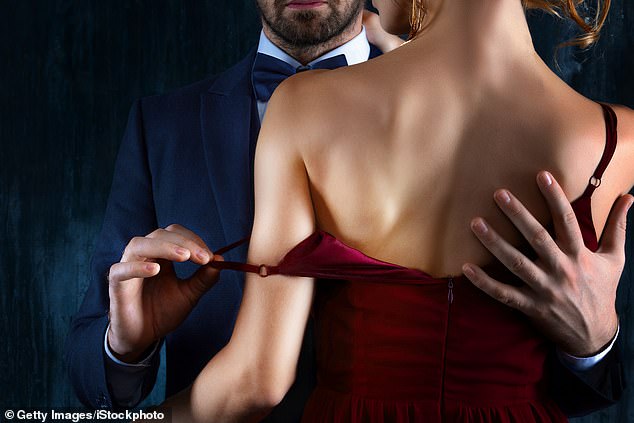 Jo was Paul’s office assistant at the social media agency he runs. I barely knew her, but I did know that she and Mark and their two children were on the first day of a summer holiday in Spain. It felt deeply satisfying to be derailing it.

‘Mark. I’m Paul’s wife. Do you know Jo has been sleeping with my husband?’

I paused. I wanted my words to really hit home. If my marriage was on the rocks, I was going to take hers down, too.

‘They’ve been having an affair for months, in the office — having sex on my husband’s desk. Did you know?’

He started swearing, asking me if I was joking or if I was kidding. I was very much not.

‘Your holiday? It’s ruined my life!’ I hissed.

‘Tell your husband that when I’m back, I’m going to pay him a visit.’ He hung up. 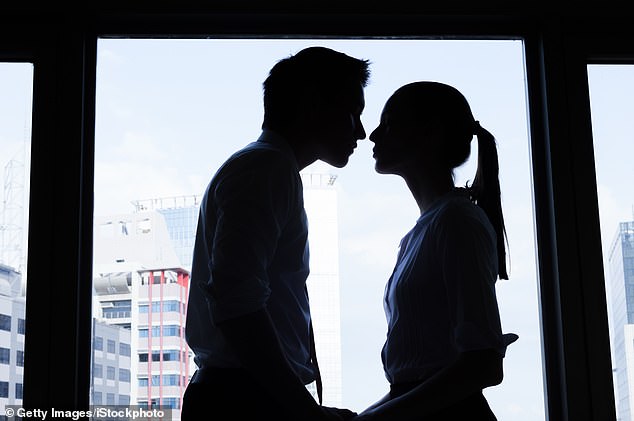 Paul and I had a whirlwind romance after meeting in 2009. We seemed like a perfect match, and when he proposed just ten months later, I was overjoyed.

My friends and family adored him. I wouldn’t have believed him capable of cheating on me for a second back then. But five years in, we hit a rough patch when, despite several attempts, I failed to get pregnant.

We went through two gruelling rounds of IVF and eventually it worked, but the procedures took their toll on our relationship and when Daisy arrived, we drifted further apart.

She was a terrible sleeper, so Paul was relegated to the spare room and we stopped having sex. We had gone from being a tactile couple who held hands and shared kisses, to nothing. Post-natal depression played a part, too. We started to row.

I suppose I had suspected him of having an affair with Jo for a while. She was younger than me, though not prettier. She was somehow less complicated and more outgoing, which I knew he’d find attractive. I know, I know — but I couldn’t help comparing myself to her.

Paul had employed Jo in 2018, and her husband Mark, who works in IT, had been in and out of the office, too, doing odd jobs. I was kept at arm’s length — never invited for a drink with the team, for example — and on the odd occasion I’d met her, she’d been distinctly cold.

But when I asked if anything was going on, Paul always denied it. I was imagining it, he said. He would roll his eyes and ask when on earth I thought he would have the time, what with running his own business and having a baby. He made me feel like the paranoid new mother.

Then I found proof.

One night in July 2019, I decided to look through his phone. I’m not proud of that, but it was the only way I could think of to get to the truth. And there it was glowing on the screen — a call to Jo at 1.30 am on a Sunday, while he was on a boys’ night out.

I asked him about it immediately. ‘Why did you call Jo at that time of night?’

The long silence confirmed my fears. ‘There was a work problem.’ It was a lie so utterly ridiculous, I felt embarrassed for him. I also felt insulted that he would think I was stupid enough to believe it. There was a problem with a customer, he said. She had texted him to let him know. He wanted to get the issue sorted. Yes, at 1.30 am.

There was an unattractive desperation in his voice. He was like an animal caught in a trap, thrashing about, but still he wouldn’t admit it. We rowed for hours, until finally, he confessed: he’d called Jo to tell her he was falling in love with her. He insisted it was one-sided. Nothing physical had happened.

My heart sank. I had already lost him.

He pleaded with me not to call her, not to ‘ruin her life’ over his mistake.

But it was OK to ruin my life.

I told him to leave, but before he did, I ran upstairs with his phone so that I could write down Jo’s number. Her husband was also in his contacts, so I made a note of that, too.

The following morning, I got Daisy ready for the day as usual. I felt sick, but knew I had to confront his mistress if I wanted to know what was really going on. I wasn’t going to hear it from Paul.

By mid-morning, en route to the park, Daisy sleeping, I took a deep breath and called Jo’s number. ‘Paul’s told me everything,’ I lied. ‘We’ve been up all night. I know.’

The line went silent. Then I heard quiet sobs. I knew I had the upper hand and something inside me rejoiced. She clearly wasn’t as good a liar as Paul.

‘I’m so sorry,’ she whispered. ‘We only kissed once. I immediately regretted it. I didn’t want any of this to happen.’

With faux confidence, I said: ‘What really happened, Jo? I’ve called you, woman to woman, to give you the chance to tell me yourself. The least you can do is tell the truth.’

A bittersweet moment. I felt validated, yet devastated. After months of being told I was paranoid, I finally knew the truth; I should have trusted my gut.

‘Don’t tell my husband,’ she begged me. ‘I can’t put my two girls through this. I love him and want to make my marriage work.’

She was asking me to have sympathy for her. To care about her family. I certainly couldn’t imagine she had spared a thought for me, and my baby, while romping with Paul.

But I told her I was a mother, too, so I would let her tell Mark herself. She said she would.

I hung up and called Paul: the line was engaged. I called Jo and heard the same tone. She had phoned my husband instead of speaking to her own. How dare she have the audacity to break her promise to me.

But, of course, she had. She was a liar who had helped to rip my marriage apart, and I was the idiot giving her a second chance. I felt like the biggest fool, again.

So, fuelled by rage, I dialled Mark’s number. I wanted to be the one to tell him what she had done, to hear him say the affair had destroyed their marriage, that he would never forgive her.

I imagined blazing rows between them; I hoped they’d have to cut short their holiday. I wanted her to pay for what she had done to my life.

And I knew this was the only way I would get any form of revenge. Anything else would be too public — and I wanted to protect my little girl.

But Mark’s response was disappointingly underwhelming.

That night, I summoned Paul to the house to collect his things and asked him questions I wish I hadn’t; where they’d had sex, whether it was good.

We both cried, but he didn’t ask for forgiveness or say he wanted to give our marriage another go. Instead, he looked lost — and I have never felt so broken.

That summer he moved in with his brother while I tried to adjust, but it was hard. My weight dropped and I had daily panic attacks. I found it almost impossible to accept he’d so carelessly ripped apart the future I’d taken for granted.

Worst of all, he couldn’t really explain why he’d done it.

Two weeks later, I learned the outcome of my furious phone call. Back from his holiday, Mark had stormed into his office, grabbed Paul by the neck and held him up against a wall, threatening to kill him if he ever went near Jo again.

I had no sympathy. At least one man knew how to keep his word. Of course Jo did not return to the office after that. Meanwhile, I tried my best to be amicable with Paul for Daisy’s sake — inviting him round to see her whenever he wanted.

And then, just before lockdown, he moved back — into the spare room — to share childcare so I could work. And that’s how we’ve remained. Eighteen months on, we’re still in limbo. I don’t want to split up because I’d hate to be without Daisy for half the week, but ultimately I’m stuck in a loveless marriage.

I can’t forgive him, I wouldn’t even know where to start.

To the outside world, we look like a couple. Throughout lockdown and now under the latest restrictions, we take Daisy out for walks together, we eat dinner as a family, we split the chores … but sleep in separate rooms. Even our neighbours, who have children the same age as Daisy, have no idea.

Every now and then, my jealousy rears its head and I search for Jo’s page on Facebook. What I saw one evening this summer shocked me. She had posted a photo with the status: ‘Taking some time off with my incredible hubby for an amazing adventure in Cornwall with our girls #family.’

It stopped me in my tracks. They had stayed together. My plan for revenge had backfired.

While my marriage seemed unfixable, they were flaunting theirs, taunting me with their ability to reconcile.

It felt like the knife in my back was being twisted. The affair that had decimated my marriage had somehow managed to make theirs stronger.

She had got away with it. And that, above anything else, is the bitterest pill to swallow.

As told to Carol Driver. Names have been changed to protect identities.