SARAH VINE: Yes, Jagger’s an alley cat but I’ve got sympathy for the old devil

News that Rolling Stones frontman Mick Jagger is to undergo heart surgery to replace a faulty valve took me rather by surprise.

Not just because the perennially perky, whippet-thin Peter Pan of rock has always seemed so immune to the humiliations of age. But also because, well, let’s be honest, who knew the old goat even had a heart?

Whatever else you may think about Jagger as a rock star — and I am a great fan of his music — no one could ever accuse him of sentimentality when it comes to affairs of the ticker. The 75-year-old has all the morals of an alley cat. 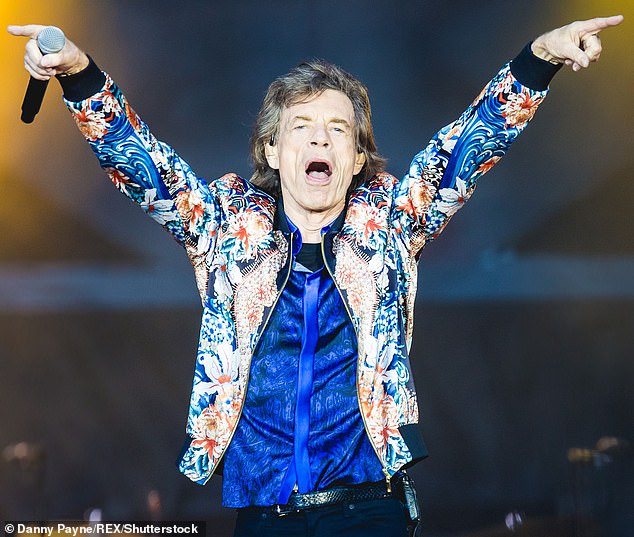 Sir Mick Jagger (pictured Sunday following a family trip to the beach) will undergo heart valve replacement surgery this week in New York City, it has been claimed

There’s Chrissie Shrimpton, sister of Jean, who took an overdose of sleeping pills after Jagger left her for Marianne Faithfull — married with a baby of her own at the time. Jerry Hall, who gave him four children but had to endure him conducting an affair with ex-model Carla Bruni (now married to France’s ex-President Nicolas Sarkozy), as well as fathering a child with Brazilian model Luciana Gimenez Morad.

He’s said to have slept with more than 4,000 women, from Brigitte Bardot (backstage in 1966) to Angelina Jolie. At one point he took up with the model Sophie Dahl, now 41, who’s more than three decades his junior.

He’s had eight children by five women. His current partner, Melanie Hamrick — the mother of the youngest — is just 32. Might she now be slightly regretting joining the party so late in the life of the ageing lothario? It’s one thing basking in the glory of a rock god; quite another nursing a sick old man through a heart op.

Fortunately, though, all the indications are that the operation will go without a hitch. Which, for fans like me, is absolutely vital.

Because for all his awful behaviour, his arrogance and the reports that he’s tight-fisted; for all the disregard he has shown friends and lovers over the decades, there is something utterly irresistible about the man.

A world without Jagger is a world without colour. It’s not just the songs, the incorrigible lyrics or the stage presence, which remain undimmed across the decades. It’s what he represents: a sheer unabashed lust for life, an elemental, selfish, irrepressible joie de vivre which seems rare in these anxiety-ridden times.

Just look at the latest pictures of him taken this week on Miami Beach, messing around with his girlfriend and his daughter by Jerry Hall, Georgia May. There he is looking utterly absurd in a baseball cap and sandals, surrounded by plastic toys and pulling ‘crying’ faces for his two-year-old son Deveraux, who’s tickled pink.

He is so completely focused on that curly-haired blond bundle with those trademark lips, nothing else — not even impending heart surgery — seems to matter. 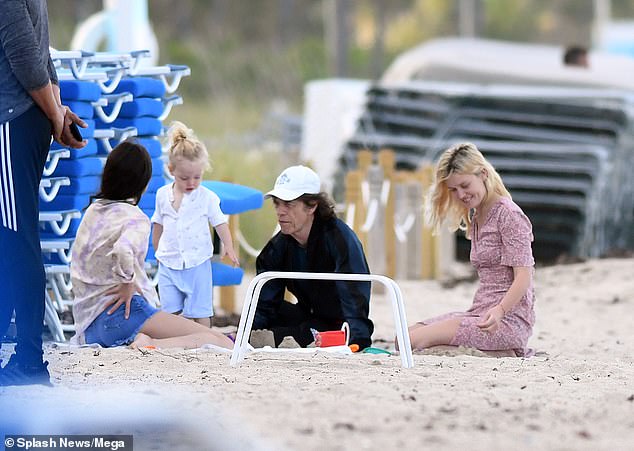 Mick Jagger relaxes on the beach with his girlfriend Melanie Hamrick (left), their son Deveraux and daughter Georgia May on Sunday ahead of heart surgery

It’s so typical of his generation — the baby boomers who seized life by the throat and never let go. For them, it was about making every moment count.

Such a contrast with today’s prevailing climate of hand-wringers. Where everyone seems paralysed by fear and indecision. Where no one seems to have the guts any more to just jump onto life’s stage, grab the microphone and see where the great adventure takes you.

That, for me, is what Jagger and the Stones have always represented. Something vital and virile.

Not something you would necessarily want to take home to Mother. But all the more thrilling for it.

Tell Laura we need her…

I woke up on Tuesday with a massive crush on the BBC’s Laura Kuenssberg.

Her show, The Brexit Storm, Laura Kuenssberg’s Inside Story, managed to be calm and clear, while at the same time offering real insight into the febrile atmosphere at Parliament which has turned what ought to have been a fairly simple task — leaving the EU — into an ongoing tragedy.

If what Brexit needs is a sharp mind to lead us out of this mess with incisiveness, impartiality and unflappable composure, I cant help thinking there is only one candidate: Laura. 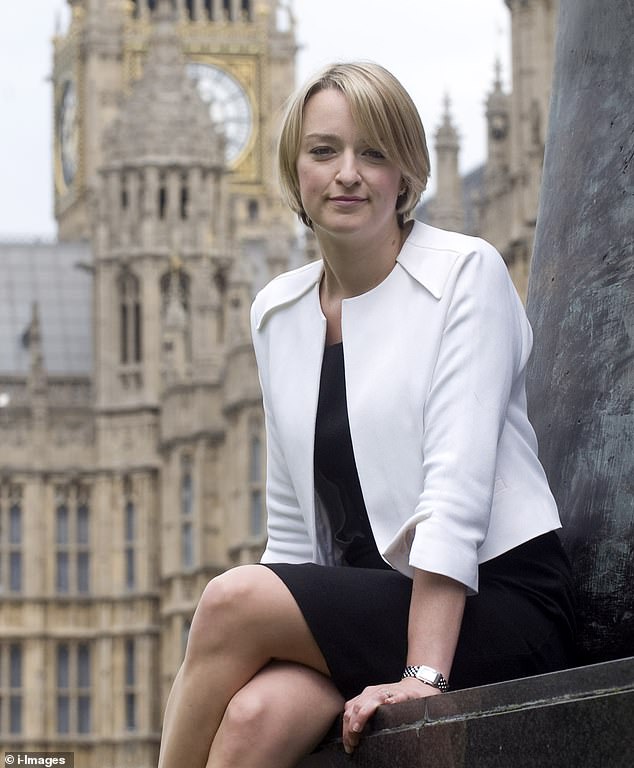 ‘If what Brexit needs is a sharp mind to lead us out of this mess with incisiveness, impartiality and unflappable composure, I cant help thinking there is only one candidate: Laura Kuenssberg’ (pictured)

The ‘plight’ of former ISIS fighters and their families continues to be highlighted. British-born Shamima Begum, 19, has just given another interview claiming she had been brainwashed and regretted ‘everything’.

Meanwhile, in a BBC interview, former British jihadi Hamza Parvez complained he had not fully realised what he was signing up to when he left his comfortable life in West London to join ISIS.

All crocodile tears. But what really adds insult to injury is the way these individuals still command the spotlight when the victims of their vile crimes struggle to get any coverage or help at all. In particular, the Yazidi people of Northern Iraq. 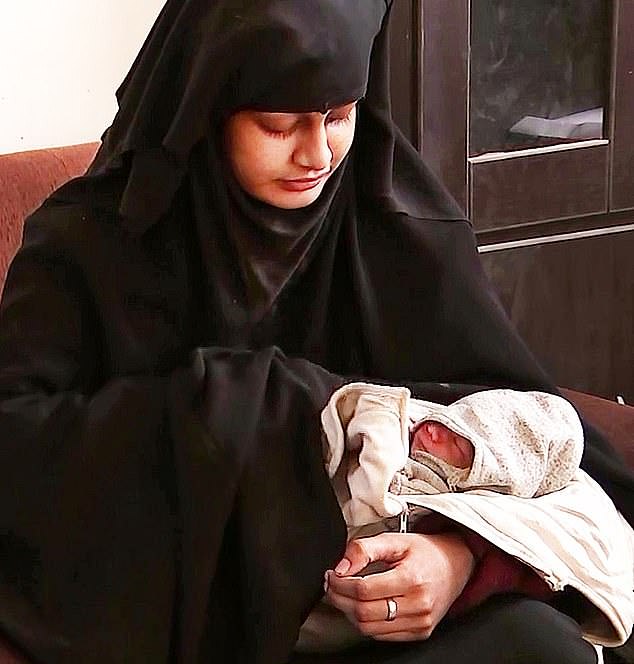 ISIS fighters systematically raped, tortured and butchered members of this peaceful people in a frenzy of violence that led the United Nations to declare an official genocide in 2014. Women and children were forced into sexual slavery, with so-called ISIS ‘brides’ complicit in their suffering.

Many are still enslaved. Others are in tented camps in Kurdistan, isolated and slowly dying. And yet all we ever seem to hear about are these ex-extremists who, now that their murderous gap year is over, want us to welcome them home with open arms and open wallets.

As Dr Paul Stott, from the Henry Jackson Society think-tank, said: ‘It must feel very strange to the Yazidis that people travelled from Britain to join the group responsible for their repression, and stranger still that some British politicians regard British ISIS members as, themselves, victims.’

There is a simple solution. Give the British citizenships rejected by ISIS fighters to those whose lives they destroyed. Nothing can undo the horror visited on the Yazidis — but it would be some kind of justice.

Oh dear, m’lord, this is medieval

The husband of a woman with learning difficulties is facing a legal ban on sexual intercourse with his wife on the grounds that her mental state might make it impossible for her to agree consent.

It sounds like an impossibly sad and tragic case. But equally sad and tragic are the comments of the judge in question, Mr Justice Hayden. ‘I cannot think of any more obviously fundamental human right than the right of a man to have sex with his wife — and the right of the State to monitor that.’

Sounds like the sort of thing you’d expect from a medieval Pope, not a judge in 21st-century Britain.

The wit to woo

James Corden laments the fact that chubby people are never seen falling in love or having sex on screen. ‘Certainly no one really ever finds you attractive,’ he says.

I’m not sure that’s true: otherwise, how else do you explain Towie’s Gemma Collins?

Either way, what does he care. One day, all those beautiful people will no longer be beautiful; whereas Corden — like anyone who has ever had to compensate for their looks with their wit — will always be funny. 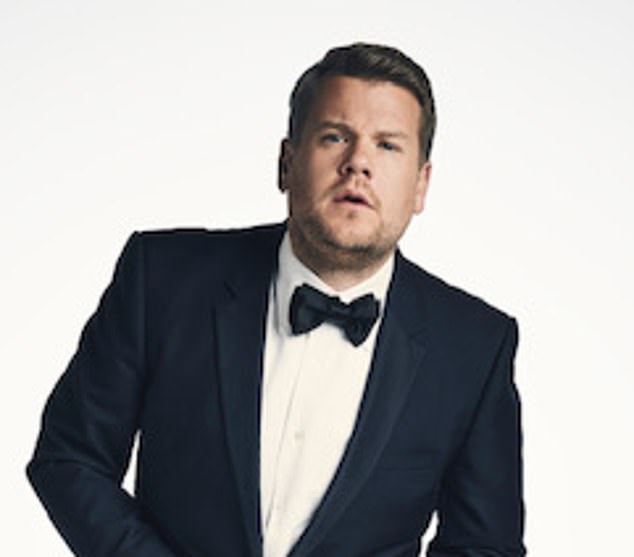 ‘James Corden (pictured) laments the fact that chubby people are never seen falling in love or having sex on screen. ‘Certainly no one really ever finds you attractive,’ he says

As the line-up of near-naked climate protesters took their positions in the public gallery of the House of Commons on Monday, I had only two thoughts. One: thank goodness environmental protesters tend to be on the young side (although there was one distinctly wrinkly-looking fellow ruining the view). And two: they were all white. In fact, I’ve never seen so many white bum cheeks all in one place. Now where’s Channel 4’s Jon Snow when you need him?

Why is it considered a ‘hate crime’, worthy of police investigation, to ‘misgender’ someone, yet the Labour MP David Lammy can stand on a platform at a rally and denounce those who don’t agree with him (in this case the ERG) as Nazis? More to the point, why was Anna Soubry, who has been so shamefully and viciously branded a Nazi herself, seen applauding enthusiastically next to him?

Are these people really so blinded by their own egos that they cannot see the double standards?