Schools close as US East braces for ‘long, difficult storm’

A nor’easter is burying states like New York and Massachusetts in snow in the first week of December.

ALBANY, N.Y. — A final wallop of a seemingly endless winter storm that impacted most of the country over the long holiday weekend is bearing down on the East, dumping heavy snow, shuttering schools and stymieing travel in the region Monday.

The storm dropped one round of snow on parts of the region late Sunday and could bring 10 to 20 inches total by Tuesday morning from Pennsylvania to Maine, forecasters said. Heavy snow was also expected in the Appalachian Mountains down to Tennessee and North Carolina.

Since Sunday, the storm has already dropped 20 inches of snow in East Glenville, New York, 15 miles northwest of Albany — the highest snow total in the Northeast so far.

HUNDREDS OF FLIGHTS CANCELED ACROSS THE US AFTER WINTER STORMS

The same storm has pummeled the U.S. for days as it moved cross country, dumping heavy snow from California to the Midwest and inundating other areas with rain. 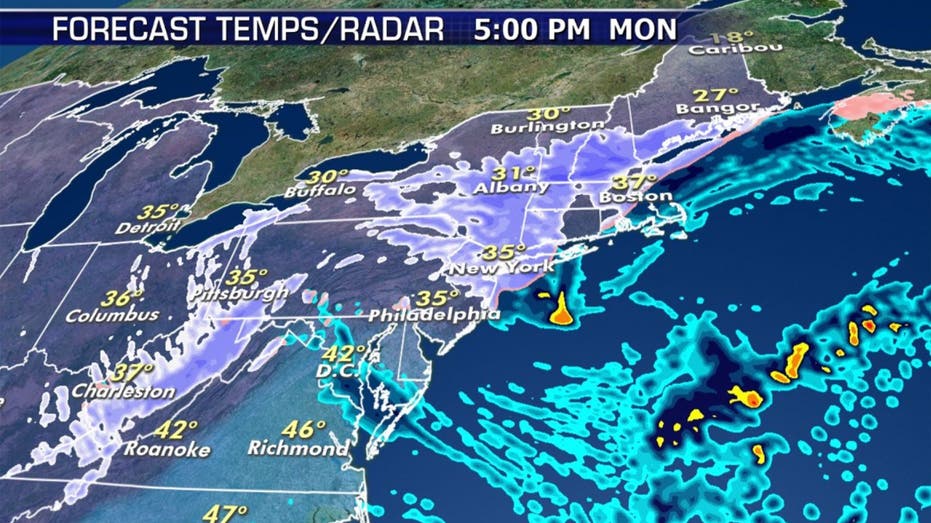 “We’re tough, we’ve seen it all, we can handle it all,” Cuomo said at a storm briefing before urging people to stay off the roads. He told nonessential state employees to stay home.

But some workers had no choice but to trudge through knee-high snow and brush off their cars before heading out on the slushy roads.

“I just hate driving in snow,” Kaia Jansson said as she raked snow off her car in Albany. “It’s always a mess and it’s cold and not fun.”

In Nashua, New Hampshire, Alana Kirkpatrick didn’t enjoy her 5 a.m. “workout,” which consisted of removing heaps of snow from her car.

“Why do I still live in New England?” she said. 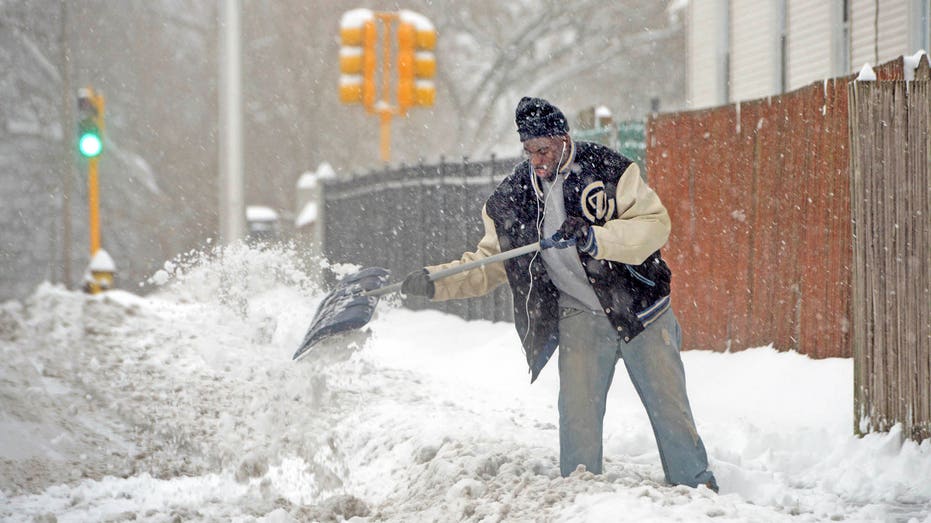 Hundreds of schools were already closed throughout the region, with more snow on the way.

In areas not already bludgeoned by the first wave, schools closed preemptively as rain was expected to turn into snow in the region’s first significant storm of the season, a nor’easter so named because the winds typically come from the northeast.

At least four counties closed schools Monday in West Virginia, where 2 inches to a foot of snow was forecast. Closer to the heavily populated, coastal Interstate 95 corridor, a wintry mix was more likely.

In New Jersey, Gov. Phil Murphy said Monday at a news conference that the worst was still ahead. He closed state government for nonessential workers at noon.

Only 3 inches of snow was forecast for New York City, where schools were expected to remain open, and 5 inches for Philadelphia. Up to 9 inches, though, was possible in Boston by Tuesday night.

More than 450 flights into or out of the U.S. were canceled Monday morning, with more than 2,300 delays, according to the flight tracking site FlightAware. Airports in the New York and Boston areas accounted for many of them. There were 950 cancelations and 8,800 delays on Sunday. 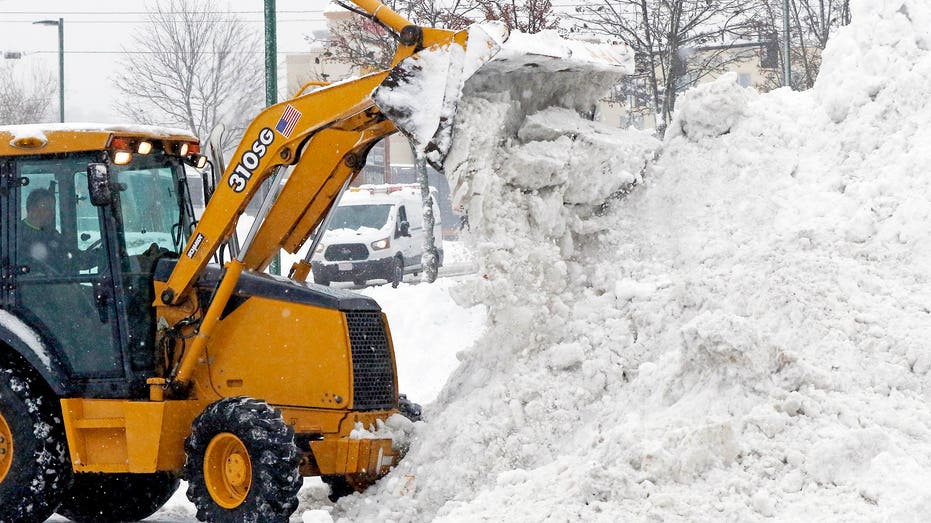 Many buses from New York City to Pennsylvania and upstate destinations such as Ithaca and Binghamton were canceled.

Dozens of school districts in upstate New York were closed Monday, along with several State University of New York campuses and other colleges. Many schools in southern Maine were also closed.

A commuter ferry on its way to Boston, where it was rainy and windy Monday morning, hit a wave and listed heavily, sending some passengers to the floor. No injuries were reported.

The trouble began in the East on Sunday as the storm moved out of the Midwest after days of pummeling parts of the U.S.

Duluth, Minnesota, is still cleaning up more than 21 inches of snow that dropped over the weekend. Major highways reopened in Wyoming and Colorado after blizzard conditions and drifting snow blocked them.