Australian Prime Minister Scott Morrison will not be appealing to Donald Trump to pardon Julian Assange following a British court's decision to reject the United States bid to extradite the WikiLeaks founder.

Supporters of Julian Assange are calling on Mr Morrison to lobby the US President to free the 49-year-old Australian, but government sources confirmed there was no intention to raise the matter with either the Trump or incoming Biden administration. 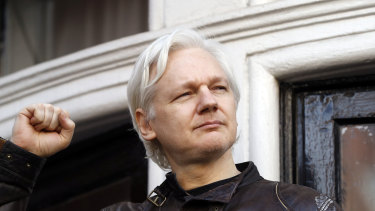 Mexico's President Andres Manuel Lopez Obrador has already said he will offer Julian Assange political asylum and supports the decision of a British judge to deny extradition of the WikiLeaks founder to the US.

"Assange is a journalist and deserves a chance. I am in favour of pardoning him," Lopez Obrador said. "We'll give him protection."

Labor MP Julian Hill said the decision not to extradite Mr Assange was welcome, although "made for poor reasons".

"The fight to save his life goes on," Mr Hill said. 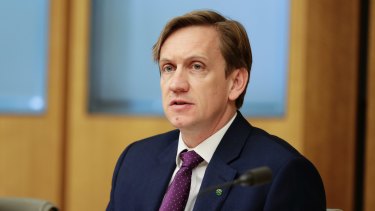 "Scott Morrison should defend him and demand he return home and promise not to extradite him to the US.

"I never thought I'd say this, but Trump should pardon him."

Crossbench senator Rex Patrick said the Morrison government "should immediately indicate whether they will seek a pardon" from Mr Trump, adding the "humanitarian case is clear".

Nationals MP George Christensen said the prosecution would appeal the extradition denial and a pardon from Mr Trump would "ensure the Deep State and a potential Biden administration cannot pursue further action against Assange". He called for the British government to immediately release Mr Assange and return him to Australia.

"He is being held without any charge in the jurisdiction where he is being held, so there is no justification for him to stay in Belmarsh Prison for a moment longer," Mr Christensen said.

"Furthermore the Australian government should ensure that when he is returned to Australia, there is no avenue for an extradition from his home country to the United States."

Independent MP Andrew Wilkie said the court's judgment confirmed the "terrible personal toll on Julian Assange and the grave risk to his life should he be extradited to the United States".

"But regrettably it fails to address central issues like freedom of speech, media freedom and the US claim to extraterritoriality," he said.

"Julian Assange must now be freed and allowed to return to Australia. And the Australian government must rule out any possibility of his extradition from this country should he return home.

"I also call on President Trump and President-elect Biden, to let this be the end of the matter. Julian Assange should be lauded as a hero, not a villain."

Mr Morrison said Mr Assange would be free to return to Australia once the appeals process is finished.

"If that all turns out, he's like any other Australian, he would be free to return home if he wished," he told 3AW.

"That would be a matter for him when those proceedings and processes end."

Mr Morrison said that consular support had consistently been offered to Assange, but made clear the government was not a party to the legal proceedings.

Prominent barrister Geoffrey Robertson, who unsuccessfully defended Assange against extradition proceedings in 2010, called on the Australian government to throw its weight behind the campaign to get the US Department of Justice to drop its appeal.

"The Australian government should ratchet up their support from the occasional consular visit up to the diplomatic level," Mr Robertson told Radio National.

"It should use its diplomatic facilities to urge a pardon [from US President Donald Trump]", he said or petition the incoming Biden administration to drop the appeal."