If you've got young children to buy gifts for this year, we've got an excellent choice that they'll love
Michael Roorda, Reviewed

It’s officially the holiday season, so get ready for Santa Claus coming to town and Bill Murray’s self-centered TV executive learning a thing or several about the meaning of Christmas.

Friday marks the 30th anniversary of “Scrooged,” director Richard Donner’s modern (at least circa 1988) take on Charles Dickens’ “A Christmas Carol” by centering on Frank Cross (Murray), a small-screen bigwig who’s mean as a Grinch to everyone and in sore need of a multiple-ghost comeuppance.

With more than a month until Dec. 25, you have plenty of time to seek out all sorts of holiday fare – including the new Netflix action-adventure “The Christmas Chronicles” with Kurt Russell as Santa. 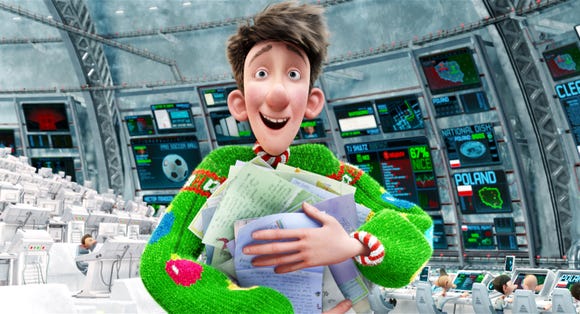 Santa's son Arthur (voiced by James McAvoy) notices one kid is forgotten at Christmas and decides to right the situation in "Arthur Christmas." (Photo: AARDMAN ANIMATIONS FOR SONY PICTURES ANIMATION)

The underrated, animated British gem centers on Santa Claus’ son Arthur (James McAvoy) who works on a deadline to get a present to the one girl forgotten by his family’s militaristic, high-tech delivery system. 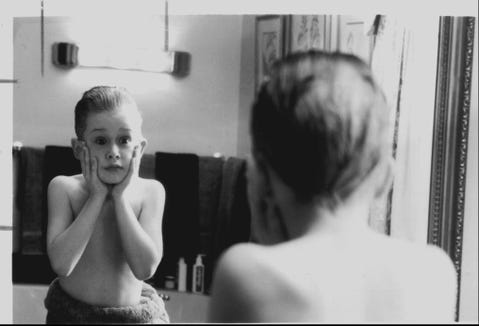 Macaulay Culkin starts as an 8-year-old who defends his house against a pair of burglars on Christmas in "Home Alone." (Photo: TWENTIETH CENTURY FOX)

Macaulay Culkin is unfailingly precocious and watching an 8-year-old foil a pair of dimwitted adult burglars in inventive fashion is fine and all. What’s often forgotten amid the kiddie shenanigans, however, is what the film has to say about the importance of family. 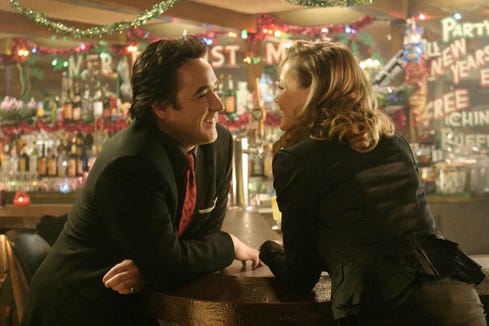 John Cusac (left, with Connie Nielsen) is a mob lawyer trying to get out of town with a bunch of stolen loot in "The Ice Harvest." (Photo: CHUCK HODES/FOCUS FEATURES)

Set in Wichita, Kan., on Christmas Eve, this twisty, cool and funny film noir casts John Cusack as a mob lawyer who steals $2 million from his boss (Randy Quaid) and has issues hightailing it out of town because of bad weather.

Maybe the strangest holiday love triangle you’re bound to see – with an affable angel (Cary Grant) falling for the spouse (Loretta Young) of the grumpy bishop (David Niven) he’s supposed to be helping – yet it kinda works. 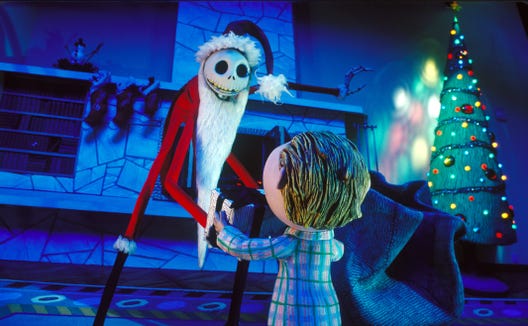 Jack Skellington (voiced by Chris Sarandon) takes on the role of Santa Claus in Tim Burton's "The Nightmare Before Christmas." (Photo: DISNEY)

Is this a Halloween movie? Sure. And is it a yuletide flick, too? You bet! Tim Burton puts his insane spin on a holiday mashup where Jack Skellington, the big man in Halloween Town, decides to take over the various aspects of Christmas Town – and arrange the abduction of Santa – until he realizes it wasn’t the greatest idea. 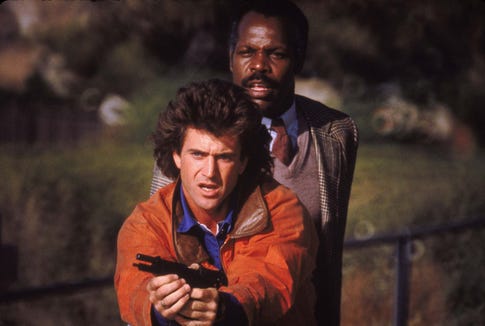 By itself, it’s one of the best buddy-cop action pictures forcing together Danny Glover’s aging Roger Murtaugh with Mel Gibson’s loose cannon Martin Riggs. The seasonal stuff just makes it all the better, including a shootout at a Christmas tree lot and Riggs, struggling with suicidal thoughts, ultimately finding a family to share a holiday dinner. 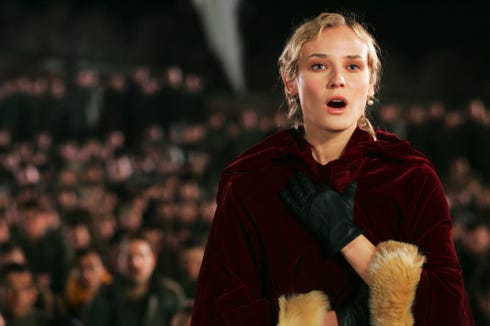 This war drama snagged an Oscar nomination for best foreign-language film and explores the victory of humanity over brutality chronicling the real-life story of the Christmas truce of 1914 when the World War I battlefield welcomed carols instead of carnage.

Two Bing Crosby musicals utilized the song “White Christmas”: Let’s leave off 1943’s “Holiday Inn” with its cringe-inducing blackface sequence and instead include Crosby teaming up with Danny Kaye as crooning World War II G.I.s who attempt to save their old commanding officer’s country inn with the help of a sister act (Rosemary Clooney and Vera-Ellen).

The holiday tale doubles as a good entry into horror for youngsters, with a small town beset by freaky gremlins because teenagers can’t follow simple instructions. Also: Try finding anything as cute as little Mogwai Gizmo in a Santa hat. Cannot be done.

The basis for the Tom Hanks/Meg Ryan romantic comedy “You’ve Got Mail” is this Hungarian holiday jam featuring Jimmy Stewart and Margaret Sullivan as bickering co-workers at a Budapest leather-goods store who’ve unknowingly fallen in love with each other through anonymous letters. 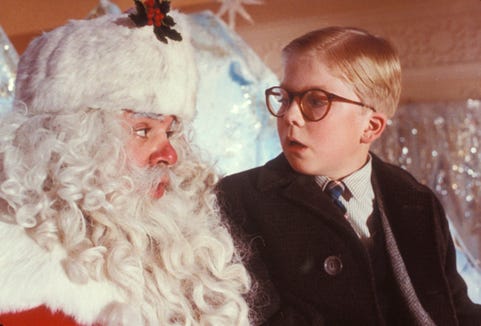 Full disclosure: I despised this movie as a kid who wasn’t into BB guns or leg lamps. As an adult, though, the comedy resonates more as an ode to the exhaustive nature of being a parent around the holidays and how everybody’s just trying to get by at the holidays, even the tired mall Santa.

Among the various “traditional” versions of the Charles Dickens classic – from “Muppet Christmas Carol” to the excellent George C. Scott TV movie – this one cuts right to the dark tones of the original text, with Scrooge (Alastair Sim) living through an insightful horror film to come out the other side as a better man. 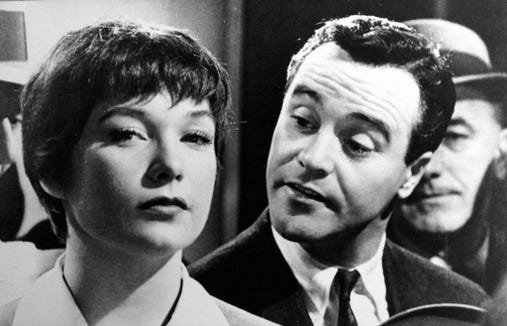 An elevator operator (Shirley MacLaine) is the object of affection for a lonely office worker (Jack Lemmon) in Billy Wilder's 1960 film "The Apartment." (Photo: UNITED ARTISTS)

The romantic dramedy stars Jack Lemmon as a nebbish office drone known for lending out his place for bosses to take their mistresses. He puts the focus back on himself when he starts to fall hard for an elevator girl (Shirley MacLaine), whom the big boss (Fred MacMurray) secretly takes to the love den on Christmas Eve. 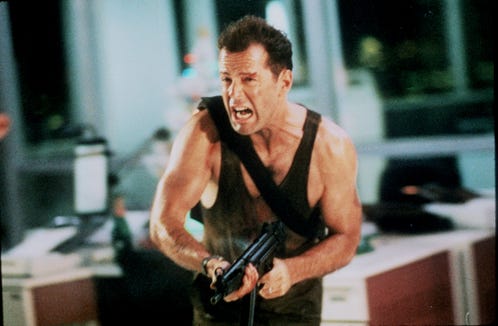 Heck yeah, this is a Christmas movie, just in case there was any doubt. And sorry, Santa, no one fits through tight spaces in a building to get the job done – in the case of this classic action film, thwarting terrorists and saving his estranged wife – better than Bruce Willis’ iconic John McClane. 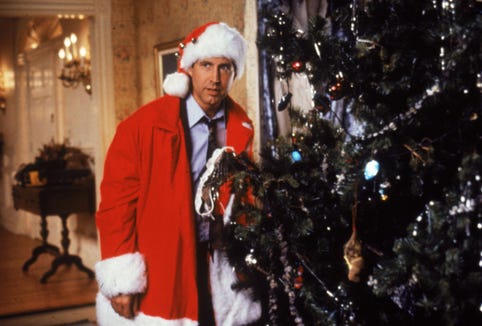 Anybody who’s ever tried entirely too hard during the holidays can empathize with Clark Griswold (Chevy Chase) and his hilarious battles to decorate his house, deal with wacko relatives – we all to have our own Cousin Eddie (Randy Quaid) – and have the merriest Christmas imaginable, with himself often acting as his greatest foe. 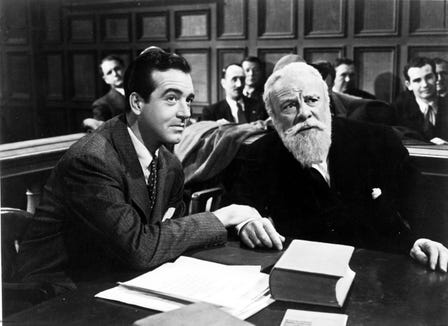 If you can withstand the gratuitous hokeyness, there’s an intriguing “Law & Order” episode to be had here when the Kris Kringle himself (Edmund Gwenn) does a little too good a job replacing a drunk Macy’s parade Santa and gets put on trial for his mental instability when he insists he’s the real deal. 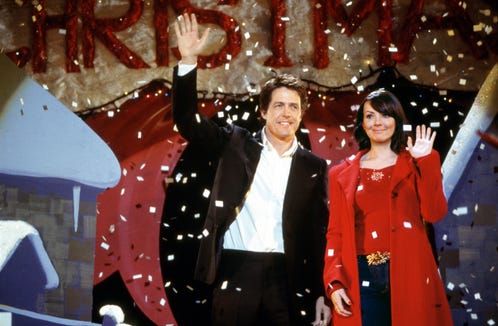 Often imitated, never duplicated. Intertwining tales of love featuring Brits and others conjure all sorts of holiday emotions  – some happy, other melancholy – and are entirely manipulative. But watching a little boy race through a Heathrow to find his crush or seeing Andrew Lincoln’s silent ode to Keira Knightley, you’re too busy being bombarded by feels to care.

For our money, the closest this century we’ve had to an honest-to-goodness holiday classic. Will Ferrell has one of his best roles as a naive overgrown elf who finds out he’s actually human, and the high jinks that follow when he’s introduced to “civilization” are filled with heart, humor and child-like wonder. 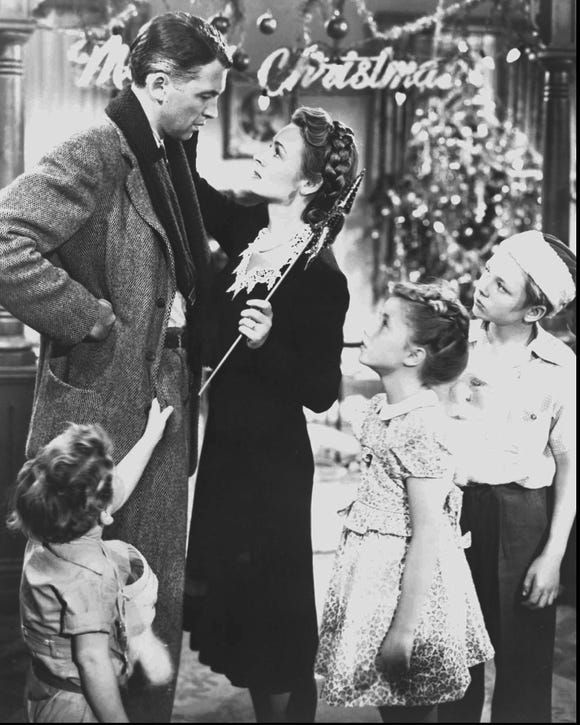 The “Citizen Kane” of Christmas films, though in its case everyone has seen Jimmy Stewart’s heavenly journey as George Bailey. Akin to the Scrooge model in its focus on the significance of second chances, with a man being shown how bad life would have been had he not been born, this thing will straight up pull the Christmas spirit kicking and screaming out of you. 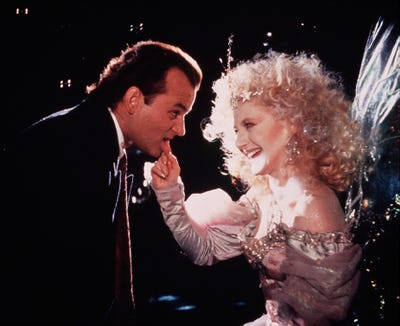 Born out of ’80s greed though is timeless in its relevancy, “Scrooged” is a pitch-perfect blend of slapstick and black humor, love and loss, life and death, that has no business being as astounding as it is. It’s superbly cast, from Bill Murray’s modern Scrooge-y Frank Cross to Carol Kane’s adorably sadistic fairy, and if you’re not welling up by the time “Put a Little Love in Your Heart” kicks in, you might be visited by three ghosts yourself.