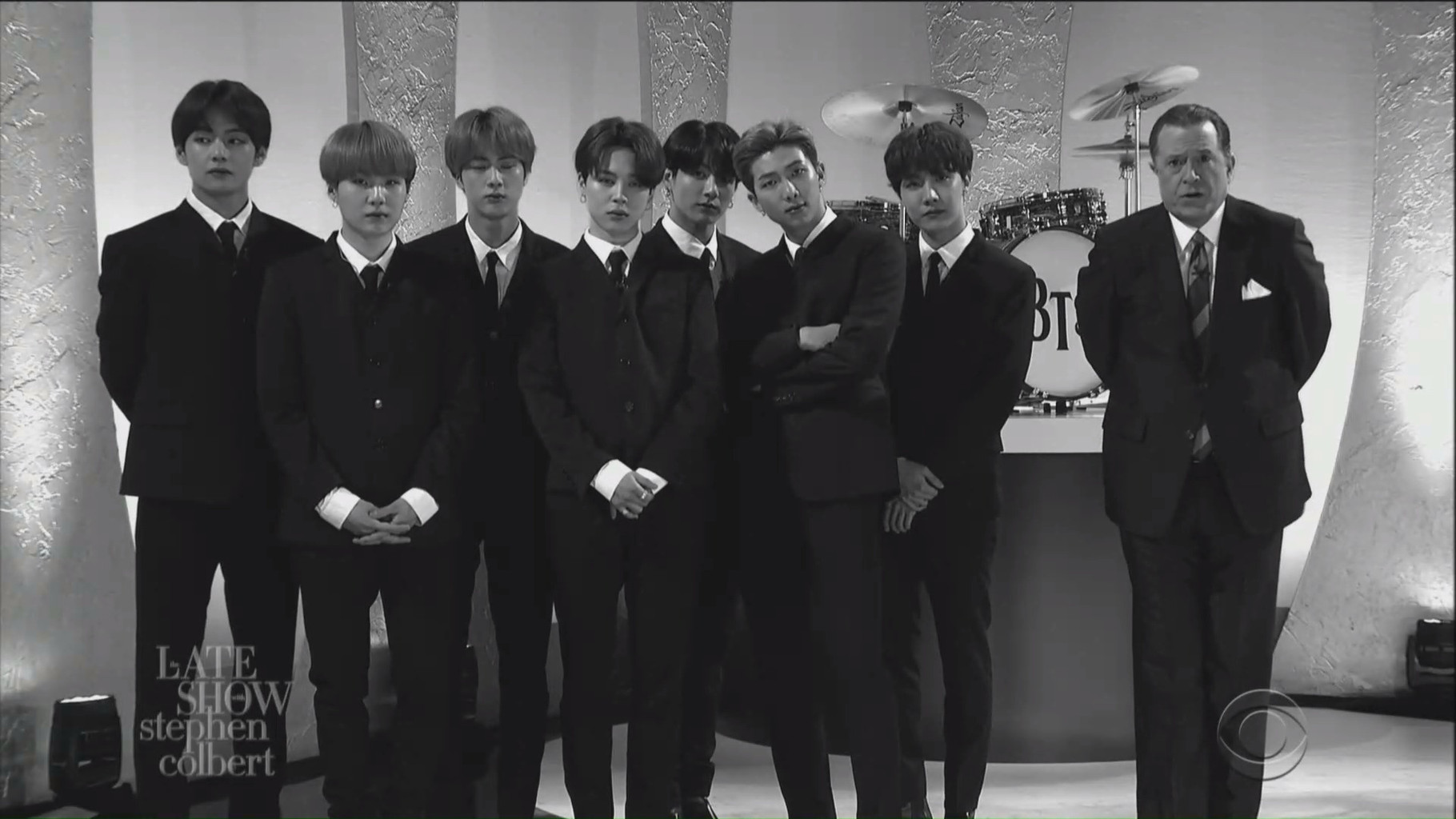 K-pop sensation BTS threw it back to 1964 as they channeled The Beatles during their Late Show With Stephen Colbert debut on Wednesday night. Stephen Colbert himself went all in with the nostalgic vibes and likened BTS’ performance tonight to that of The Beatles’ debut on The Ed Sullivan Show on Feb. 9, 1964—screaming fans included. In fact, Colbert records his show at the Ed Sullivan Theater in Manhattan, so it’s extra fitting.

Colbert dressed up like Sullivan (mannerisms and all) and introduced BTS in a black-and-white video where they all shared their names and a personalized message.

“And now, on the same stage 50 years later, plus 5 years, 3 months, 6 days, a new batch of mop-topped heartthrobs has landed,” the narrator said in the cold open video.

Colbert smooth-talked to the camera, “Ladies and gentlemen, tonight we’ve got a big, big show and it continues. You may have heard there’s a new musical craze sweeping the globe. These fellas are really something, and people are so excited, you can only call it BTS-mania.”

Colbert à la Sullivan continued, “These boys aren’t from America. No, they’re from across the pond—the big one. The one with Hawaii in the middle. They’re really a fine group of youngsters. You can call them the Fab 7. It’s got a nice ring to it.”

“Hi, I’m Jungkook thank you very much for inviting us.” 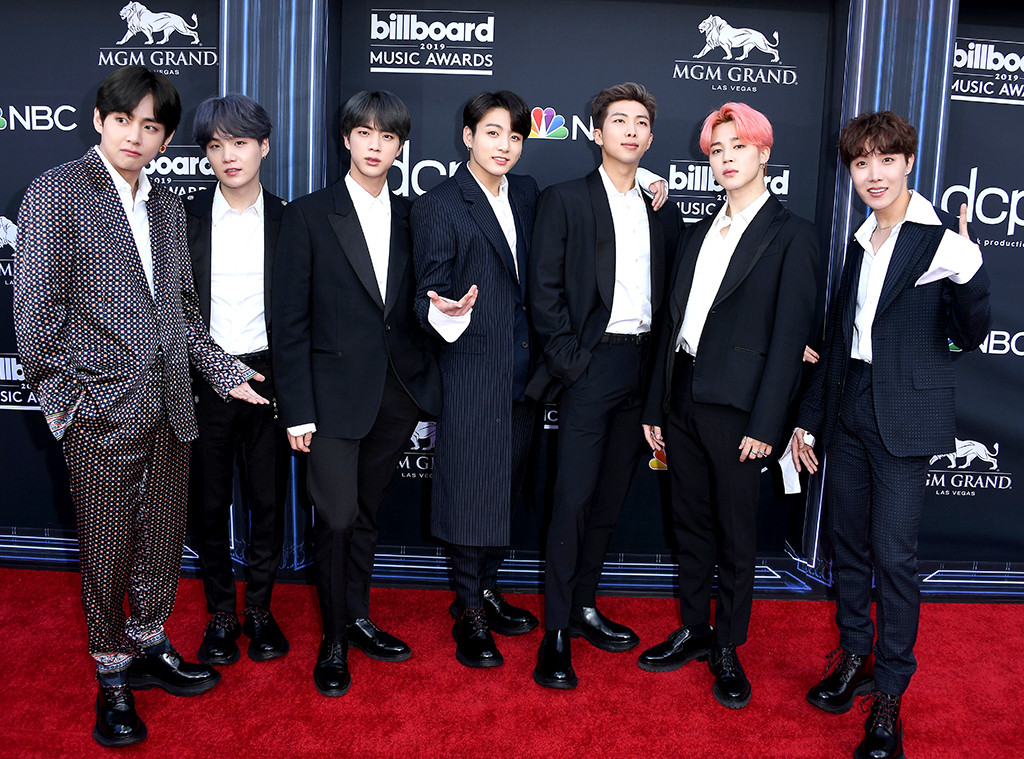 BTS has totally taken the world by storm as of late, which is evidenced by their high number of sold out shows as well as the fact that super-fans camped out in Central Park one full week before their Good Morning America concert.

The band is scheduled to perform their new song “Boy With Luv”, which they recorded with Halsey, on the show tonight.

They’ve had a very active and exciting few weeks. On April 12, they dropped their highly-anticipated album Map of the Soul: Persona and one day later performed on Saturday Night Live.

Halsey and BTS performed the song during the 2019 Billboard Music Awards and it brought the entire MGM Grand Garden Arena to its feet.

As it turns out, not even celebrities can maintain any chill when it comes to meeting the band. There are a number of Hollywood stars who can clearly put themselves into the category of BTS ARMY member.

The BBMAs were total proof of that.

Superfan Terry Crewslikened BTS to The Beatles and fellow BTS ARMY members were very content with that comparison. Similarly, Julianne Hough met the band on the red carpet before the awards show and she tried getting a picture, but someone’s fingers unfortunately made their way into the photo. Nick Jonas, Joe Jonas and Kevin Jonas even said their “main goal is to meet BTS” and they sure did.

Take a look at the photos below to see their Late Show debut. 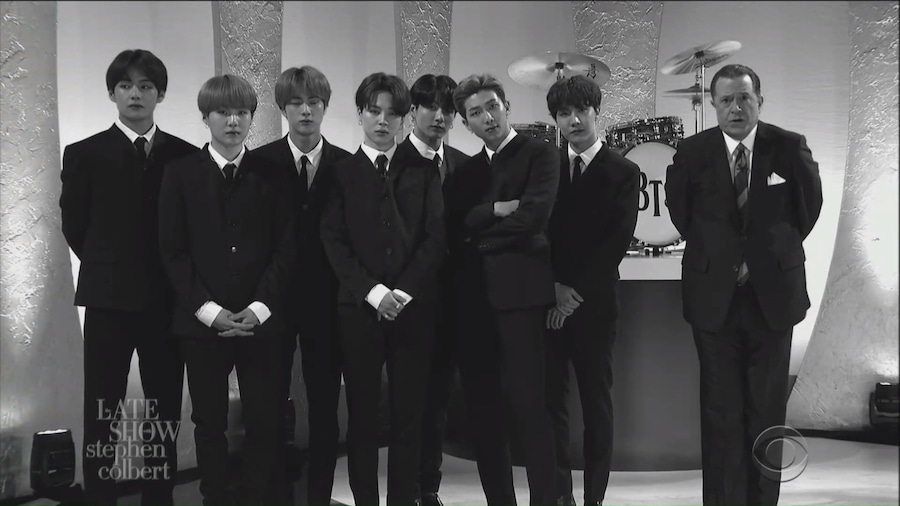 The band poses with Stephen Colbert, who channeled his inner Ed Sullivan for the intro. 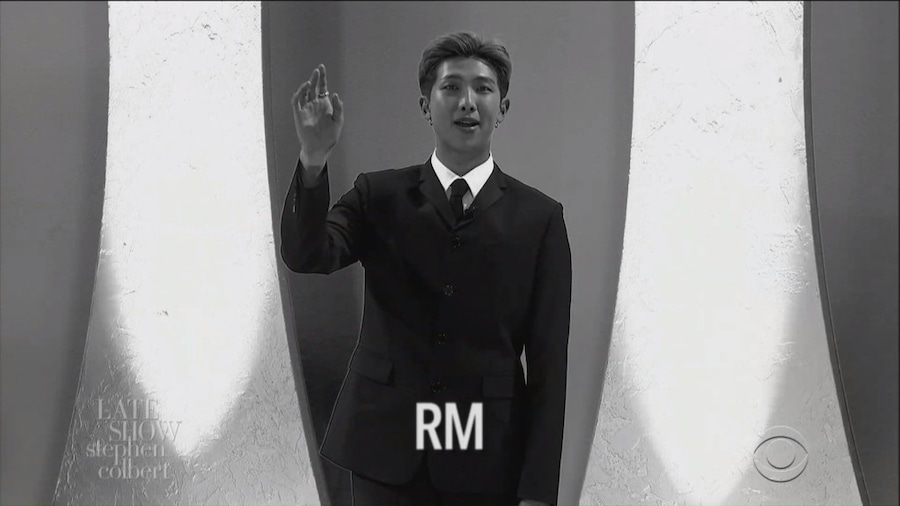 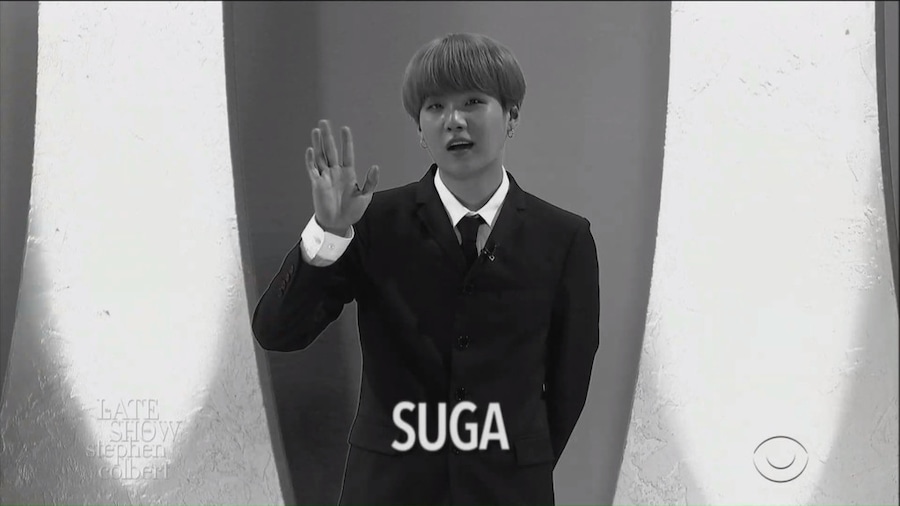 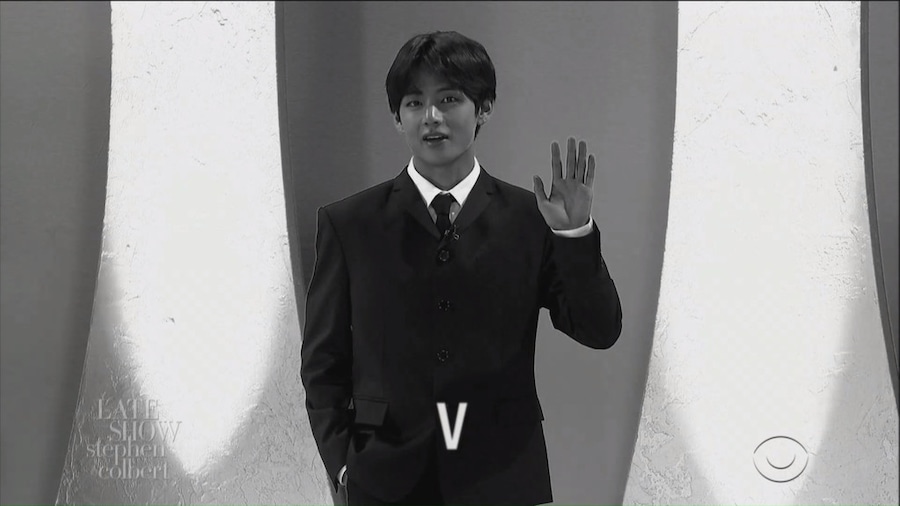 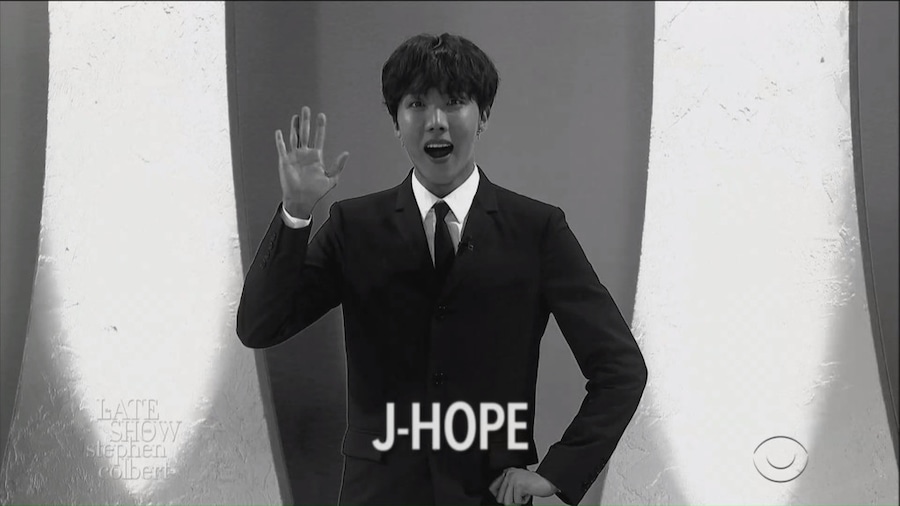 Bring your optimism because, “I’m your hope, you’re my hope, I’m J-Hope.” Yes you are! 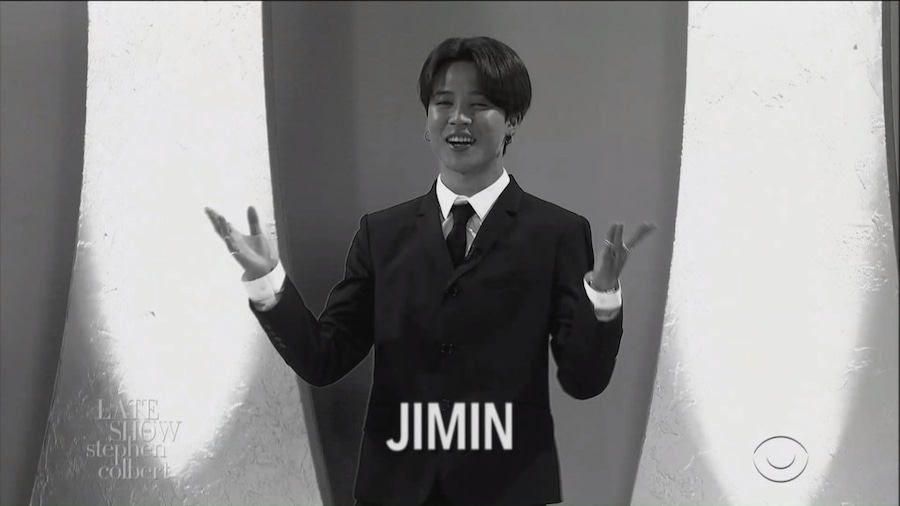 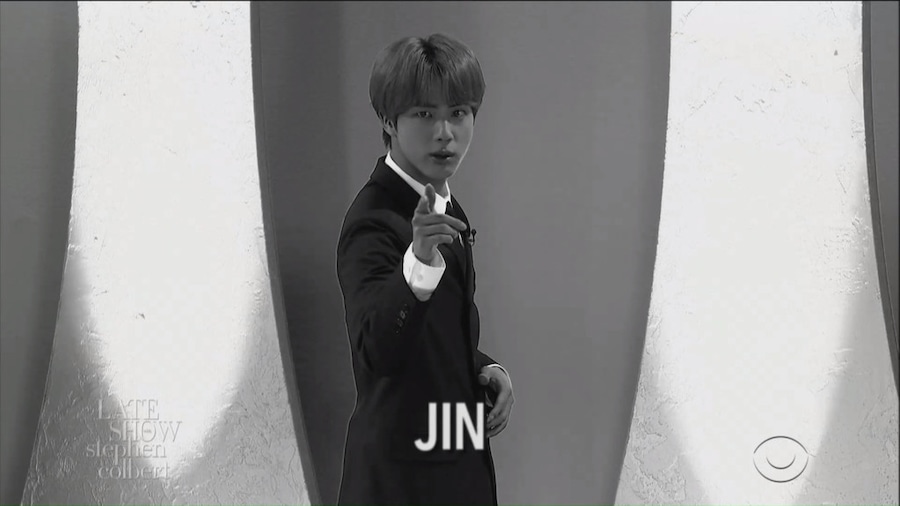 This is “worldwide handsome Jin. You know?” Oh we know. 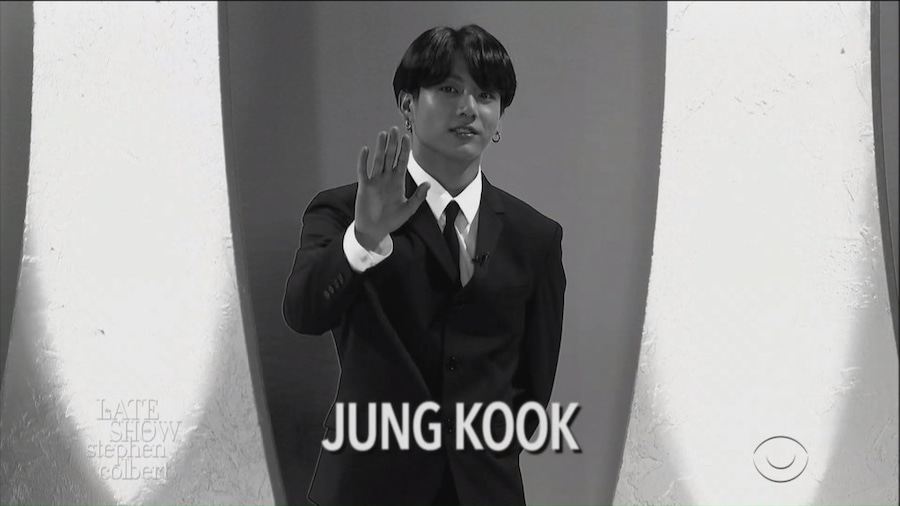 Jungkook shares, “Thank you for inviting us.” 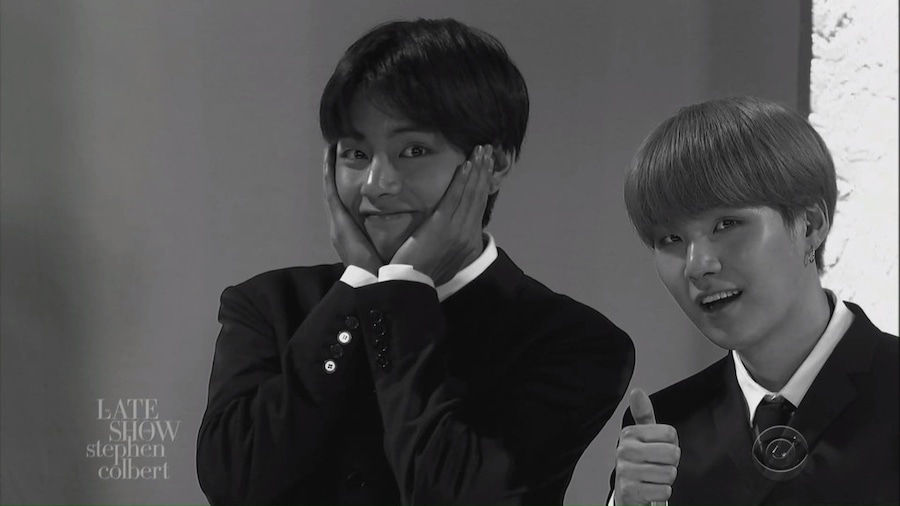 Stephen Colbert introduces them all by their nicknames, which happen to all be “the cute one.”

It looks like BTS really became Map of the Soul: Beatles Persona tonight.

Congrats on the big debut!