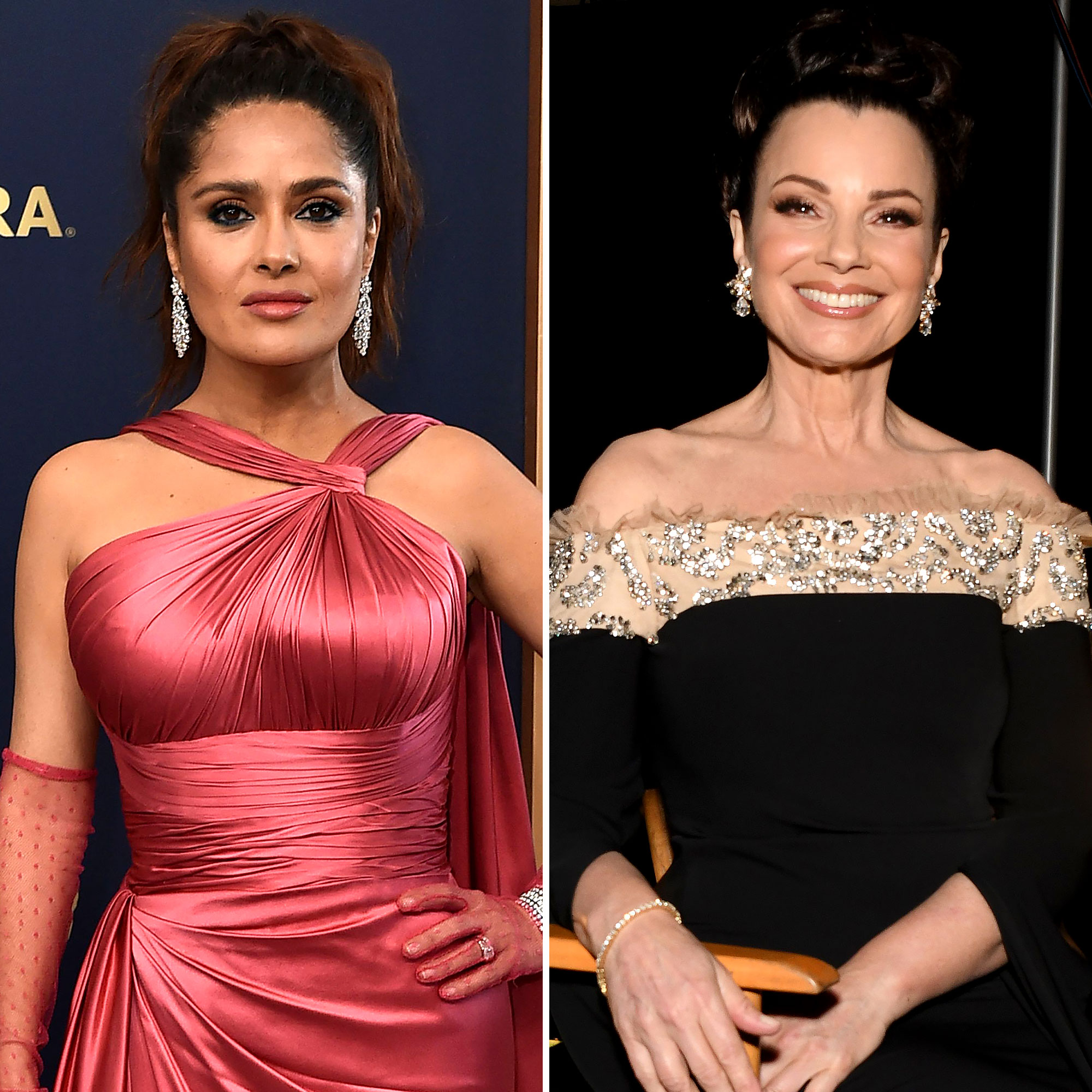 Crisis averted! While Salma Hayek looked perfect while presenting Michael Keaton with the SAG Award for Outstanding Male Actor, it turns out she narrowly avoided a major wardrobe malfunction just minutes before stepping on stage.

The 55-year-old actress took to Instagram on Tuesday, March 1, to clue her followers in on the behind-the-scenes snafu that went down with none other SAG-AFTRA President Fran Drescher in the bathroom. 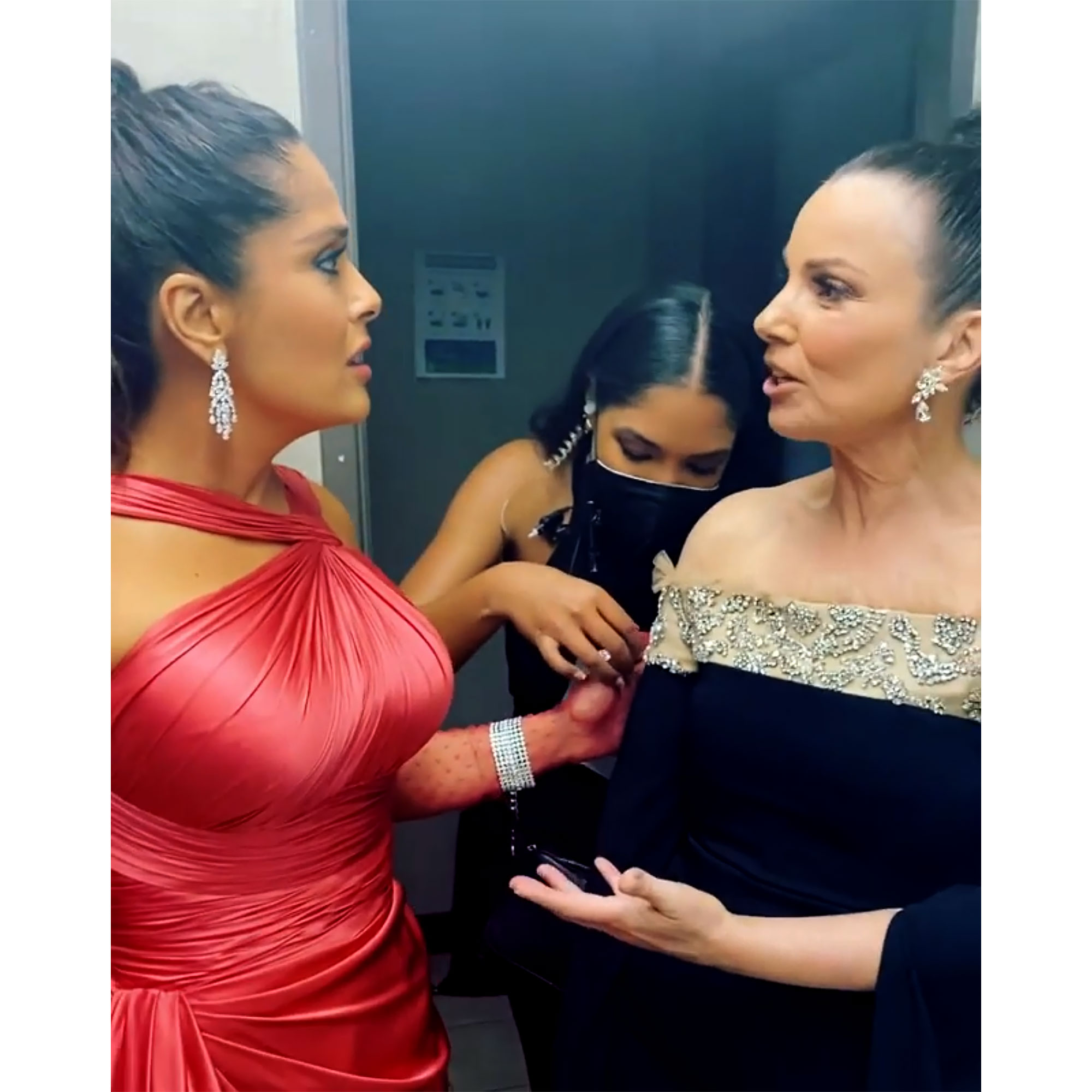 It appears that Hayek’s sheer Gucci glove got stuck to the sparkle appliqué on Drescher’s Reem Acra dress when the pair embraced in a hug.

Thankfully, a very concentrated woman was able to step in and carefully detach the two ladies without putting a pull in the Hitman’s Ex Wife’s Bodyguard star’s glove.

The 26 Best Beauty Looks at the SAG Awards

Hayek found the whole situation to be “funny” — and her Instagram followers agreed. “Props to the girl who set her hand free. The concentration,” a follower wrote, while another person said, “Yes, this is actually so iconic.” Someone else chimed in: “I love this so much.”

The Eternals actress wasn’t the only star to suffer a wardrobe malfunction at the big event, which took place at the Barker Hanger on Sunday, February 27. Selena Gomez, who wore a custom Oscar de la Renta dress, also ran into an issue with her extremely tall Christian Louboutin heels.

The 29-year-old star tripped on the red carpet, but she made the fall into a pretty amazing moment. She decided to ditch her heels altogether before presenting the award for Outstanding Performance by a Female Actor for a Supporting Role.

Naturally, the whole barefoot situation sent social media spinning. “I want to reach Selena Gomez confidence, she fell off her heels and then presented the award barefoot. She didn’t care what people would say. Queen,” a person tweeted. Another user added, “Selena going barefoot in front of some of the biggest celebrities is actually the most Selena Gomez thing she could do.”

The Rare Beauty founder later addressed the moment via Instagram. “Last night was such a magical one. I couldn’t keep my heels on but I didn’t manage to take a couple selfies,” she jokingly captioned her post.