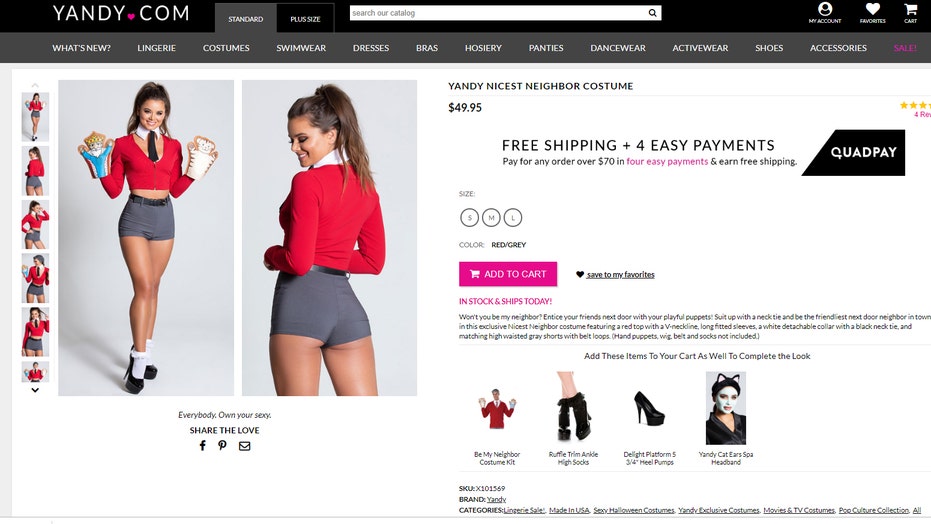 Lingerie company Yandy has unveiled its Meghan Duchess of Sussex-themed wedding costume… and it’s much shorter than what people might remember.

A skimpy "Mister Rogers"-inspired Halloween costume has gotten a stamp of approval from the TV icon’s own family — sort of.

John Rogers, the son of the late Fred Rogers, recently told TMZ that he doesn’t really understand how his father’s career could have inspired the sexy costume but admitted that Rogers would have at least found it funny. 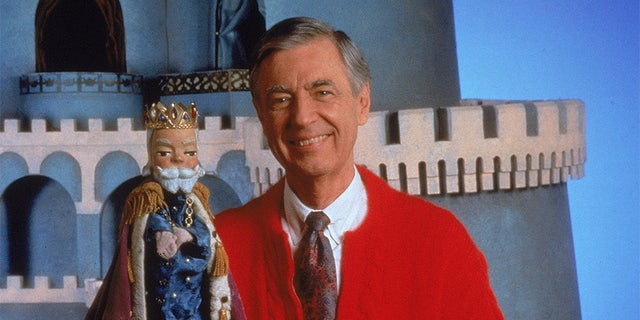 Fred Rogers on the set of his television show "Mister Rogers’ Neighborhood," circa the 1980s.
(Getty)

He did, however, call the outfit — which comprises of a cropped cardigan-style top, a pair of gray hot pants, and a collar and necktie — both “silly” and “ridiculous,” according to TMZ.

The “Nicest Neighbor” costume, as it’s called by online retailer Yandy, is just one of several risqué looks the brand debuted for the 2019 Halloween season. Others already include a skimpy Beyond Meat-inspired costume, a “Sexy Tariff Costume,” and another skintight get-up inspired by the college admissions scandal.

The online costume and lingerie retailer has also debuted “sexy” versions of celebrities in the past, including a Meghan Markle wedding costume and a “sexy” “The Handmaid’s Tale” costume, which was eventually pulled due to backlash.

Alexandra Deabler contributed to this report.