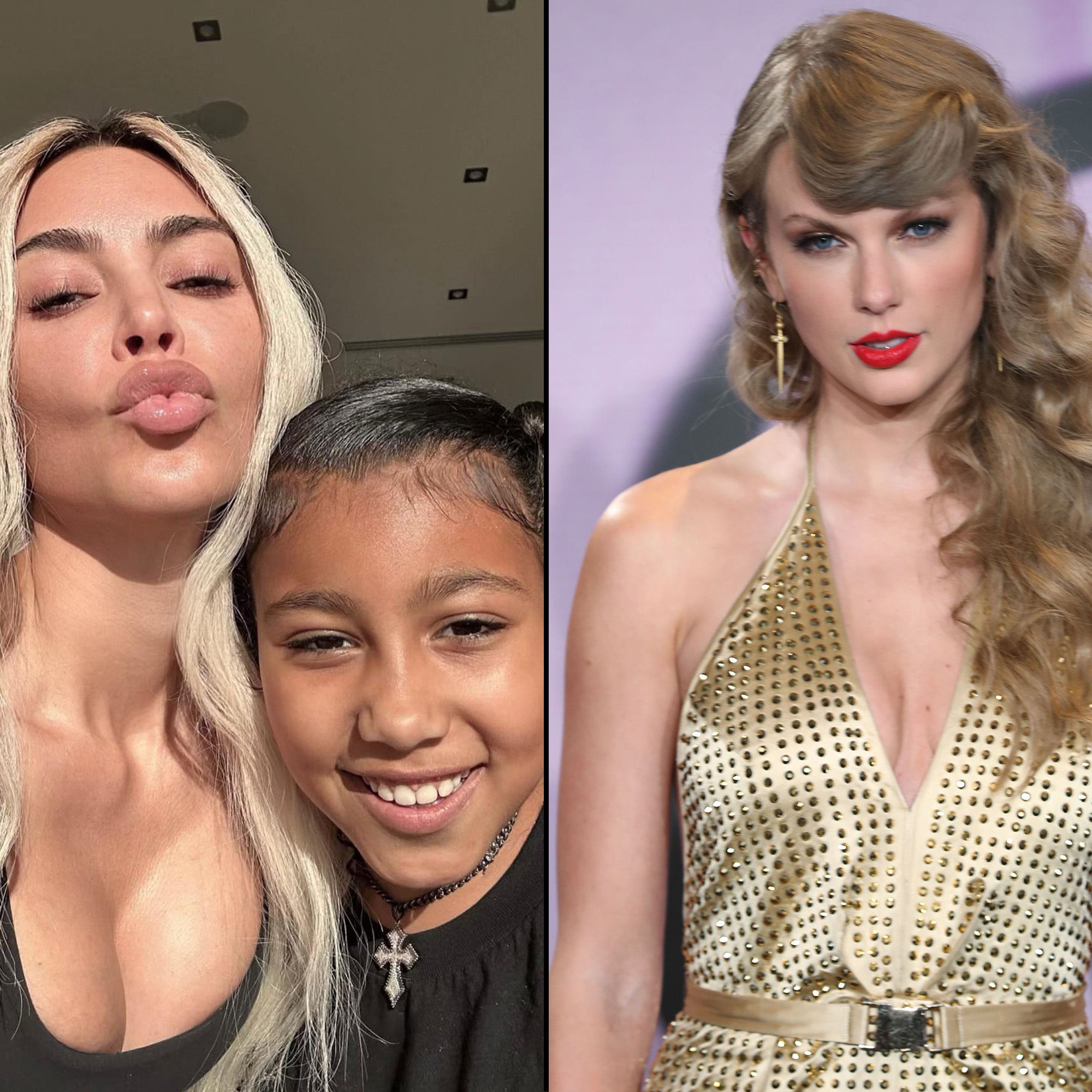 Time to shake it off! Kim Kardashian and her eldest daughter, North West, danced to one of Taylor Swift’s catchy tunes in a new TikTok video, which they posted on Thursday, January 5.

The 55-second clip uploaded via their joint account shows the mother and daughter duo lip-syncing and dancing to the 2014 hit “Shake It Off.” The video surprised fans considering Kardashian’s past years-long feud with the pop star.

The drama between Kardashian, 42, and Swift, 33, initially began due to the “Lover” singer’s spat with Kanye West, Kardashian’s ex-husband. In 2009, the “Heartless” artist, 45, famously crashed Swift’s acceptance speech at the MTV Music Video Awards to say Beyoncé deserved the “All Too Well” singer’s award.

The feud was reignited in February 2016 when West rapped in his track “Famous” that he “made that bitch famous,” referring to Swift.

Five months later, the Selfish author called out Swift on Snapchat and leaked a call she had with West, claiming that the “Lavender Haze” singer lied about the conversation. While Swift appeared to give her blessing to include her name in the song, she later admitted that she was upset by West’s use of the phrase “that bitch” — which she said was never discussed.

Kanye West and Taylor Swift’s Tumultuous Relationship: A Timeline of Their Ups and Downs

In August 2019, the Cats actress opened up about feeling “humiliated” after her feud with Kardashian.

“A mass public shaming, with millions of people saying you are quote-unquote canceled, is a very isolating experience,” Swift recalled in an interview with Vogue. “I don’t think there are that many people who can actually understand what it’s like to have millions of people hate you very loudly. When you say someone is canceled, it’s not a TV show. It’s a human being. You’re sending mass amounts of messaging to this person to either shut up, disappear, or it could also be perceived as, kill yourself.”

Kardashian, for her part, had seemingly moved on from her drama with the Grammy winner. “Kim and Kanye are over it,” a source told Us Weekly in September 2019. “They are dealing with their four kids.”

The drama resurfaced the following year when the full version of Swift’s leaked conversation with the Chicago native was leaked. The Amsterdam star took to Instagram Stories to note that the new footage proved she “was telling the truth the whole time.”

The SKNN BY KIM founder, meanwhile, tweeted: “@taylorswift13 has chosen to reignite an old exchange – that at this point in time feels very self-serving given the suffering millions of real victims are facing right now,” referring to the coronavirus pandemic.

Nevertheless, Kardashian went on to praises Swift’s music in December 2021. “I really like a lot of her songs,” the Skims founder said on the “Honestly with Bari Weiss” podcast when she was asked about her favorite Swift song. “They’re all super cute and catchy. I’d have to look in my phone to get a name.”