Actress Shannen Doherty is returning to television after facing a bout with breast cancer.

In her first live interview since being diagnosed in 2015, the actress joined “Good Morning America” and opened up about her difficult journey.

“Everything’s going really well,” Doherty told Robin Roberts. “You hear the word remission and it’s a rush of different emotions. It’s like, ‘what’s next?’ There’s a little bit of fear and apprehension. I felt lost for a second. I was like, ‘now what?’

She went on, “But then it sort of starts seeping in and then you get joyous and you get so excited but then you got to wait for that five-year mark and that 10-year mark–so remission is a crazy word to me.”

After her diagnosis Doherty underwent treatment which included chemo, radiation and surgery. She documented part of her experience on Instagram.

“I know sharing helped me because when I got back, these beautiful stories from other people, what they were going through … giving me hope and support and love, it really helped,” she said. “It’s truly a family. There’s something so beautiful about the journey.”

Doherty said her husband, mother and friends served as an incredible support team for her while in treatment.

Sometimes you just need a shoulder to crash on. @kurtiswarienko #onetiredcancerslayer

“My husband was phenomenal,” she added. “He took off a ton of work, really took fantastic care of me. My mom was always there. They would tag team. I was really lucky.”

Doherty said she feels her three-year battle made her better in her profession.

In her latest project, a Lifetime movie remake titled, “No One Would Tell,” Doherty plays a single mom whose teenage daughter ends up in an abusive relationship.

“For me, it was an amazing role because the mom was not compltely flushed out,” Doherty said. “The way that I work is I like to build a character from the very beginning of conception.” 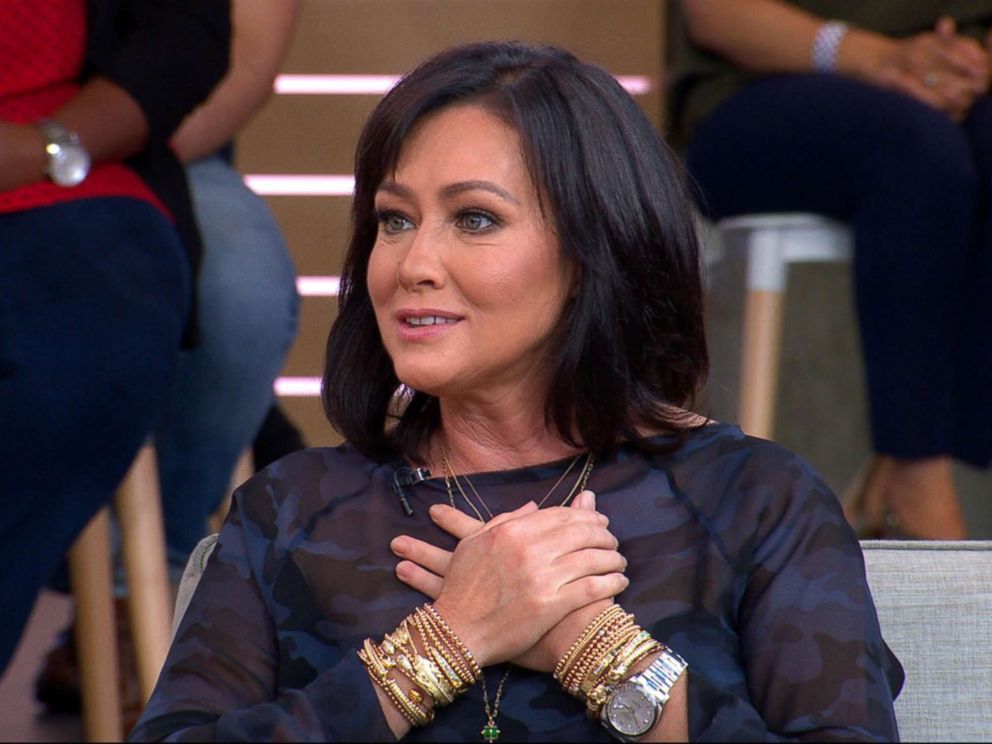 “I wanted to know that I could do this,” she explained. “I wanted to make sure that I was back and I was ready for it.”

“No One Would Tell” premieres Sunday on Lifetime.