Shawn Mendes honored young gun violence victims in a very special way at the 2018 Billboard Music Awards on Sunday, May 20. The singer-songwriter performed his new single “Youth” with Khalid and members of the Marjory Stoneman Douglas High School choir.

Mendes, 19, wrote the powerful track, which will be featured on his upcoming self-titled third album, in the wake of the 2017 terror attacks at the Manchester Arena and on the London Bridge. It took on a new meaning when it was officially released on May 3, two months after a former Stoneman Douglas student killed 17 people at the school in Parkland, Florida. A separate shooting left 10 dead at Santa Fe High School in Texas just two days before the BMMAs were held. 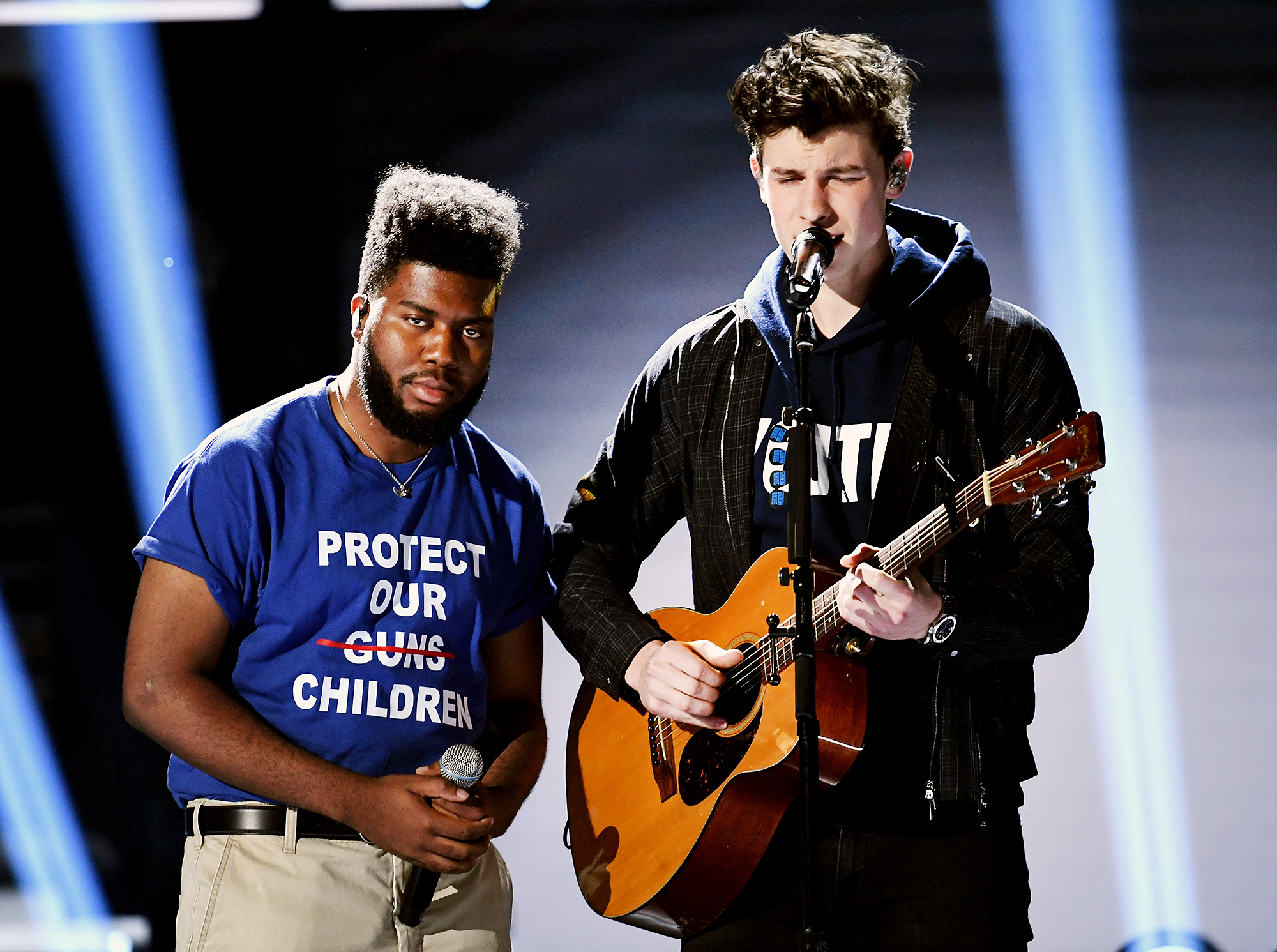 “Waking up to headlines, filled with devastation again / My heart is broken, but I keep going,” Mendes and Khalid, 20, crooned on stage at the MGM Grand Garden Arena in Las Vegas on Sunday night.

Mendes, who performed his single “In My Blood” earlier in Sunday’s awards ceremony, was nominated this year for Top Social Artist, but the award went to the South Korean boy band BTS. Khalid, meanwhile, is up for five awards. He already won Top New Artist.