‘So much cooler than Michael Kors!’ Shoppers go wild for Poundland’s £1 retro bubble bags – but would you wear one?

The high street is bursting with ’90s revival fashion and now Poundland has got in on the act with a range of colourful retro bubble bags.

Its vibrant range of accessories has whipped shoppers into a frenzy after a fan posted a snap of the bags on the Extreme Couponing and Bargains UK group on Facebook.

The post has attracted almost 2,000 comments and 1,300 likes as shoppers fondly reminisce about owning one of the colourful creations the first time round.

The inflatable backpacks are strictly limited edition with only 100 on sale per store, making shoppers even more eager to snap them up. 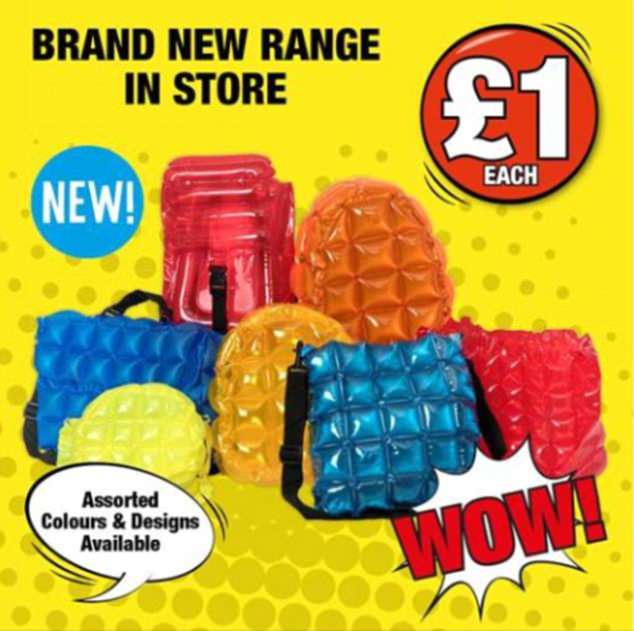 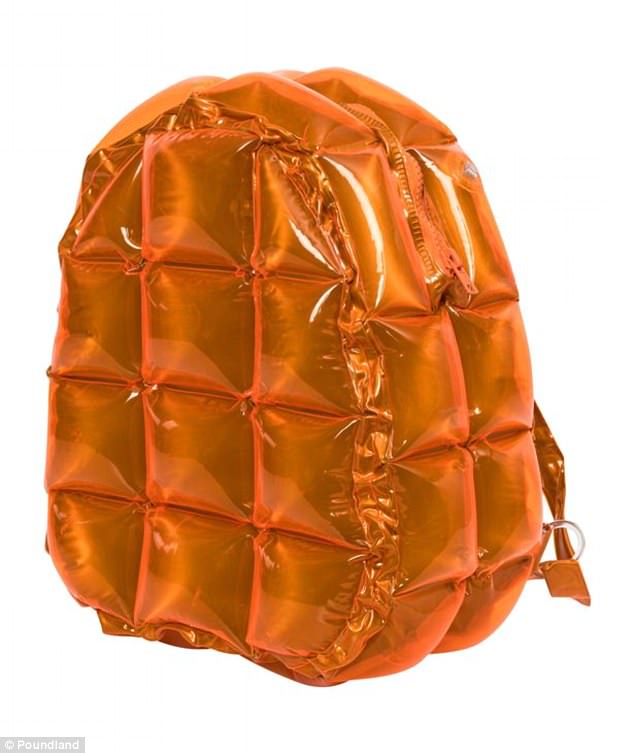 Elsewhere, the 10 ways to have more money group pointed out that Poundland’s bag is almost identical to an offering from Topshop that costs £18.

And it appears that Poundland’s bags have already made their way on to eBay where nostalgic shoppers who didn’t find one in store can buy them for six times the price – still a bargain at £6.

Inflatable bubble bags were hugely popular in the ’90s thanks to shows such as Sabrina The Teenage Witch and Lizzie Maguire.

They’re the latest in a long line of 90s fashions to make a comeback, including chokers, crop tops and dungarees. 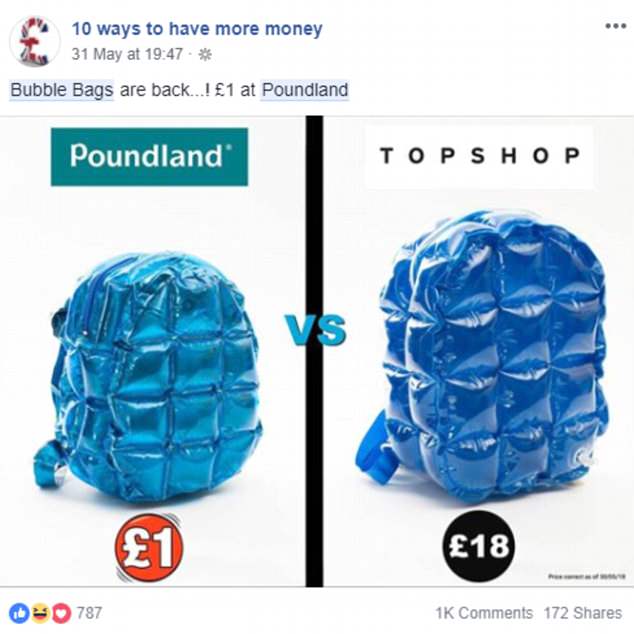 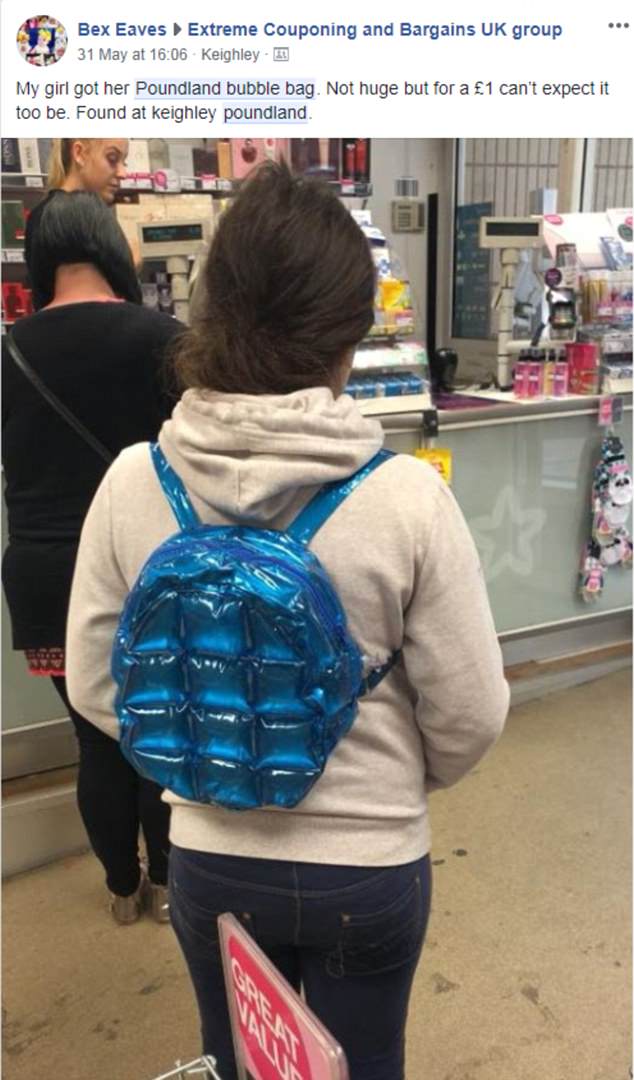 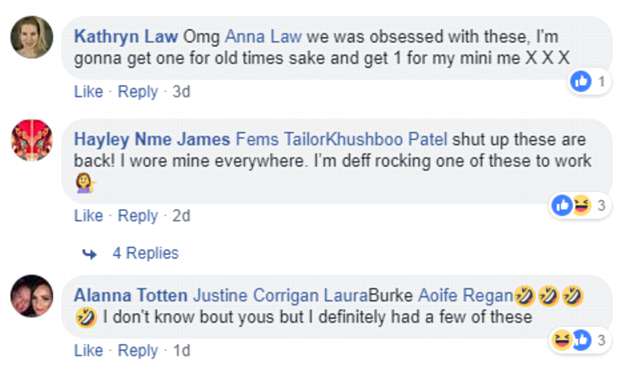