It can be hard to find the perfect item while online shopping.

And shoppers from around the world have proved just that by sharing a selection of the most ridiculous items they found up for sale while browsing.

The bizarre snaps, collated in a gallery by Bored Panda from Twitter, included a 3D-printed urn for storing ashes designed to look like the deceased’s head, and a useless crystal chair bag costing an eye-watering $895.

Other unusual items included a $600 phallic-shaped ceramic vase and a strange $1,495 acrylic bag resembling a shrimp.

Here, FEMAIL shares some of the highly priced items for sale that left baffled people asking who on earth would splash out on them. 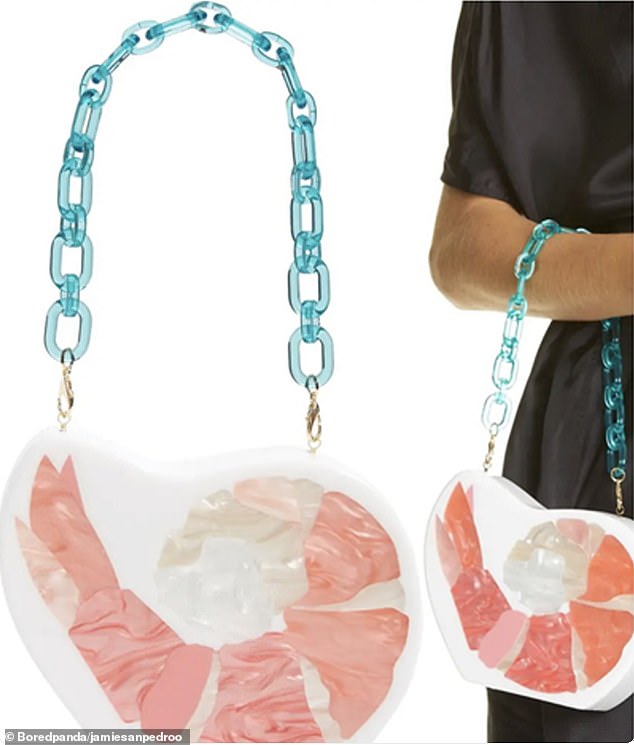 Shoppers from around the world shared the most ridiculous items they found up for sale online, including a strange $1,495 acrylic bag shaped like a shrimp 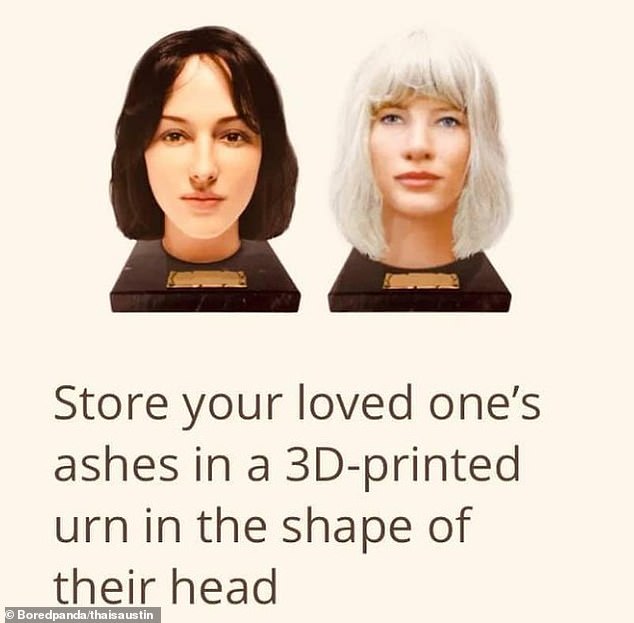 One shopper, from Washington DC, was left shocked after finding an urn for storing ashes that was 3D-printed to look like the deceased’s head, boasting many realistic facial features 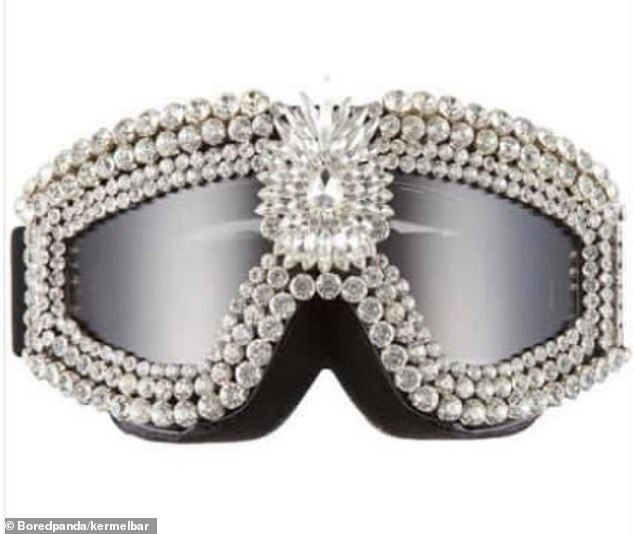 The items, collated by Bored Panda from Twitter, included $925 crystal skiing googles that one person, from Raleigh, North Carolina, claimed was a ‘terrible idea’ due to snow reflection 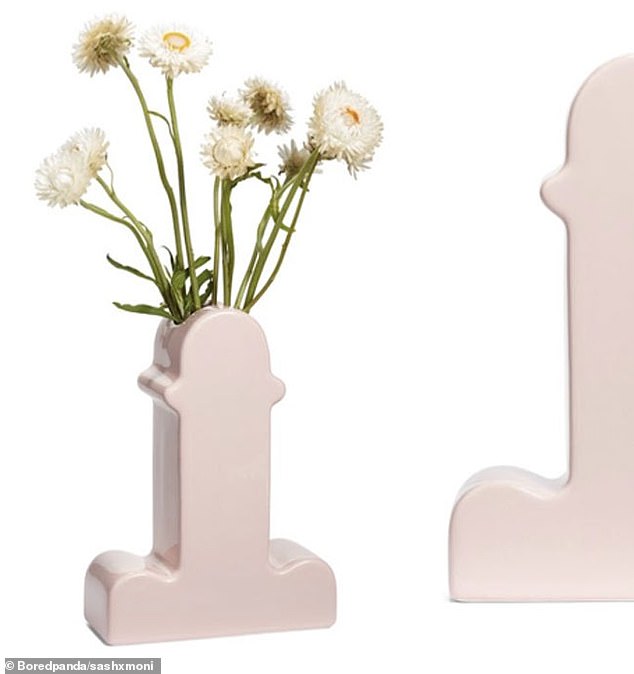 Nordstrom left a shopper, from Dana Point, California, baffled by selling a $600 pink ceramic vase from Memphis that looked like something much more X-rated than planned 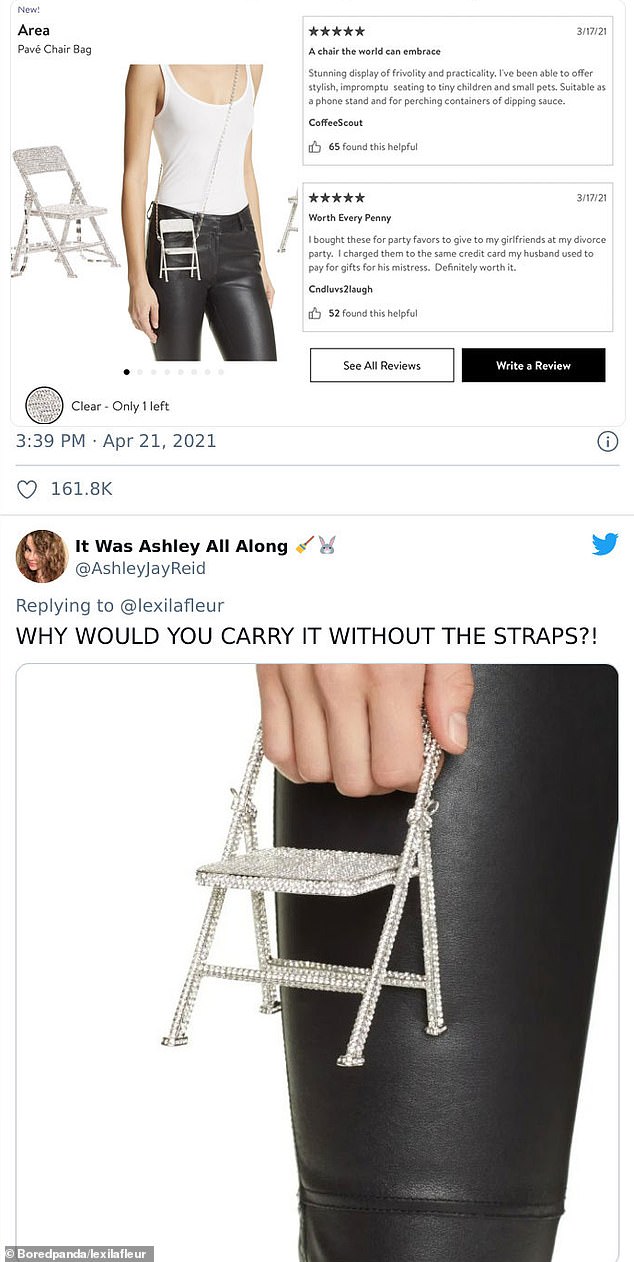 One shopper, from Minnesota, was left baffled after finding an AREA Pavé Chair Bag costing a staggering $895 for sale on Nordstrom, despite having no apparent purpose 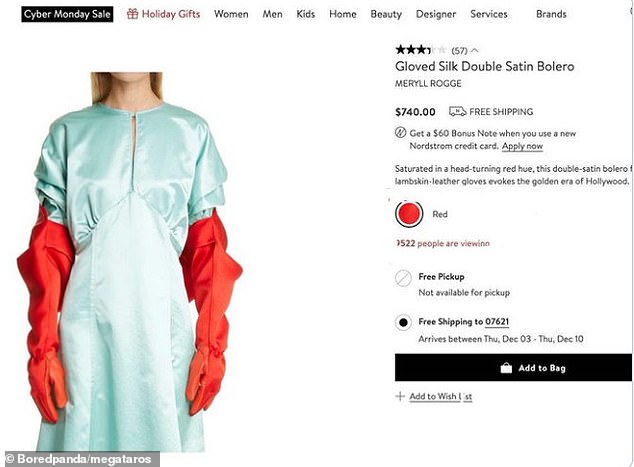 Another shopper, from South Phoenix, was left baffled after finding a gloved silk bolero jacket, resembling hospital scrubs, available on Nordstrom from Meryll Rogge for $740 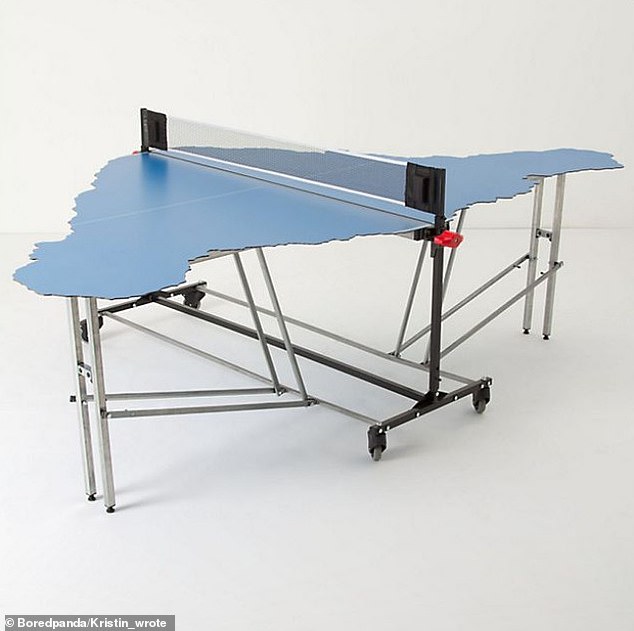 Anthropologie left one shopper, whose location is unknown, baffled after selling a $4,000 ping pong table impractically shaped like Easter Island, a volcanic island in Polynesia 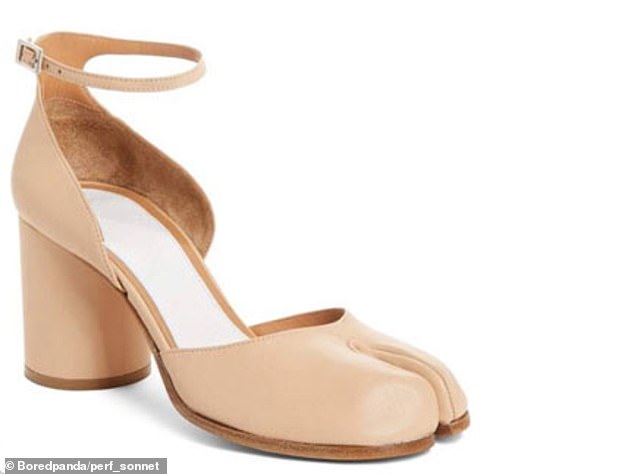 Another Nordstrom shopper, from Atlanta, Georgia, was left baffled by $825 strapped heels that bizarrely have a double toe post – seemingly not the most practical design for humans 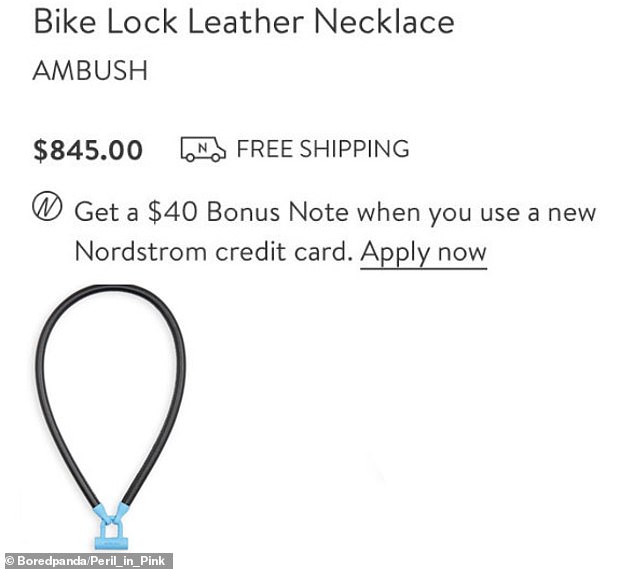 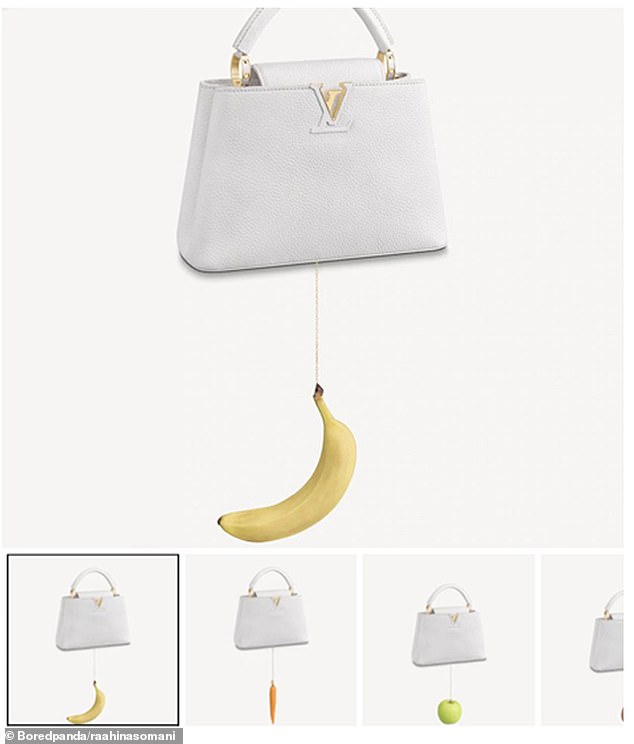 One student at the University of Ottawa claimed a bag with different fruits hanging from the bottom of it, costing $11,400, was the ‘most ridiculous item’ she had ever seen 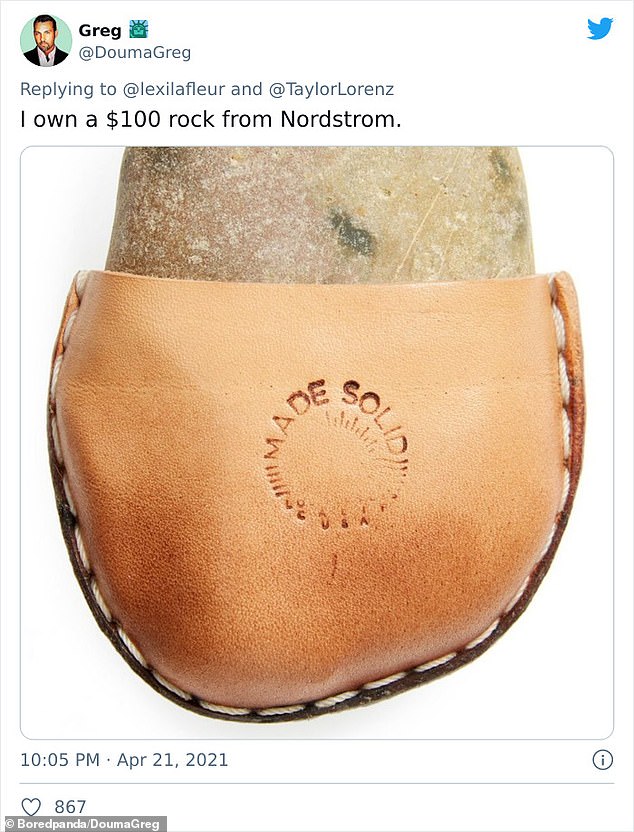 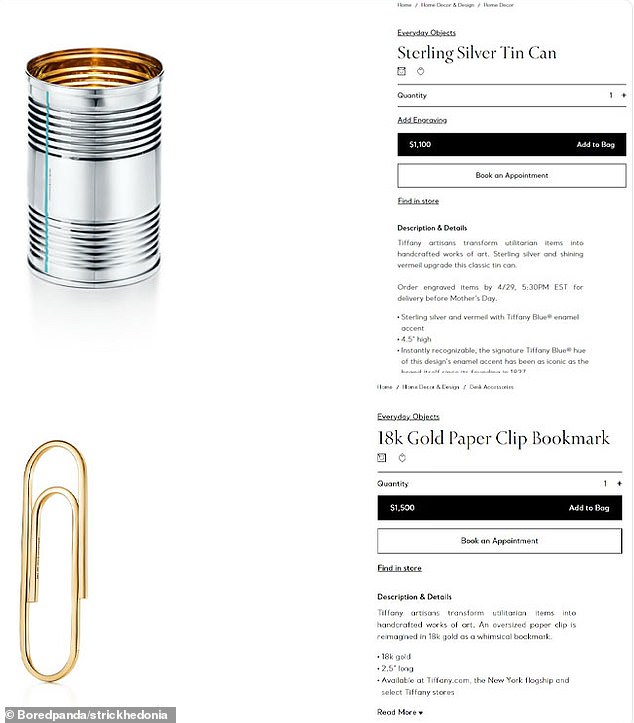 Another American shopper was left baffled after finding an ‘overpriced’ 18k gold paper clip costing $1,500 and a $1,100 sterling silver can for sale at Tiffany’s 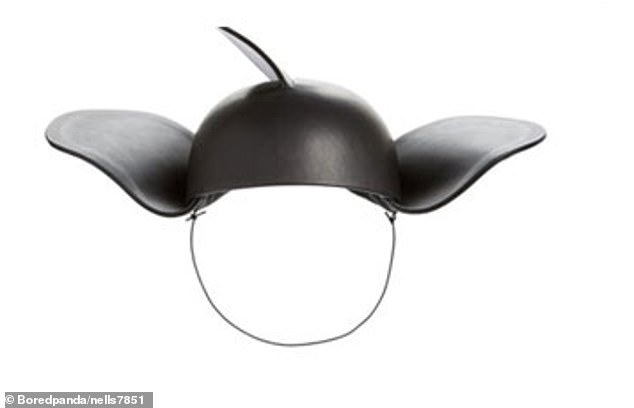 One person, whose location is unknown, quipped that they were ‘waiting for’ a $1,300 winged leather hat from Loewe, advertised on Nordstrom, to go on sale 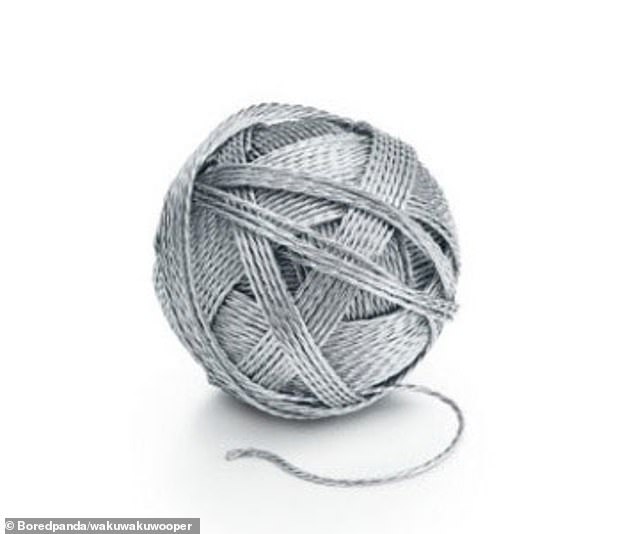 Elsewhere, one shopper, from Buffalo, New York, was left stunned that ‘someone actually f*****g bought’ a sterling silver ball of yarn costing $9,500 from Tiffany’s