Must be taking the pee! Bizarre bathroom signs claim women only think about shopping and men are ‘noise with dirt on’

Rushing to the toilet in a moment of desperation is bad enough, never mind if the loo signs are so obscure no one can tell which to use.

Social media users shared snaps of the most confusing toilet door signs from around the world, with the best examples collated in a gallery by Health and Wellness News.

One establishment used mermaid signs to mark the ladies and cowboys for the men’s, while another showed a woman with a thought bubble saying ‘shopping’ alongside a man thinking about football to indicate which door to walk through.

Elsewhere, another door suggested that women’s should ‘smile’ to celebrate losing weight, while an equally offensive sign described girls as ‘a giggle with some sass’. 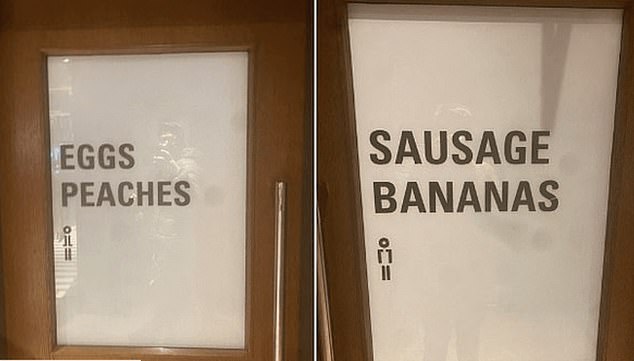 If it weren’t for the skirt on the woman stick figure, you might end up dithering outside these restroom doors in the world for quite some time 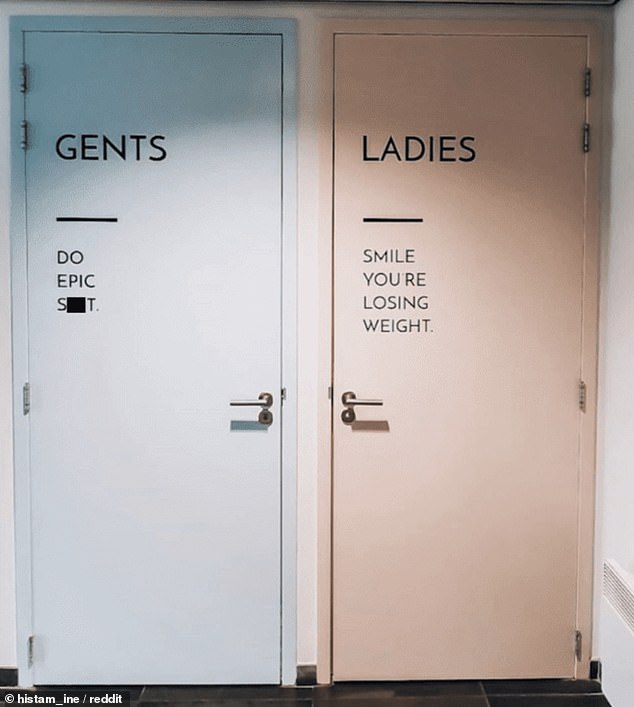 Ah yes, while the men are away being epic and going on adventures the women will plaster smiles on their faces while they diet 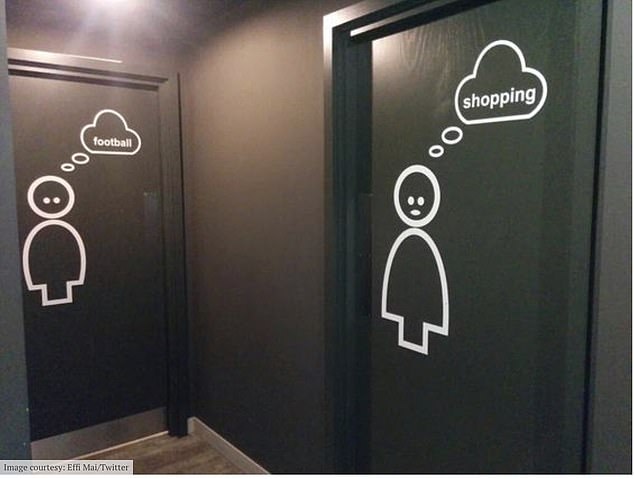 Both figures are wearing dresses, yet one enjoys football while the other loves shopping… a multiple choice question? 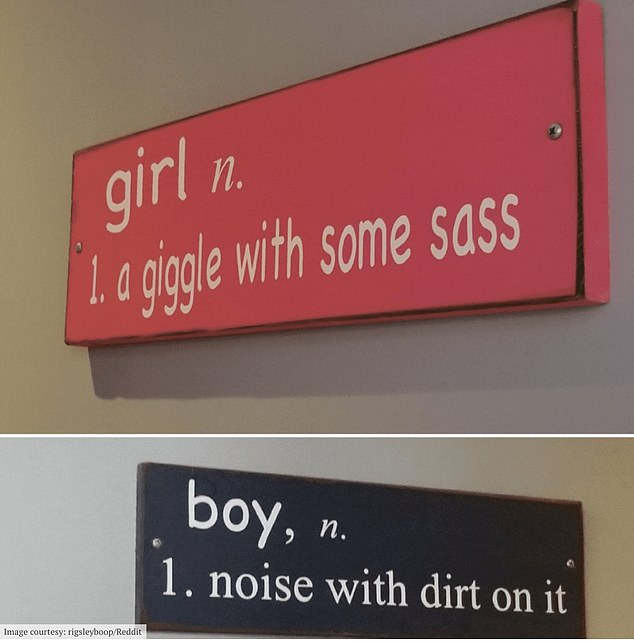 Apart from the obvious sexism, could someone please explain how noise with dirt on it is supposed to work? 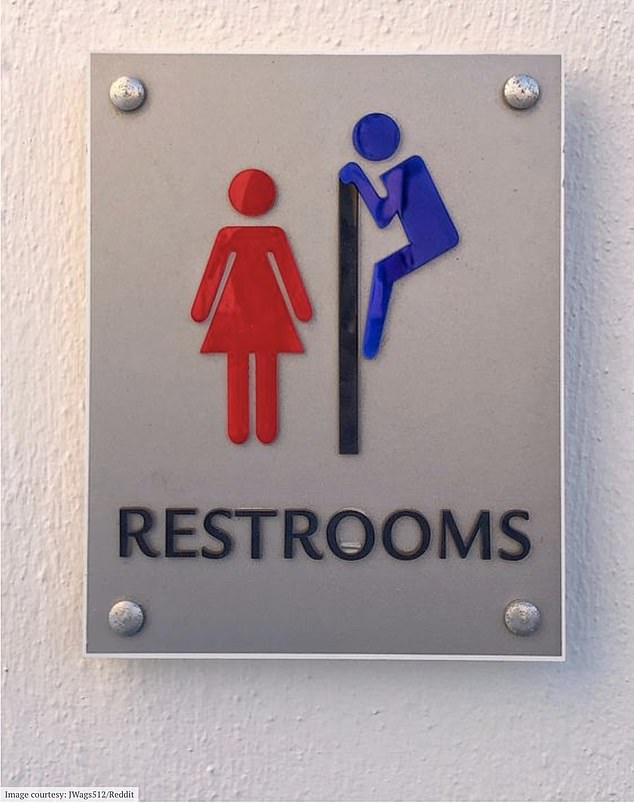 No rest room! This graphic unfortunately makes it look like a man is climbing over a wall to peer at a woman in a creepy fashion 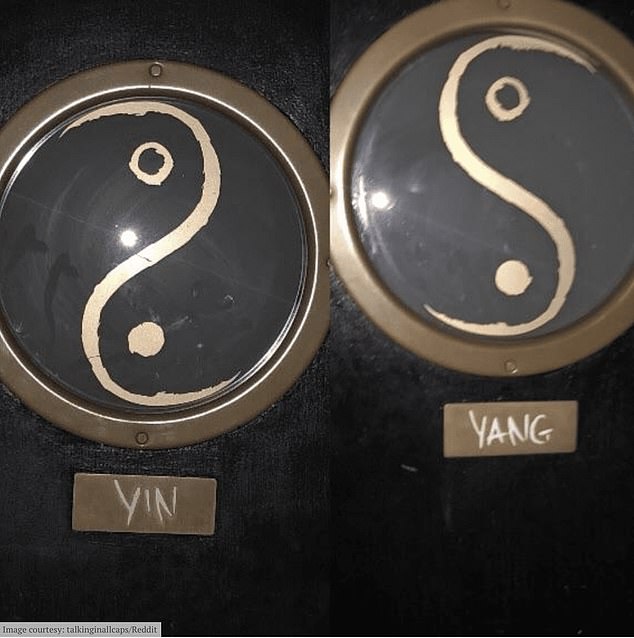 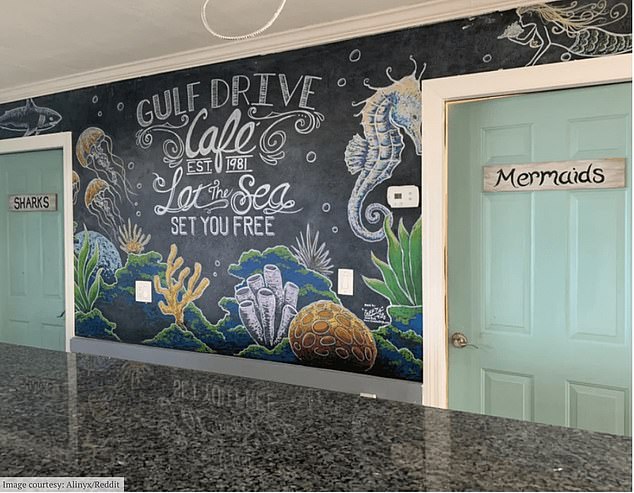 Excuse me, sir? Could you please let me know where your toilets for humans are located in this building? 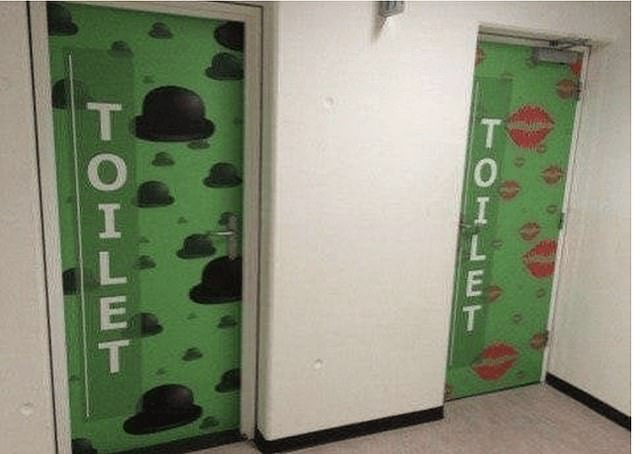 This appears to be a dilemma for anyone who has lips or owns a hat. Perhaps it depends how they’re feeling on the day 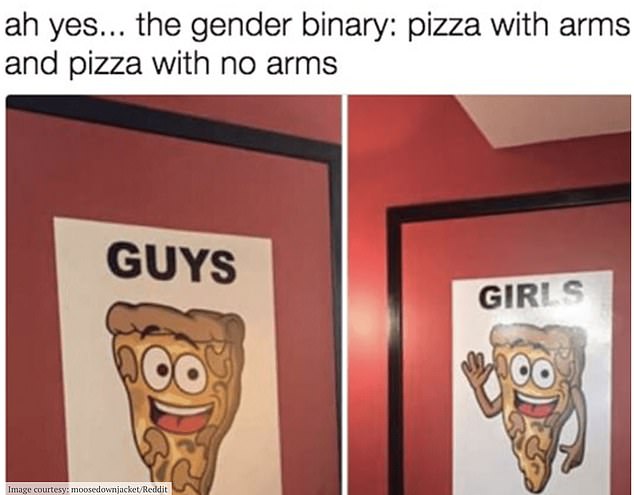 So many questions! Is it considered masculine to not have arms? And why pizza? 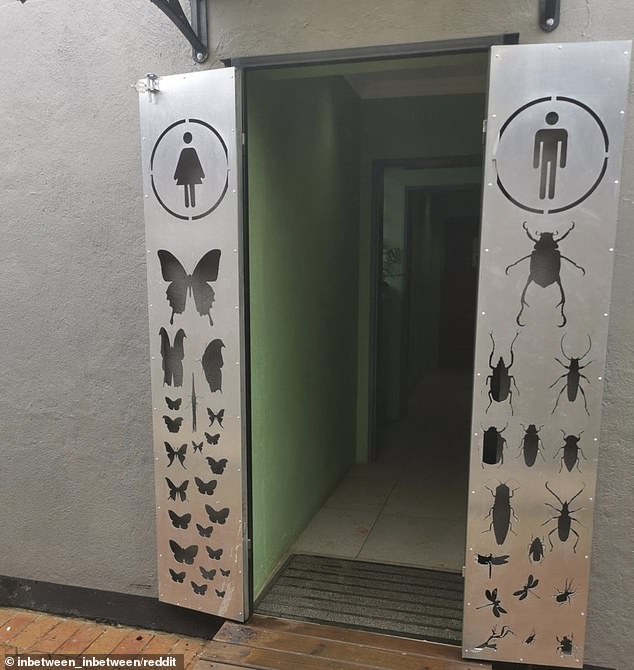 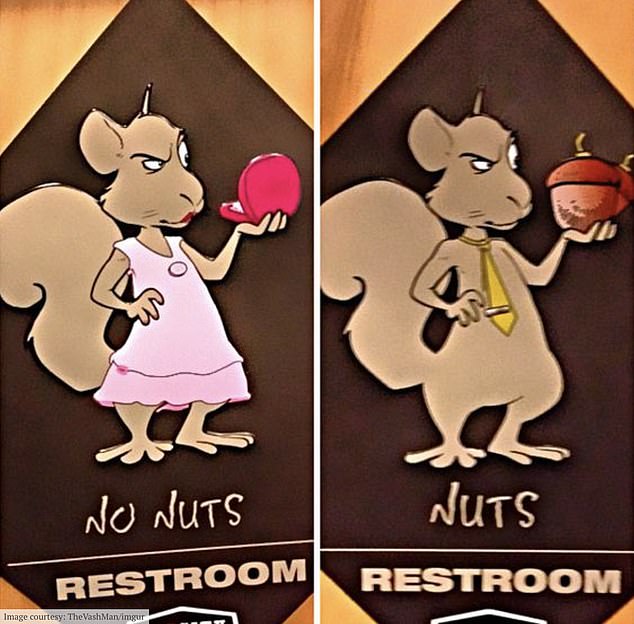 Here’s the problem with this sign at a brewery in California. They’ve used a squirrel for each stall, and therefore both would surely have a stash of nuts 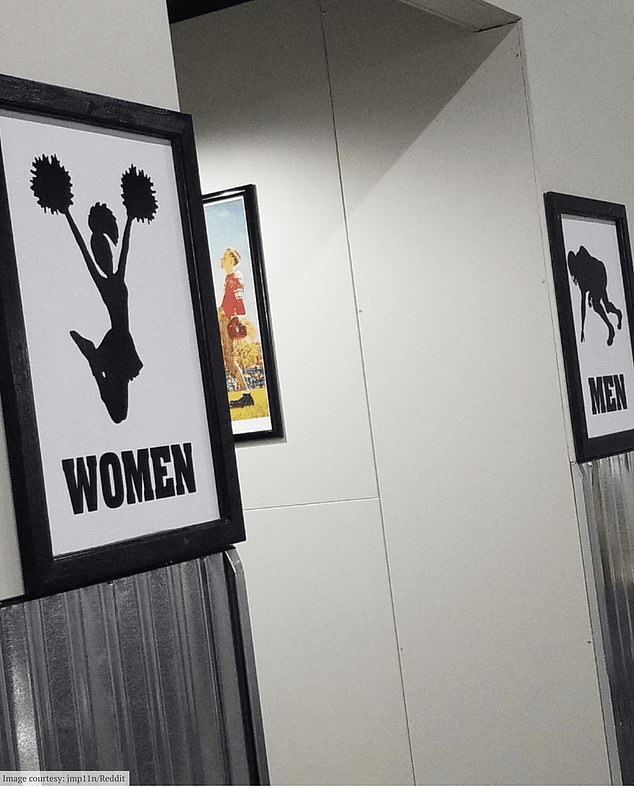 Because all woman are cheerleaders and all men are American football players! How could anyone forget? 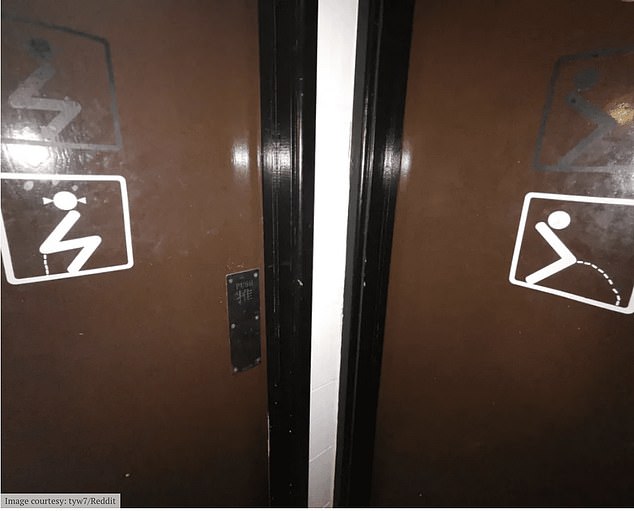 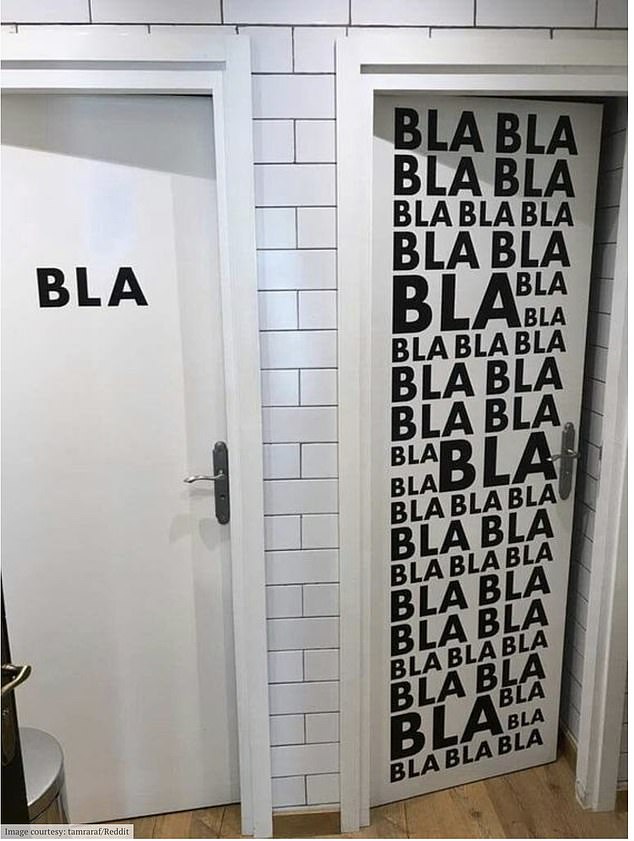 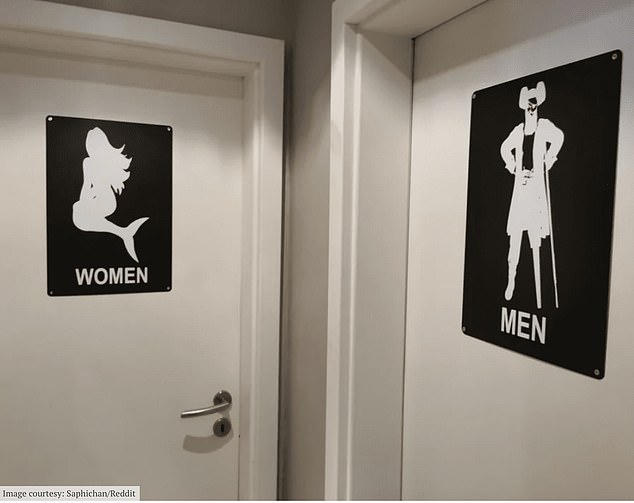 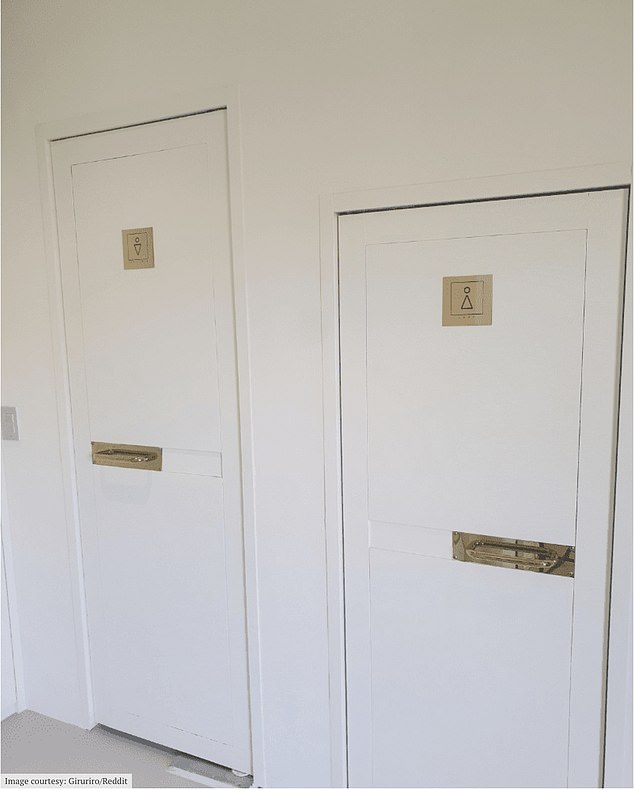 In this instance the door is taller for the men’s loo and shorter for the women’s… and if you’re a tall woman, good luck getting in 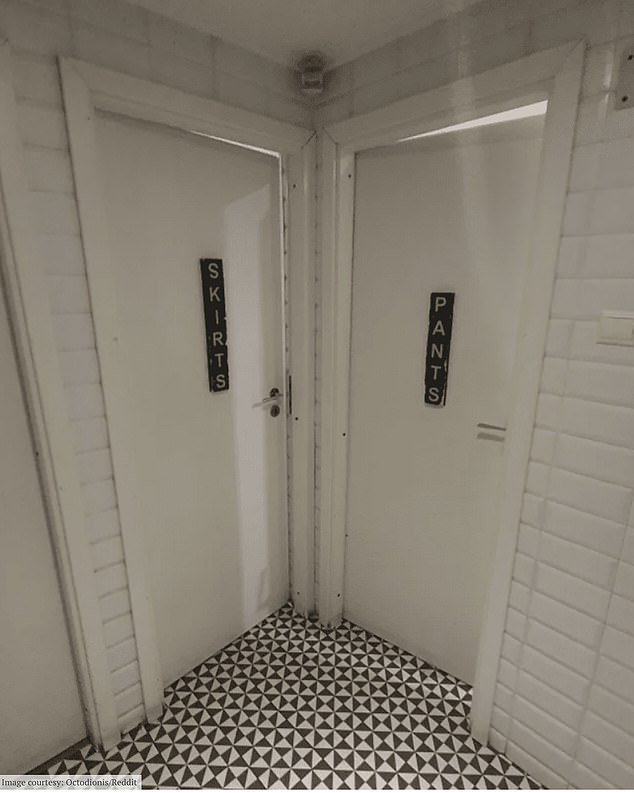 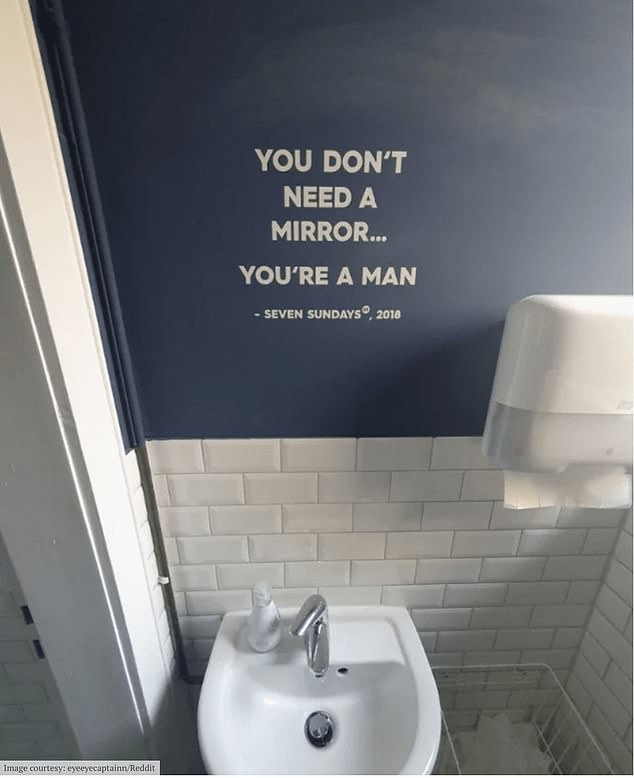 Hear us out… what if a man does need a mirror? It’s happened before and it will likely happen again