Game of Thrones may be coming to an end (please be sure to expect “a lot of death”), but Sophie Turner‘s future and life with Joe Jonas is just at the beginning.

Turner and her Game of Thrones co-star and best friend Maisie Williams appear on the cover of Rolling Stone where they both open up about what it was like to grow up on set and how there are moments when they truly relate to their characters Sansa Stark and Arya Stark. It turns out that their chemistry read when Turner was 13 and Williams 12 in 2009 sealed their fate from the get-go.

“We were pretty much best friends from that second on,” Turner said.

In an earlier interview with Glamour U.K., Turner joked she “has an addiction to Maisie” and that they would try “to sneak a kiss into every scene we did together to freak everyone out a bit.”

She has another love in her life who gets much of her affection.

Turner got engaged to the Jonas Brothers singer in October 2017 and they both announced the happy news on social media by sharing a picture of the stunning pear-shaped ring. Turner caption it, “I said yes.”

This engagement is clearly already off to a better start than Sansa Stark’s doomed, violent and controversial marriage to Ramsay Bolton which ended in a rather…ravenous way. Turner even called that moment “the most satisfying scene.”

The 23-year-old briefly touched upon her relationship with Jonas, who is about 6 years her senior. But that age gap doesn’t faze her one bit. Rather, Turner explained she was “fully preparing myself to be single for the rest of my life.”

Meeting Jonas changed her mind. “I think once you’ve found the right person, you just know. I feel like I’m much older a soul than I am in age,” she explained to the magazine.

The DNCE leading man and his fiancée are never shy about showing their love for each other, whether it be at a basketball game (plus chugging wine at other sporting events included) or their Halloween costumes. 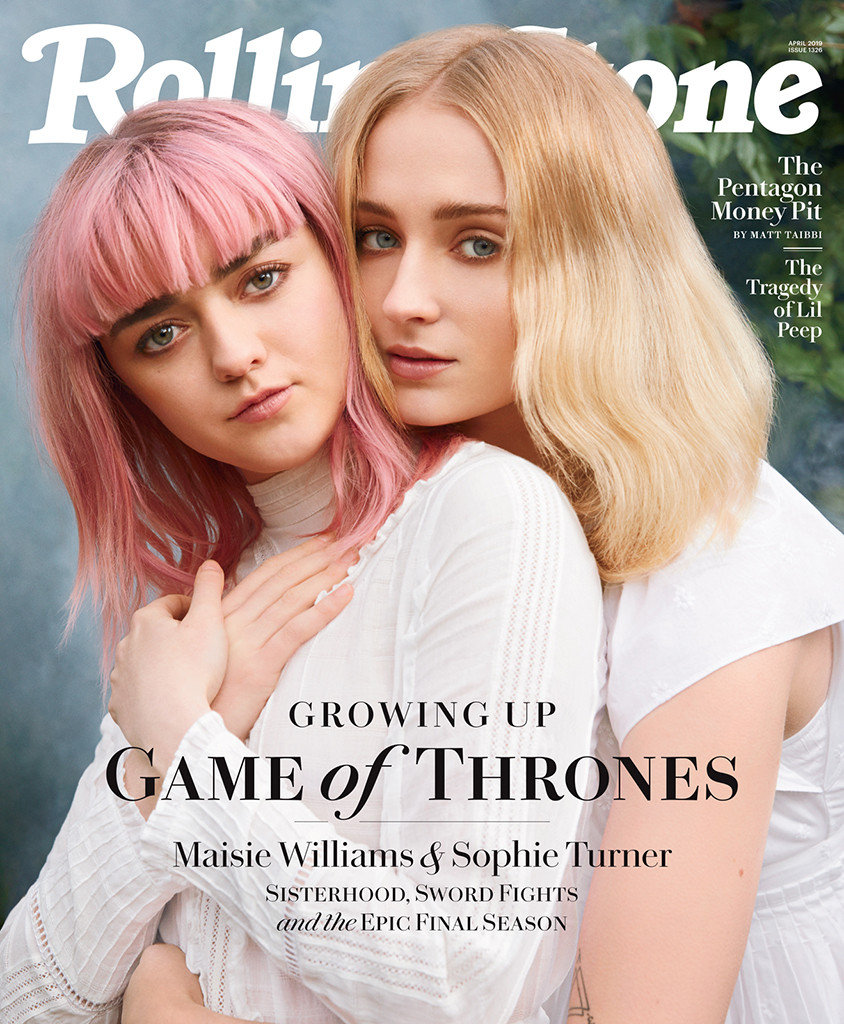 The Dark Phoenix star briefly opened up about her experiences and how those played into her belief that she feels older than she is.

Turner added, “Everyone experiments. It’s part of growing up. I love a soul, not a gender.”

Turner later discussed mental health as well as her intense roles that she plays and how she channels those characters. She explained to the magazine that she has some mental health issues including “Depression for sure, anxiety, all of those things.” She said she’s been on medication and going to therapy, which has helped her “feel so much better.”

“The fact that I spoke to someone changed my life,” Turner said.

Sansa is more than just a character—she’s a part of Turner herself.

“There’s a lot of Sansa in me. You go into something and you think it’s going to be a huge dream, and then you figure out, ‘Oh, wait. I have to be very strategic about everything,'” she told the magazine. Turner also said she used to cry in bed at night thinking of the tribulations that Sansa has dealt with in her life.

Turner explained she was initially “jealous” of Williams and her character of Arya “because she got to do all these sword fights and be the badass” but her own slow ascent into power has made it “all the more satisfying.”

“I’m happy she’s only just coming into her power now,” she added.