Paul Michael Glaser thinks “Starsky and Hutch” could have been more than friends.

The 78-year-old actor, who played Detective David Starsky on the hit ’70s show, says he and co-star David Soul, who played Kenneth Hutch, kid about the buddy cop program’s gay undertones “all the time.”

“I think it’s very real,” he told Page Six. “I think it’s important to understand that yeah, there’s homoerotic elements. … I think the reality is David and I are for the most part — if you have to define oneself — as straight. But you have to be able to recognize there’s a part of all of us that is homoerotic.”

He added that you don’t have to go all the way for there to be some gay tension in a relationship, even a co-star relationship.

“We see someone of the same sex that’s attractive we either deny it or acknowledge that it’s there,” Glaser continued. “Does that mean we’re going to have a homosexual relationship with that person? Not necessarily, but it becomes much more freeing to be able to acknowledge something that exists, maybe kid about it, play with it a little bit and move on. One thing David and I had and still have is a very deep friendship.”

Earlier this year Glaser posted a cheeky throwback photo on Instagram of himself and Soul strolling down a beach wearing T-shirts emblazoned with the words Husky and Starch in rainbow colors and their hands gently caressing each other’s behinds.

The “Something’s Gotta Give” actor explained that during the first season of the show, which ran from 1975 to 1979, the pair gifted the crew with the T-shirts that he designed, chuckling that, “Little did I know that the colorful rainbow of colors that I used were gay pride colors.”

Glaser admits that becoming an overnight star was a discombobulating experience that he likened to being a sacrificial virgin about “to be thrown into the volcano.”

“We create these gods and then we want a piece of them,” he continued. “We want an autograph, two things are happening, one we want a piece of them and the other thing is in terms of the tearing down, we want to know that they’re human. That’s the sacrificial part, it’s just human nature. It’s the way we’re built.”

A year into the show Glaser married Elizabeth Meyer.

In August 1981, Elizabeth contracted HIV through a blood transfusion while giving birth to the couple’s first child, Ariel, and unknowingly passed it on to the tot through breast milk.

This occurred before blood donations were screened for HIV and Elizabeth had no idea she’d been infected until about four years later, when Ariel became sick.

Although Paul was found to be negative, Elizabeth had also passed on the virus to the couple’s 18-month-old son, Jake. 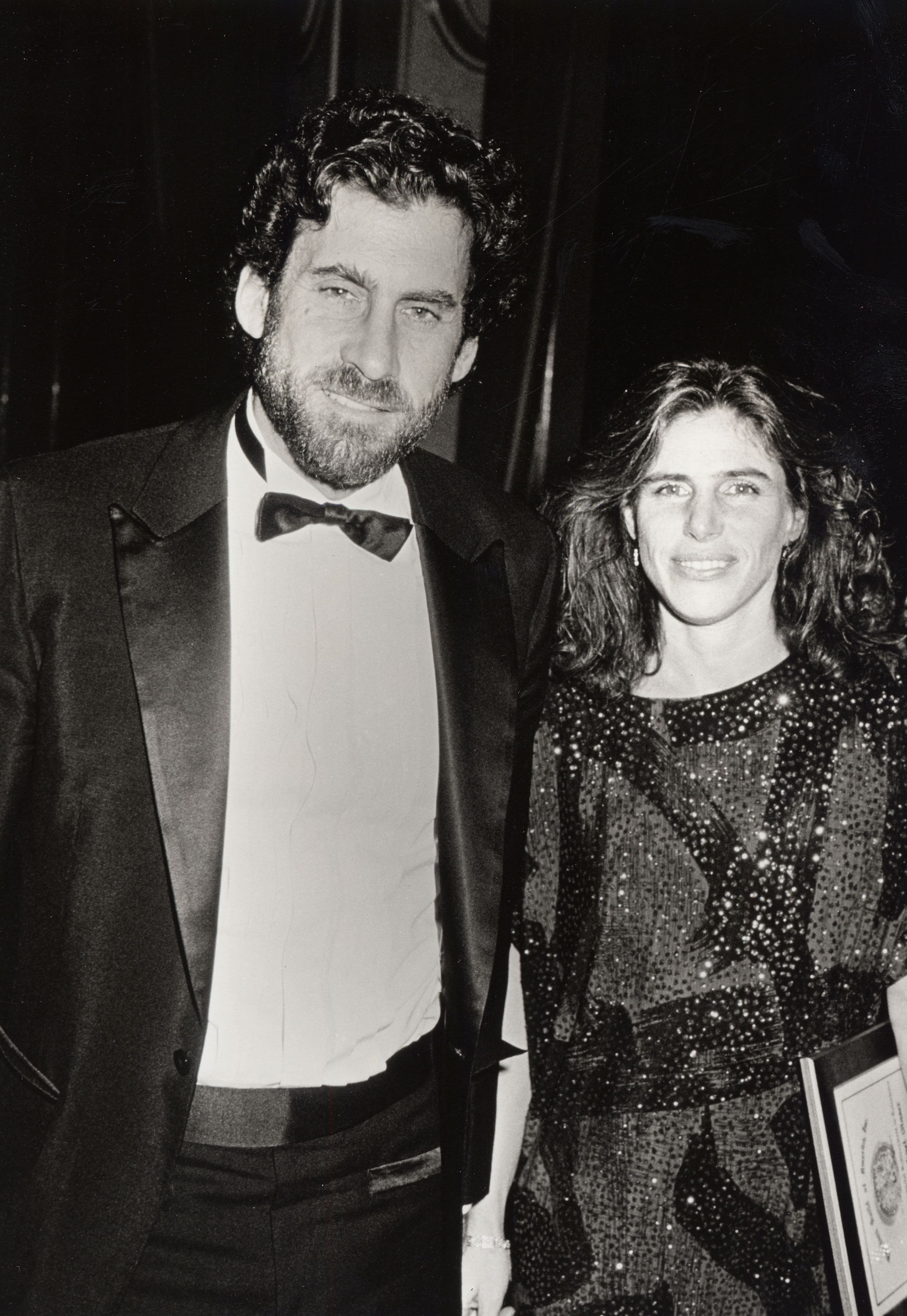 Ariel died in 1988 just after her seventh birthday and Elizabeth, who became a staunch AIDS activist and children’s advocate, died in 1994 at the age of 47.

“It challenged me to survive,” he explained. “I was very fortunate. I had a really good teacher who I worked with for a long time to get past my rage and anger and gain some insight into what happened to me and what I could or could not do with it.”

He says that he realized that “there is only one great fear in life, which is helplessness” and began to study “the way we deny helplessness. … Awareness makes us special, makes us who we are. The purpose of fear is to awaken us, to help remind us that we are conscious individuals. … The purpose of fear is to remind us of our ability to love, and when you start to think about that you begin to realize that fear is like an unending source of energy. There are equal amounts of fear and love. You should want to welcome fear.” 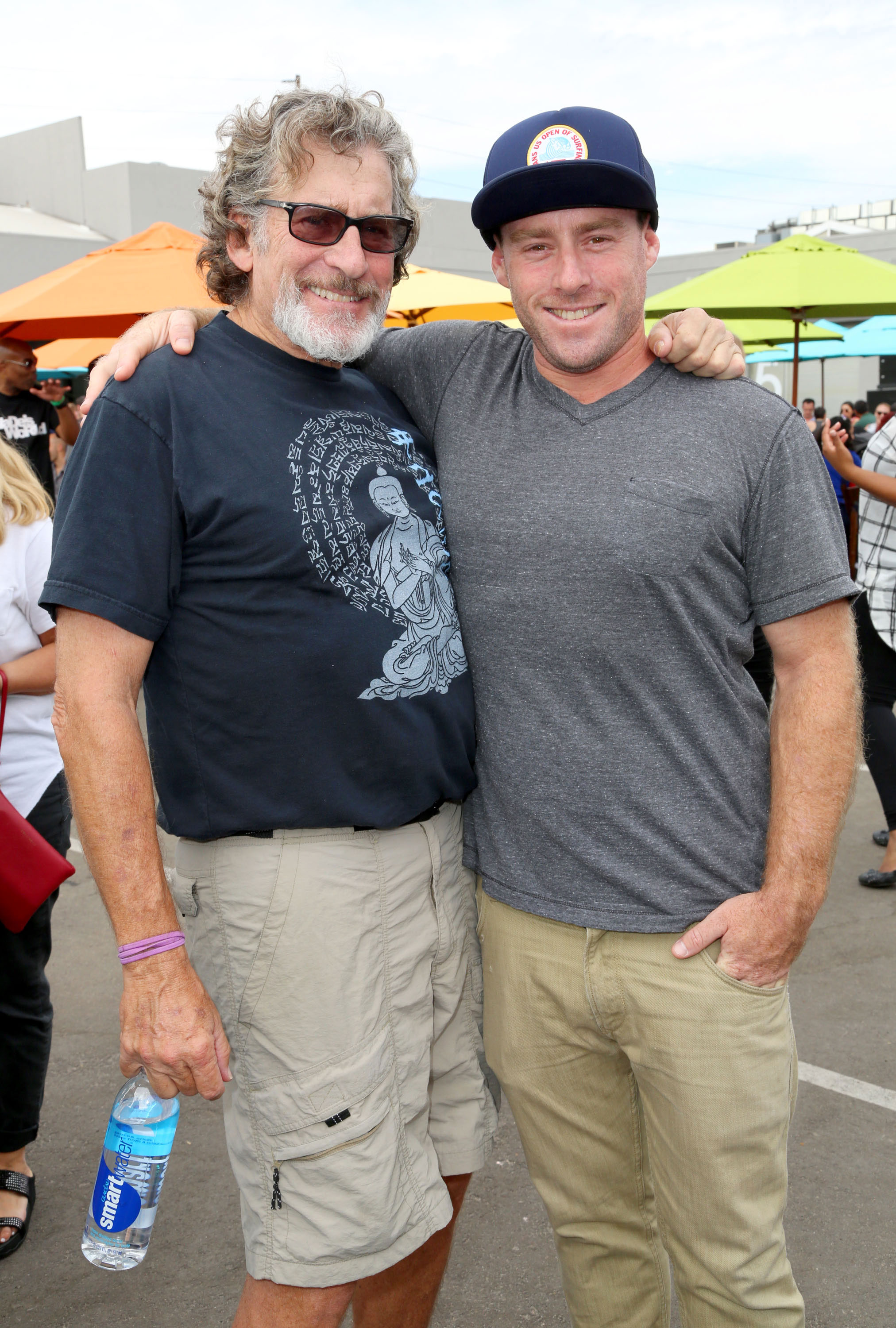 Thankfully Jake, who looks a lot like his father, is healthy and “doing really well.”

“He does a lot of branding and graphic arts and has a vegetarian-based food company called Cool Foods,” Glaser said proudly. “He works as a consultant for the foundation (Elizabeth Glaser Pediatric AIDS Foundation). He travels to Africa where they’re trying to teach communities how to eliminate the stigma of HIV and take the medication.”

Glaser married producer Tracy Barone in 1996 and together they had a daughter, Zoe. The marriage ended in 2007.

After “Starsky and Hutch,” Glaser began a successful directing career helming movies like “The Running Man” starring Arnold Schwarzenegger, “The Cutting Edge” and “Kazaam” starring Shaquille O’Neal. But for the last few years, he has concentrated on his art, a passion that began about ten years ago when he needed illustrations for a book he was writing. 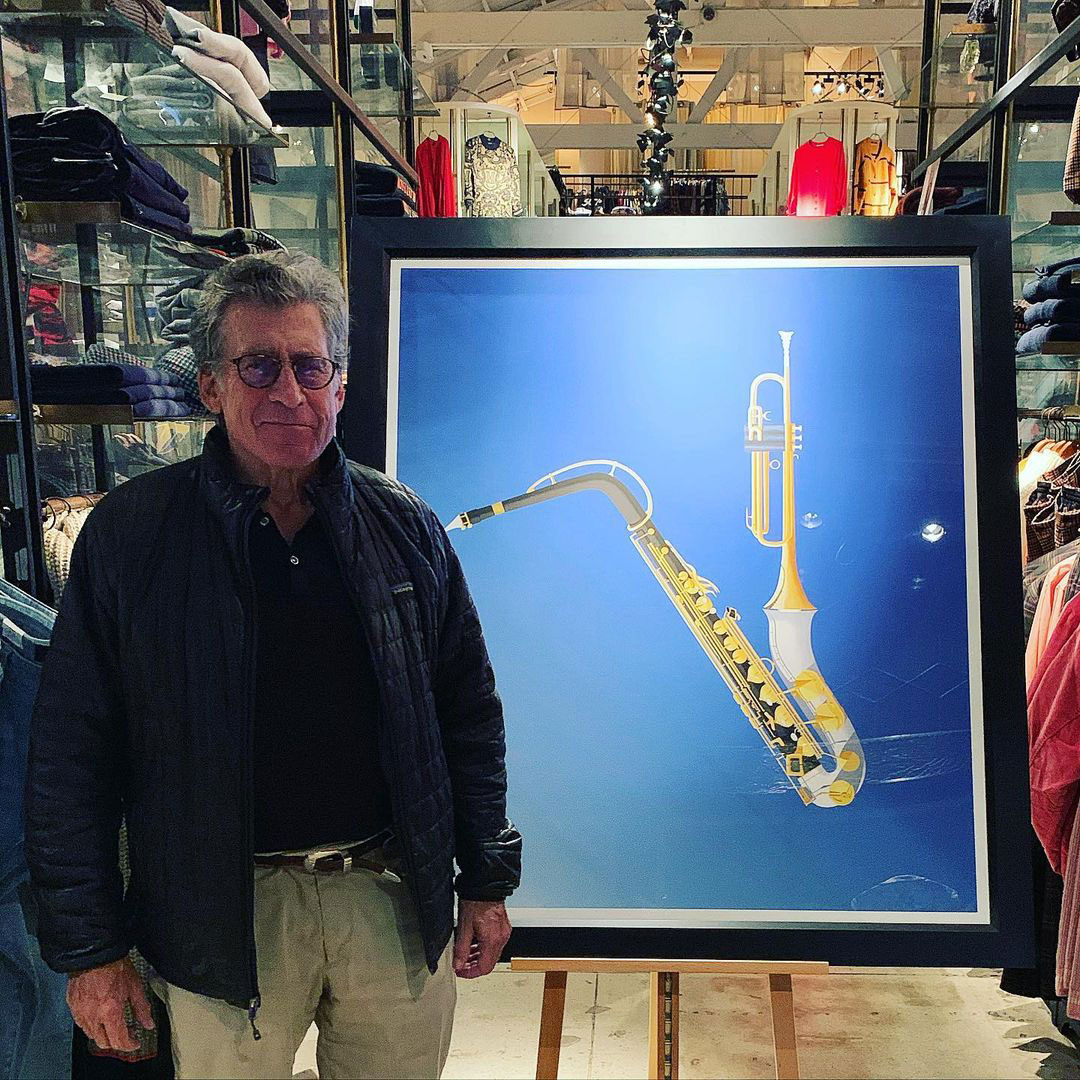 While working in London he began sketching and discovered that he loved doing it and could lose himself for hours. Glaser now has a website where one can purchase his whimsical, colorful designs on items like phone cases, T-shirts and throw blankets.

“My life now is about writing and art,” he says simply. “That is the place where I am manifesting this philosophy in my painting and storytelling.”