Supreme Court Justice Ruth Bader Ginsburg is perhaps one of the most recognizable faces of the Democratic party — and one of the most beloved and respected feminist icons of the modern era. At 85 years old, she sits on the highest court in the land, a position she has held since 1993, when she was appointed by President Bill Clinton.

In recent months, curiosity over the life and career of Notorious RBG has only grown: In Oct. 2018, Jane Sherron de Hart released a 752-page biography of the Supreme Court Justice, and just two months later, the Felicity Jones-starred biopic On The Basis of Sex hit theaters in the United States. But if you don’t want to dive in to 700+ page book or sit through a two-hour movie — or, if you just want even more details about the life of Ruth Bader Ginsburg — check out the forthcoming biographical graphic novel, Becoming RBG: Ruth Bader Ginsburg’s Journey to Justice, out Nov. 5, 2019. Bustle has an exclusive first look at the book below.

Written by Debbie Levy, the New York Times bestselling author of the RBG picture book I, Dissent, and illustrated by Whitney Gardner, Becoming RBG traces Ginsburg’s life from her childhood in Brooklyn to her days as a student (and later, professor) at Columbia Law School; from her time spent as a lawyer to her tenure on the U.S. Court of Appeals for the District of Columbia; and of course, it details her appointment to highest court in the land and work as a Supreme Court Justice. The road to SCOTUS wasn’t easy, and RBG faced her own share of injustices because of her sex. But the journey culminated in a position that allows her to fight for equality each and every day. 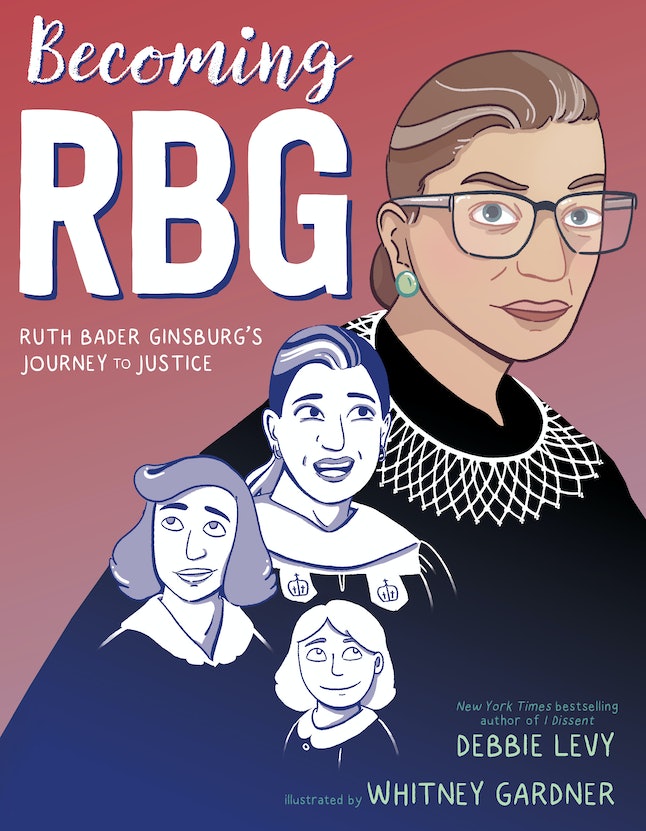 In the excerpt from Becoming RBG below, a young Ruth Bader Ginsburg embraces a nickname you may not have heard for her: Kiki — pronounced "Kick-y." Read below to find out why it fits her so perfectly: 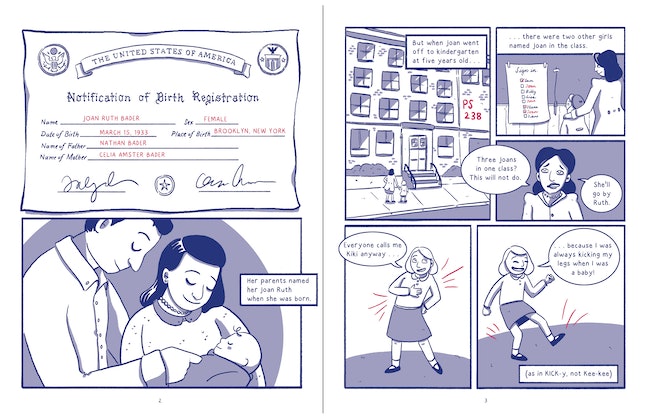