Beano character Minnie the Minx has stepped into the world of high fashion for designer Stella McCartney’s latest children’s collection.

Mischievous Minnie features on ten bespoke designs for boys and girls, including tops, T-shirts and dresses.

Stella, 46, has been a big fan of the comic since childhood and approached Beano Studios last year about a collaboration.

Some 30 garments in her range feature characters from The Dandy comic strip – Korky the Cat, Dinah Mo and naughty twins Cuddles and Dimples. 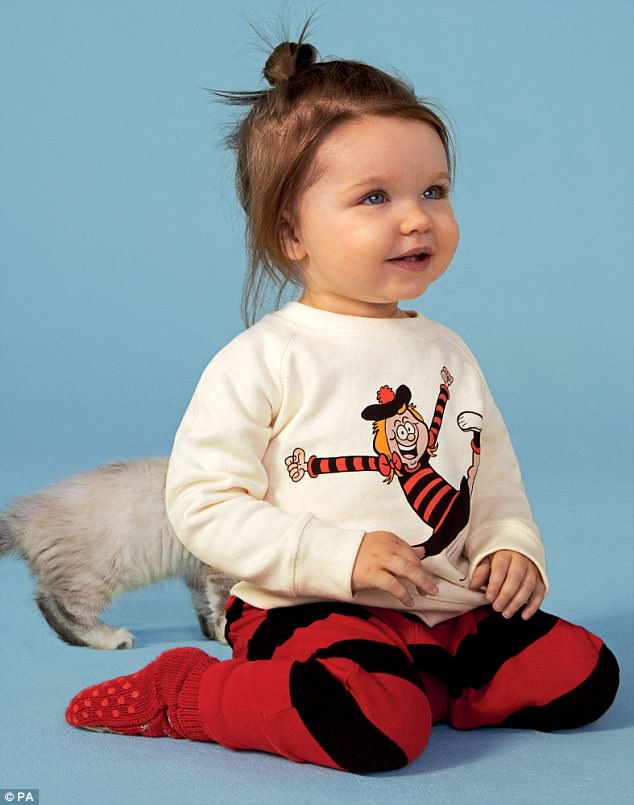 Her father Sir Paul McCartney made a cameo appearance in The Dandy’s final issue in 2012.

The latest collection is sure to be a must have for fans of the comic – however while a 2012 issue of the comic would set you back just 7p Stella’s tribute costs a tad more with Stella’s current kid’s clothing coming in at as much as £225 for a dress.

The autumn/winter 2018 kids’ range will be available in sizes from new-born to 14+ years from June onwards from Stella McCartney online and selected stores. 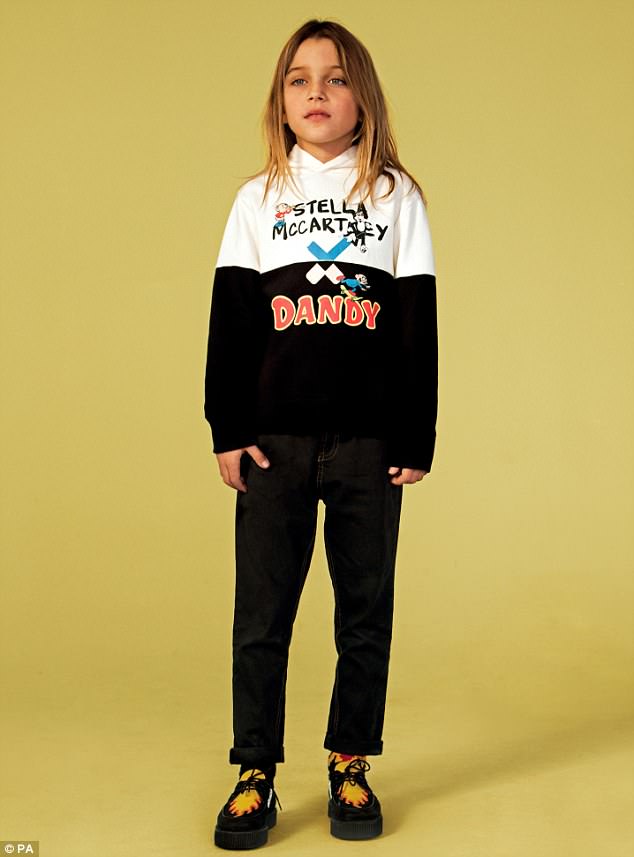 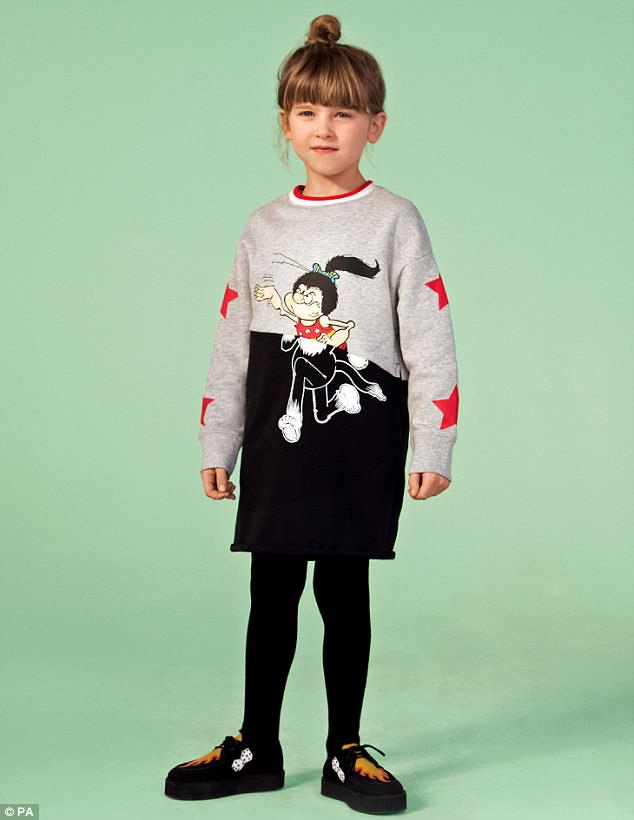 Stella says that she was inspired by the ‘rebellious and fun’ nature of the comic books with the designs featuring characters such as Korky the Cat, Dinah Mo and twins Cuddles and Dimples

Stella said: ‘The Beano was a huge part of my childhood and the rebellious and fun nature celebrated in the comic led the design process of the new collection.

‘Following the success of the Dandy woman’s range last year, we were keen celebrate the next generation of Beano fans with a sustainable and practical range for kids who still share that ‘Beano’ spirit of these iconic characters’.

The Dandy, published by DC Thomson in Dundee, first came out in December 1937. It still appears as an annual.

Its sister comic The Beano was first published in July 1938 and is now – in its 80th birthday year – the longest running British children’s comic. 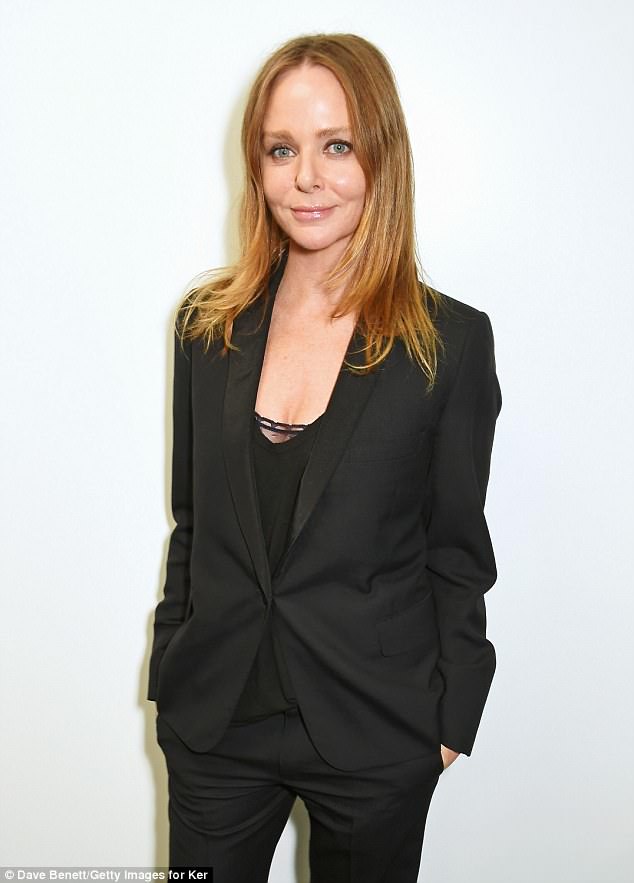 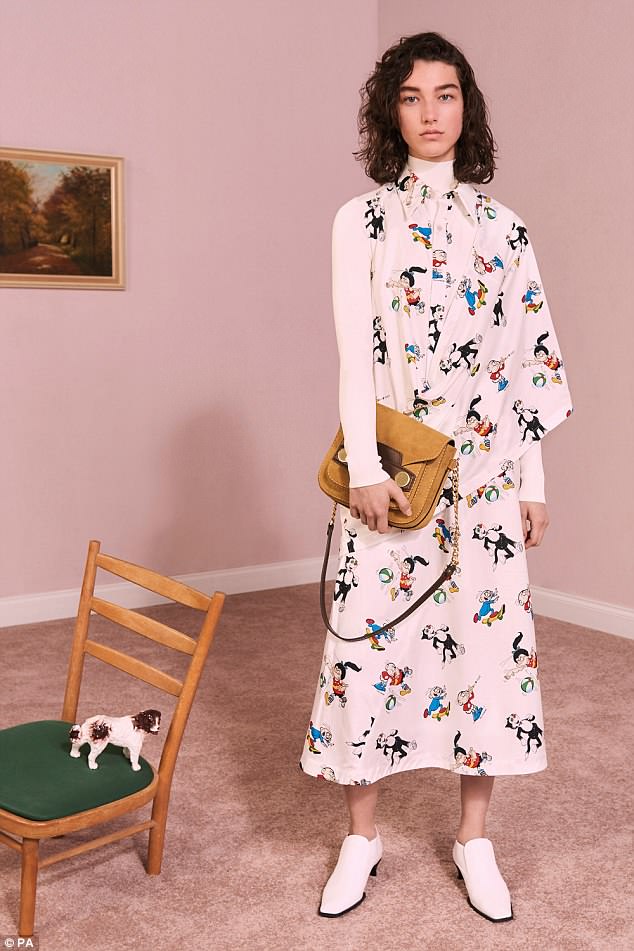 Emma Scott, chief executive officer at Beano Studios, said: ‘Working alongside world-renowned fashion designer Stella McCartney and her team, once again, to bring to life the iconic British comic characters Minnie the Minx, Korky the Cat and Dinah Mo, is a fantastic opportunity.

‘Stella has a brilliant understanding of our Beano characters and their bold and rebellious personalities.

‘In this new range, Stella brings famous Beano and Dandy heroes to life in a new and dynamic way, which connect with Beano children of today.’ 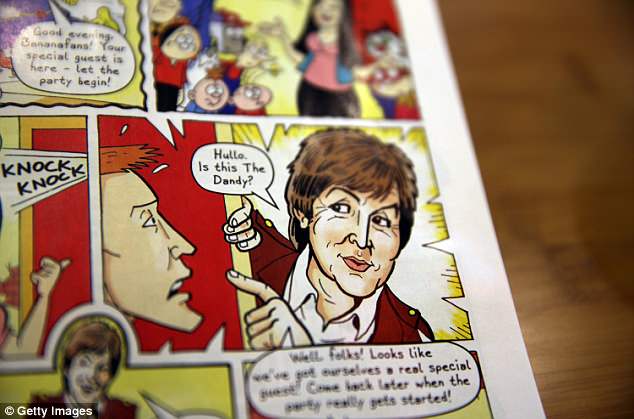