It was only a matter of time before Hollywood had to pick sides between Cardi B and Nicki Minaj. After Minaj alleged that she turned down a deal with Steve Madden, the fashion brand denied ever approaching the rapper with a contract. 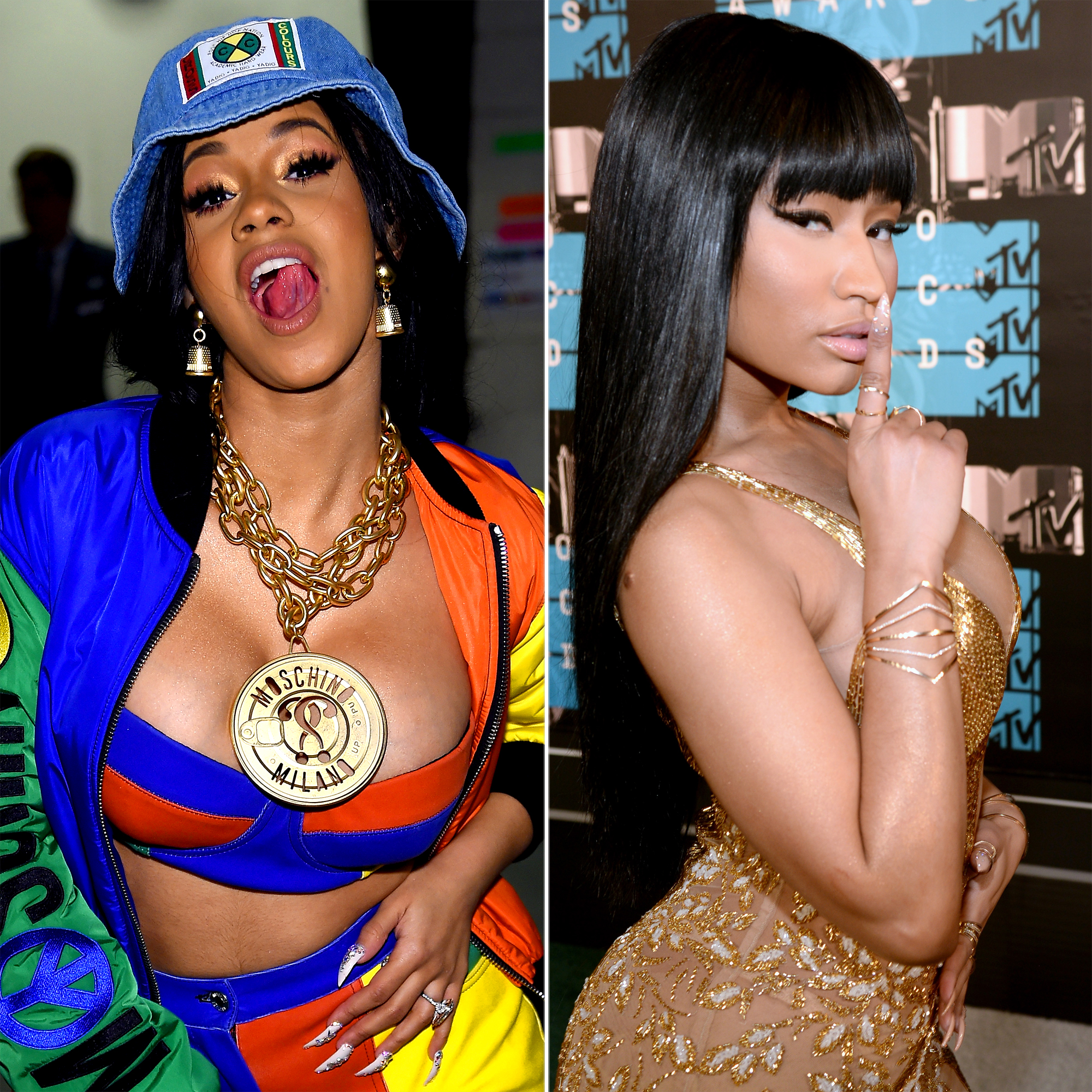 “Same thing with Steve Madden. Irv Gotti asked me to do that deal several times. I passed,” the “Barbie Dreams” rapper tweeted on Monday, October 29, amid her social media feud with Cardi. “You never hear me talking bout things like this. she rlly thought she was doing smthn talking about turning down deals. BWAAAAAHAHAAAHAHAHAAAAA #DipVIDEO out now.”

The next day, the official Steve Madden Twitter account denied the 35-year-old was ever offered a deal with the fashion brand, writing, “[email protected] you can’t turn down an offer that was never made. #StopLying.”

In December, Cardi, 26, and Steve Madden announced the Curated by Cardi collection. The “I Like It” rapper told Teen Vogue at the time that she had a “mutual friend” with the designer.

“All of this came about because I keep bringing up to my manager, I want to work with brands that are affordable. And are chic but good quality,” Cardi explained. “I don’t want to work with a brand that is like, ‘Yeah they make shoes,’ or ‘Yeah, they make clothes,’ but it’s like…cheap, not good to wear. I’ve always been a fan of Steven Madden. We have a mutual friend, and bam! We connected.”

Minaj reignited her feud with Cardi on her Queen Radio show on Beats 1 on Monday, alleging her friend Rah Ali punched Cardi at least eight times during their New York Fashion Week physical alteration in September. The “Bodak Yellow” hitmaker clapped back in a series of Instagram videos, claiming that she turned down multiple deals that were offered to Minaj, including offers to work with Diesel and Little Mix.

“Sorry Cardi hun But This Is the [Tea] We’ve Always Wanted the Queen (NO SHADE),” the official Little Mix account wrote on Instagram alongside a series of text messages about reaching out to Minaj for their song “Woman Like Me.”

Maury Povich, meanwhile, told Us that he wants the two women to work things out on The Maury Show.

“I don’t believe there is peace between Cardi B and Nicki. You can settle it all on my show,” Povich said. “Free lie detector test — and they don’t lie.”

After the drama, Minaj and Cardi seemingly called a truce and agreed to move on via their respective social media accounts on late Monday night. It’s unclear if Steve Madden’s tweet will bring up anymore animosity between them.