Steve McQueen has a penchant for telling Black stories. The director, who’s feature 12 Years a Slave won best picture at the 2014 Academy Awards, approaches every project with care and an attention to detail that reflects in every aspect of his films. His latest project, Small Axe, is a five-part anthology series that offers a glimpse into London’s West Indian community in the 1970s.

“For me, it was about the influence politically and socially the Black community had on the UK—how the influence has gone through the bloodstream of the country,” said McQueen over a candid Zoom chat. The Grenadian and Trinidadian history-maker sought to “portray, the lives of people who have existed during that time, how they progressed and were met with challenges.”

McQueen’s pentalogy is the ultimate nod to his Caribbean roots, which you can practically taste through the screen in scenes portraying the culture at its finest.

Small Axe is no small feat for McQueen, who revealed it was a project 11 years in the making because he wasn’t “mature” enough to helm the project when he first conceptualized it. “I wasn’t ready yet,” explained the director. “I needed to grow mentally and spiritually to have that perspective. I needed that experience to sort of go back to the beginning. So that was, that was a very important journey for me.” 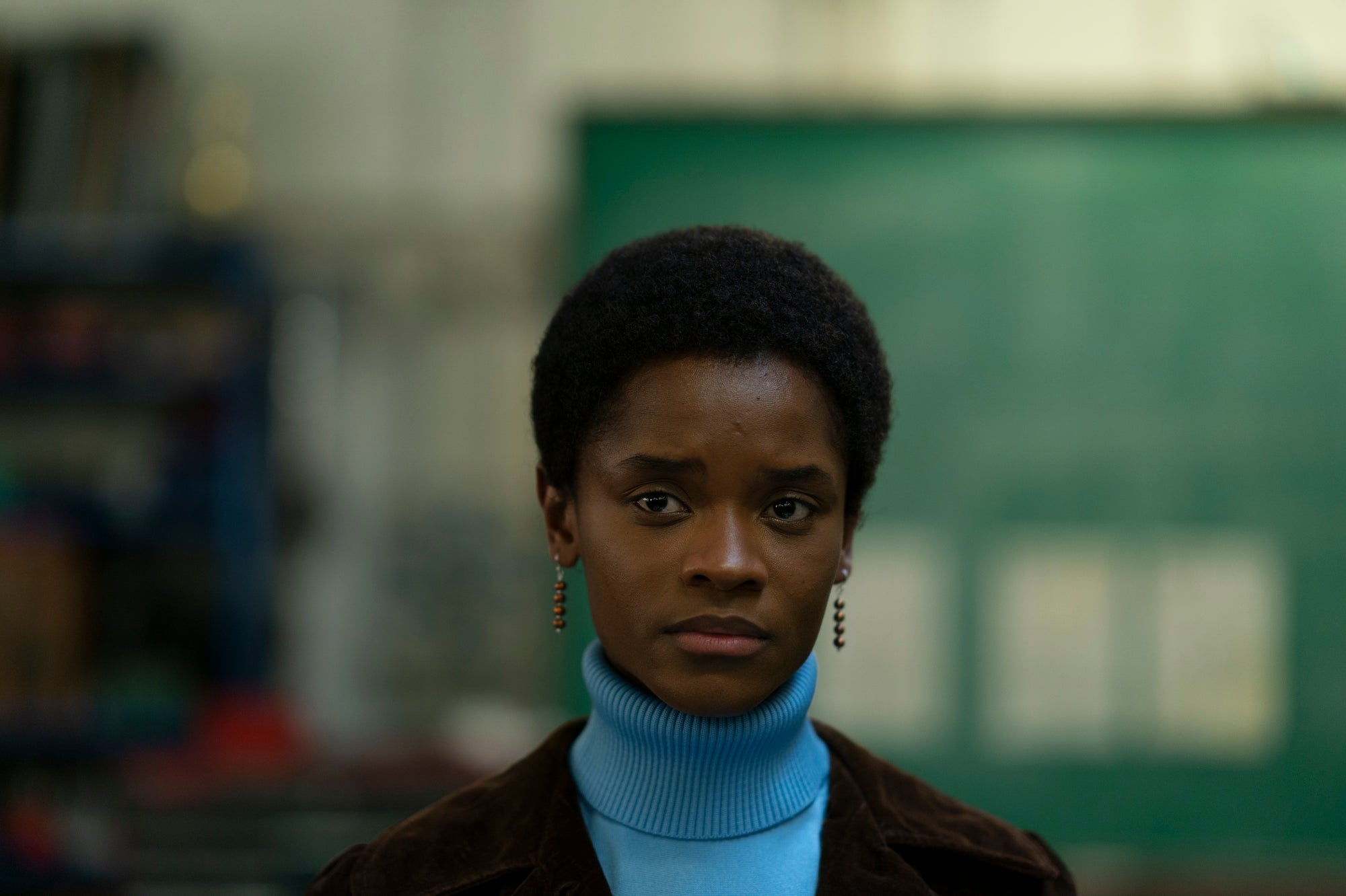 “Mangrove”—the first of the Amazon Video nexus—stars a young Letitia Wright whom many know from her charming performance in Black Panther. The British actress puts on a compelling performance as the character and real life change-agent Altheia Jones-LeCointe, who is one of the “Mangrove Nine” at the center of the landmark Notting Hill trial. McQueen’s Mangrove is an epic dramatization of the events that led to the indictment of a corrupt justice system.

Wright never had to audition for the part of Altheia, McQueen knew from the inception he wanted the starlet to be apart of his cast. “I never saw her act when I cast her just because of her energy, her intent and her seriousness. Often, you jut smell a situation, you sense it you taste it and it’s like his is it. I wanted to give her that trust. She had not been given the trust before. Her spirit is palpable.”

McQueen certainly has an eye for superior Black talent. He gave Lupita Nyong’o her first feature film role in 12 Years A Slave and she won an Oscar for best supporting actress. He enlisted John Boyega to star in the third film in the anthology series “Red, White And Blue.” The Star Wars actor embodies Leroy Logan, a Black officer on the London Metropolitan Police Force who dismantles the organizations racist culture. It is no coincidence Boyega found his voice in this role. 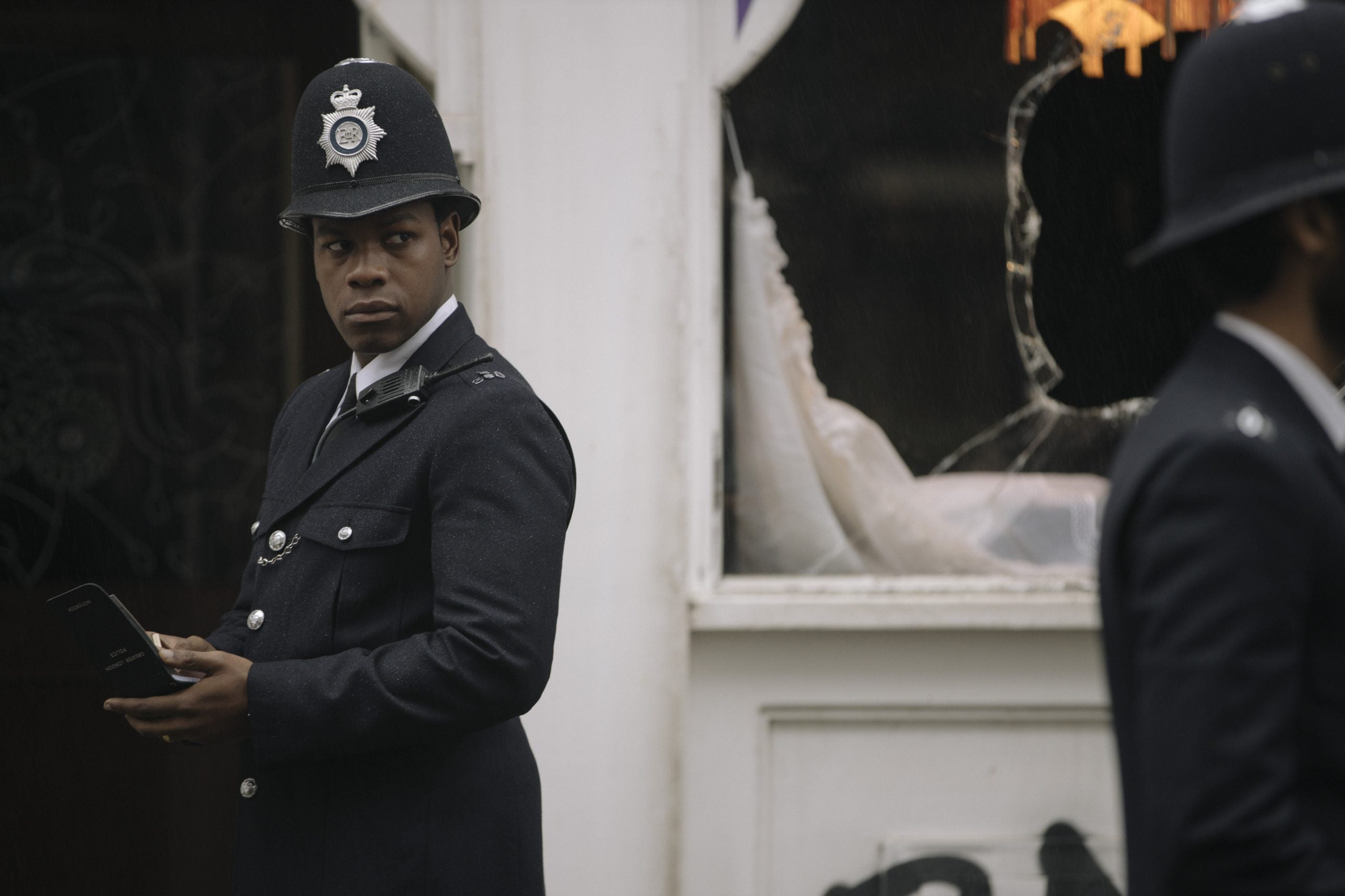 Earlier this year, Boyega made headlines for his rousing speech in London’s Hyde Park at the Black Lives Matter protests to raise awareness around the death of George Floyd. McQueen has no doubts Boyega’s impassioned moment behind the megaphone was sourced from the same well he used to embody Logan.

“It’s kind of interesting how art imitates life,” McQueen explained. “John was the golden boy. He was a poster boy. He was in Star Wars. He was one of the biggest factors in the world. And in comparison to Logan, who is called the golden boy for the metropolitan police in the UK—so we have people in different time zones who have been given to opportunity to excel in, in these two high ranking institutions. Both of them get disappointed, through no fault of their own, because of how those institutions treat them.” He added, “Where John, while he’s making Red, White And Blue, he goes to High Park and delivers that speech. I have no doubt what we were working on influenced him and what he was doing.”

See the listing below for when you can catch each piece in the collection on Amazon Video, starting this Friday: