All children get angry with their parents, but one woman has been reminded of a particularly unkind comment she made about her mother when she was younger.

Eve Barron, from Sutton Coldfield, Birmingham, blamed her mother for the family’s bad finances in a mean diary entry that she tweeted last week.

She even called her mum a ‘t***’ for getting their house remortgaged.

The student was just nine-years-old when she wrote the entry, and blamed her mother for the family being ‘poor’. 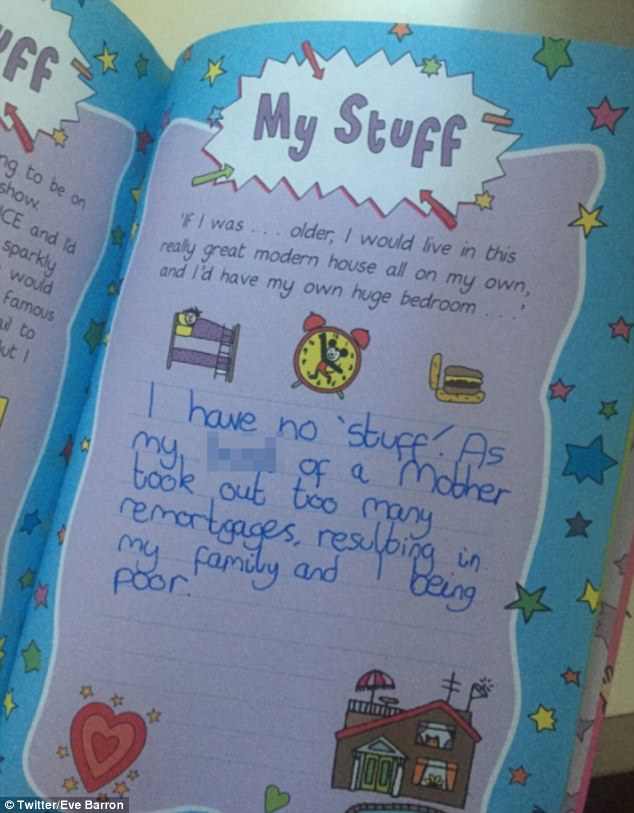 Eve Barron, from Sutton Coldfield, Birmingham, found her childhood diary with some very cutting remarks about her mother

Eve has now given her mum a belated apology for her younger self’s cutting remarks.

The diary had different sections for its owner to write about their life, and on this particular page it asked about their favourite ‘stuff’.

It said: ‘If I was… older, I would live in this really great modern house all on my own, and I’d have my own huge bedroom…’

And the question clearly hit a soft spot for a much younger – and much angrier – Eve. 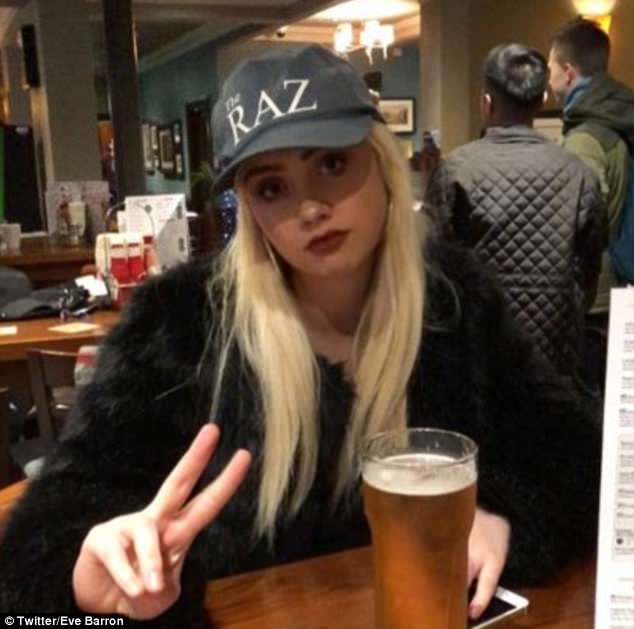 Instead of listing her favourite things, she decided to go on a rant about her family life.

She wrote: ‘I have no ”stuff” as my t*** of a mother took out too many remortgages.’

Eve said that her mum’s actions had supposedly resulted in ‘my family and I being poor’. 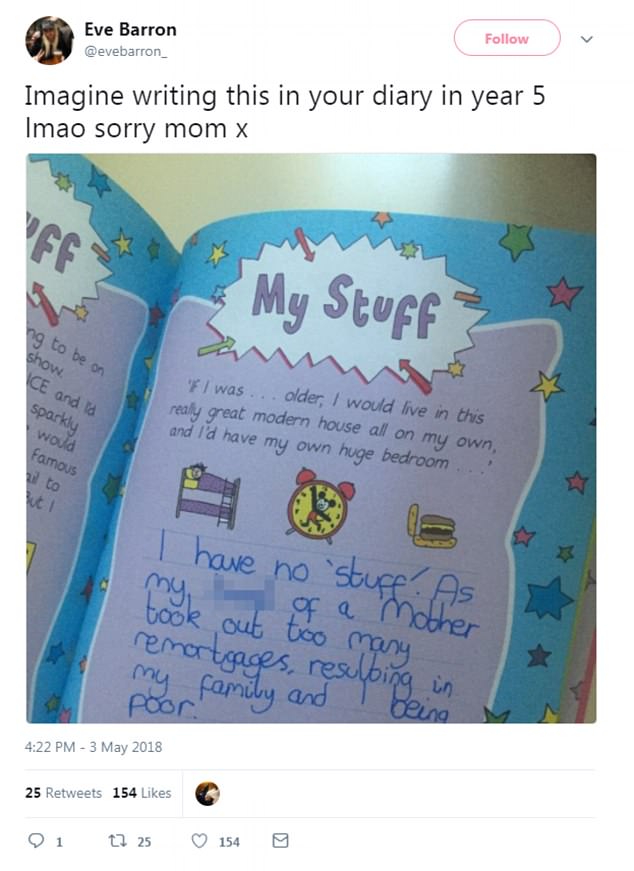 ‘Imagine writing this in your diary in year 5’: She took to Twitter to apologise for the unkind comments

Eve took to Twitter to share a picture of the entry, deciding to apologise to her mother all these years later.

She said: ‘Imagine writing this in your diary in year 5 lmao sorry mom x.’

The hilarious picture was then liked and retweeted over 200 times on Twitter.

‘I’m crying, ”t*** of a mother”,” One of Eve’s followers tweeted, followed by laughing emojis.