Based on Pulitzer Prize-winning August Wilson’s play of the same name, “Ma Rainey’s Black Bottom” explores racial tensions through the lens of the real-life “Mother of Blues,” who died in 1939.

The photos, posted to Netflix’s Twitter account, show Viola Davis as Rainey, with Boseman playing Levee, her trumpeter, in 1920s Chicago. It is directed by George. C. Wolfe and produced by Denzel Washington. Colman Domingo, Glynn Turman and Taylour Paige also star in it.

Boseman died of colon cancer in August at age 43. According to the New York Times, the film was shot during the summer of 2019.  “He did a brilliant job, and he’s gone,” Washington told the paper. “I still can’t believe it.”

Like many, Davis was not aware that Boseman was ill while they were filming. “I’m looking back at how tired he always seemed,” she said. “I look at his beautiful, unbelievable team that was meditating over him and massaging him, and I now realize everything they were trying to infuse in him to keep him going and working at his optimal level. And he received it.” 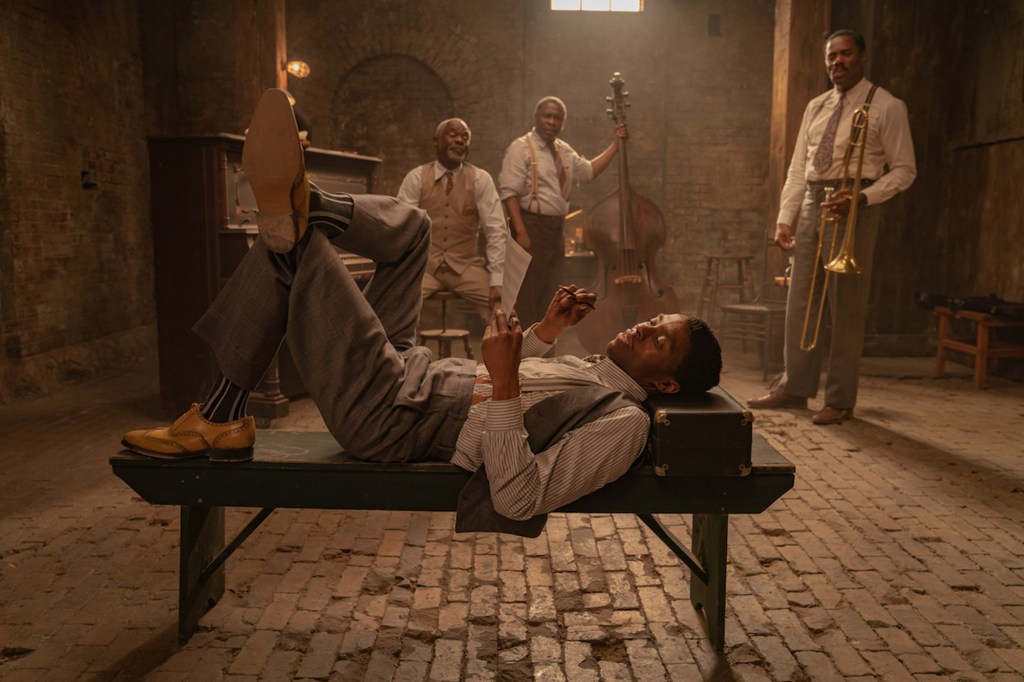 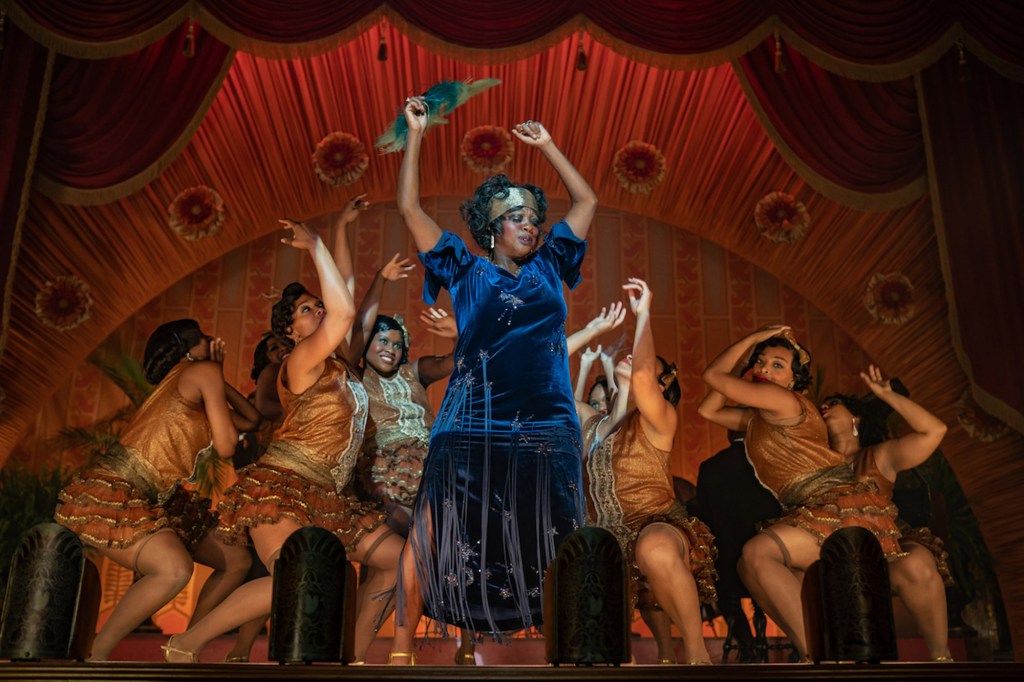 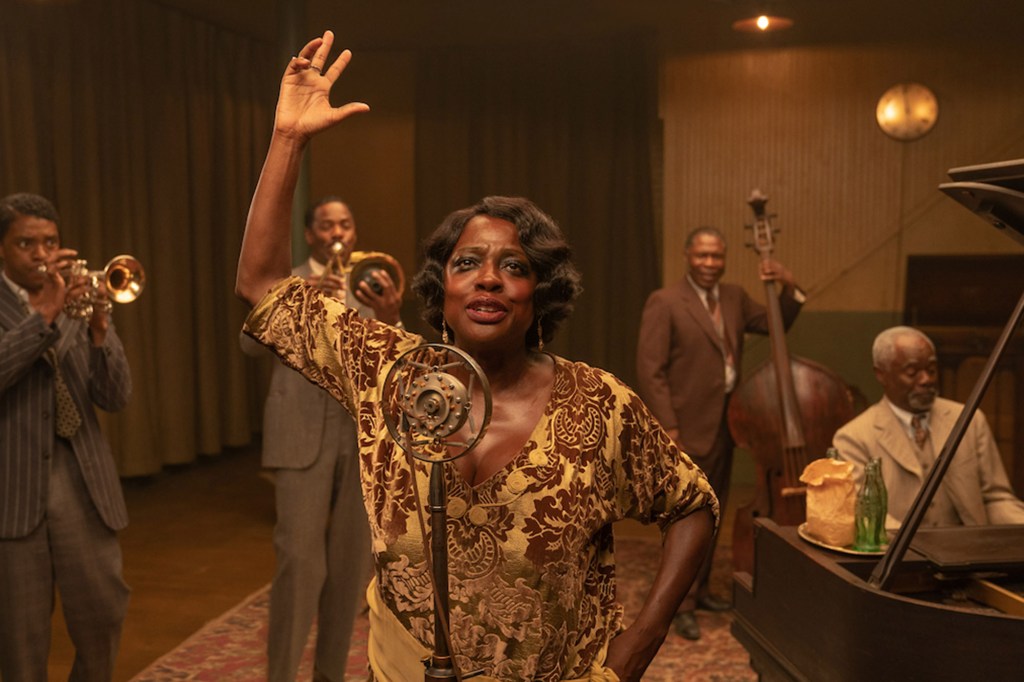