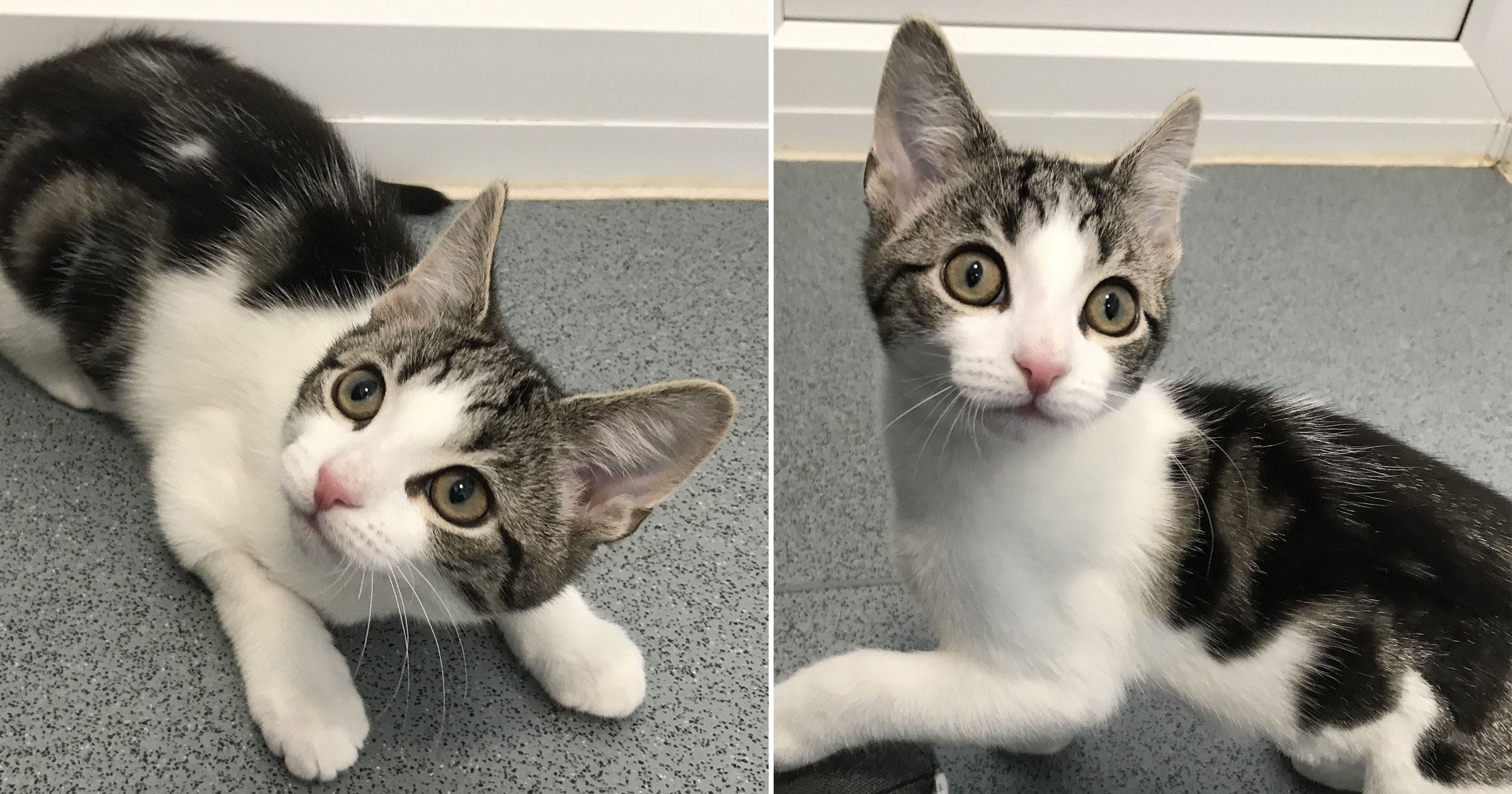 Meet Hope, the lovely, playful kitten who also has no discernable internal or external sex organs.

Hope is the first cat to be seen by vets at an animal charity who’s neither male nor female, after the tabby and white feline was taken to Cat’s Protection Warrington.

They were thought to be a female when brought to the branch with their mother and three siblings by a busy family who weren’t able to give the cats the care and attention they’d need.

However, subsequent examinations by vets found that Hope was not in fact a girl as initially believed.

Medics said that, although they have seen cats with both male and female sex organs before, Hope is a real first.

Cats Protection’s senior field veterinary officer Fiona Brockbank is calling the cat’s sexlessness agenesis – which is when an organ or organs simply don’t develop before birth – but having no sex organs at all is so rare there’s actually not a commonly used medical term to describe it.

Fiona said ‘We carried out a procedure to look for sex organs, but there’s nothing apparent inside or out.

‘There’s an outside possibility of some ectopic ovarian tissue hiding away internally, but we think this is extremely unlikely.

‘This is so rare that there isn’t really a commonly used term for this condition, but it is effectively sexual organ agenesis – where agenesis is the lack or failure of development in relation to body organs.’

Hope’s agenesis won’t impact their quality of life at all, and they’re all ready to find their forever home.

Fiona said: ‘This is not something we’ve come across before at Cats Protection.

‘While this means we don’t have any previous cases to base our knowledge of how this will affect Hope in the future, we spent time monitoring this cat to ensure they can urinate and defecate appropriately before they were considered ready for rehoming.’

Hope, who’s just 15 weeks old, is described by staff as a ‘delight’.

They’ve well and truly won over their caretakers, with Tyneside Adoption Centre manager Beni Benstead saying: ‘Discovering Hope’s special status has been an exciting time as none of us has seen this before or are likely to again.

‘Hope has been a delight to care for, and it is fantastic that they are now ready to be adopted.

‘We know they will bring someone many years of fun and companionship. We would also be extremely grateful to hear updates on our Tyneside superstar.’

The sweet kitten has already been vaccinated and microchipped, and insurer Petplan has confirmed that Hope will not need any special coverage.

More detail about adopting Hope or any other animal at Cats Protection’s Tyneside Adoption Centre can be found at Welcome to Cats Protection or by calling 0191 6531052.