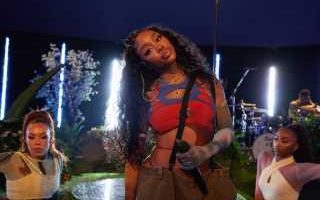 “That’s one of the young Black designers that I just saw on the ‘Gram that I love so much,” SZA said of the Dexter top she has on during her latest performance — a partnership with Grey Goose airing tonight at 9 p.m. ET on her YouTube channel.

Working with stylists Dianne Garcia and Alejandra Hernandez, she paired the item with a Jade Cooper bodysuit, Danbi gloves, Bottega Veneta boots and tagless, oversize pants hanging on with suspenders.

“It was so great that I got to wear it for something brand new, but it also fit the vibe,” she continued. “It was futuristic. It was edgy.”

The virtual performance was created to showcase the French liquor brand’s recent Grey Goose Essences release, vodka infused with real fruit and botanical essences. Titled “In Bloom,” the set blends nature elements with technology — often a theme in the music star’s videos. Filmed inside Wisdome, the dome-shaped Los Angeles art gallery and event space downtown, it was an oasis of sorts, filled with flowers and plants, juxtaposed with a glowing, geometrical, technology-inspired floor. It was shot 360-degrees, using multiple cameras, a drone and featuring her band and dancers.

“I wanted to mix cyber things with spiritual stuff…I love that part-computer, part-human thing, mixing that with nature,” said the 30-year-old Grammy-nominee, who blew up in 2017 after the release of her debut album, “Ctrl.” Fans have been anticipating her follow-up.

“I’m actually probably about to scrap all of it and start from scratch,” said SZA, seemingly half-joking, when asked about the new record. 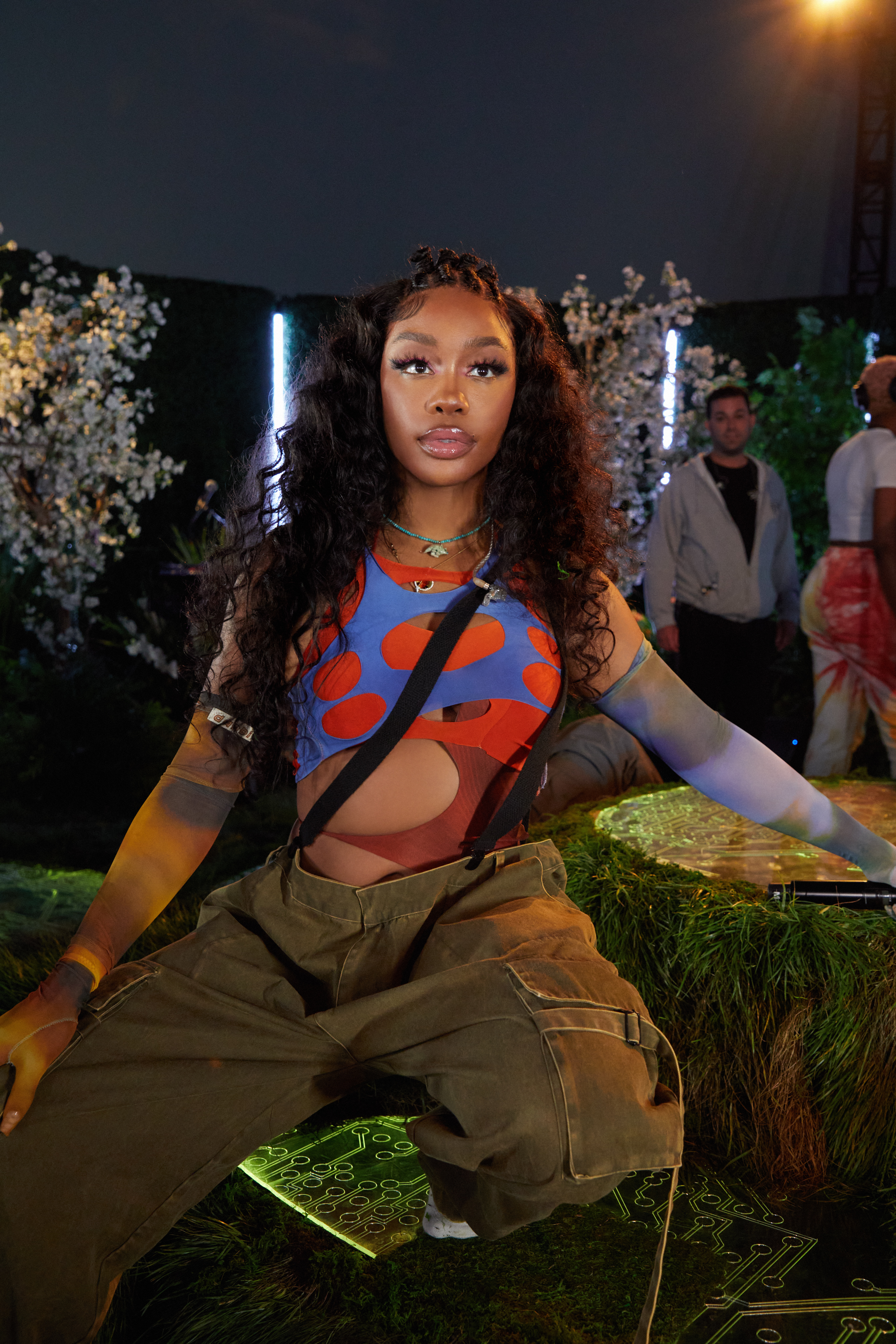 SZA wearing a Dexter top and Jade Cooper bodysuit on the set of “In Bloom,” airing tonight on her YouTube channel. Courtesy

During the performance, she plays familiar singles like “Hit Different” and “Good Days,” both released in 2020, as well as a newer drop, “Shirt.”

“I’m literally not talking about my album anymore until it’s out in the world,” she added. “At this point, I’m gonna start jinxing it, and I don’t want to jinx anything.”