In a society where good food can be extremely pricey (I’m looking at you, $10 avocado toast), one of life’s most sacred treasures is an inexpensive (and a super delicious) burrito. I’m not asking for much — that’s really all I need. And if you feel me on that, I have some good news. Taco Bell’s New Cravings Value Menu is set to include $1 burritos for a super affordable bite, and the best part is you can choose between two amazing fillings. Let’s get this bread, fam.

If a cheap, tasty burrito is all you’ve ever wanted, listen up, because I have some amazing news. According to a press release, you’ll soon be able to get Grande Burritos for just $1 at Taco Bell as part of its new Cravings Value Menu, according to the press release. That’s right, the new Cravings Value Menu is going to be available at participating Taco Bell restaurants nationwide as of Dec. 27, and the $1 Grande Burritos come with two tantalizing filling options. Yum.

First and foremost, there’s the Chicken Enchilada Burrito, which combines seasoned rice along with shredded chicken, a super flavorful red sauce, creamy sour cream, and most importantly, delectable shredded cheddar cheese, per the release. All of that is carefully wrapped up in a warm, soft tortilla. I don’t know about you, but that sounds like literal paradise to me. 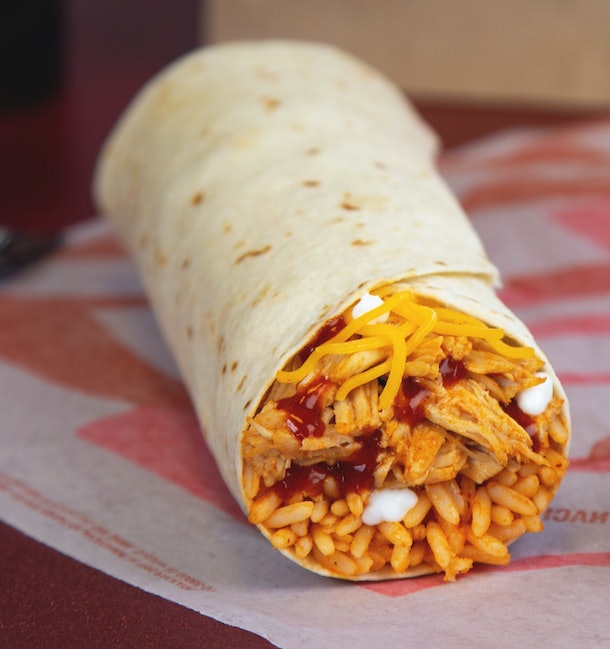 Next up is Taco Bell’s Three Cheese Nacho Burrito. If you’re all about that meat, it combines boldly seasoned beef with ooey gooey nacho cheese sauce, red tortilla strips, rich, sour cream, and — most importantly — a three cheese blend. Of course, all of that is tucked into a warm tortilla, because there’s nothing better than a soft, pillowy wrap… am I right? 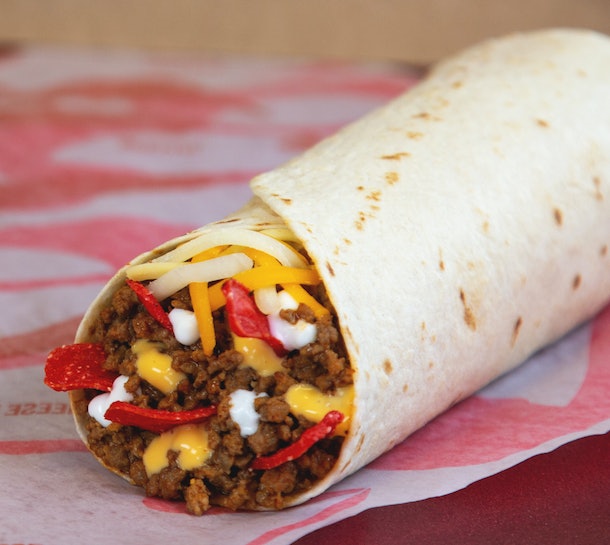 OK, seriously, how good does that look? My mouth is seriously watering RN.

In the press release, Thalberg shared:

The Cravings Value Menu will also include Spicy Potato Soft Tacos, Cheesy Bean & Rice Burritos, and Beefy Fritos Burritos, as well as Triple Layer Nachos, Cheesy Roll-Ups, Spicy Tostadas, Shredded Chicken Mini Quesadillas, as well as Beefy Mini Quesadillas, according to the press release. Plus, the chain will also be rolling out $5 Cravings boxes at participating restaurants, if you want to try a little bit of everything. Yum.

If you’re looking to give the gift of T-Bell this year to a loved one, the chain is offering branded onesies and sweaters on their website. That’s right, and TBH, they’re so cute. Just don’t spill that $1 Grande Burrito on it, burritos are messy AF.

Once again, Taco Bell is saving my life with delicious food for only a buck. Dec. 27 couldn’t come sooner, but between you and me, I’m kind of dreading that impending food coma. Oh, well — bring it on.