Jordin Sparks catapulted her way to fame in 2007 when she became the youngest “American Idol” winner in history — and she hasn’t stopped since.

The singer and new mom has never slowed down on working on her music.

Between recording three studio albums, the 29-year-old found time get married and start a family with her husband, Dana Isaiah.

Although she’s the one of the most successful “American Idol” winners, life hasn’t always been easy for Sparks.

The performer took a trip down memory lane with us and opened up about the road to stardom, the lessons she’s learned along the way and how she didn’t make the cut at first for “American Idol.”

Sparks hasn’t always been the bright-eyed and bubbly person she is today.

As a teen, Sparks was transferred from her longtime private school to a public one and “was not really happy about it,” she said.

“I was really into like, screamo and emo music and hard core rock,” she said.

Sparks said she realized that her behavior stemmed from her being insecure about being “the new kid.”

“It’s okay to embrace change,” she said looking back now. “It’s alright to have a new surrounding. It helps you grow.”

Everyone turns into their parents

“My son looks so much like me right here,” the singer, exclaimed of a family photo when she was a baby.

It’s clear to see that Sparks, who gave birth to son Isaiah Jr. in 2018, has a lot of admiration and love for her parents.

“I get a lot of my gumption and strength …. and drive and ambition from both of my parents.”

For Sparks, there was no backup.

“Look at how we were holding onto each other,” Sparks exclaimed of this childhood photo of her and her younger brother, P.J.. “We still do that.”

Despite Sparks’s quick rise to fame, there is no sibling rivalry between the two, only mutual admiration. Their bond remains strong.

“P.J. has been the best sibling and support system I think anyone could ask for,” she said. “He could have easily resented me for [winning ‘American Idol’] because all of the sudden, it was all about me.”

But at the end of the day, family is what is most important thing to Sparks and she feels fortunate to have her brother’s constant support.

“I don’t know if I would’ve been able to handle a lot of the stuff that came in” without him, she said.

Key into the butterflies

Looking back to “Idol,” Sparks revealed she was in fact rejected the first time she auditioned.

“I sang my song and [the producer] was like, ‘Next!’” she recalled.

Instead of quitting, Sparks set her sights a little smaller — trying out and winning for her local “Arizona Idol” competition — where the victor would get sent to the nearest audition city, Seattle.

The second time was the charm for the then-17-year-old, who became the youngest “Idol” winner at the time in 2007.

“Key into the excitement because when we lose it, when it fades, you gotta check yourself.”

Learn to love your primal side 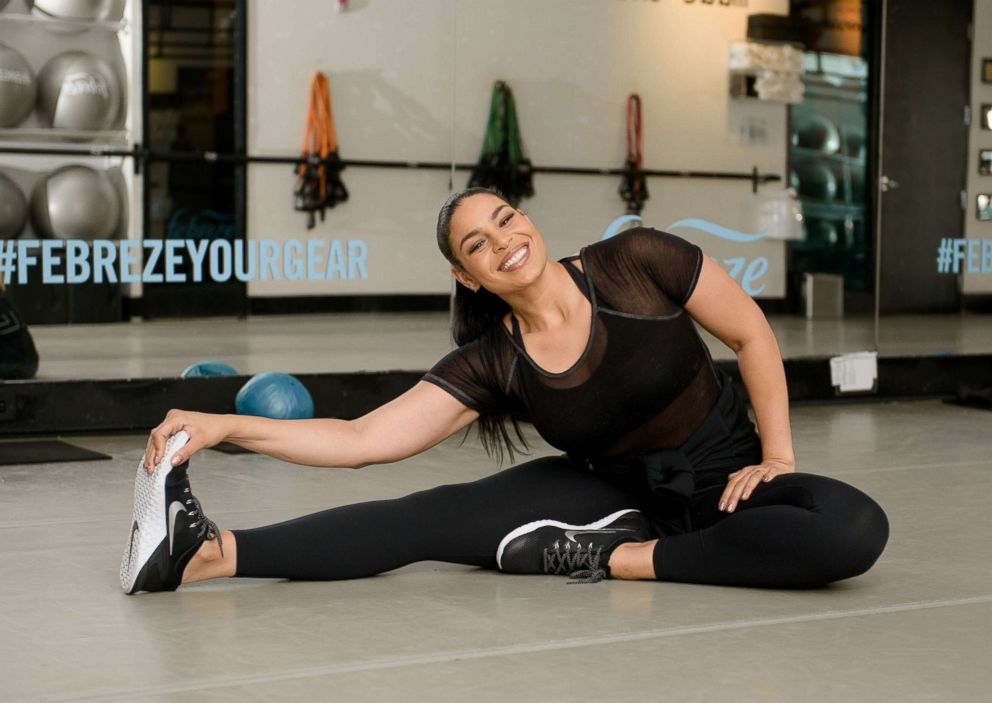 Juggling married life, motherhood and a successful singing career, Sparks still finds time for herself, often in the gym.

“I don’t feel like I’ve had a good workout until I’m drenched in sweat,” the fitness fanatic said at an event for #FebrezeYourGear. Sparks partnered with the brand, whose fabric refresher she uses to keep her gym gear smelling clean.

Exercise is a way for her to release the pressures of the day and reminds her of her “rough and tumble” days playing football with her dad and brother.

“I’m definitely a tomboy but I can dress up, too.”

When she’s at the gym, Sparks feels strong, confident and fierce — and wants more women to embrace those feelings, too.

“I would love to encourage girls to take that primal side,” she said. “There’s something really powerful about that.”