The 28-year-old Grammy winner took a little tumble on the stage at her latest Reputation Tour stop at MetLife Stadium in East Rutherford, New Jersey on Sunday. Videos posted on T.Swift fan accounts show the singer performing “Call It What You Want” when her legs are swept out from under her, causing her to fall. But Swift simply laughed off the incident with her dancer and continued with her performance.

It was an extra special night for Swift, who became the first woman to ever perform at MetLife Stadium three times in a row. T.Swift first performed on Friday with Gigi Hadid and Emma Stone in the audience. On Saturday, the “End Game” singer performed in the pouring rain for her second show. The rain also came pouring down at times during Swift’s performance on Sunday, but the singer declared over the weekend that she loves a rain show. 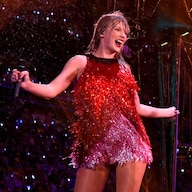 And despite any rumors of a breakup, Swift’s boyfriend Joe Alwyn was in attendance on Sunday evening. Fans spotted the actor watching the show with his brother, Patrick Alwyn. At one point, Swift’s beau was spotted waving to the singer as she flew over the crowd on a snake lift.

Tiffany Haddish, Common and Lena Dunham were also spotted in attendance at Sunday’s show. Haddish actually plays a major role in Swift’s concert, during her “Look What You Made Me Do” performance, a video plays which shows Haddish answering a phone and telling the caller, “The old Taylor can’t come to the phone right now.” Swift’s BFF, stylist Ashley Avignone, posted a video to Instagram of a smiling Haddish watching her cameo during the show. 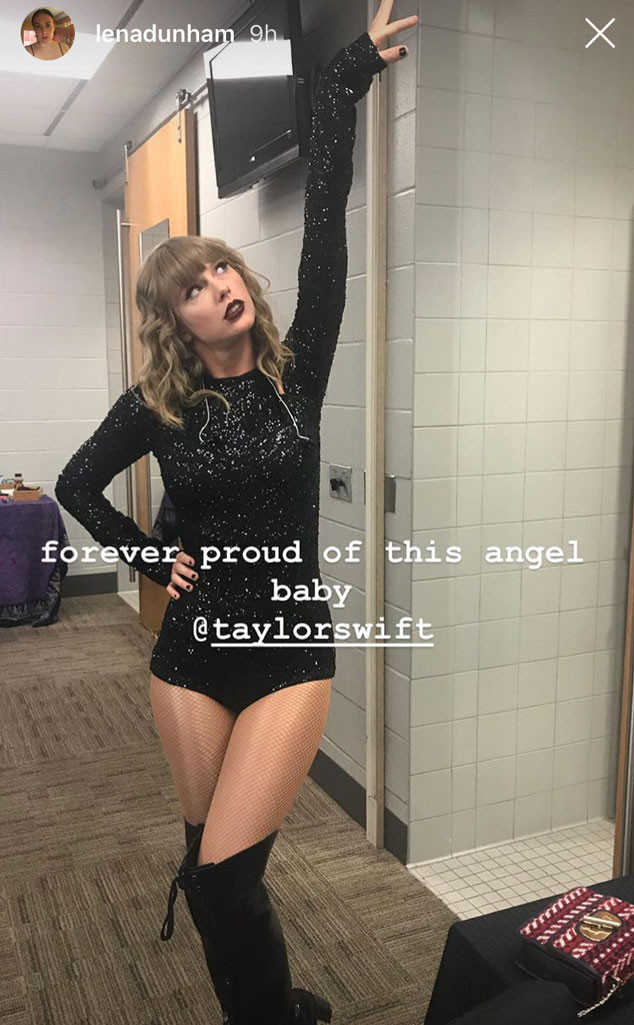 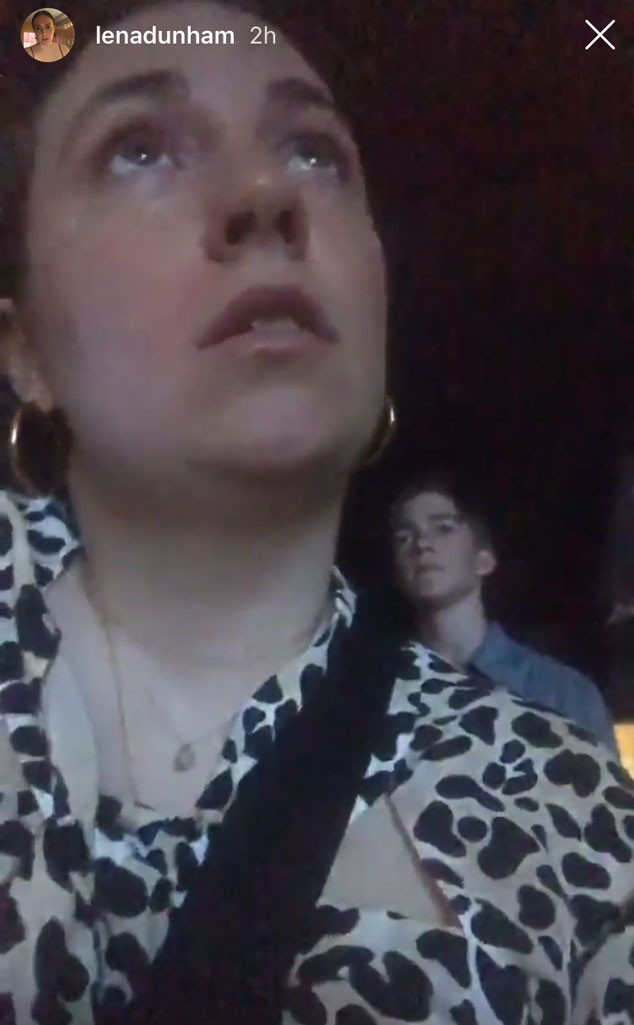 Swift’s pal Dunham also appeared to be having a great time at the concert on Sunday. She posted a series of photos and videos while watching the performance. In one video, you can see Alwyn’s brother in the background as Swift performs “Don’t Blame Me.”

After the show, Dunham posted a backstage photo of Swift striking a pose, captioning the pic, “Forever proud of this angel baby.”