Mild spoilers for Deadpool 2 ahead. It should go without saying that the surprise feline cameo from Taylor Swift’s cats in Deadpool 2 is absolutely purr-fect. But Swift wasn’t interested in keeping quiet about how much she loved the shirt Deadpool wears featuring Meredith Grey and Olivia Benson (the cats, not the TV characters). In fact, the singer had to tell the world just how proud she was of her fur babies big-screen debut. But when telling Meredith and Olivia the news, they reacted as excited as one might expect.

On Monday, Swift took to her Instagram Story to thank her buddy Ryan Reynolds for finding a way to feature her two Scottish Folds. "I’m so proud of my fuzzy daughters," she wrote alongside a screengrab of Deadpool wearing a T-shirt with her cats’ faces on it in the recently released sequel. Even better is the slogan: "Olivia and Meredith, Best Friends Purrr-ever." The shirt is certainly the cat’s meow, and Swift should really starting selling them as merch on her Reputation tour.

And maybe she’ll start, since it appears this shirt was a total surprise to her until now. Apparently, Reynolds is good at keeping secrets since he and his wife Blake Lively are pretty close friends with Swift. Beyond Lively previously saying she wants to marry Swift, the couple has been known to attend some of her parties. Most notably, the 2016 Fourth of July extravaganza that not only gave us Tom Hiddleston’s "I heart T.S." tank top, but that meme-worthy photo of Reynolds’ RBF. 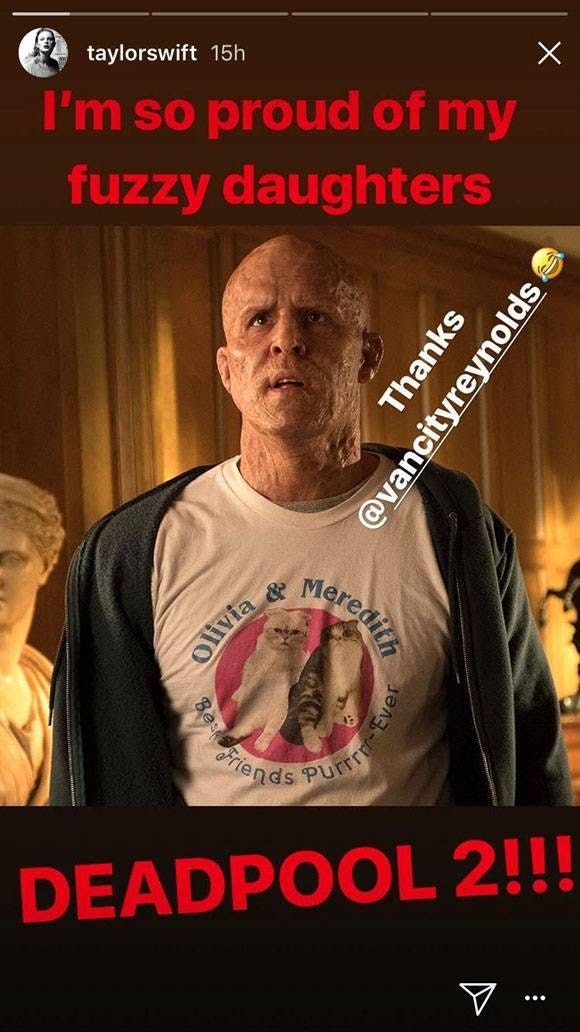 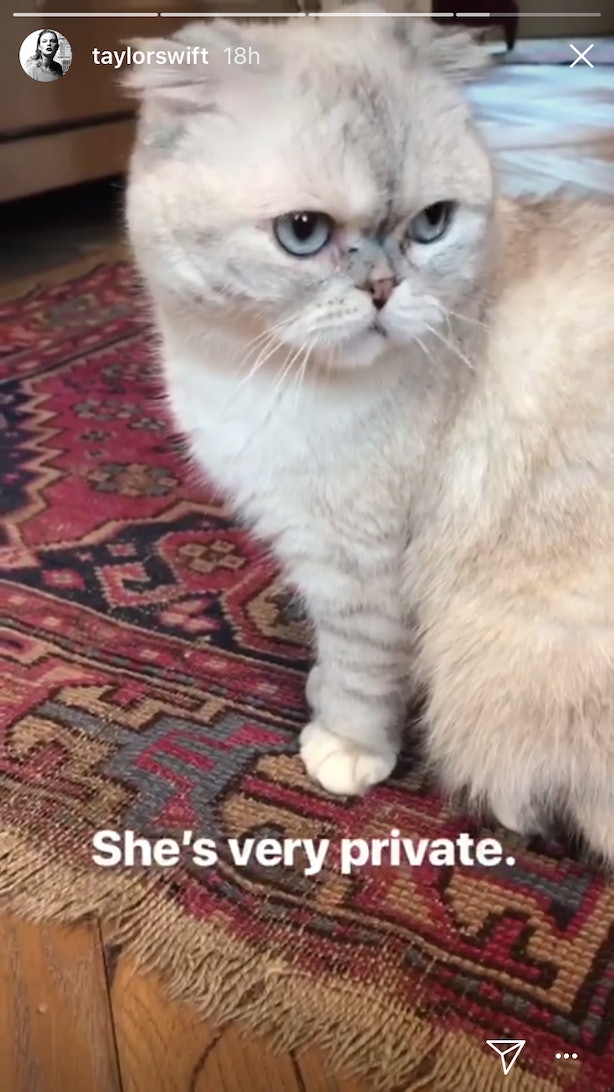 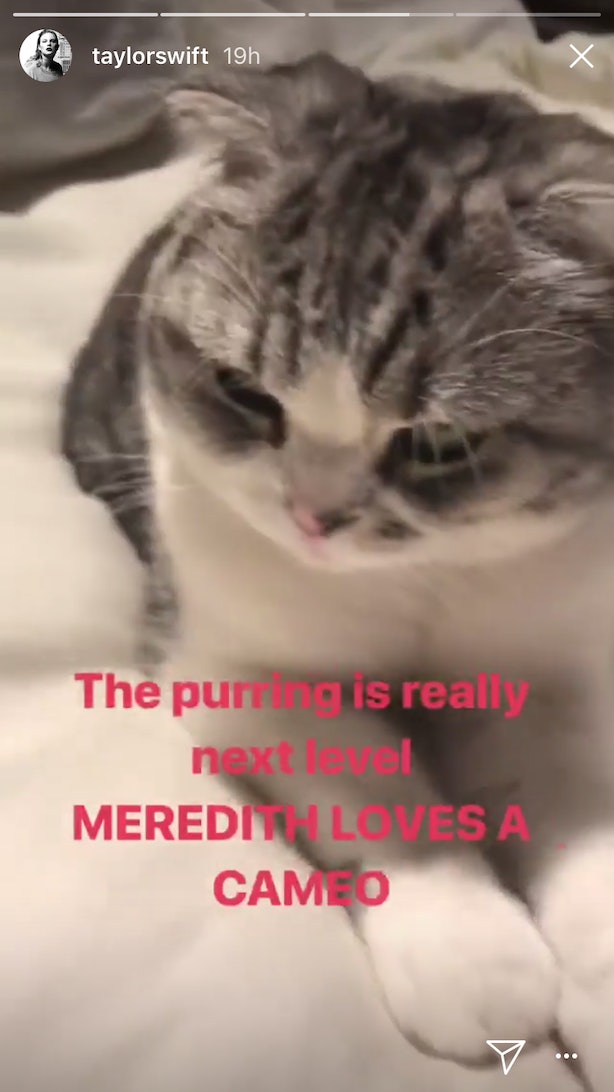 In an interview with The Hollywood Reporter, the film’s co-writer Paul Wernick said they thought it would be funny to nab Pitt for the part of Vanisher, who’s normally invisible, but here, flashes briefly on screen after getting electrocuted.

"We just thought, ‘Oh my god, what a perfect idea for a celebrity cameo.’ And then we thought, ‘Who is the hardest get in Hollywood? Let’s call him,’ ” Wernick told THR. But when Reynolds called him to see if he’d be interested “he immediately said yes,” Wernick said, noting Pitt’s kids are big fans. “It was a pinch-me moment.”

Maybe Swift’s cat Olivia will be more impressed by Pitt’s cameo than her own.