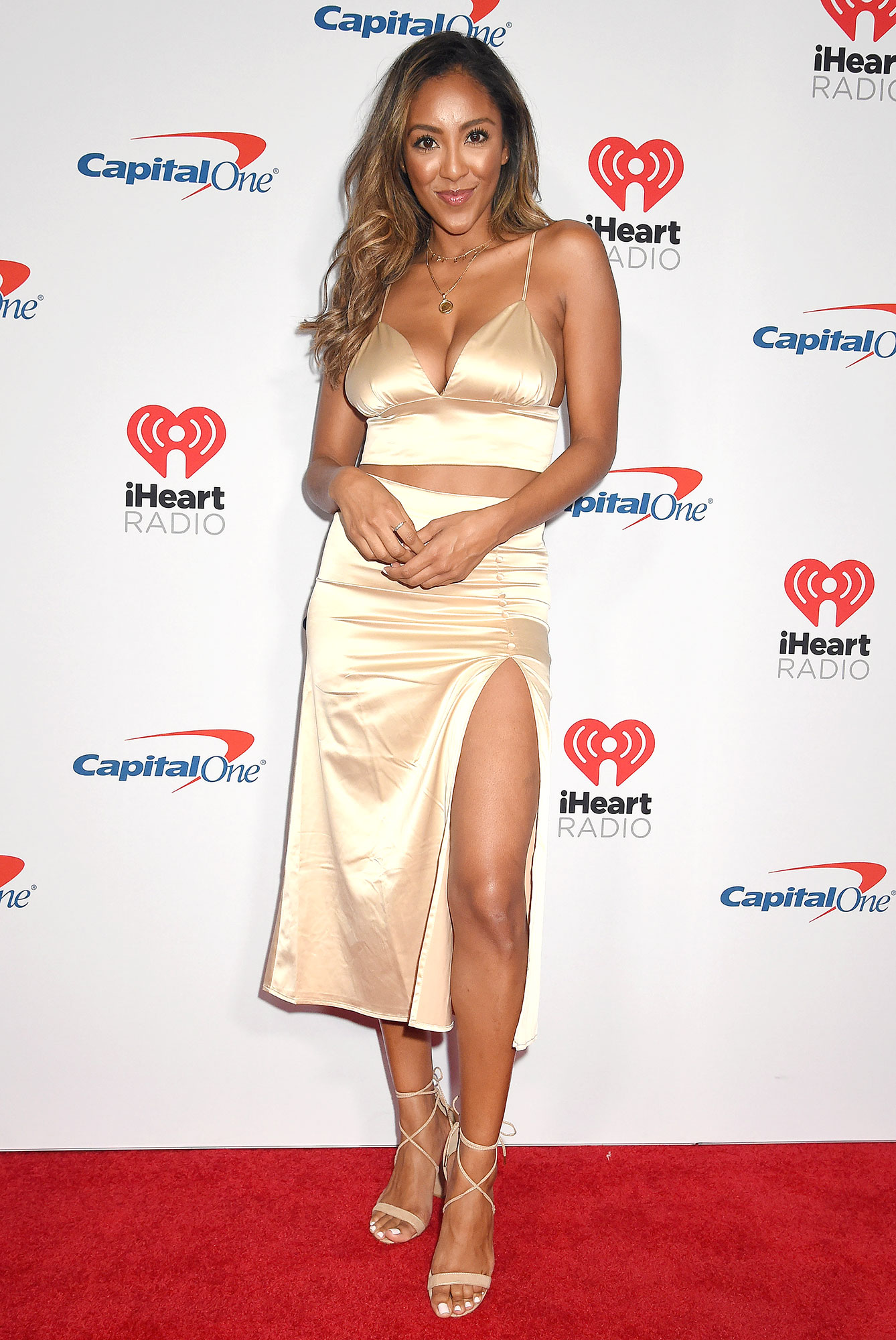 Tayshia Adams had a front-row seat to Katie Thurston and Blake Moynes’ love story — and she didn’t like the ending. The Bachelorette cohost shared her reaction to the season 17 duo’s split days after news broke that they called it quits.

Down in the DMs! Blake Moynes’ ‘Bachelorette’ Timeline: From Clare to Katie

After Andy Cohen noted, “I mean, the success rate [on in Bachelor Nation] is quite low,” she flashed her diamond from fiancé Zac Clark. 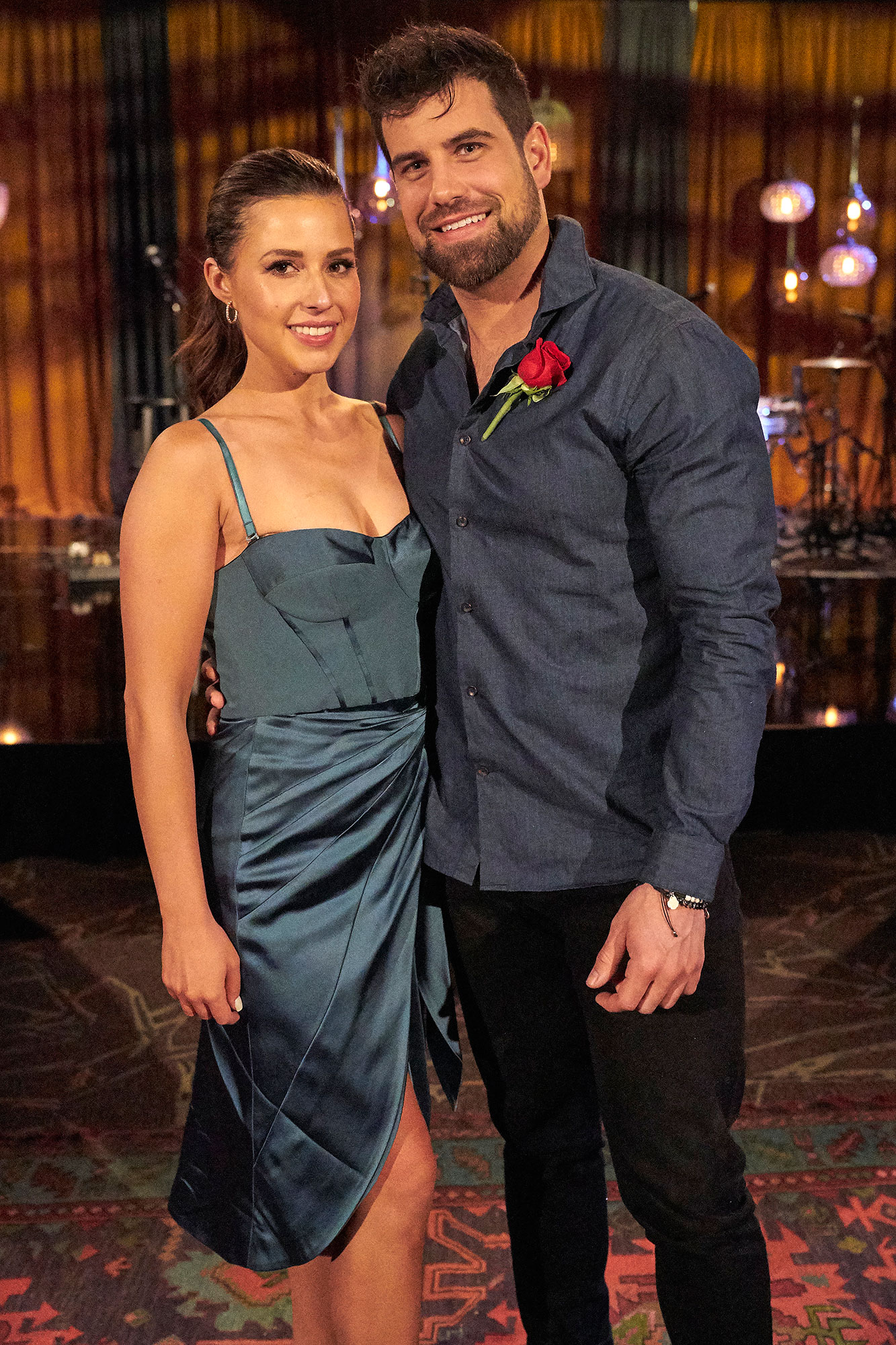 “I mean I wouldn’t say that. I’m doing pretty well,” Adams added before the host started questioning her wedding plans. “I’m not sure [when we will get married]. I just got done from filming, not too long ago, I’m finally back in the city, I’m training for a marathon, I’ve got a lot on my plate. We’ll see.”

A seemingly skeptical Cohen, 53, replied, “OK” before noting Adams wasn’t “immune” to his shadiness after he went hard on Austen Kroll at the top of the episode.

Thurston, 30, and Moynes, 31, announced their breakup via a joint statement on Monday, October 25: “It is with mutual love and respect that we have decided to go our separate ways. We are so grateful for the moments we shared together and the entire journey that has unfolded this year, but we ultimately have concluded that we are not compatible as life partners, and it is the most caring choice for both of us to move forward independently.”

The Canada native popped the question during the August finale — after a pep talk from Adams.

“She just reminded me of the confidence and the boldness that I came in [with] and why I came here,” Moynes, who first appeared on Adams’ season 16 of The Bachelorette in 2020, exclusively told Us after the finale. “There’s so much weight that comes on the day that can make you start to overthink in that moment. [Tayshia is] like, ‘OK, but let’s take a [look at the] bigger picture. ‘Why are you here? What did you come here for?’ Like, let’s really think about this.’ And without her, I probably just would’ve kept spinning. And she was able to make valid points, but then bring me back to what this was all about and why came here in the first place.”

Former Bachelorettes on What Happens to Engagement Rings After Splits

During her WWHL appearance, Adams also noted that she “dodged a bullet” with finalist Brendan Morais after his Bachelor in Paradise drama and simply replied “no” when asked whether she was surprised that Matt James and Rachael Kirkconnell quietly got back together earlier this year. The former phlebotomist had a bit more to say when asked about Colton Underwood coming out as gay in April — two years after she competed on his season.

“I have not [spoken to him],” Adams told Cohen. “It was just a surprise. That was a time in my life — I was really grateful honestly because he helped me grow as a person. That’s what I can appreciate him for and whatever makes him happy makes him happy.”