Teen mother, 16, takes two-year-old daughter with her to PROM after being told she’d never finish school when she fell pregnant aged 13

A 16-year-old mother who fell pregnant aged just 13 took her two-year-old daughter to prom to defy cruel classmates who said she would never finish school.

Now she has shared heartwarming snaps of her and her blonde-haired daughter in prom dresses to celebrate finishing school and to prove wrong her cruel classmates who said she had ruined her life. 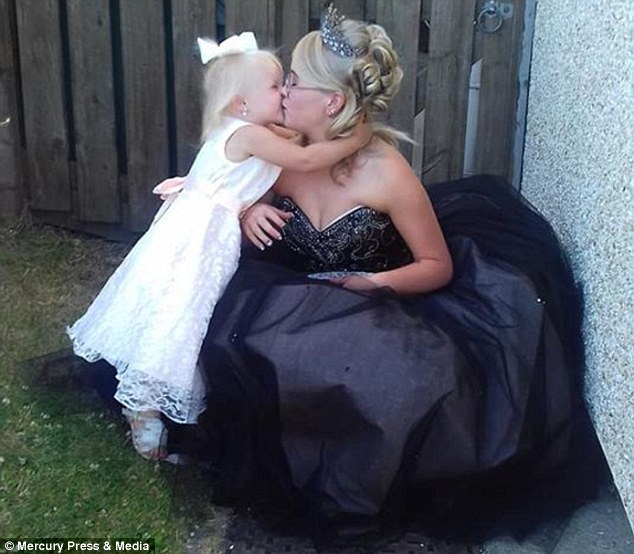 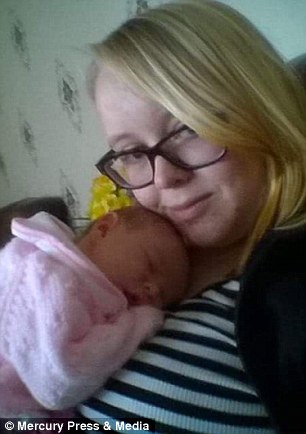 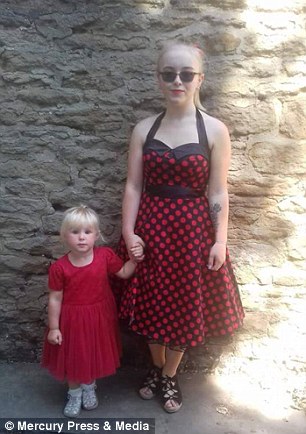 Kayleigh was just 14 when Harley was born (left). Despite being so young and being taunted by cruel strangers and classmates, she has raised a happy, healthy toddler, who is now two (right, in a recent picture) and has completed seven GCSEs

Kayleigh wore a voluptuous princess-style satin black gown with an embellished beaded corset and a jewelled tiara to her prom night earlier this month.

Though Harley couldn’t attend the actual party, Kayleigh bought her daughter an ivory lace dress and an oversized pink bow so that she could also feel like a ‘princess’.

The pair posed for snaps together before Kayleigh, who is due to study music at college in September, was driven to her prom night with Harley by her side.

Kayleigh, who lives with her parents, said: ‘I wanted to take Harley to my prom and get her all dressed up to show her that she is a princess in my eyes – and always will be. 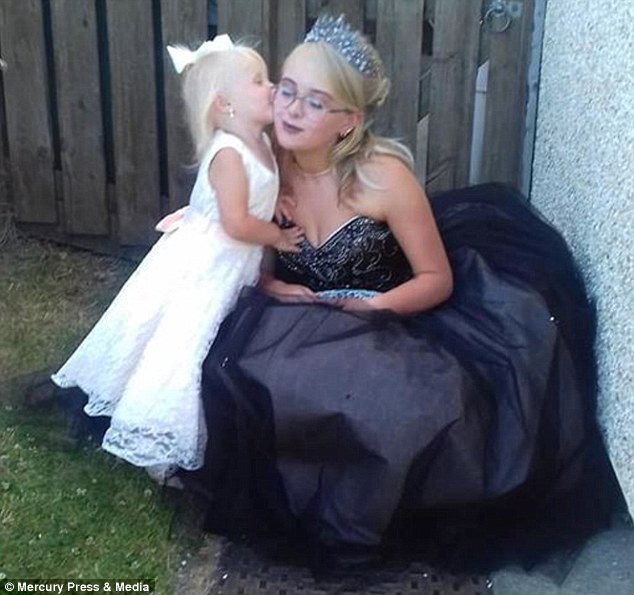 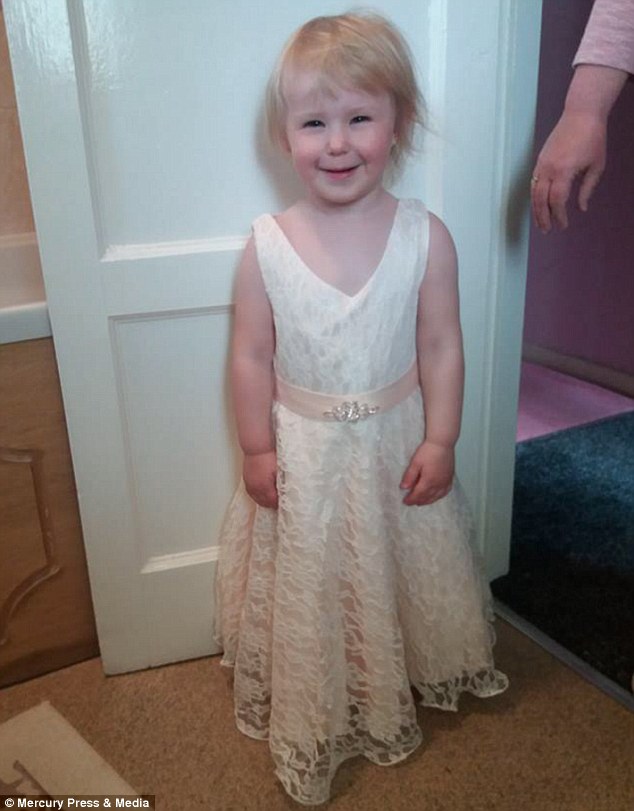 Two-year-old Harley got to wear a pretty ivory lace gown with a pink sash around the middle for Kayleigh’s prom night, which she loved

‘I hope she grows up knowing that she deserves the best and never to settle for anything or anyone that makes her unhappy. She should be treated with love and care.

‘I also wanted to show everyone else who thought I would never make it through school being a young mum that I did it. Here I am celebrating finishing school with my daughter.

Kayleigh had kept her pregnancy secret for six months when she was 13 as she was terrified how her parents Sharon Snaith, 48, and Tommy Snaith, 53, would react.

But the schoolgirl’s stunned mum and dad promised to support Kayleigh no matter what and set about frantically preparing their house for their new granddaughter Harley. 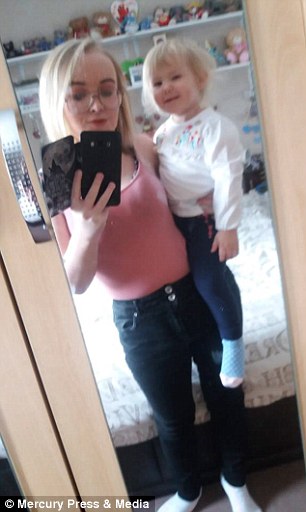 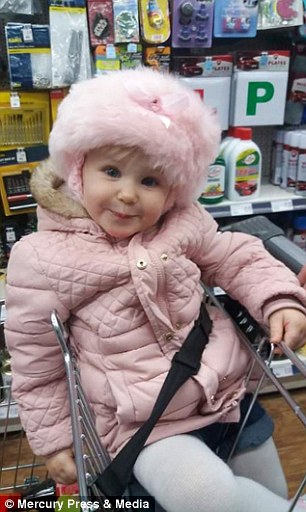 Kayleigh says she often used to be up in the night with Harley while studying for her GCSEs and then would go to school the next day. But she said all the tiredness was worth it for her daughter (right) 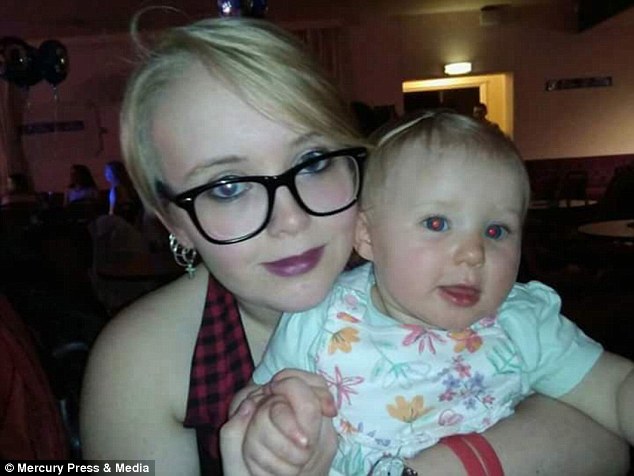 Kayleigh with Harley when she was about a year old. Kayleigh was just 13 when she became pregnant 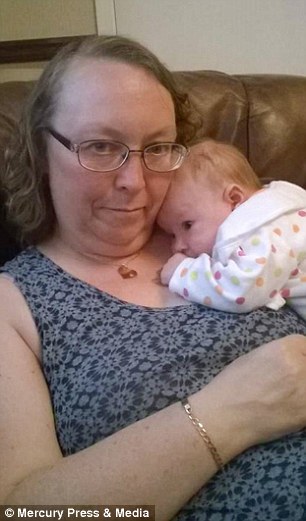 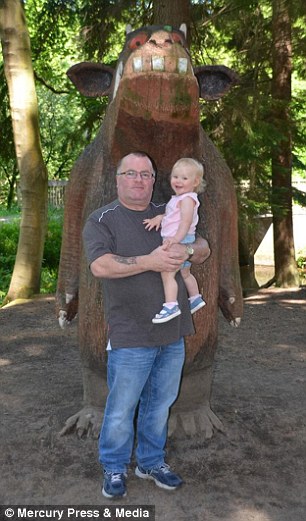 Kayleigh kept her pregnancy secret from her parents, Sharon (left), and Tommy (right) Snaith, because she was scared of their reaction. But after getting over their shock, they have supported her in raising her little girl

As a young mum Kayleigh has faced cruel comments from strangers and classmates telling her she’s ruined her life, would never achieve at school and even branding her ‘disgusting’.

Kayleigh said she couldn’t imagine a better way to celebrate finishing school – and proving the haters wrong – than getting glammed up with her daughter.

Explaining why she took Harley with her to prom, she said: ‘I wanted everyone to see that Harley comes first. Nothing is just about me anymore, it’s about me and Harley. I wanted her to feel as beautiful and loved as I did on my prom day.

‘It hasn’t been easy. When Harley was a newborn I would be up through the night with her, sometimes for two or three hours if she didn’t settle, and then I would go to school. 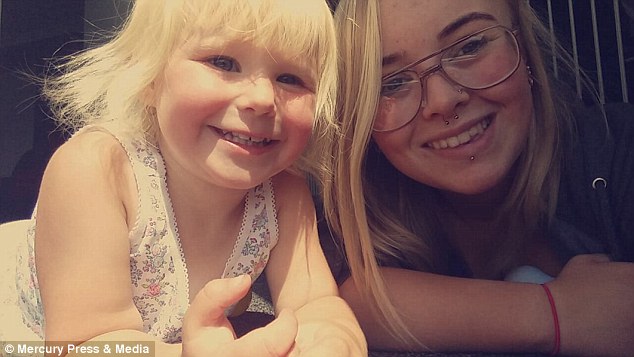 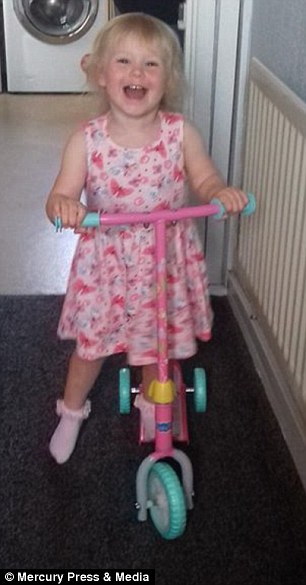 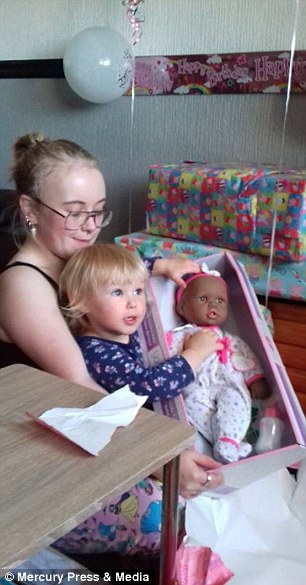 Harley is a happy and healthy toddler (left). Kayleigh said it was difficult being an adult with a child at home (right), and then being a child herself in school

‘At home I’m a mother and an adult to my child but then in school I was suddenly a student, a child there to learn.

‘I was so tired all the time and I would have people telling me I was disgusting, that I’d ruined my life, I’d never be a good mum and I’d never achieve anything in life. It was really hard.

‘But knowing Harley was at home waiting for me and that I was working for our future really motivated me. All the tiredness was worth it to build the best possible life for my daughter.

‘Getting through my GCSEs was tough. I was terrified that I wouldn’t be able to do it while raising Harley.