One “Teen Wolf” star was “almost hired” to play another character.

“Teen Wolf” creator Jeff Davis is spilling details about the series in honor of its 10th anniversary.

In a recent interview with E! News, Davis shared some insight about the show’s casting process, revealing the names of a few stars who auditioned but weren’t cast. 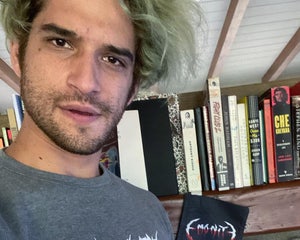 According to the publication, “American Horror Story” and “X-Men: Days of Future Past” star Evan Peters read for the role of Stiles Stilinski, which, of course, ultimately went to Dylan O’Brien.

Davis also shared that J.R. Bourne — who played Chris Argent, dad to Allison Argent (Crystal Reed) — auditioned for the role of Deaton and was “almost hired” to play the character.

“But then I thought to myself, there’s something about him and he just felt right as Allison’s dad,” Davis explained.

The supernatural drama premiered on June 5, 2011. It ran for six seasons and sounded off in 2017.

Many of the show’s stars — including Posey and O’Brien — posted on social media over the weekend to celebrate “Teen Wolf’s” 10-year anniversary.

“I have no pics on my phone so had to steal from my friends,” Posey wrote alongside a series of throwback photos. “10 years ago my life changed for the better and all you fans remind me every day of that and I love all of you and everyone helped make this show as badass as it was. Happy 10 f——- years!!”

While speaking to E! News, Davis said, “What was really unusual to me was that the cast loved each other. There were little fights and disagreements and people grew out of touch, but they still all hang out together. Daniel [Sharman] and Max [Carver] just did a road trip on a bike together. Colton [Haynes] and Holland [Roden] are still the best of friends. It’s nice to see that everybody really had such a good time making it.”