Congratulations are in order…sort of!

Kyle West (Josh Henderson) and Megan Morrison (Christine Evangelista) finally walked down the aisle. Well, first, Megan needed to get dressed and drive to the wedding from Xavier Hughes’ (Ruffin Prentiss) house where she had a bit of an adult sleepover after finding out that Kyle may have betrayed her.

“I was hoping I would wake up to a different life—something simpler,” Megan told Xavier about their night together. “The whole thing is a nightmare and there is nothing I can do about it.” If you think cheating on her fiancé the night before her wedding stopped her from getting married, then think again.

Megan and Kyle ended up walking down the aisle and saying their vows in a picture perfect ceremony, but that is pretty much where the pleasantries ended. No sooner than the ink dried on their marriage license, Megan left Kyle in their honeymoon car and jumped in a car with Leslie (Autumn Reeser).

“Kyle, I came back for the wedding. I didn’t come back for our relationship,” she told him before disappearing with her old agent.

Kyle West Is Shocked to See Aaron in a Wheelchair 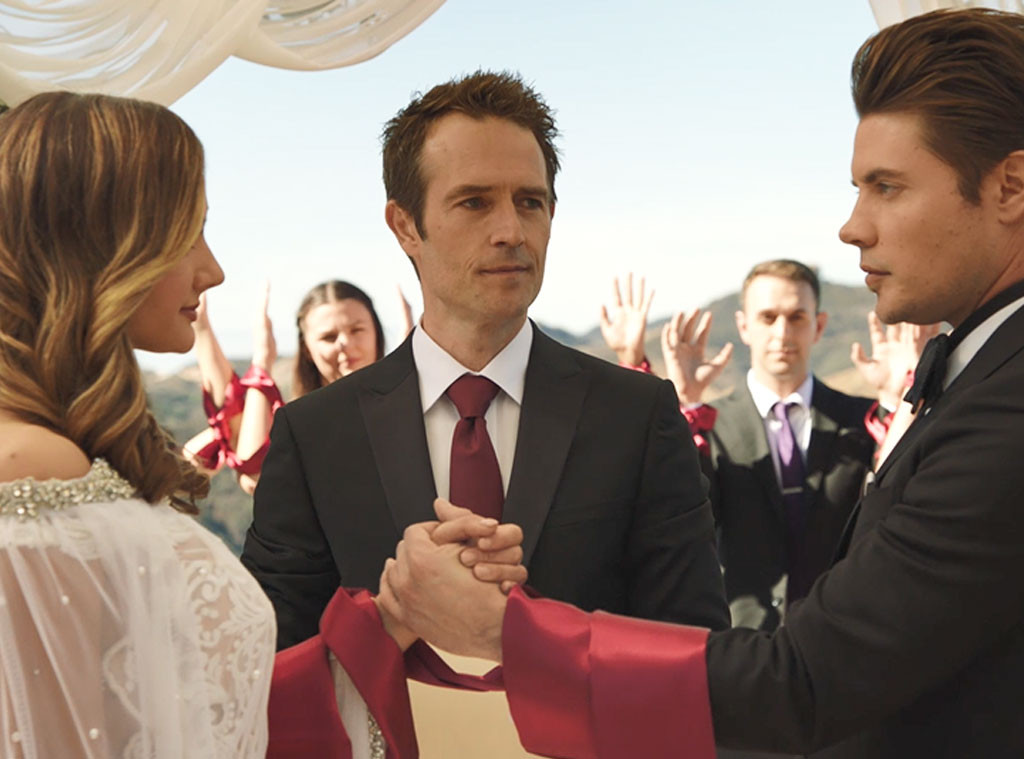 So is Megan already bailing on the marriage? Kyle wanted to know the same thing. So did Terence (Michael Vartan) and Deann (Lexa Doig). “I am done with this goddamn experiment! She runs off the second the wedding is over. That’s a message. She doesn’t care, she can’t be controlled,” Terence explained to his wife. “She thinks she can take the money and the fame that we gave her and ruin us. And if it’s not Aaron and Julie it will be something else…This is going to end now.”

“What do you want to do?” she asked her husband. They have put far too much on the line for Megan and they are done with her nonsense.

“I am not talking about the facility,” Terence informed her. “Can’t she just disappear like Colton?” Could he really be considering this option? “I don’t think this is something we can outsource,” Deann said cryptically. 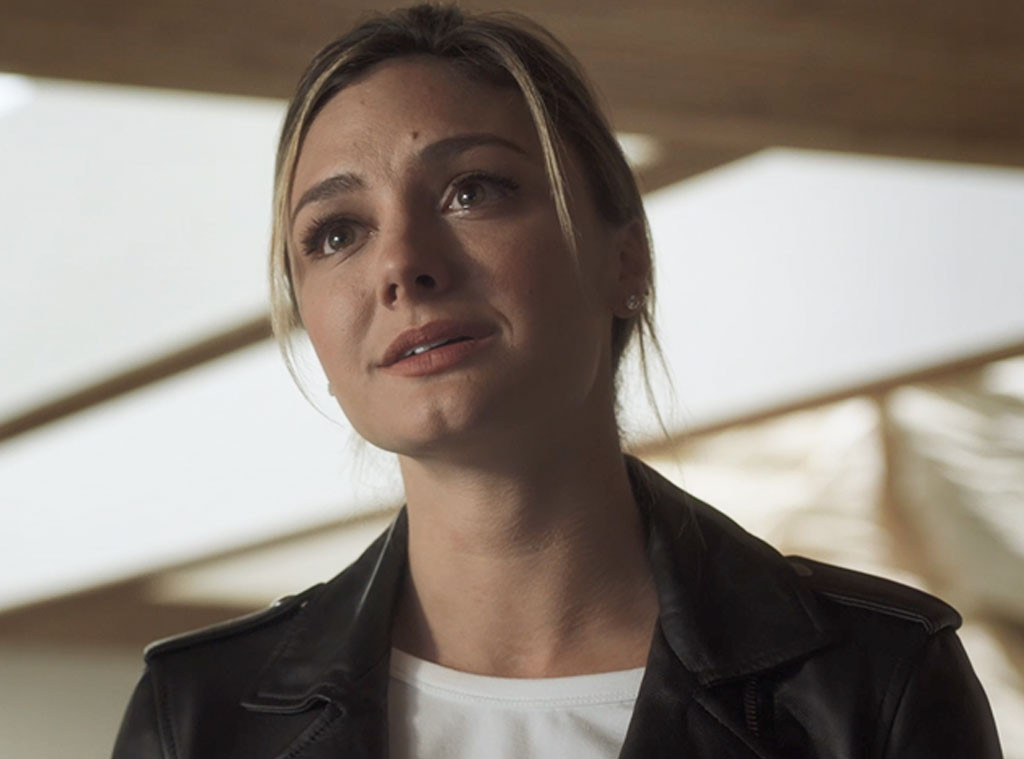 After some soul searching, Megan returned home to tell Kyle how things were going to go from here on out. He wanted an arrangement, so that’s what he’s going to get. They’ll put on a show for the world and essentially live their own separate lives.

Understandably, Kyle is not up for their new arrangement. “I just want us to go back to the way things were and we cannot do that unless you choose to be here,” Kyle told her.

“Kyle, we can’t get back to what we were. We have to accept what we are,” she told her new husband. Once Megan leaves, he does a little soul searching of his own and decides to risk everything for the woman he loves.

While Kyle is busy planning to go public about what he did to Aaron, Terence and Deann are planning to end Megan’s life. 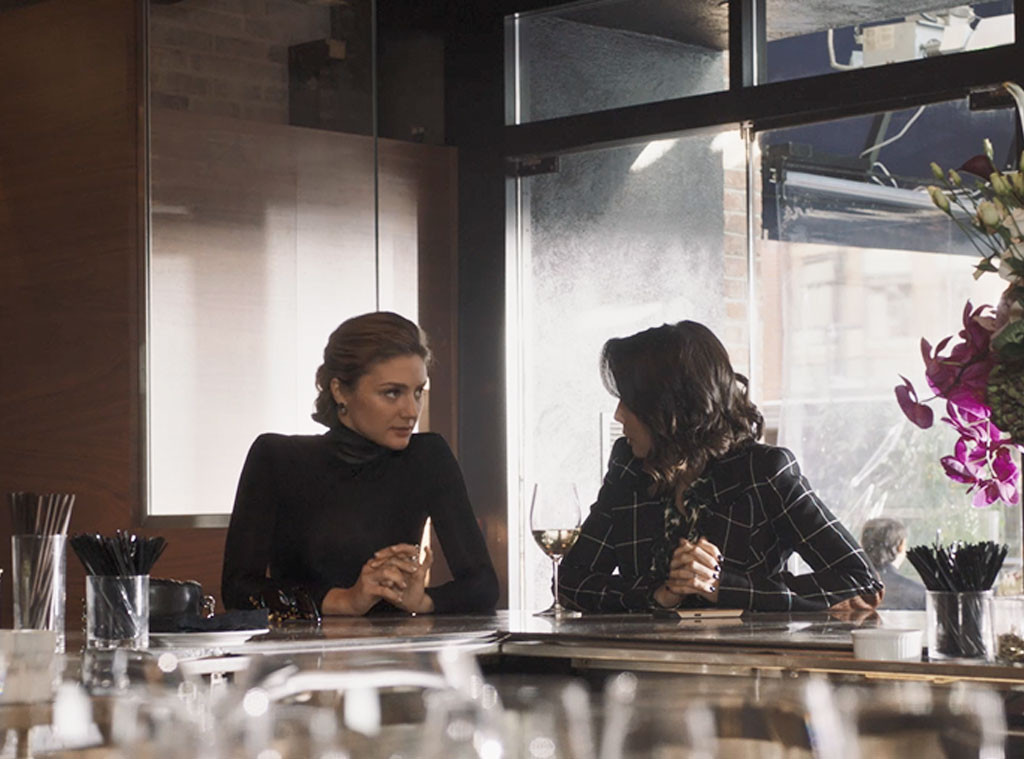 As part of their plan, Deann calls up Megan for a drink and offers to have her meet with June Layton, whose story she wants Megan to play in a movie. Or at least that’s what Megan thinks, but it’s really a trap to lure her to her death.

While Megan is on her way to what she thinks is a meeting with June Layton, Terence and Deann are in the hotel room waiting for her to arrive. For safety, Deann has Terence share his plans for killing Megan with her one last time.

Deann looks super nervous after hearing Terence’s elaborate plan to murder and frame Megan as an out-of-control drug addict. Only it turns out, what really had Deann nervous is not Megan’s impending murder, but the fact that she has been working on her own plan. 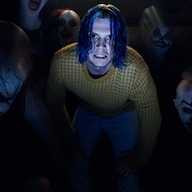 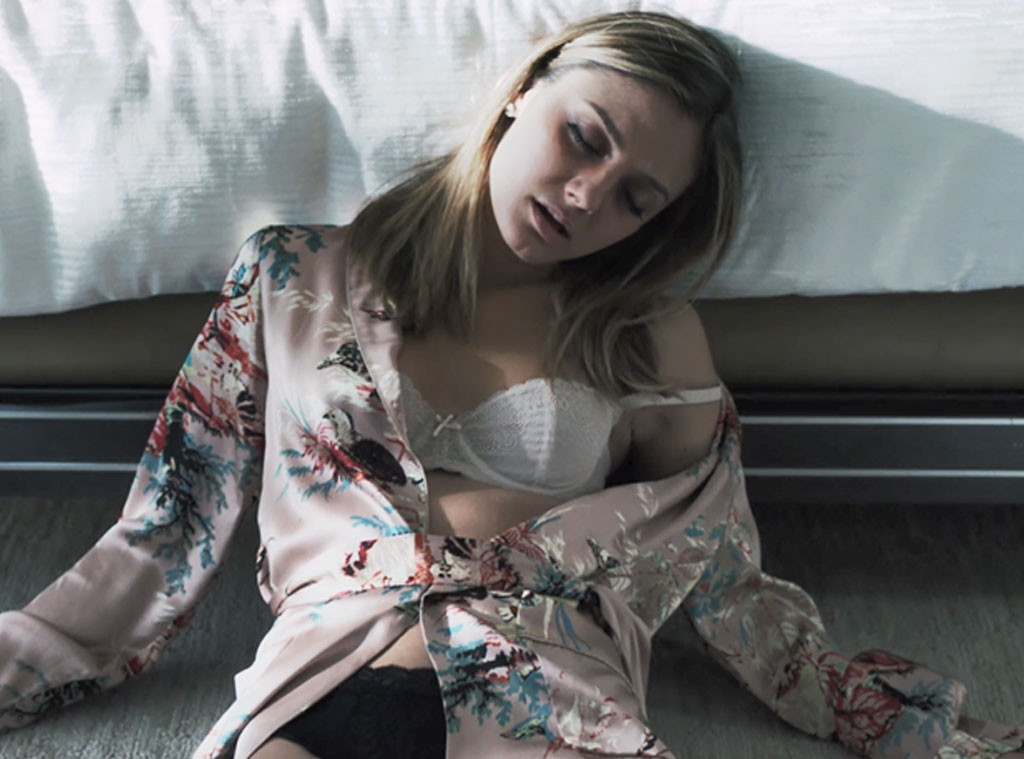 “Megan’s not coming,” she revealed. “She was never coming. But I recorded you describing your plan to murder her. It’s all here. I just sent it to Megan.” Terence is reasonably angry, but even more shocking is that he’s also hurt. Who knew he could feel betrayal?!

“What is this Deann? Revenge? For what? What did I ever do to you?” Terence asked. But Deann is done with his bulls–t and she’s ready be to be her own woman. “Megan is me. She is my Kyle and she’s done being held back. You never saw her potential. You tried to stifle it,” Deann revealed.

No matter what her reasoning, she’s drawn a line in the sand that she can’t come back from. “You’re dead weight to me,” Terence told her. “You have been for a long time.” 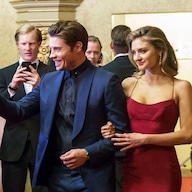 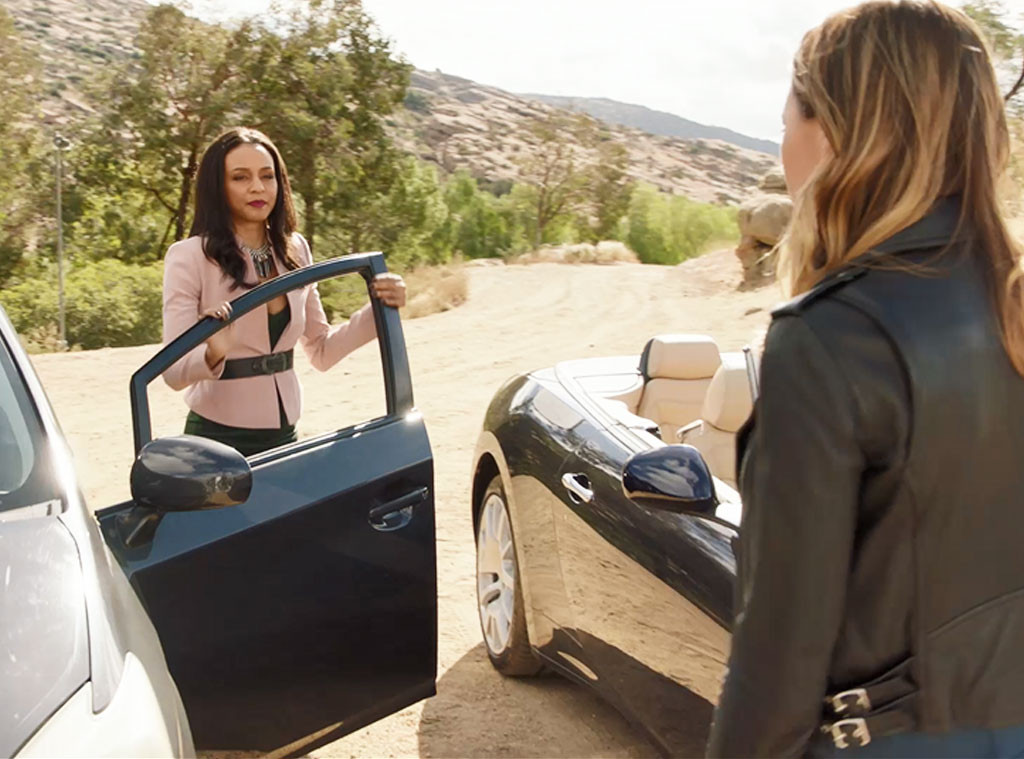 Megan meets up with Shaun (Carra Patterson) to tell her what’s happening, and finds out that Shaun—not Kyle—actually moved Aaron and Julie, and Megan is the one who told Terence when she called him to find out where they were, but luckily, Terence doesn’t know their location as of now. Which means she cheated on Kyle with Xavier for nothing. Good thing he doesn’t know about it—oh wait!

Megan was being followed by paparazzi that night and there are photos of her arriving at Xavier’s house and leaving the next morning. Which Kyle now knows thanks to a tip from Iris Holloway and team. Can they repair the damage that’s been done?

“I did an interview with Iris Holloway. I told her about Aaron,” Kyle tells Megan after she discovers the window he shattered out of anger. “I blew my whole life up for you. So that you could see that I’m someone that could tell the truth.”

Kyle West & Megan Morrison Get Into a Yelling Match 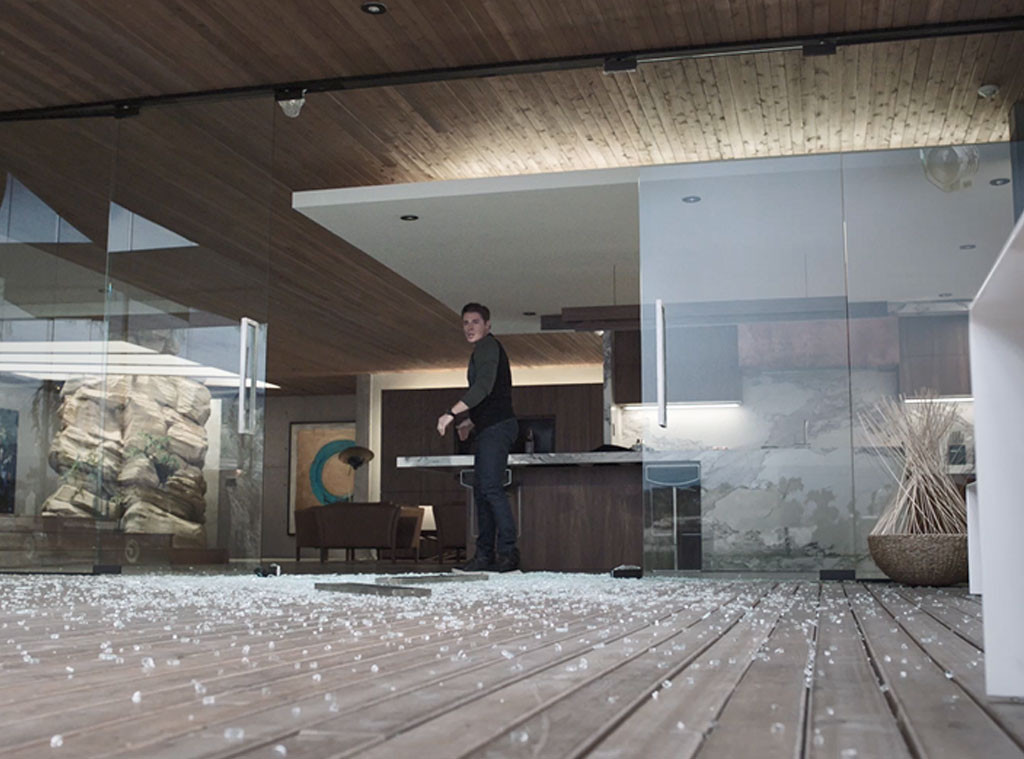 Does Kyle really think it will be that easy? “You think you can control me?” she asked her husband. “Good luck.”

Watch the video above to see what our Daily Pop co-hosts have to say about episode 10 of The Arrangement.