TESCO has slashed the price of an LED Santa light projector to help keep the kids entertained this Christmas. 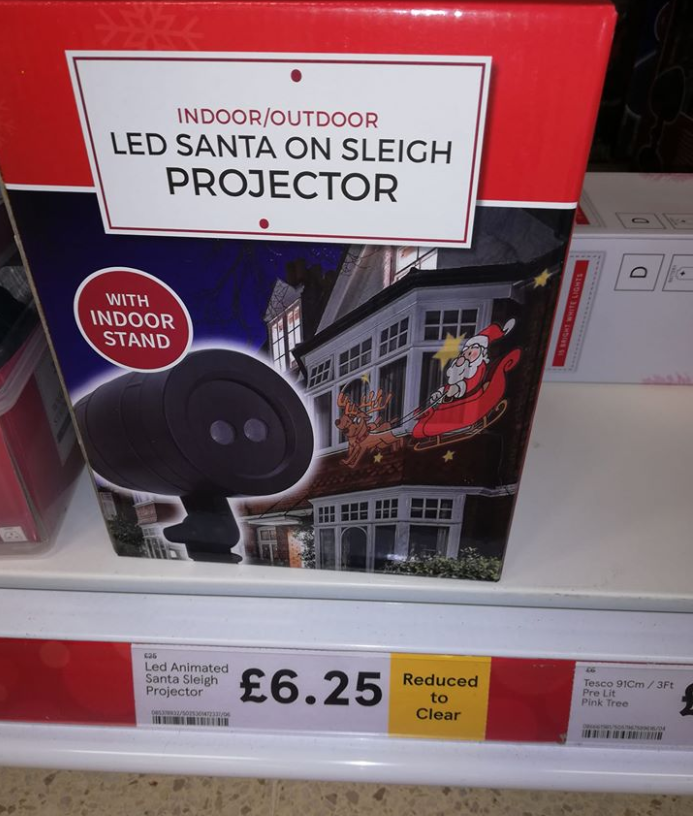 If your kids are worried about Santa missing their home this Christmas, the projector beams out an image of the man himself being pulled by two reindeer on his sleigh.

Or if you don't want to use it outside, the light can also be operated indoors.

The bargain buy was spotted by one shopper on the Extreme Couponing and Bargains UK Facebook group.

The post has been liked almost 1,000 times and several shoppers have commented to say they've found the projector in their local Tesco.

Others replied saying they're desperate to get their hands on one.

Another replied: "Our girls would love this."

We've asked Tesco if the reduction is available in all stores nationwide and we'll update this article when we know more.

In the meantime, it's best to call your local store before travelling to avoid disappointment.

Tesco has almost 4,000 stores in the UK and you can find the number for your nearest one by using the online locator.

We couldn't find another Santa projector for a lower price.

The closest we could find cost is this snowflake like from Argos which at £7.50, costs £1.25 more than Tesco.

Disney has just launched a 50 per cent off sale ahead of Christmas.

While Asda is selling a Colin the Caterpillar copycat cake called Roddy the Reindeer.

Plus here are the shops that have already slashed prices by up to 72 per cent as Christmas and Boxing Day sales start early.