This year’s Academy Awards will be the first without a host in 30 years. With no central figure directing the proceedings onstage and introducing various stars, those who are presenting the awards take on a more significant role. They are, in effect, Hosts For A Minute, controlling the stage for the allotted 90-180 seconds they have command of the mic. With that in mind, the list of this year’s 2019 Oscars presenters also becomes more critical. Who in Hollywood will get asked by the Academy of Motion Picture Arts and Sciences (henceforth AMPAS) to be part of Team Host?

Once you think about it from this angle, some of the invitees who have accepted a presenting job at the 91st Academy Awards are clear no-brainers. Perennial favorites like Tina Fey, Amy Poehler, and Maya Rudolph all made the list, each of them could have been a standalone host for the entire ceremony had AMPAS only been able to work out a deal. Former Oscar host Whoopi Goldberg is also taking a turn at the mic. And several actors who present awards regularly, including Chris Evans, Jennifer Lopez, Daniel Craig, Brie Larson, and Charlize Theron will be on stage as well. 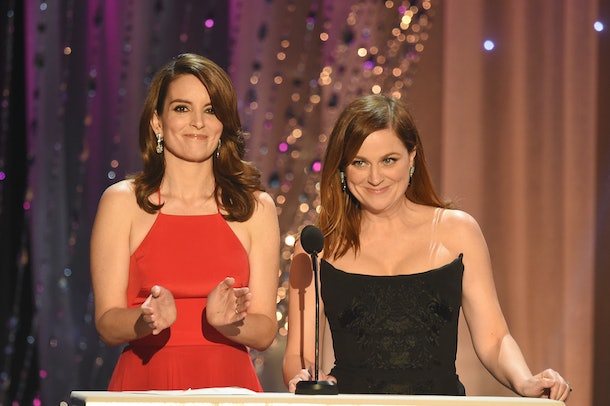 But AMPAS isn’t just going with tried and true presenters, as there are a few surprise names, including Awkwafina, Amandla Stenberg, Tessa Thompson, and Constance Wu. It’s not an accident these are all actress of color either. This first batch of presenters suggests the Oscars were looking for a diverse slate, and female-oriented as well. Out of 13 presenters listed, less than half are white, and only two are men.

This opening bid of presenters for the ceremony is also notable in who it doesn’t list, last year’s winners of Best Actor/Actress and Supporting Actor/Supporting Actress. Gary Oldman, Frances McDormand, Alison Janney, and Sam Rockwell may well be part of a secondary or tertiary batch of presenters announced closer to the show. But usually, those names are listed first since their appearances are considered a given, as it is a tradition for the winners of the previous year to present to the oppose-sex category for the current year. (For example, 2017 Best Actress Emma Stone gave the Oscar to Gary Oldman for 2018 Best Actor last year.) 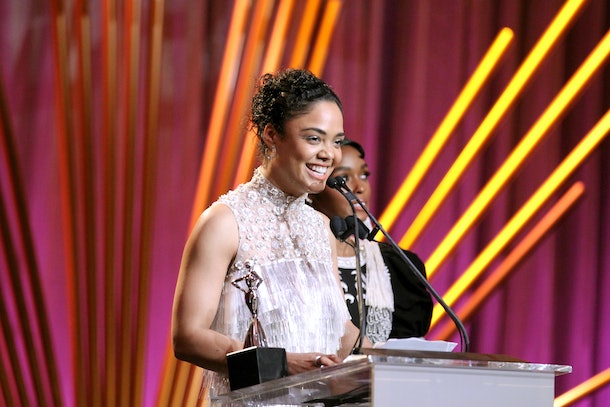 Also, with no host, the musical acts will also have outsized importance on the proceedings. Initially, AMPAS suggested the Original Song nominees wouldn’t perform "to save time." But this was backtracked after a massive outcry.

The press release confirms all five Best Original Song nominees will get performances. Lady Gaga and Bradley Cooper will do "Shallow," Gillian Welch and David Rawlings will do "When A Cowboy Trades His Spurs For Wings," and Jennifer Hudson is booked to sing "I’ll Fight." No word if Kendrick Lamar and SZA or Emily Blunt have been confirmed to perform their respective tracks from Black Panther and Mary Poppins Returns or not, but here’s hoping.