Monday night’s part one of the two-part “Bachelorette” season 15 finale found Hannah near the end of her long journey to love, and still undecided about who, if any of the remaining suitors, would be her future husband.

With Luke P. finally gone for good, the episode began with the rose ceremony that never took place last week. The three remaining men — Jed, Peter and Tyler C. — learned that Peter would be going home, in what would be one of the most emotional eliminations of the season.

After a long, tearful goodbye, a grief-stricken Peter said in the limo on his way home that he “did not see this coming,” but that as much as it “hurts,” he wasn’t mad at Hannah.

“I’ll never forget this journey, how beautiful it was in so many ways,” he continued. “I fell in love with her, and I swear I don’t regret anything. I know I have a ton of love to give, and I thought it would be Hannah.”

Hannah was equally broken up, agonizing over whether she sent home the wrong guy.

During the live portion of the show, Hannah and Peter met face-to-face for the first time since the elimination. Hannah explained her decision to let him go by saying that while she was in love with Peter, she was also in love with the other two suitors. In the end, she just had to follow her heart.

One thing we know for sure: There was nothing wrong with the night Hannah and Peter shared in the windmill during last week’s Fantasy Suites episode.

“I did say there is something Peter and I did twice,” said Hannah, referring to a remark she made to Luke before sending him home. She then added: “It was actually four times!”

With that out of the way, it was time for Jed and Tyler to meet Hannah’s parents, Robert and Suzanne. 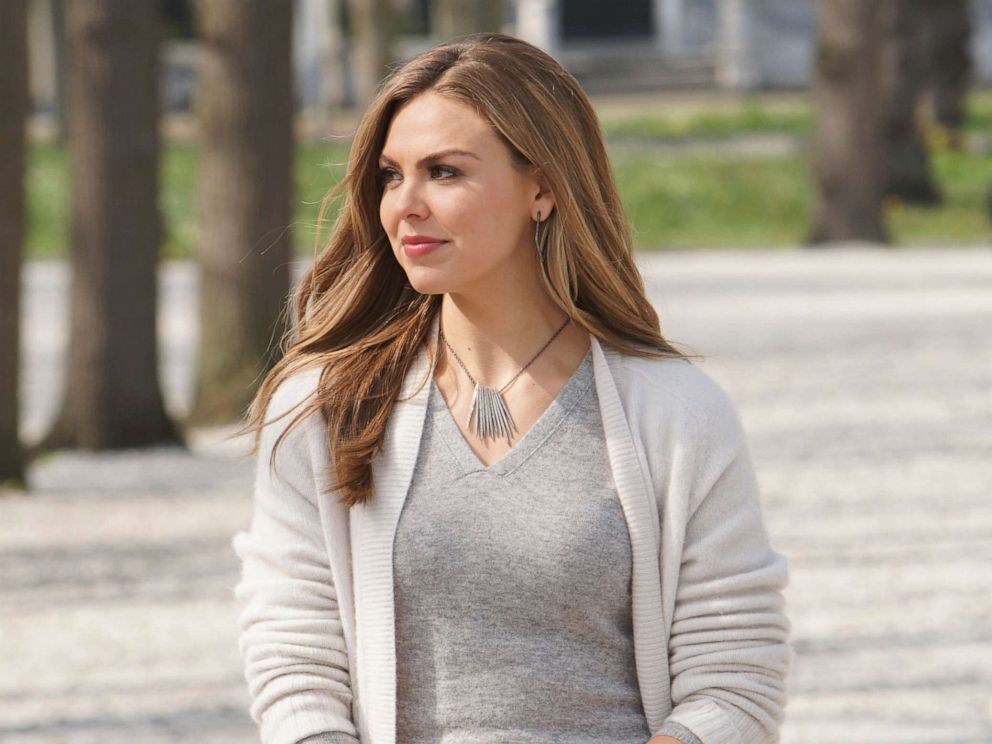 First up was Tyler, who struck Hannah’s folks as being open, honest and genuinely in love with their daughter. They were particularly impressed with the way Tyler handled himself in the Fantasy Suite, agreeing to spend the night focusing on the spiritual part of their relationship, rather than the physical part. He got an enthusiastic thumbs-up from both Robert and Suzanne. Afterward, Hannah told Tyler she was falling in love with him.

For their final date, Hannah gave Tyler one more shot at horseback riding, something at which he failed during an earlier one-on-one date. Tyler aced this test as well. After an intimate conversation during which Tyler laid out his idea of what a future with Hannah would look like, she invited him up to her room, where they seemingly settled the unfinished business from the Fantasy Suite.

Next, it was Jed’s turn to meet the parents — but unlike Tyler, he got a chilly reception. Robert and Suzanne thought Jed was a nice guy but they were concerned about how the struggling Nashville singer/songwriter would be able to juggle a marriage and a music career. More important, they wondered if he was capable of supporting their daughter.

Jed struggled and failed to come up with the right words to ease their fears, and he sensed that.

“It seemed like they were mainly concerned with the financial aspect of our relationship,” Jed said of Hannah’s parents. “They don’t think I’m adequate, or something.”

His suspicions were correct. When the meeting was over, Hannah’s parents made clear their preference of Tyler over Jed.

Jed and Hannah’s final date went just as badly. A boat tour around the Grecian island of Crete was anything but romantic, as the choppy waters, coupled with Hannah’s “uncertainty over everything,” made her feel a little seasick. On top of that, Jed was still licking his wounds over not being able to impress Hannah’s parents, and coming to grips with the idea of not being Hannah’s choice.

The pain continued as the two spent the second half of their date engaged in a somber conversation devoted to convincing one another of their feelings for each other, despite the objections of Hannah’s parents.

At the episode’s end, Hannah — expecting to have gained some clarity after her final dates — found herself no closer to a final decision.

Will Hannah find love at the end of her journey? We’ll find out Tuesday at 8 p.m. ET on ABC, in what host Chris Harrison promises will be “the most shocking finale in ‘Bachelorette’ history.”