As new guys roll into the resort, some of the OG suitors are feeling left out, or still stuck in their feelings for Clare — plus, Clare and Dale return to set the record straight about their pre-show relationship.

“The Bachelorette” has officially kicked into second gear, effectively launching a new season for new Bachelorette Tayshia Adams. But there was still some unfinished business with outgoing Bachelorette Clare Crawley.

In particular, Bachelor Nation has been really speculating about any quarantine shenanigans between Clare and her now-fiancé Dale Moss. After all, she basically declared him her future husband when he stepped out of the limo and blew up the show two weeks later.

The Bachelorette Recap: Clare Blows Up the Show, Leaves, Replaced with Tayshia Adams

With 17 suitors left in the game, Clare dumped all of them except for Dale, who subsequently got down on one knee and proposed to her mid-season. To say it was unprecedented is an understatement. But is it indicative of some malfeasance on their parts?

But also unprecedented is a 39-year-old Bachelorette as well as a global pandemic. It could easily be argued that with more life experience, Clare was more ready to see what she did and didn’t want in a prospective man, thus being able to move more quickly through this process. But “love at first sight”?

In particular, Bachelor Nation apparently needed to know if they were in contact during that four month delay before filming could begin? Certainly, they started connecting right away about pretty intimate life details as if they already knew not only the facts, but the other’s feelings.

Reiterating something she said on the show, Clare told Chris, “I followed a lot of the guys on the down-low to see how they spent their time and what they were doing. Dale was the one that was being a strong man but opening up and being vulnerable.”

She continued, “I think people need to think of that when they’re being like, two weeks? Yeah, I understand that. It was fast-paced.” But, as she was suggesting, it’s not like they knew nothing about one another, and that’s what made her season different than any other.

Even the remainder of this season levels that playing field — because if we’re being honest, even that much of an admission means some guys had an early advantage — by bringing in Tayshia. The guys had no time to research her, nor her them. 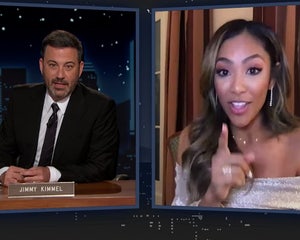 Responding to an unanswered question, but a common accusation, Clare insisted, “I’ve done nothing but respect this entire process and I cannot reiterate that enough.” Except that she didn’t entirely, which is why she had to step down.

Her last group date was a disaster, as she grilled all of her men about Dale and then proceeded to give none of them the group date rose because, as she put it, none of them gave her what she wanted. But the truth is it was because none of them were Dale.

Granted, she was in a tough spot because clearly she’d found her man and was ready to be done before the show had even really gotten going, but she certainly did not give her everything to the process, as she suggested.

As for her and Dale, they appear to be doing well. Clearly they made the right choice in picking one another, though we’re not sure Dale is quite as ready as Clare to skip ahead of the wedding and everything else to start having “Babies!”

Bachelorette: ABC Exec Reveals Moment They Knew Clare Crawley Had to be Replaced

Tayshia was put in a very awkward position from the top, stepping into a show midway through and getting to pick through Clare’s leftovers. That these men were shell-shocked is an understatement.

At the same time, it’s almost advantageous for them and Tayshia that Clare was so laser-focused on Dale from Day 1. Some of these guys got zero one-on-one time with her, never had a chance and knew it. They were definitely open to a fresh start.

In fact, the energy of the whole show changed from the moment Tayshia arrived, and perhaps that’s because she seemed genuinely open to getting to know all of these guys. Whereas Clare was using one-on-one dates to weed out suitors who aren’t Dale, Tayshia used her first one to actually get to know Brendan better.

And unlike Clare’s arc, we have no idea who the front-runner is right now. We could argue that Brendan is in a good spot after he and Tayshia opened up about their respective early marriages and subsequent divorces — a unique commonality — and shared some pretty intense kissing.

She even went so far as to say she could see him as her future husband. 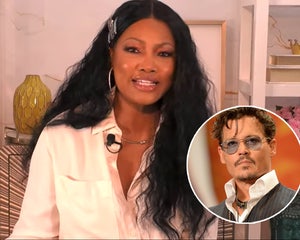 But she also had early eyes for someone else who was a new face for everyone. Midway through her opening night, Chris dropped by to deliver a gift to Tayshia in the form of four new men, and the first one immediately rubbed Clare’s castoffs wrong.

At the same time, Spencer got Tayshia’s attention in all the right ways based entirely on his looks. This guy is absolutely her type, scoring her First Impression rose, but can she see past his looks to who he is?

Spencer came in aggressive and cocky in all those ways that Dale was, but in a way that was somehow even more obnoxious. He even went so far as to almost pick a verbal fight with Riley, until Riley basically called him “lunch meat” and shut him up through the sheer force of his own will.

Of the newcomers, only Spencer and Noah really stood out, and neither for particularly good reasons. We’re going to have to agree with the boys on this one, we are not here for Noah’s mustache. It’s a rare man who can pull off this look without looking creepy and Noah is not that man.

The group date was almost a retread of Clare’s first group date, though at least there wasn’t a “strip” element to it. Well, not entirely. The ten guys selected did have to strip down, but only into their respective uniforms for a game of “Splash Ball.”

Those uniforms? Tiny speedos that were apparently scandalous enough that ABC had to digitally color them in to obscure — well, you can imagine. And it was still more coverage than Clare’s losing team had.

In fact, while Tayshia was certainly enjoying all the eye candy on display in front of her, it still felt more innocent and sweet. And let’s not let the guys off the hook, who were enjoying her swimsuit display just as much as she enjoyed theirs.

Several of the guys, new and old, missed out on this group date, and the one-on-one, but there is no sense that Tayshia is ignoring any of them. While we hated Clare canceling everything, we actually applauded Tayshia canceling the first rose ceremony to give everyone there more of a chance to get to know her and see if this journey is right.

We didn’t really expect to lose anyone tonight, but then one of Clare’s original men self-eliminated from the competition, and it’s easy to understand why.

Jason had been struggling since Clare chose Dale because he’d actually opened up to her with a vulnerability that was clearly a rare feat for him. As such, he was not able to put away the feelings he’d begun to develop for her.

And we’re absolutely with Tayshia that he was a true gentleman with his honesty about where he was at and gracefully bowing out of the show to give her a fair shot at love.

He took it a step further by assuring her that the other guys were definitely all there for her, as his departure fed into her fear that so many of the guys might be hung up on Clare and see her as just a second choice.

This is such an impossible situation for Tayshia and all of Clare’s original suitors, and we suspect we’ve not seen the last of it. But it was great to see Jason be so classy and show Tayshia what a good man looks like … so much so, she was heartbroken to see him go.

Alas, while things were off to a mostly smooth start with this new Bachelorette, there are definitely more bumps on the road ahead, both with her and among the guys themselves. With Dale gone, it looks like they’re about to turn on one another in a hard way.

Got a story or tip for us? Email TooFab editors at [email protected].