IN an attempt to restore some balance after waxing lyrical about Mohamed Salah (£7.6m) week after week, we thought it would be good to shine a light on the bargain delights of the Dream Team world.

Here we’ve constructed the best XI of the season so far using only players currently priced at £3.0m or cheaper.

Let’s run through the inductees…

It doesn’t seem feasible but West Ham’s back-up keeper is the second best player in his position in terms of Dream Team points this season but that’s the reality.

Only Edouard Mendy (£4.5m) has more points than Areola’s total of 39 after nine Game Weeks.

It’s a truly remarkable effort from the Frenchman considering he hasn’t played a single minute in the Premier League this season – he’s averaging 13 points per game between his Carabao Cup and Europa League appearances.

The Southampton centre-back has certainly punched above his weight this term considering Saints are currently 16th in the table.

Salisu has incurred minus points in three separate fixtures but he’s offset that with a couple of Star Man awards to amass 39 points – he’s outperforming Andy Robertson (£3.8m), Aymeric Laporte (£3.7m) and other high-profile names at this stage.

Liverpool’s No32 is very reasonably priced considering he’s featured in all but two of the Reds’ league fixtures to this point.

The former Cameroon international has produced 38 points so far and is the 11th-most popular defender.

Wolves’ adaptable defender has a habit of finding himself in the right place at the right time in the attacking third more often than others occupying his position.

Saiss has scored two goals this season and has generally cashed in against weaker opposition with 7+ ratings on top of clean sheets, despite Bruno Lage’s side blowing hot and cold.

The 31-year-old is prone to a yellow card but still has a very respectable 35 points to his name.

Bernardo is one of the Premier League’s best midfielders on current form and though his performances haven’t consistently translated to huge returns his tally of 39 points is enough to make him the tenth-best asset in his position.

While most of the other featured players in this team may fade away as the campaign progresses, Bernardo has the attributes and the enduring talent to maintain his form for months on end.

Given the parameters, this XI was always going to include an Everton midfielder.

Andros Townsend’s (£4.4m) price has escalated way beyond our arbitrary limit but his mate on the opposite wing comfortably qualifies.

Gray has five goal involvements in nine league appearances, accounting for most of his 37 points.

That’s right, it’s a double dose of Toffees in our midfield.

The ex-Watford man is unfortunately sidelined right now after suffering a foot injury that is expected to keep him out for a few more weeks yet but it’s only right to acknowledge his efforts so far.

Doucoure has arguably been Everton’s best player in 2021/22, contributing two goals and four assists in eight league games having been given licence to get forward more often under Rafa Benitez – he collected 35 points before injury intervened. 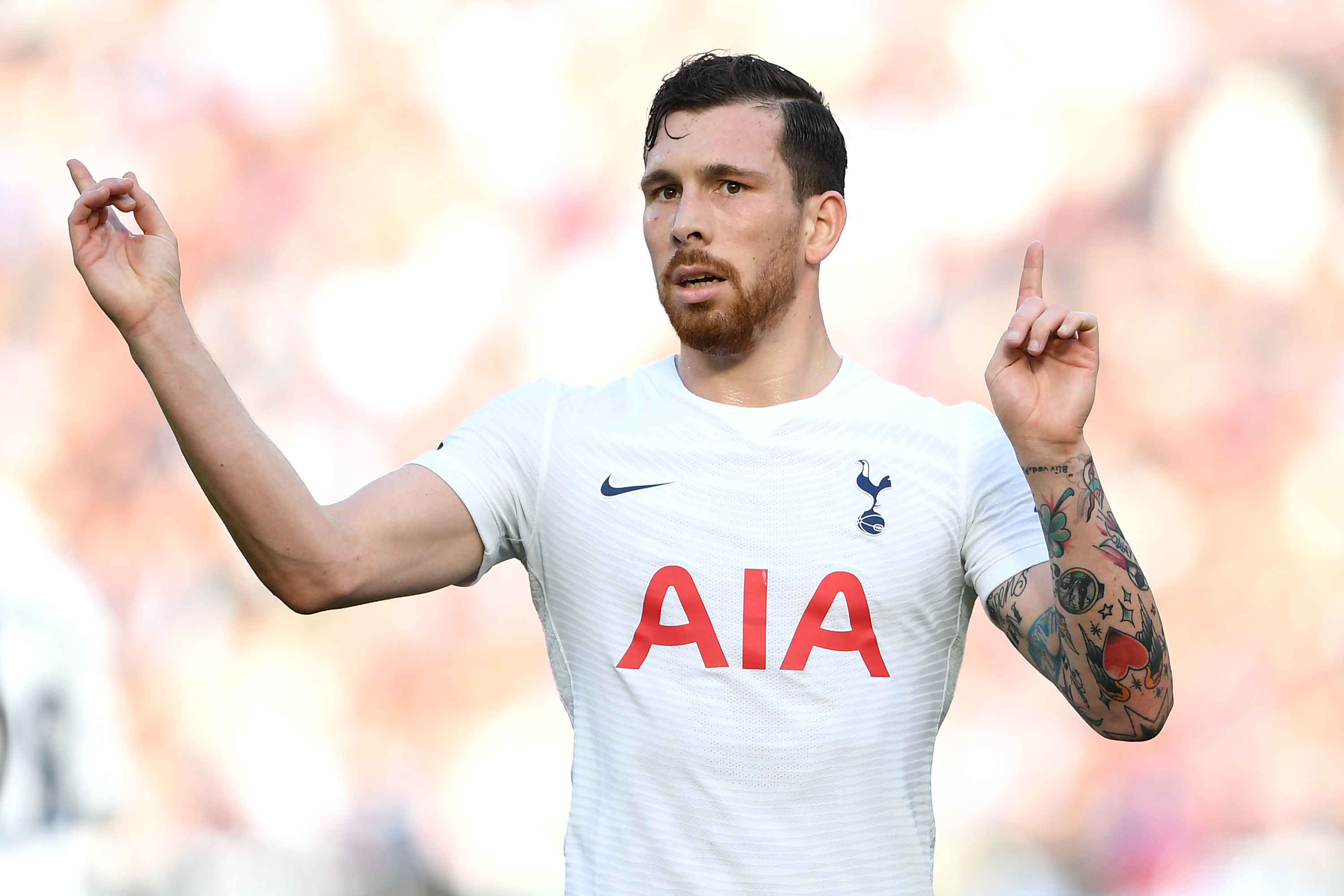 The combative midfielder has enjoyed a rare spell of attacking output of late… by his standards at least.

Hojbjerg has chipped in with occasional goals and assists for club and country in recent months but Dream Team gaffers shouldn’t expect sustained success from a player who prioritises what many would call ‘the dirty work’.

The Zambian’s surprisingly high points tally of 46 owes almost everything to his spectacular four-goal rout against Spartak Moscow in the Europa League in Game Week.

If continues to play more of a role as Leicester’s results improve then he could be a viable bargain option up front.

A name that continually crops up in these lists.

Brentford’s back-up striker has thoroughly enjoyed himself in the Carabao Cup, banking all his 43 points across just three games in the competition.

Forss has played just 60 minutes in the league this season but five goals in the secondary domestic cup have given him a lofty status – again, not exactly a sustainable method.

Wolves’ No26 scored his fourth goals of the Premier League campaign last weekend as Bruno Lage’s side drew 1-1 with Leeds.

A lot of what Hwang offers mirrors the work of Pedro Neto (£3.5m) – who is recovering from a serious injury – and is reminiscent of the role Diogo Jota (£4.1m) fulfilled at Molineux.

The South Korea international appears in just 0.5% of teams despite the fact only four players have scored more league goals in 2021/22.