‘The Challenge’ Preview: The Cast Has Mixed Reactions To A Terrifying Skydiving Mission

In this EXCLUSIVE sneak peek of ‘The Challenge,’ the agents find out they’ll be soaring to new heights in their next mission.

The hits just keep on coming on this season of The Challenge: Double Agents. On the upcoming March 24 episode, the teams will partake in a skydiving mission, and HollywoodLife has an EXCLUSIVE preview. While some cast members, like Leroy Garrett and Big T, are terrified, others, like Kam Williams and Fessy Shafaat, can’t wait to get up on that plane!

“I’ve seen you swim through freezing glacier water,” host TJ Lavin tells the group. “I’ve seen you run across volcanic fields. And I’ve seen you delve deep into lava tunnels. Now, it’s time for an assault in the sky.” TJ explains that the challenge will require each cast member to jump out of a plane and “hold [their] composure” to memorize a puzzle cube that’s thousands of feet below them. 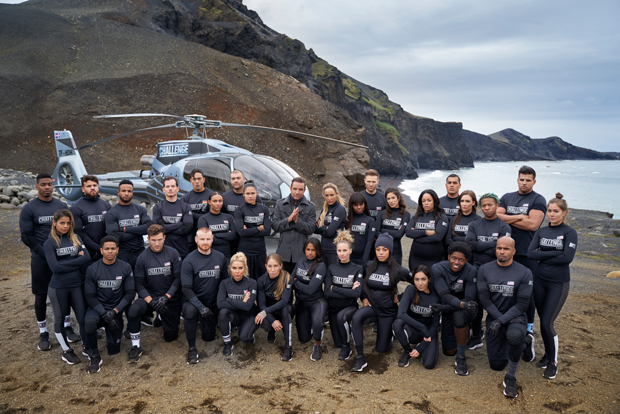 Upon landing, the teams will have to take a “long run” to the puzzle, and then replicate what they saw. “I’m not excited at all,” Leroy admits. “My plan was to keep my eyes closed the whole time. Now, I gotta look at a puzzle cube. People say all the time, ‘What would you do for a million dollars?’ and this is one of them.”

The first teams to take on the mission are Leroy and Kaycee Clark, and Aneesa Ferreira and Kyle Christie. “I’m sick of being afraid all the time of everything!” Kyle says. “I’m afraid of my own shadow. Jumping out of a plane is unnatural. No one should do it. There’s a reason we don’t have wings.”

Meanwhile, on the ground, Kam is trying to hype up Big T, who’s absolutely petrified. Fessy taunts her a little bit, as they all watch the first plane soar much higher than they even expected. The clip ends with Leroy preparing to jump out of the plane. We’ll have to see who wins the challenge when the show’s next episode airs on March 24 at 8:00 p.m. on MTV.