The little-known actress cast to play Princess Diana in Netflix series the Crown has revealed she quit modelling after being told she was ‘too big’ for the runway.

Emma Corrin, 23, from Sevenoaks, Kent, decided to pursue acting after a disastrous fitting with a designer, when she wasn’t able to fit a pair of breeches over her calf muscles during London Fashion week in 2016 – which were pronounced because she was a runner.

Speaking to the blog Cambridge Girl Talk last year, she said: ‘Why did the rejection of the modelling industry get to me so much?

‘I think the answer is that these rejections were based on how I looked and I had always prided myself on a healthy amount of self-confidence which I was now rapidly losing.’ 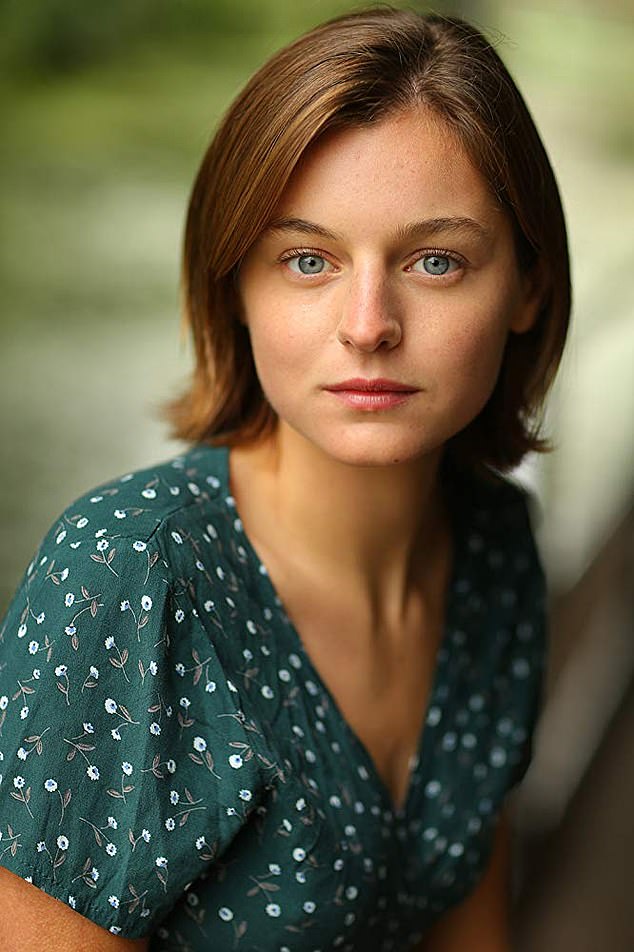 Emma Corrin, 23, from Sevenoaks, Kent, who is set to play Princess Diana in the Crown said she quit modelling after being told she was too big for the runway

Speaking of the moment that she called ‘the real nail in the coffin,’ Emma continued:

‘The designer looked surprised and embarrassed as he said, “Sorry, it’s just we’re not used to girls who exercise”, implying that the models he was expecting dieted themselves in order to fit into his clothes. ‘I could have slapped him.’

The actress will feature opposite The Durrells’ star Josh O’Connor who landed the role of a young Prince Charles in the fourth series of the BAFTA-winning show.

An advert for the role of Princess Diana is believed to have asked that show-runners were looking for a ‘staggeringly talented young actress,’ who will play the Princess during the ages of 18 and 22. 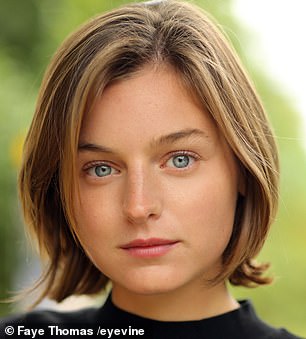 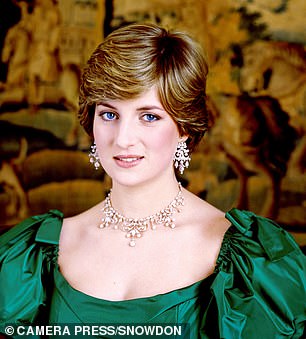 Emma (pictured) will star in the next series of The Crown as Princess Diana. She will portray the iconic Princess between the ages of 18 and 22 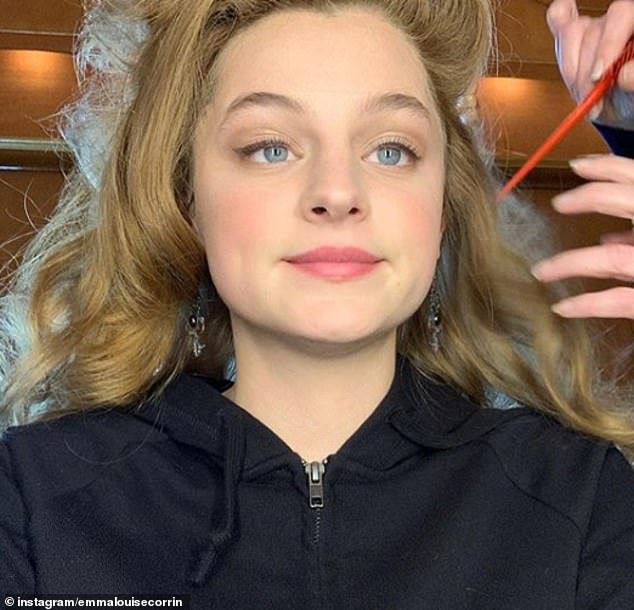 The star was born in Tunbridge Wells, Kent, and lives with her family in Sevenoaks, including younger brothers Richard, 20, and Charles, 17.

Her mother Juliette works as a speech and language therapist while her father Christopher is a businessman.

Previously she went to the Woldingham School in Surrey, a private Catholic boarding and day school where fees cost around £36,000 a year.

In a statement responding to the news, the actress said: ‘I have been glued to the show and to think I’m joining this incredibly talented acting family is surreal. Princess Diana was an icon and her effect on the world remains profound and inspiring.

‘To explore her through Peter Morgan’s writing is the most exceptional opportunity and I will strive to do her justice.’

So far Emma has appeared in a handful of small acting roles, including an episode of the 1960s detective drama Grantchester, and the soon-to-be released film Misbehaviour. 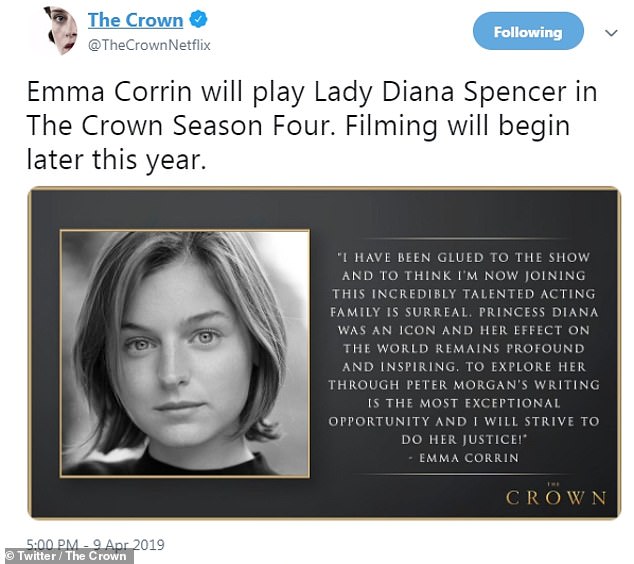 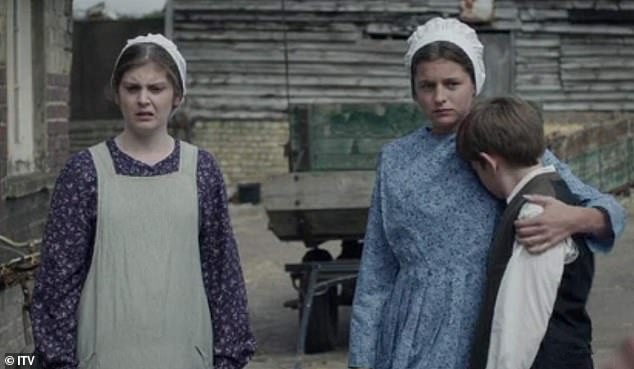 To date, Emma has appeared in a handful of small acting roles, including an episode of the 1960s detective drama Grantchester

The Crown will reportedly portray Princess Diana as a ‘desperate and lonely self-harmer’ in the new series.

Peter Morgan, the creator behind the popular Netflix series, says series four will show the young princess as she struggles to befriend her in-laws, The Queen and Prince Philip.

Diana famously married Charles in 1981, and the couple welcomed sons William and Harry in the following years.

After separating in 1991, the couple divorced in 1997, but Diana remained a much-loved member of the royal family, thanks to her significant humanitarian work in the UK and abroad.

The country came to a standstill on August 31st 1997, when Diana was killed in car accident in France. She was 36 years old.

Emma will join a star-studded cast who have recently been filming series three, led by Oscar winner Olivia Colman as Queen Elizabeth.

While Helena Bonham-Carter will take on the role of Princess Margaret, Tobias Menzies has been cast as Prince Philip, and Emerald Fennell is set to play Camilla Parker-Bowles.

The third series will show the little-known romance Camilla and Charles shared before he married Diana, as well as Charles’ investiture and the 1966 Aberfan disaster.

Tall and slim, Emma also shares an innate grasp of contemporary fashion with the late princess

The Crown – The all-new Cast

Tobias Menzies (Edmure Tully in Game Of Thrones) stars as the Duke of Edinburgh opposite Olivia Colman’s Elizabeth. The series will include an episode on the Apollo 11 Moon landing and show how Prince Philip reacted to that momentous event.

Helena Bonham Carter replaces Vanessa Kirby as the Queen’s sister, and we’ll see the blossoming of her affair with gardening expert Roddy Llewellyn, which leads to divorce.

Josh O’Connor (Larry in ITVs The Durrells) will be taking on the role of Prince Charles in his late teens and early 20s following his experiences at university and looking at his personal life – notably his early romance with Camilla Parker Bowles in the Seventies.

Marion Bailey, who starred with Brad Pitt in Allied, takes on this pivotal role. In 1972, with Elizabeth on a tour of South-East Asia, the Queen Mother acted as Counsellor of State, declaring a state of emergency during a National Union of Mineworkers’s strike.

Ben Daniels (House Of Cards) replaces Matthew Goode as Tony Armstrong-Jones, Princess Margaret’s husband. They had a passionate, tempestuous marriage for 18 years until their divorce, and season three will show the demise of their marriage.