The fine art of cutting a century down to seven hours

They've battled scorching sun, icy winds, persistent rain, nagging fogs, chirping birds, aircraft noise and more. Even worse were the days of unpredictable weather, forcing last-minute decisions to move from the outdoor settings in Bella Vista or Leura. Despite all the weather has thrown at both actors and audiences, Sport for Jove's​ summer season of Shakespeare is now 10-years old.

Many of the same names appeared among about 500 actors over those years, reflecting the loyalty to Damien Ryan, a director who, rather than putting his signature all over a production like graffiti, prefers to illuminate the texts to the best of his ability. 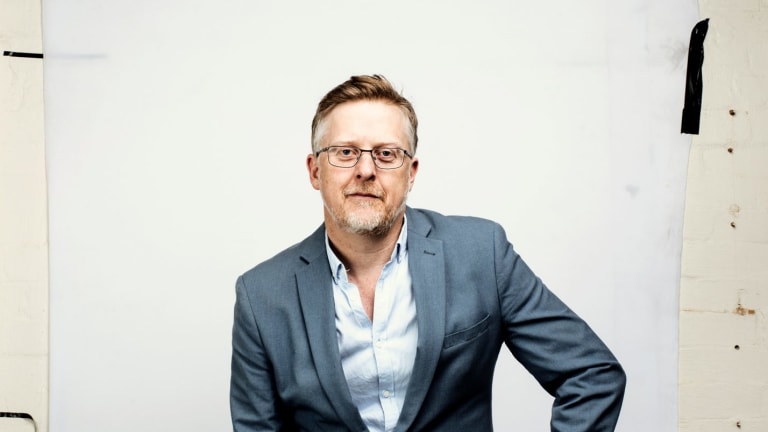 He has spent 25 years studying Shakespeare, and when Sport for Jove​ steps away from the Bard it is to present what Ryan calls "a non-realist, unusually poetic" play. "Poetry," he says, "is actually of huge cultural value to a society, and a theatre is one of the places where poetry can get into the lives of ordinary people."

Yes, SfJ uses theatres, too, having a winter residency at the Seymour Centre (and forays to Riverside Theatres); seasons that are often geared to school audiences, helping subsidise the Shakespeare festivals.

In an era when audiences prefer shorter plays, Ryan routinely cuts texts, but never on the scale required for this year's extravaganza. For Rose Riots he has cut the 21 hours of the eight history plays (beginning with Richard II and ending a century later with Richard III) to less than seven hours, presented as two entertainments: The Hollow Crown and The Wars of the Roses.

Cutting Shakespeare without interfering with dramatic tempo and the music of the poetry is difficult enough, let alone doing it on this vast scale. While maintaining narrative coherence has been paramount, trying retain especially potent or beautiful speeches also infused Ryan's decision-making.

"A play is not all about horizontal movement but vertical movement, too," he says. "You've got to be able to descend inside the character, or ascend to a height of extreme thought or extreme passion.

"The good thing about cutting these plays is that a lot of great scenes come one after another – some of the most famous material he ever wrote. And that's quite exciting, like gorging on a rich cake."

Ryan is a particular fan of the rarely performed Richard II which, aside from its intense poeticism​, has obvious parallels with Australia's prime-ministerial revolving door. "I'm not trying to dumb that down and make it look like a Liberal or Labor party-room situation," Ryan says.

"It's more about the fact that what King Richard feels is precisely that sense of taking for granted the power – and watching yourself lose it – that Turnbull, Abbott, Rudd and Gillard must have felt."

His Henry IV focus is on Prince Hal's relationship with his father (Henry IV) and his surrogate father, Falstaff, both of whom, Ryan points out, are thieves: "One stole a crown and the other one is a petty criminal." Pursuing gender parity, Ryan has cast women as all three.

"Can a young girl go off the rails and become a substance-abusing, tavern-haunting deviant?" he asks. "Absolutely she can. Can she be a disappointment to her cold, zealous, religious, political mother? Can she fall in with an old alcoholic? And then, when no one expects her to be able to do anything on a battlefield, can she lead an impossible war? All the answers are yes … The fundamental thing with Shakespeare is trying to pull the humanity out of every moment."