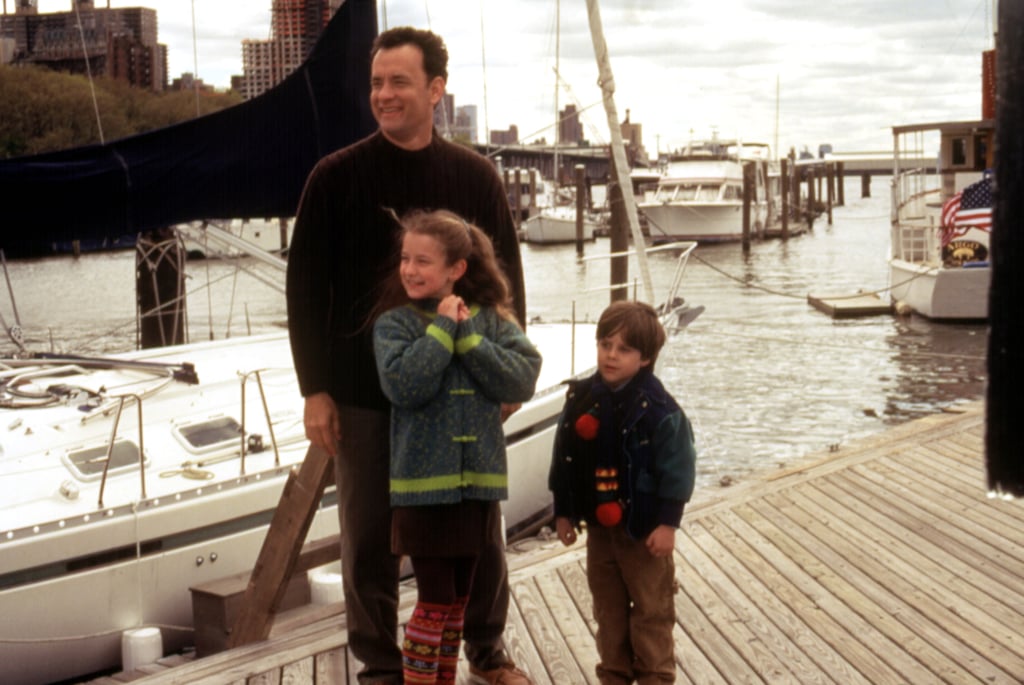 You’ve Got Mail, aka one of the best rom-coms ever made, is turning 20 this year! In honor of the special anniversary, the young stars from the film, Jeffrey Scaperrotta (Matt) and Hallee Hirsh (Annabelle), reunited to share a few of their fondest memories from set, and it has us feeling supernostalgic. They’ve both grown up so much! During an interview with TODAY, Hirsh and Scaperrotta, who played Joe Fox’s aunt and brother respectively, discussed what it was really like working with everyone’s favorite ’90s onscreen duo Tom Hanks and Meg Ryan.

“I was obsessed with Meg Ryan,” Hirsh said. “I wanted to be Meg Ryan when I grew up.” In addition, Hirsh said she has really fond memories working with Hanks. “Tom Hanks is, like, a people person. He is like the type of person who knew everybody on set’s name.” For Scaperrotta, one of his most memorable scenes has to be the iconic “F-O-X” line in the bookstore. “A lot of people, when I tell them that I’m in the movie, that’s all they ask me to do,” he said. “Even now, 20 years later, they’ll go, ‘F-O-X.’ I’m always the Fox kid.” See what else that had to say about the movie ahead.