The man who followed in Stieg Larsson’s footsteps

Swedish journalist and author David Lagercrantz stepped in to continue Stieg Larsson’s three Girl with the Dragon Tattoo books in the face of significant controversy. Could another author adopt the characters and history of another author to continue his hugely popular series with integrity and authenticity? The answer lies in the fact Lagercrantz has followed up his fourth and fifth instalments in the Millennium series with The Girl Who Lived Twice. 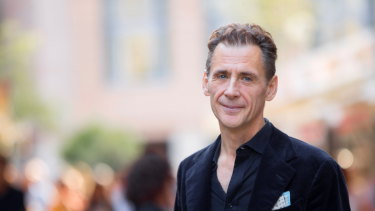 David Lagercrantz says this is his final book in Stieg Larsson’s Millennium series.Credit:EPA

Lagercrantz is best known internationally for I am Zlatan Ibrahimovic (an admired biography of the renowned Swedish footballer), The Girl in the Spider’s Web and The Girl Who Takes an Eye for an Eye.

The sixth instalment sees journalist Mikael Blomkvist share equal spotlight with Larsson’s other original character, Lisbeth Salander. A homeless man is found dead in central Stockholm with Blomkvist’s phone number in his pocket. Salander has sold her apartment and left for Moscow to confront her sister and nemesis, Camilla, but Blomkvist is determined to solve the political and cultural puzzles that underlie the suspicious death with her help. So the stage is set for scandals, personal grievances and high-tech games all played out between Stockholm, Moscow and the Himalayas.

As Lagercrantz has now matched Larsson with three Millennium novels, does he feel a sense of ownership of the characters?

‘‘I do not think anyone, not even Stieg Larsson, could feel full ownership of them,’’ he says. ‘‘They are the kind of icons that are part of our pop cultural subconscious now.’’ 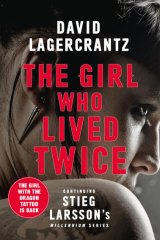 The Girl Who Lived Twice by David Lagercrantz.Credit:

In 2016 Forbes called Larsson’s Salander ‘‘the girl who started a feminist franchise’’. Feminists have been split on this, with opinion divided on whether she is empowered or merely a man’s ideal of a sexually attractive, available and even fragile-looking female heroine.

Tattooed, with multiple facial and body piercings and boyish build, Salander has explored sexual relationships with men and women in the books. She’s been abused, accused of murder, institutionalised and belittled by powerful men in politics, military and journalism.

Lagercrantz appreciates the feminist values that Larsson championed. It was his legacy that the culture of violence against women, especially in Sweden, and the independent spirit of his female characters would be reflected in the novels. It matters, Lagercrantz believes, that the women in his books are not defined by the men in their lives.

‘‘I think about this all the time, my whole life. Both with my daughters and Lisbeth’s education in feminism, I’m always learning how complex it is.’’

In this instalment, said to be the final one, Salander has removed her signature piercings and rather than dressing in all black, smearing her eyes with black eyeliner and looking the part of a cyber-punk, she is dressing in a white shirt, combing her hair and going without make-up. Has Lagercrantz toned her down to make her more palatable?

‘‘Partly I believe that, though she is still young, Lisbeth has grown older, and grown up – as we all do. She is rational and determined, so she dresses and chooses looks that best suit her purposes. Lisbeth is a punk at heart; she doesn’t care what she looks like.”

Lagercrantz says he writes from home, always alone. It is not until he gives the manuscript to George Goulding to translate from Swedish to English that his work becomes a collaboration.

‘‘To surrender my work is a necessity. I have great confidence in George Goulding, but at the same time, having a book translated can be a painful process. I put a lot of effort into the literary rhythm of my work, and that, I would say, is impossible to translate.’’

Despite interweaving the political and personal storylines that have powered the intrigue in The Girl Who Lived Twice, Lagercrantz admits the weight of the task made for a taxing start to the writing process.

‘‘By the spring of 2017 I was in a deep writing crisis, perhaps due to pressure I felt about writing the final part of the series. I felt like I didn’t have the story. Honestly, I threw away the first 100 pages I wrote and started all over again. And that’s when everything started to fall into place.”

‘‘This is my final part in the Millennium series. I have signed a contract with my Swedish publisher for a new, original trilogy and I am so excited to get started,’’ Lagercrantz confirms.

The Girl Who Lived Twice is published by Quercus at $32.99.