That’s all, folks! The Masked Singer Opens a New Window. season 1 came to an end on Wednesday, February 27, revealing the show’s winner and the identity of the Bee, Monster and Peacock. Warning: Spoilers ahead!

The first season of the Fox reality competition show was quite the hit — mostly due to its ability to keep each and every masked singer’s identity a secret. “Not only are the contestants in masks but their managers, agents and publicists are all in masks, too, because the judges may know them,” judge Ken Jeong Opens a New Window. told Us Weekly about the series. While the show includes performances, it’s about so much more than the singing, he added: “It’s a combo of American Idol, Password, Jeopardy! and a couple other shows all rolled into one. It’s so unique and unexpectedly heartfelt.”

Executive Producer Craig Plestis also reinforced the importance of keeping the anonymity — which included being very careful with those behind the scenes and in the audience.

“Everyone who came to the set, who were in the audience, they had to sign NDAs. And when we actually had the unmasking, the audience itself was mainly composed of friends and family,” Plestis revealed at the Television Critics’ Association’s press tour earlier this month. “We asked everyone also involved on the show, when this was taping, ‘You are here for something special. This is our first time we are taping it. We hope you keep it quiet. You can tweet and talk about it the day it airs after the unmasking, but you are part of our family now, and we’d ask you to please keep this a secret.’ It’s really hard this day and age, but we can confiscate phones. We did try every kind of piece of lawyer paper possible as well.”

As for season 2, that challenge will continue. “It’s an evolving process. We were talking about right now what we are going to be doing for season 2 and the security measures. It will be increased. It really will,” the former Deal or No Deal producer said. “What exactly we are going to do, I can’t tell you right now, but it’s going to be a lot more labor intensive. That’s a big part of the show right now — and we need to keep it a secret. That’s the beautiful part of the show. We want America to guess, we want our panel to guess. Everything they did we really try to keep everything a secret from them because that’s a magic that we got from the show.”

So, did you figure out each identity throughout the season? Scroll through the gallery to find out who won it all, who the final three singers are and to relive the past week’s masked singers! 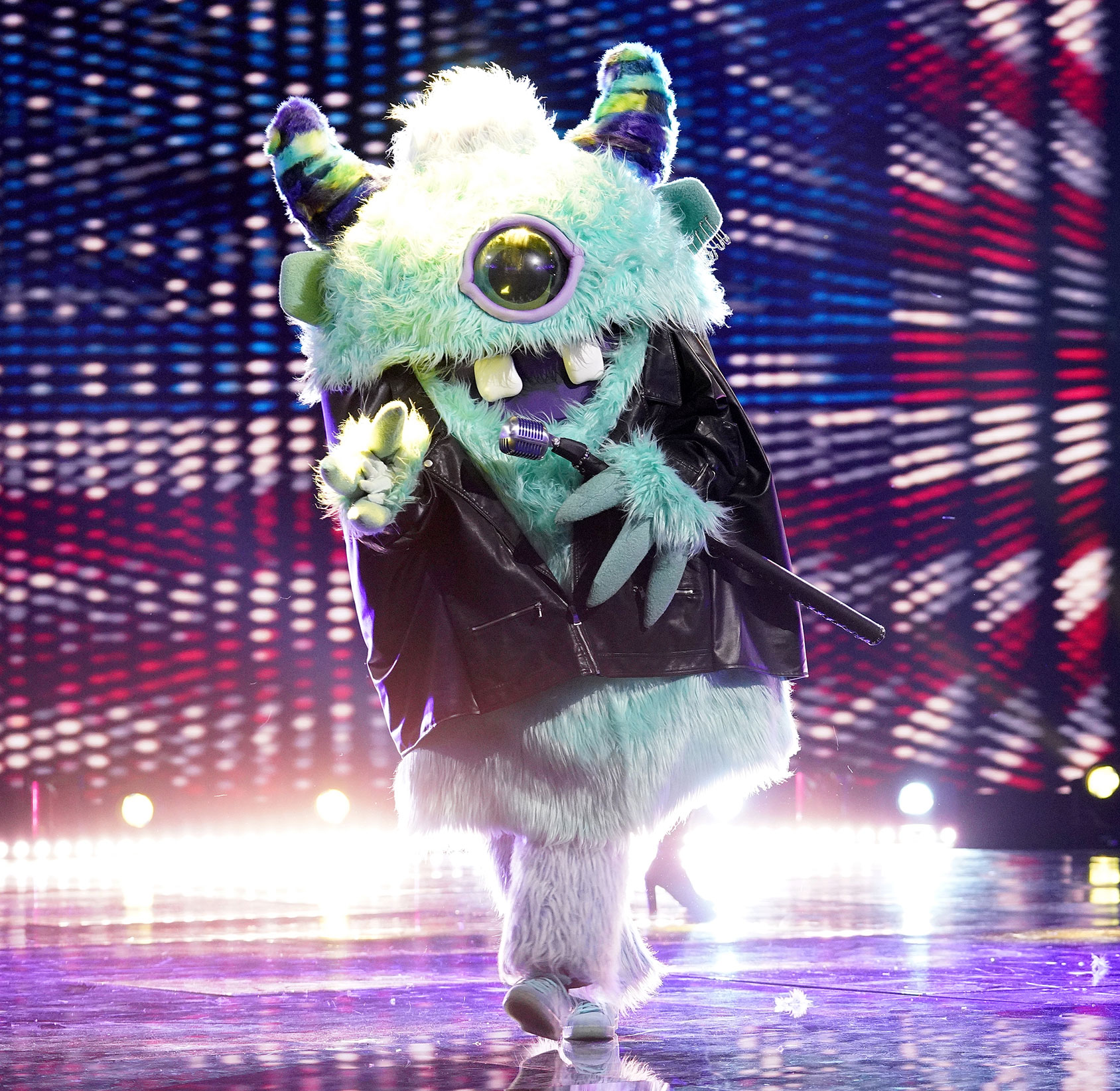 The winner of the show is The Monster!

Ever since making his first appearance, Monster was a fan-favorite. His clues through the season included his costume itself — many had labeled him a monster — that he’s not considered a singer to everyone and that he drove from the south in a cadillac.

His new clue was that he could take his competition down in his cave, at the bar or on a boat.

REVEAL: T-Pain! “I’m on a boat” was the dead giveaway. The singer most known for his auto-tune skills used the opportunity to show the world he’s got some incredible pipes. 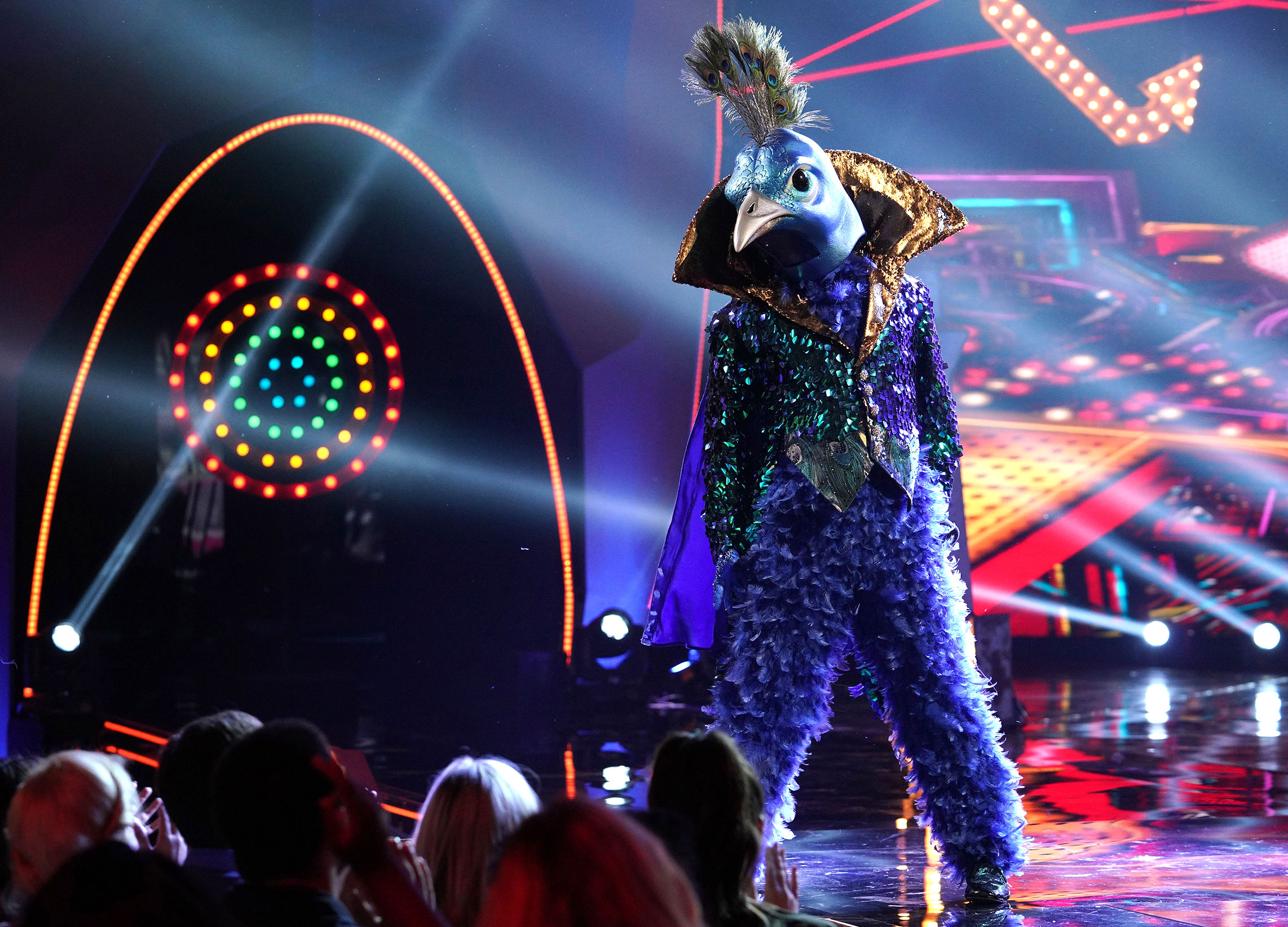 Coming in second place was the Peacock. A defininte performer, the Peacock had everyone’s attention week after week. His clues included that he was close friends with Michael Jackson Opens a New Window. , has been on stage since he was a kid and has performed in Las Vegas.

His last clue was that he had a starring role next to a pharaoh and another next to a pyramid. “A beehive symbolizes where I’m from,” he added. 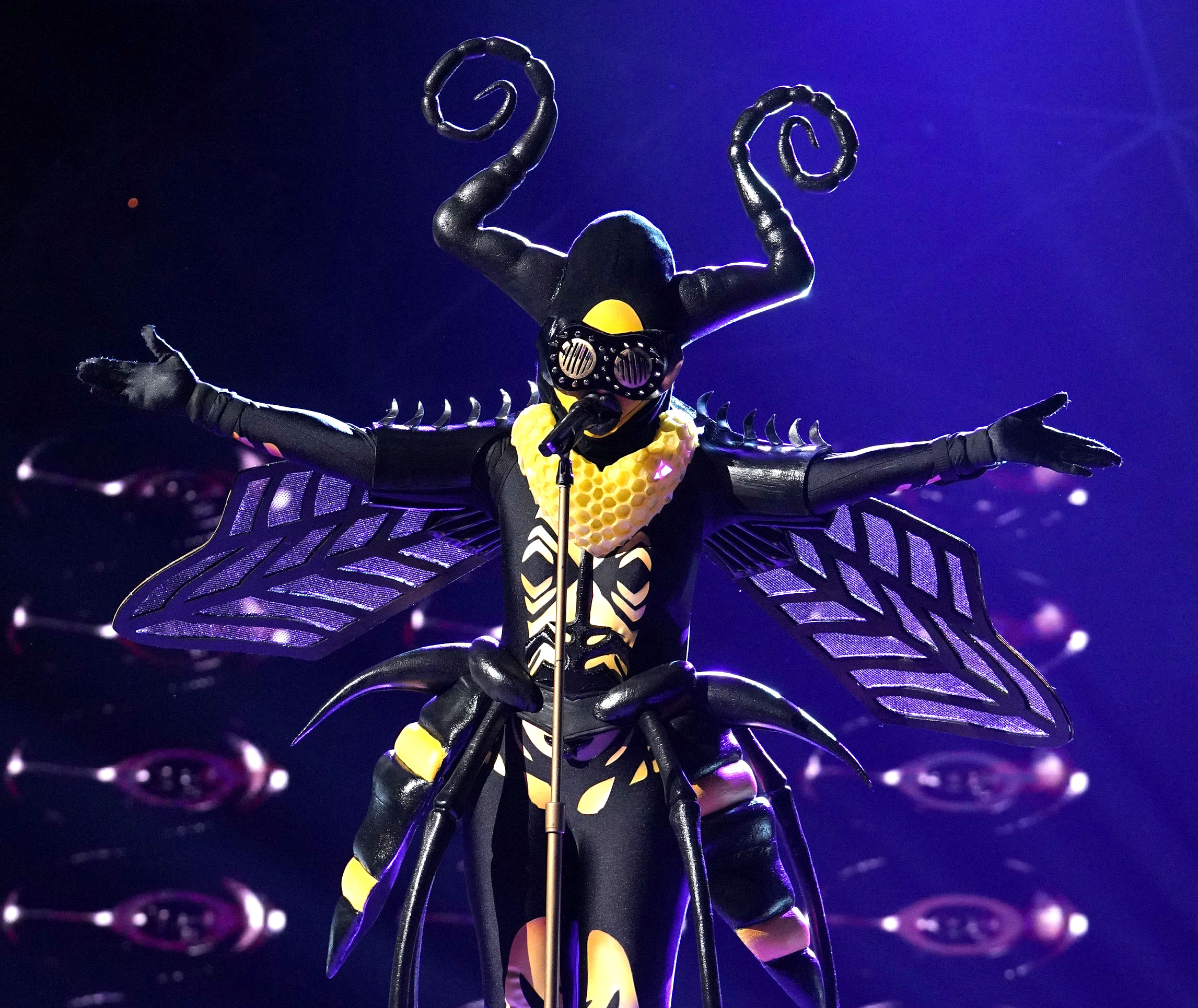 In third place, the Bee! She revealed she had been singing since the 50s. She also revealed during the season she’s become a “worker bee” to stay young and that she’s known as a “Queen Bee” or “Empress.”

Her last clue was that she won a singing competition before the judges were born and had a No. 1 rated show on the Vegas strip. She came in third place! 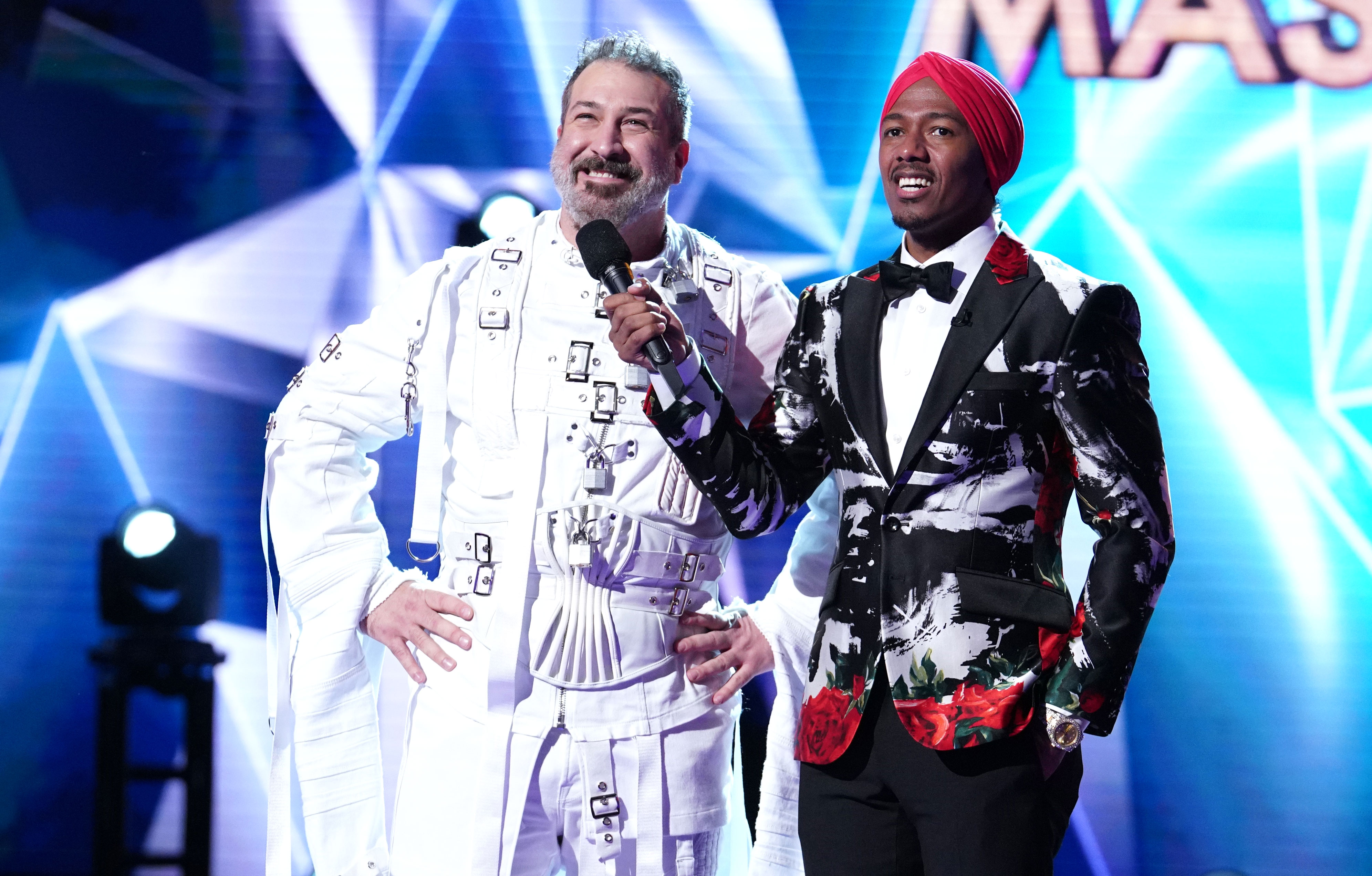 Week 8 was a double elimination. Since his debut, fans had guessed that the Rabbit was ‘NSYNC’s Joey Fatone Opens a New Window. , since he dropped hints about synchronized singing and dancing as well as hot dogs and Coney Island. Plus, he could clearly perform. While he continuously denied this in interviews, it ended up being him! 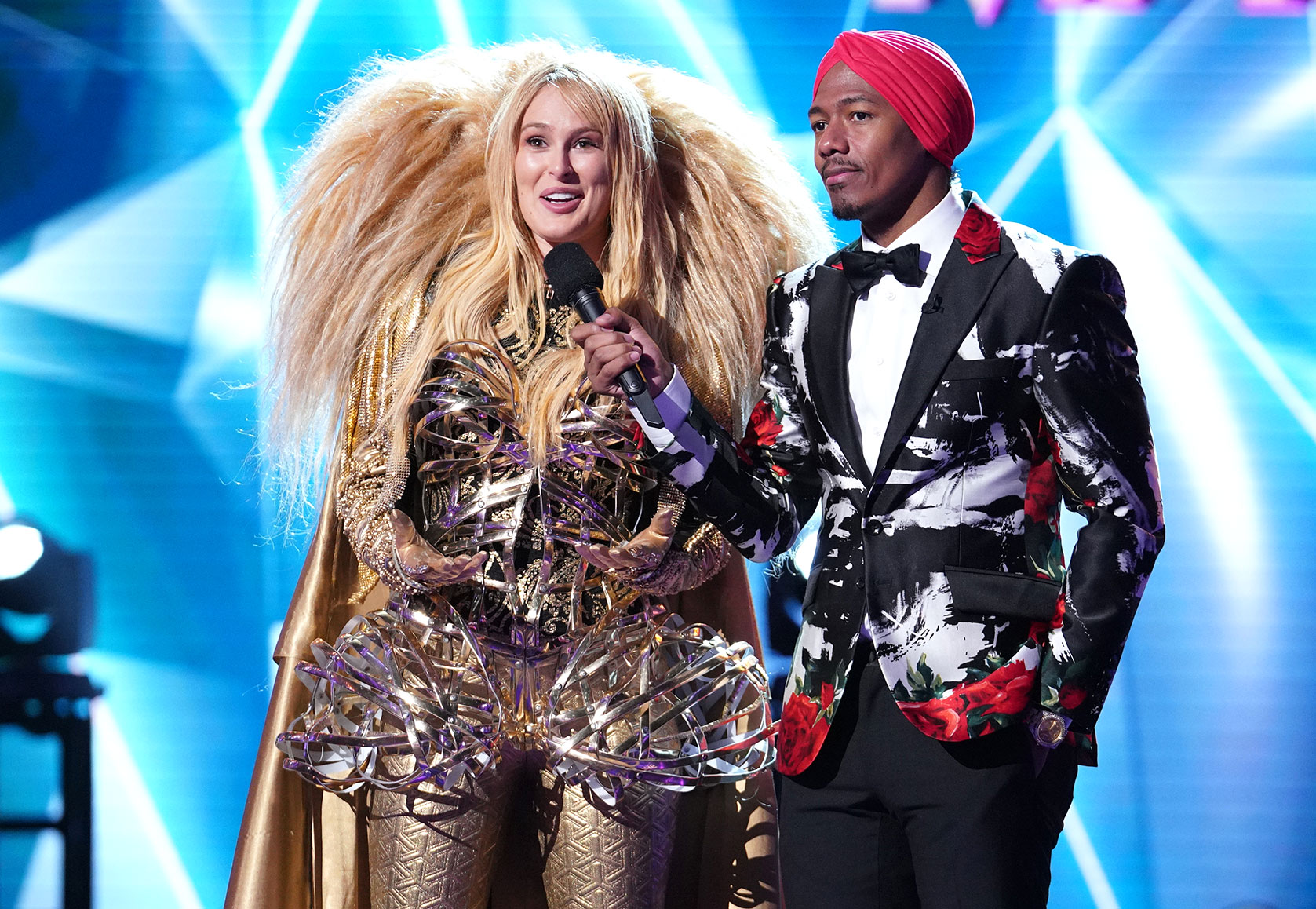