The Most Valuable Beanie Babies (2019)

If you were alive in the 1990s, then you remember Beanie Babies. But in case you need a refresher: Beanie Babies were little stuffed animals that started out as simple toys, but ended up ballooning into a serious collector’s item. While nowadays, Beanie Babies in general aren’t that expensive, there are some exceptions.

RELATED: 10 Super Valuable Books That Might Be On Your Shelf

The rarer a Beanie Baby is, the higher the price tag. Even all of these years later, collectors are dying to get their hands on some of the editions that are harder to obtain. Head up to your attic and search around to see if you have any of the ten most expensive Beanie Babies listed below!

Click the button below to start this article in quick view

An iguana is definitely one of the more unique animals Beanie Babies released, but that isn’t the only thing that makes this a cool collectible. What makes it extra fun (and extra complicated!) are all the variations of Iggy. Sometimes he’s blue, sometimes he’s tie-dyed. Sometimes he has a tongue sticking out, sometimes not. But Iggy always, always has spikes on his back. Make sure if you find one, it has the spikes! If it doesn’t, you may have the very similar-looking – and cheaper – Rainbow the Chameleon. Rainbow the Chameleon is cool and all, just not as rare!

You wouldn’t think a simple brown bear would be that rare. Consider that it was one of the first Beanie Babies ever made, however, and the high price makes a little more sense! Brownie was released with the first edition of Beanie Babies in 1993, but had his name changed to “Cubbie” after the first batch was released. So if you have a brown bear with a tag that says “Brownie” and not “Cubbie?” You’re in luck! Brownie is so old, that he doesn’t even have a signature birthday or poem like a majority of the other Beanies do. The company hadn’t come up with that idea yet!

As you can probably tell from their rhyming names and complimenting colors, these three bunnies came as a set. And so of course, you’re going to have to be in possession of all three and sell them together if you want to rake in some significant cash.

Since they came in three colors, many parents just bought only one for their child in their favorite color. But unfortunately, three is the magic number! Released for Easter in 1997, it’s understandable why the set is costly: it’s got one of the earlier release dates, it’s uniquely a trio, and it’s holiday-related. It easily wins Rare Beanie Baby bingo.

Valentino, released for Valentine’s Day in 1994, is pretty simple. It’s a soft white bear with a cute red heart on its chest and a red ribbon around its neck. (Not a translucent ribbon – if the ribbon is made of translucent material, it’s most likely the almost-identical bear “Casanova” released years later.) It’s not Valentino himself that is the rarity, however, but his tag. Does it correctly spell “Valentino” on the inside? If so, you’re out of luck. Collectors are looking for a batch of Valentino’s with misspelled tags. At least it’s cute though!

With politics in the United States appearing to get crazier and more divided with each day, it makes sense why these “Lefty” and “Righty” Beanies would become relevant again and more sought after than ever. But to sell yours for an insane price, they have to have one key addition: Hillary Clinton’s signature. Yep, in 2006 a technician convinced Hillary to sign a few at the request of his daughters, who were big fans. While a Hillary signature was surely worth a lot then, we can’t imagine how much it would cost now! It’s doubtful you have a Beanie with the signature, but it can’t hurt to check!

Oddly enough, this little clown bear didn’t sell as well as the others when it was first released. Maybe it was due to some children’s aversion to clowns? Whatever the case, the company didn’t end up producing many of these little guys – meaning they’re rare!

RELATED: The 10 Most Valuable Gemstone Types In The World, Ranked

There are other aspects to the bear that makes it unique in comparison to other Beanies — its red clown nose, for one, and the fact that it’s wearing clothing. But it’s the fact that there was only a limited amount made that is the main selling point.

Unlike Picadilly, Bubbles sold super well. In fact, it sold so well that the company ended up releasing various editions of the little fish. Of course, with all of these Bubbles in production, there were bound to be some manufacturing mistakes – increasing the rarity. For example, the third generation Bubble has the wrong color thread used for its mouth, and the fourth generation Bubbles has the wrong tush tags. (Yeah, the placement of the tag is serious business to Beanie collectors, and “tush tags” refer to tags that are placed on, well, the tush of the Beanie.) One man’s trash is another man’s treasure, as the saying goes!

It’s no surprise the Peace the Bear did so well commercially. Its tie-dye fabric is super cool, and hey, who doesn’t love peace? Peace was one of the Beanies that got made into a large, 15-inch version, so selling that kind will get you some big bucks for sure. But sell the 15-inch Peace bear with the normal, 9-inch Peace bear? You’ll be rolling in money. And of course, depending on how pristine the condition of the Beanie is – especially the quality of the tag – you can get even more dough. That pretty much goes for all Beanies, actually!

This very special bear doesn’t just have a generic princess theme – although we’re sure that would have sold well too. No, this deep purple bear with a white rose on its chest was created in memory of Princess Diana, who had died suddenly and tragically a few months prior to its release. A limited amount was made, and all proceeds went to the Diana, Princess of Wales Memorial Fund. Needless to say, the most passionate of Beanie collectors are constantly vying for this bear that represents a monumental moment in history.

Wallace is a Scotland-themed bear with a unique fabric. The material almost feels like suede, making it a pretty popular sell when it was released in 1999. The large, 15-inch version? Even more popular – and rare. Full disclosure, its unclear how much a large Wallace sells for. Throw in some other Beanies, however, and you might have something going. Once, someone sold a 15-inch Wallace alongside two nine-inch Wallace’s and a nine-inch Cashew (cute little brown bear) and a nine-inch Huggy (cute cream-colored bear.) That entire set sold for $600,000. So hey, try mixing and matching with your Beanies! Maybe you’ll end up creating a set worth even more!

NEXT: 10 Beanie Babies That Seem Valuable, But Are Worth Nothing 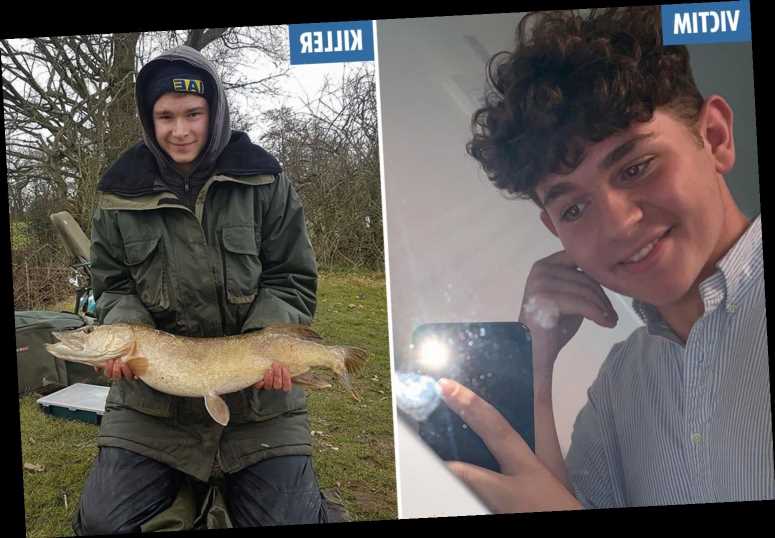 'Cold and calculated' teen who battered lover, 15, to death with spanner over £2k blackmail plot is jailed for life
Sport