The real Benjamin Buttons! Hilarious snaps reveal babies with wrinkled foreheads and knowing looks that make them look VERY old before their time 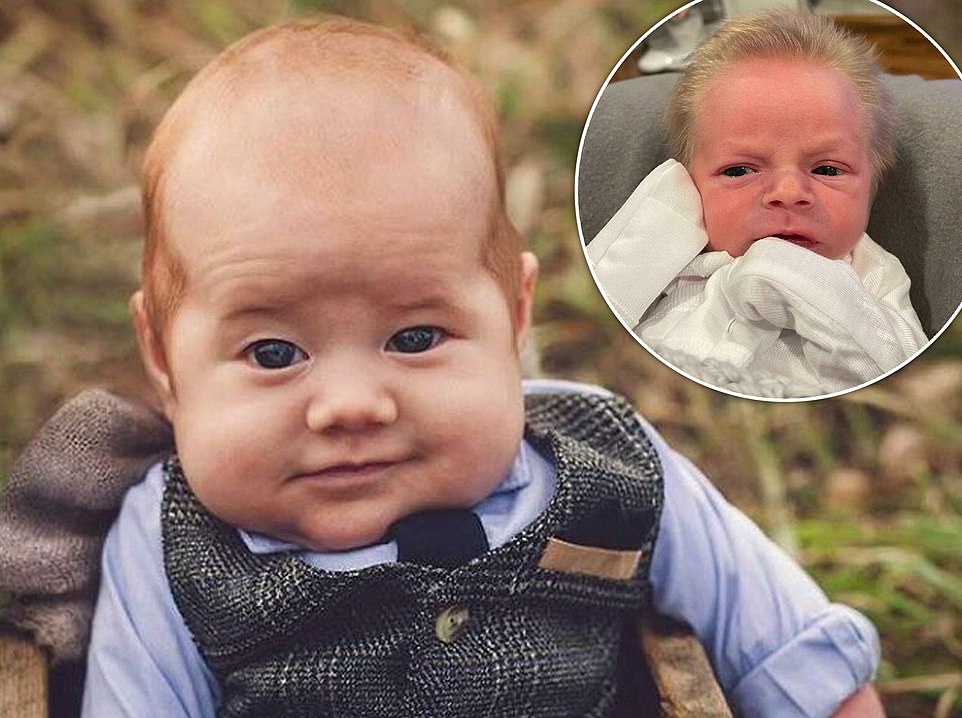 Any proud parent will tell you that all babies are beautiful, but for some little ones, their cuteness stems from looking aged rather than angelic. These babies might still be in diapers, but they look like they’re aging in reverse, just like Brad Pitt in The Strange Case of Benjamin Button movie, where a man is born elderly and gets younger through the years. Parents from around the world poked fun at their little bundles of joy in a gallery for Bored Panda , including one fair-haired infant who looks like he’s already gone grey. Here, we reveal some of the cutest examples of little ones who look old way before their time. 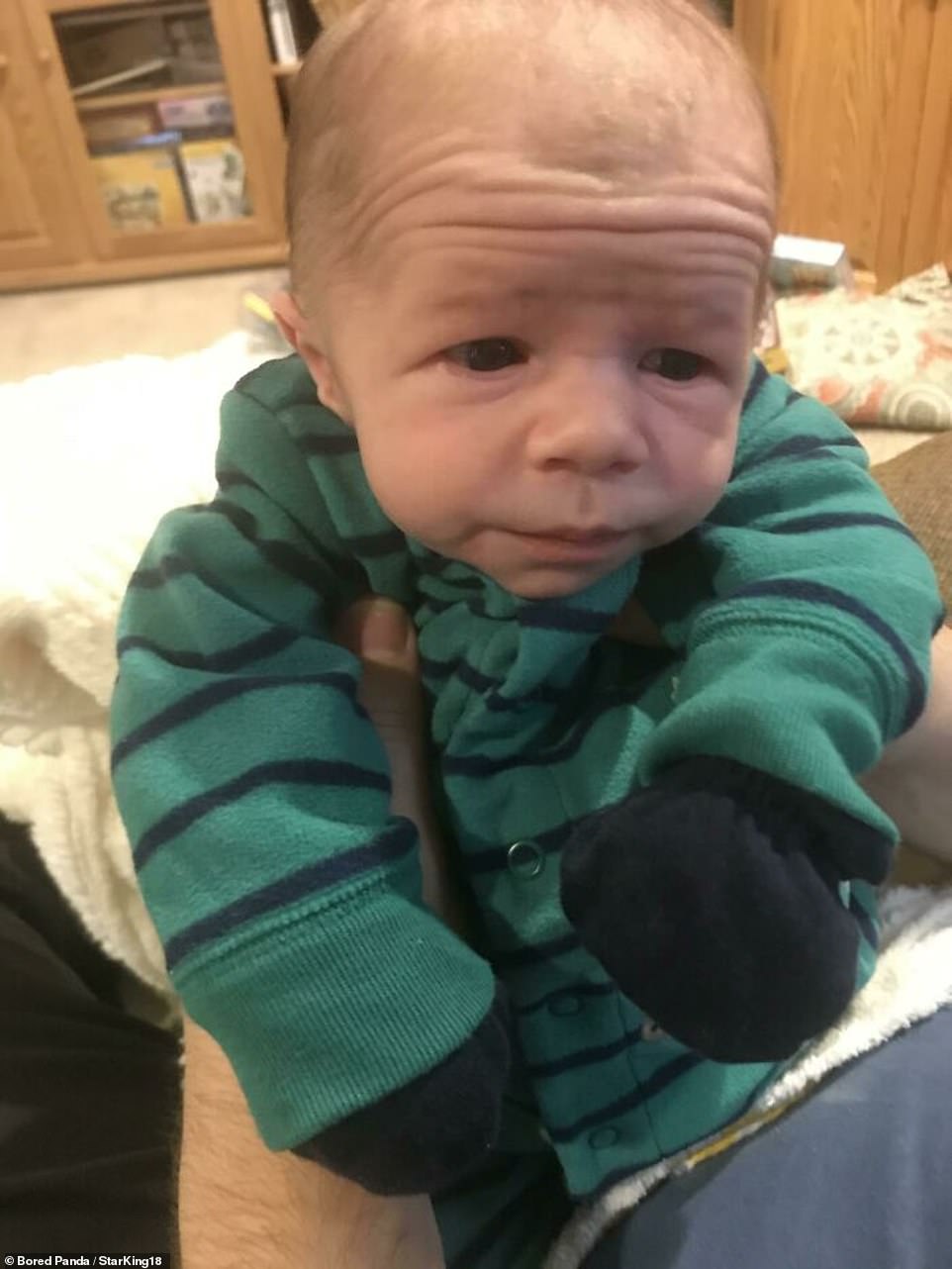 People from all over the world shared snaps of their babies looking like elderly men and women. A dad from Pennsylvania was left in stitches by this picture of his son. 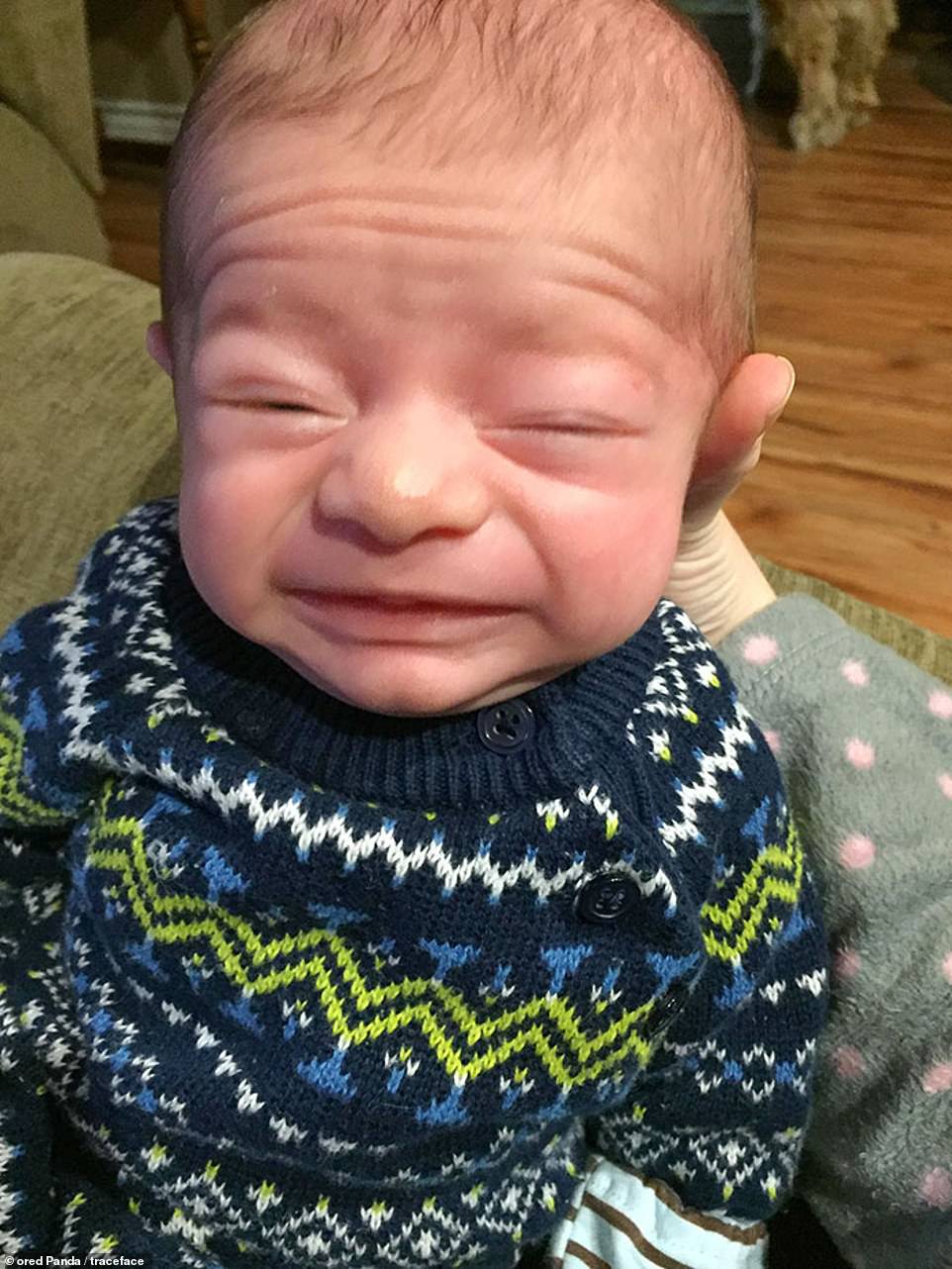 Another US-based baby looked wise beyond his years in this snap highlighting the wrinkles on his forehead. 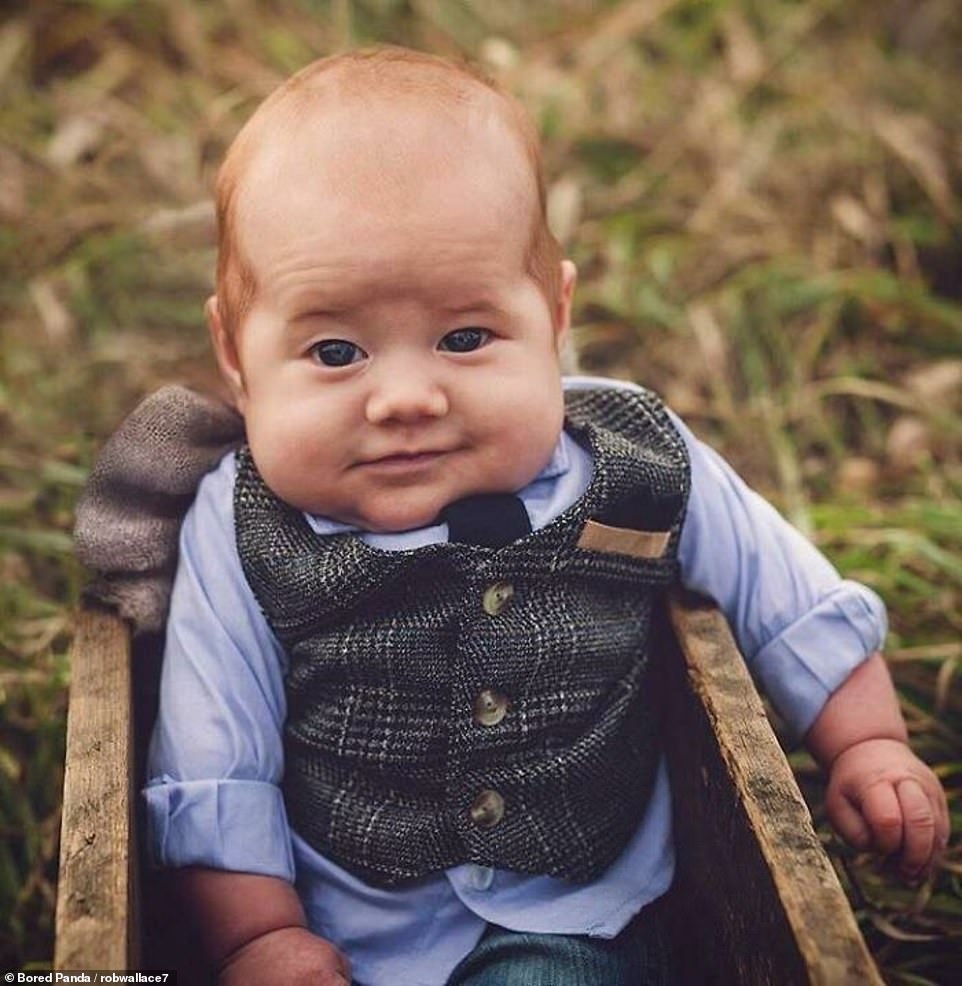 The parents of this little US lad joked he looked like a pub landlord with his vest, side-burns and knowing smile. 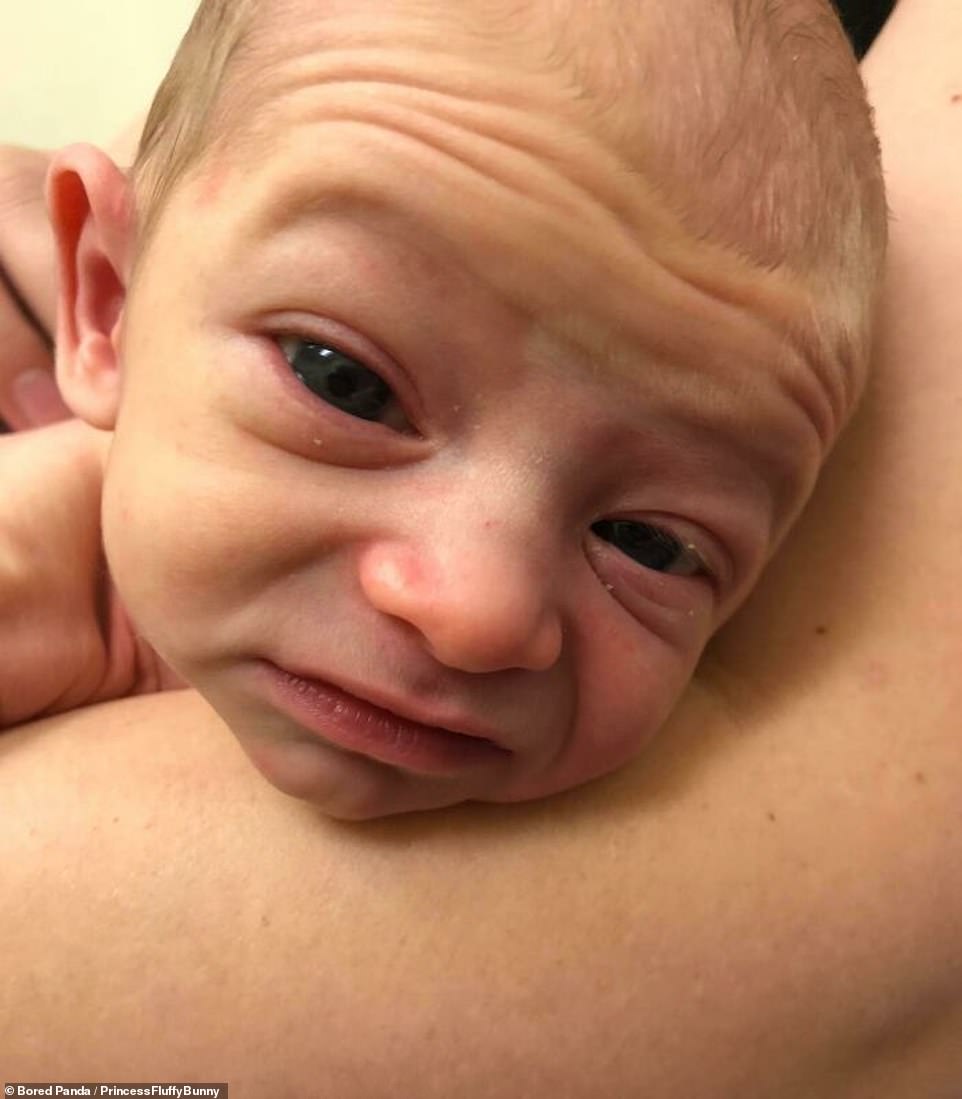 This baby from the US looked too wise to only be a newborn. These pictures reminded people of the movie The Strange Case of Benjamin Button, starring Brad Pitt. 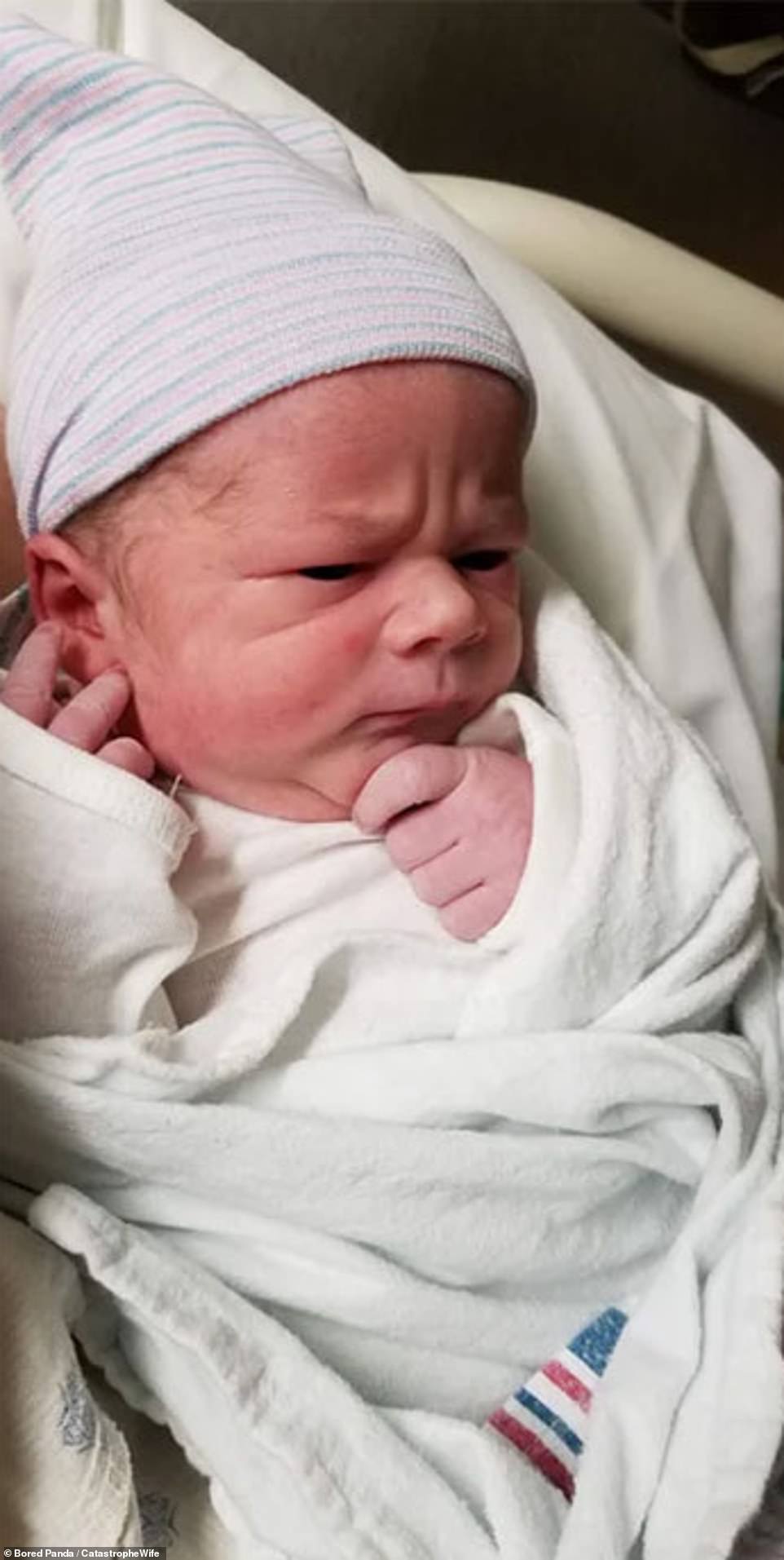 Thinking cap! In the US, this little chap’s serious expression and frown made him look like an old wise man. 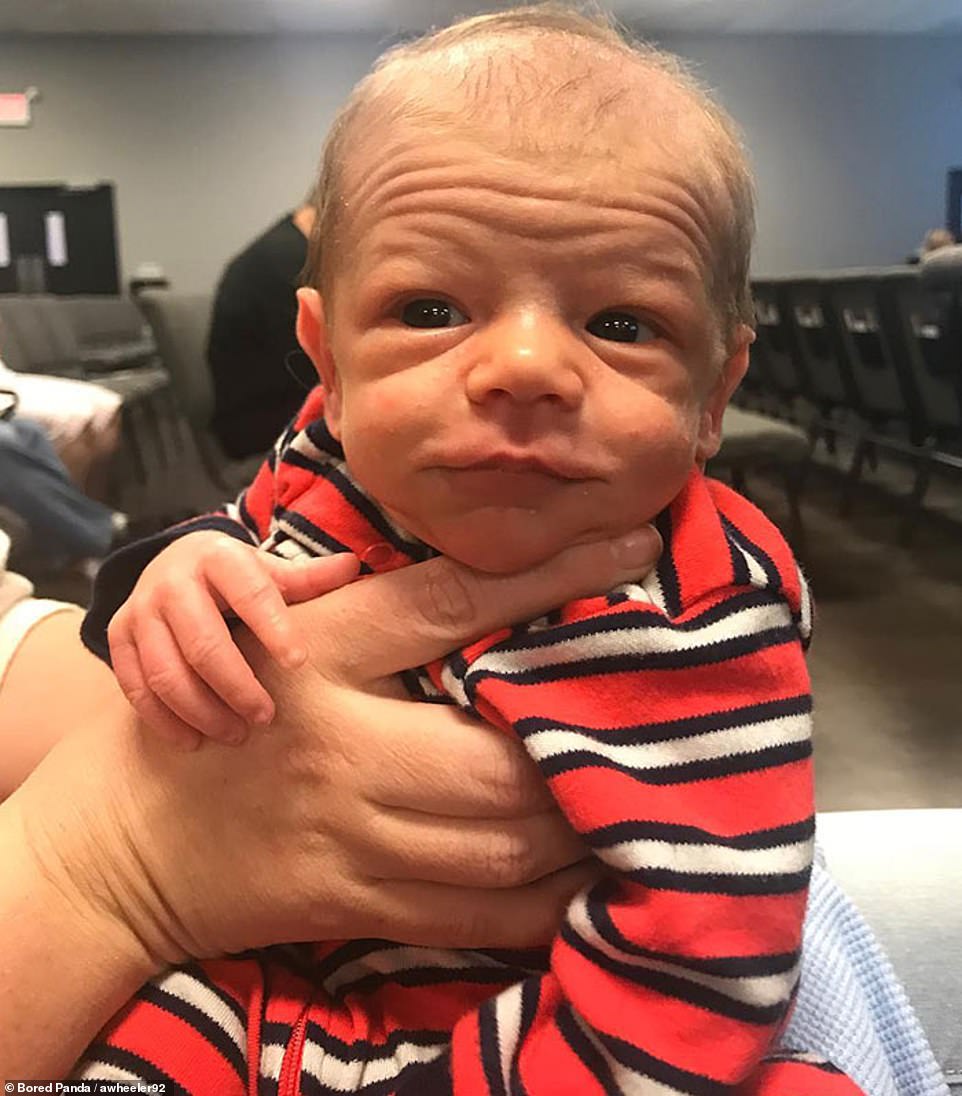 In Atlanta, Georgia, this newborn’s fuzzy hair and quizzical smile make him look like a member of the elderly. 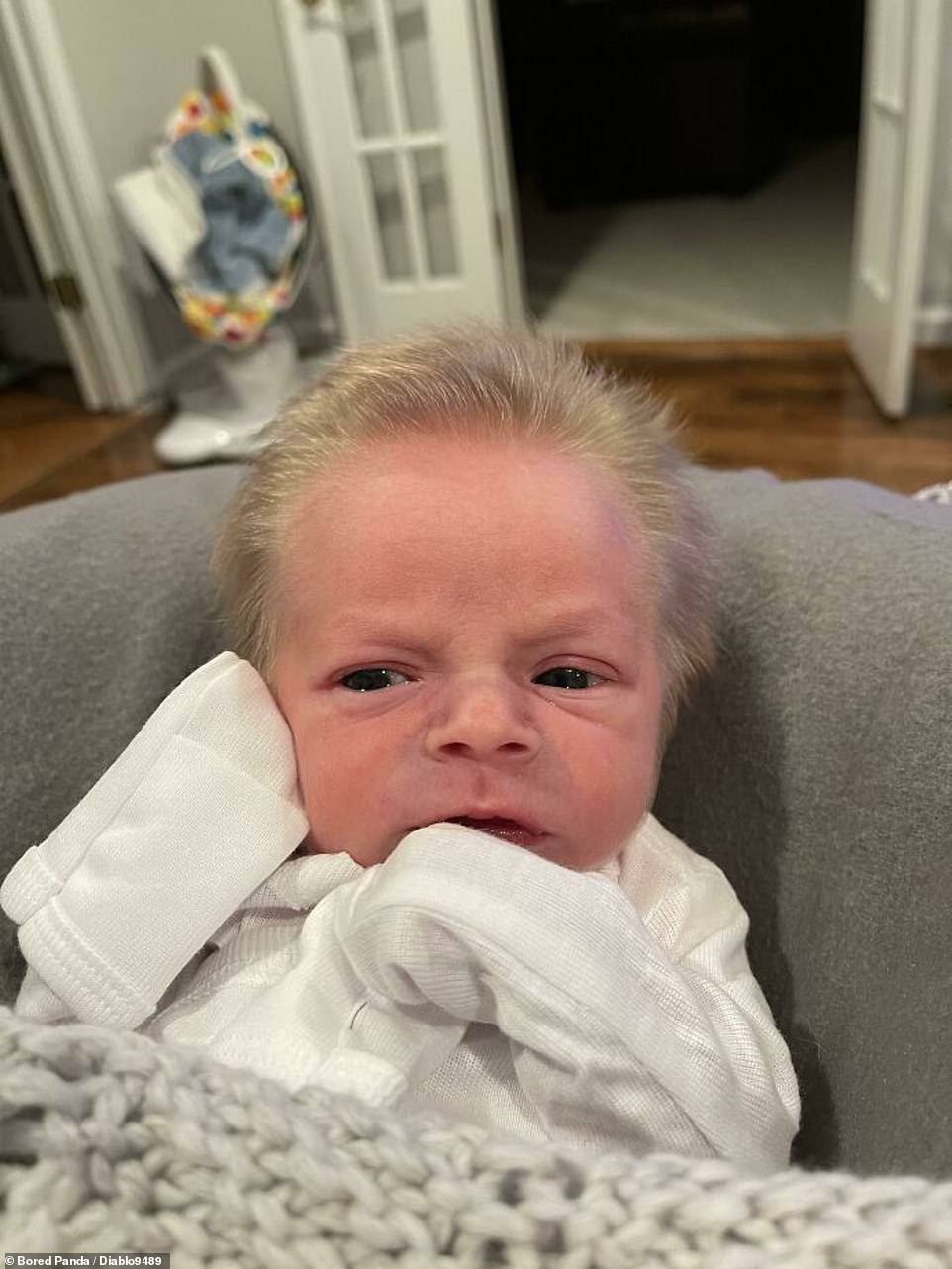 This US-based baby’s impressive mane is so fair, it looks like he already has grey hair in spite of his young age. 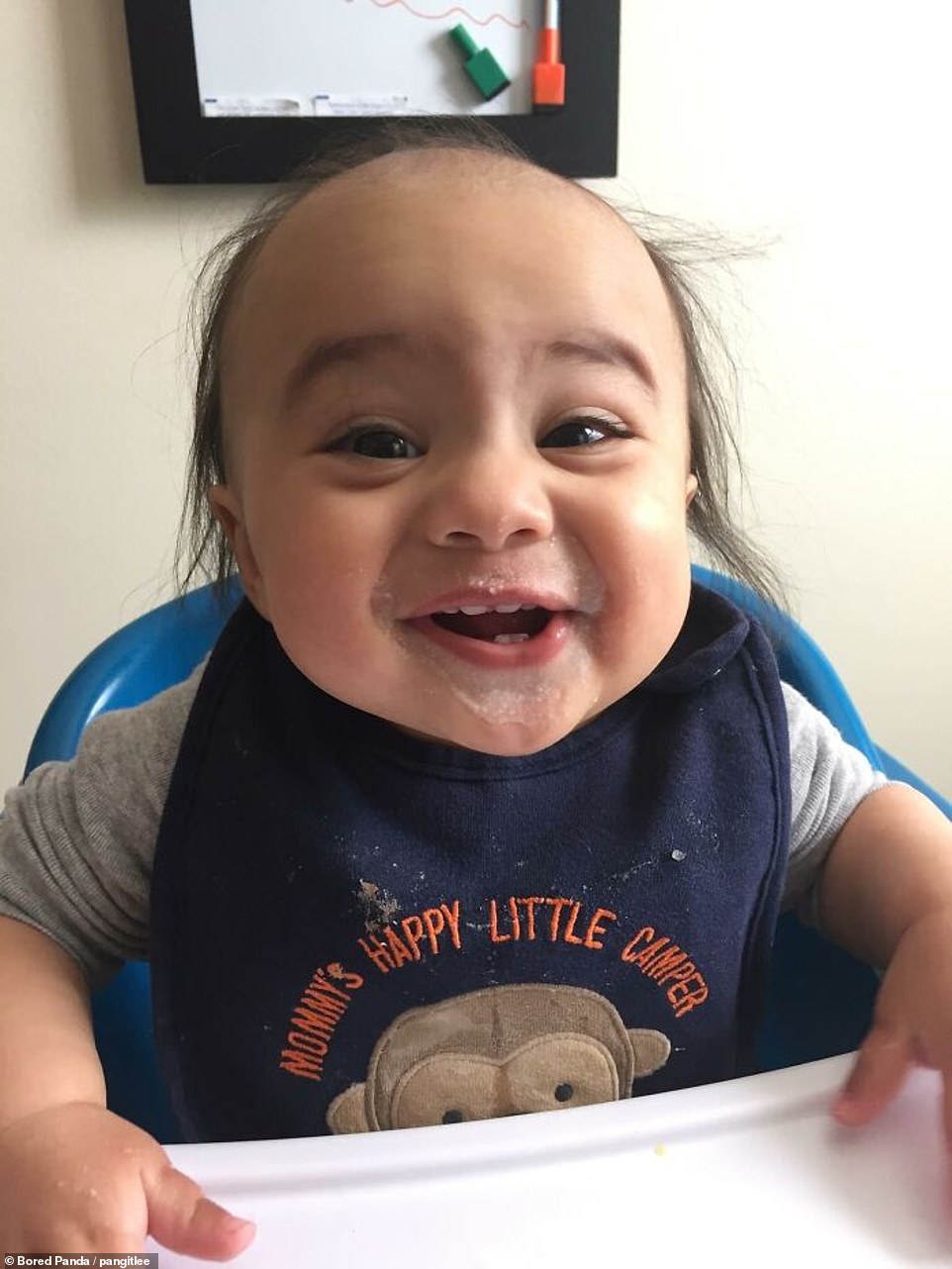 In Florida, this baby’s long hair and receding hairline ages his adorable face by a few decades in a hilarious dinnertime snap. 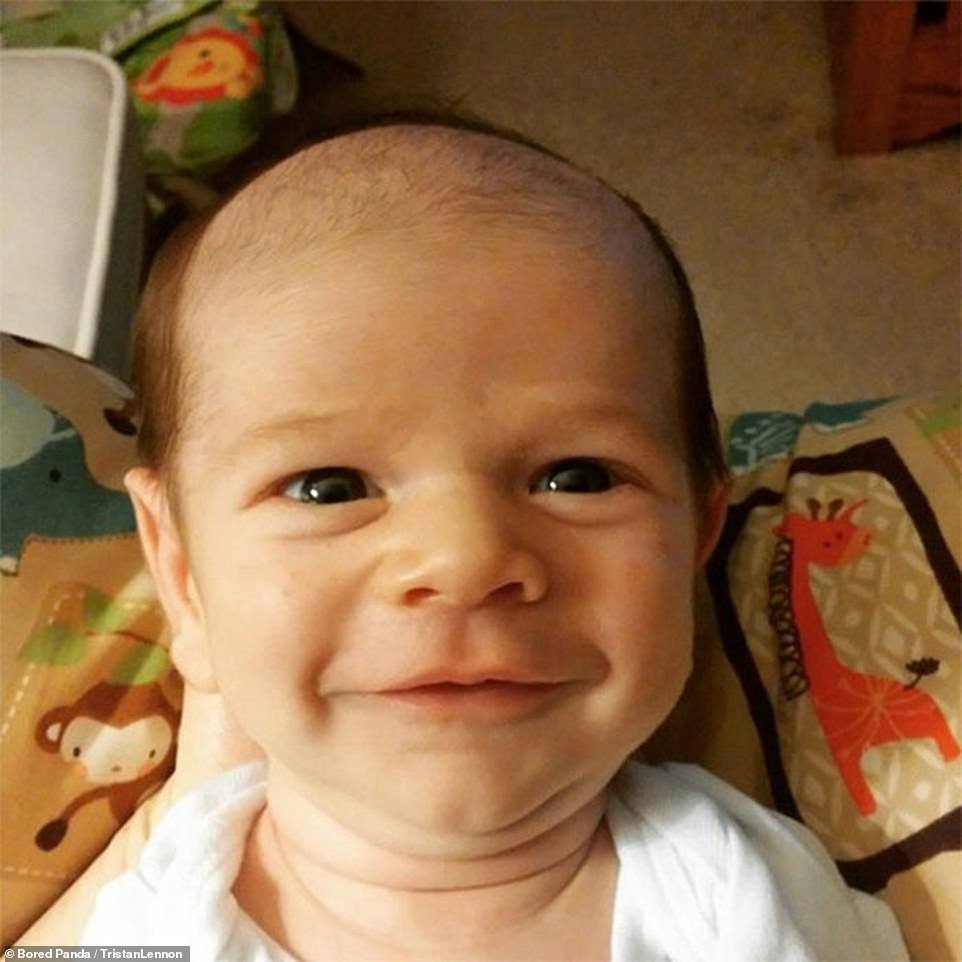 In the US, the little baby hair on the top of this boy’s face makes it look like he’s a middle-aged man losing his hair. 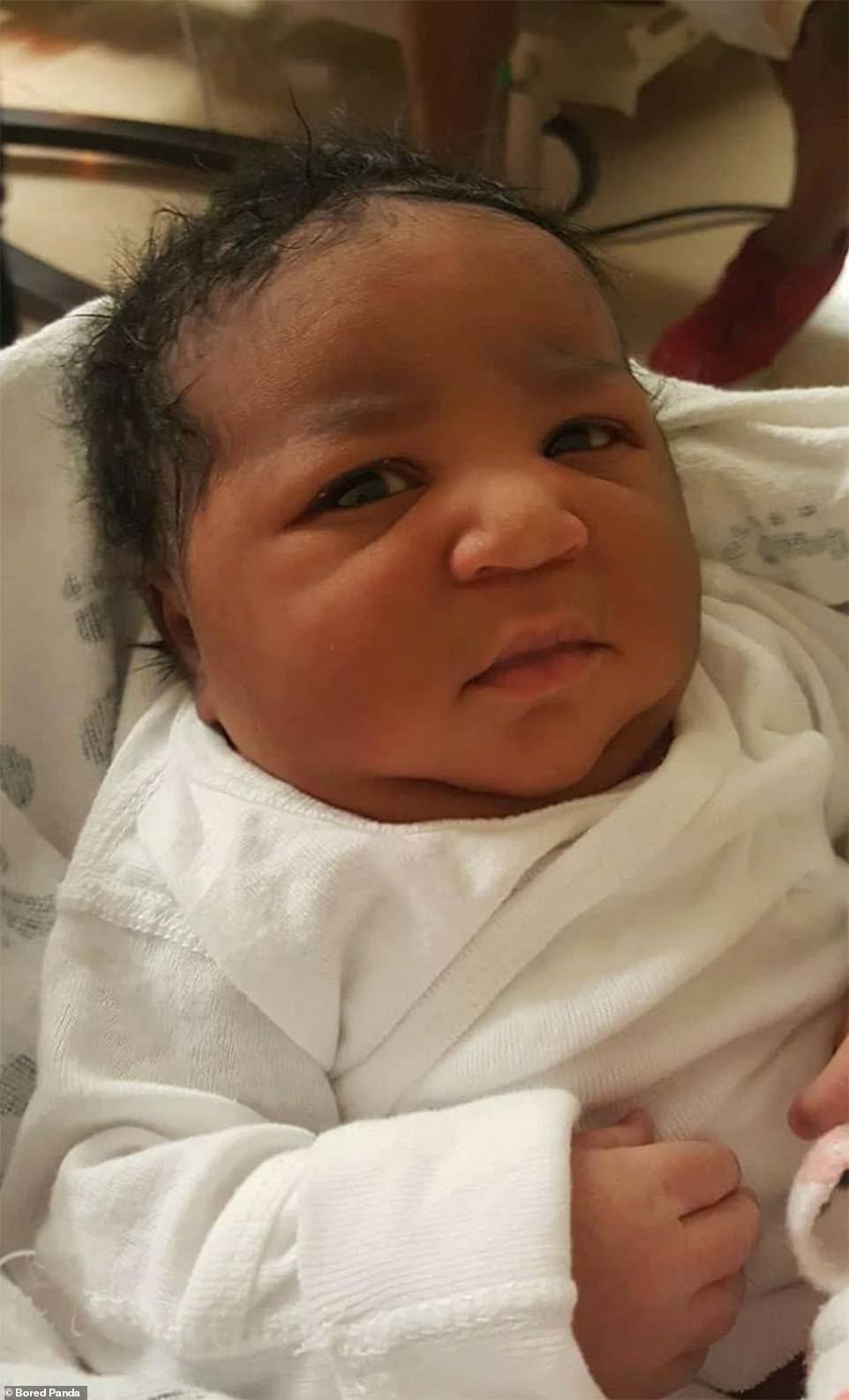 This baby looked wise beyond its years and unimpressed in a picture snapped by their doting parents. 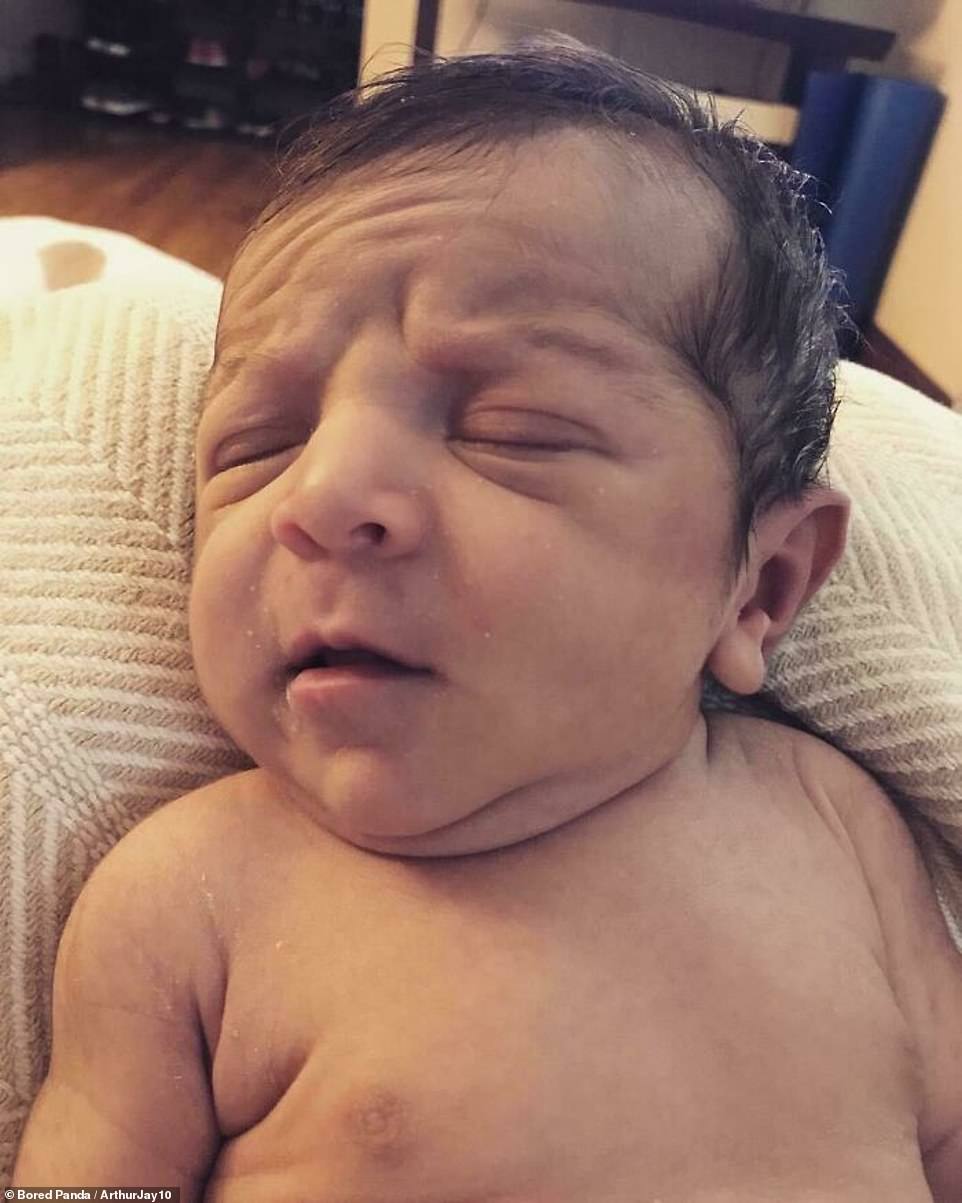 The folds on this newborn from Georgia’s face make it look like he’s ready to enjoy his retirement. 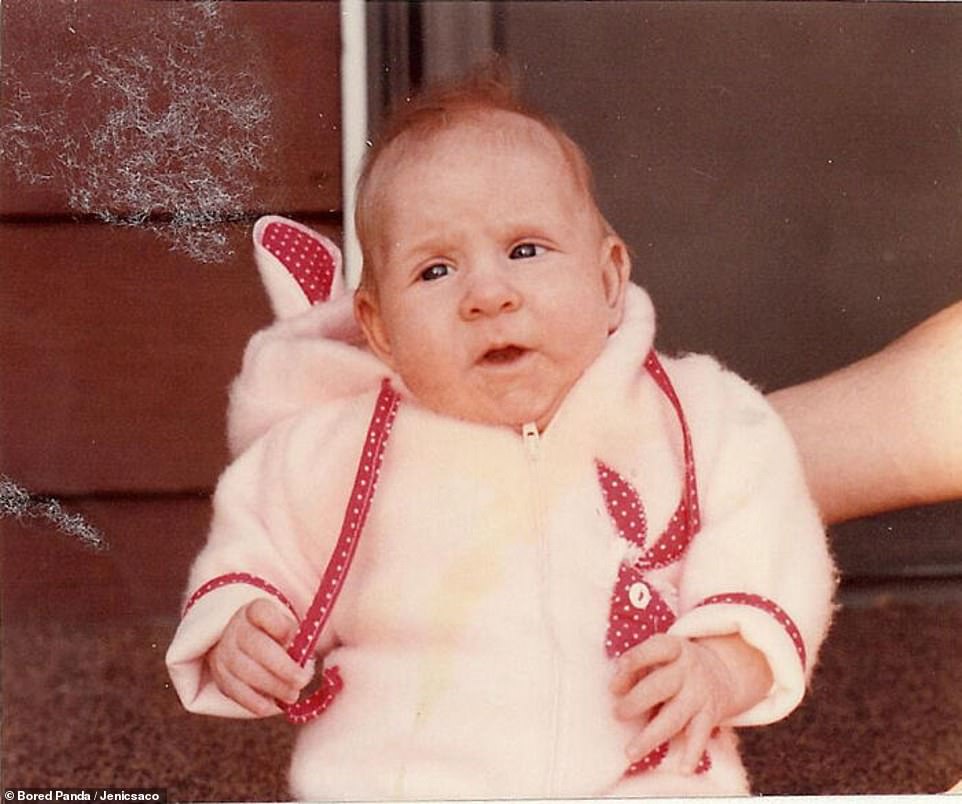 One person admitted they were ‘one of those old babies’ and shared a picture of them in a pink coat. 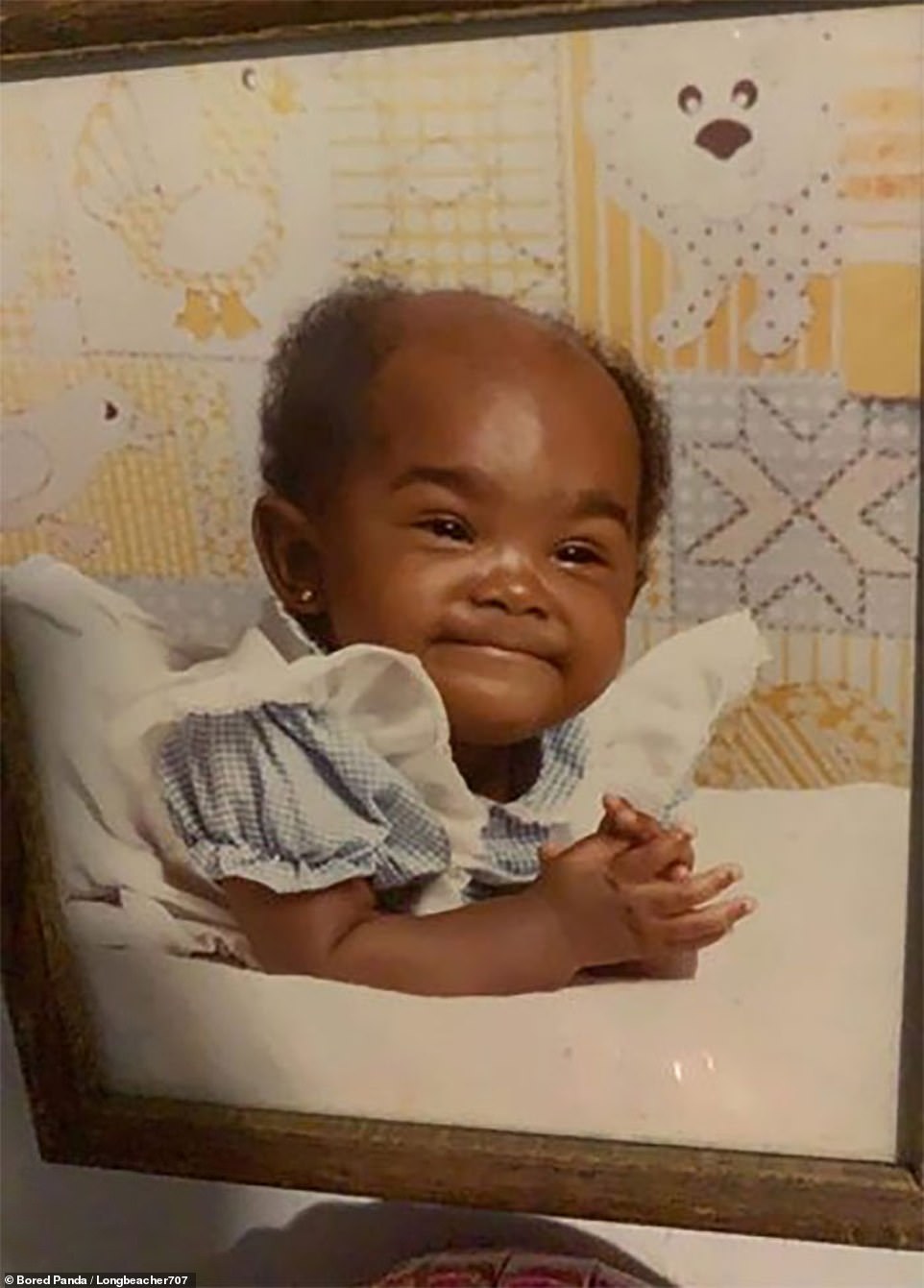 One person from Madagascar shared this childhood picture, where they sported a receding hairline. 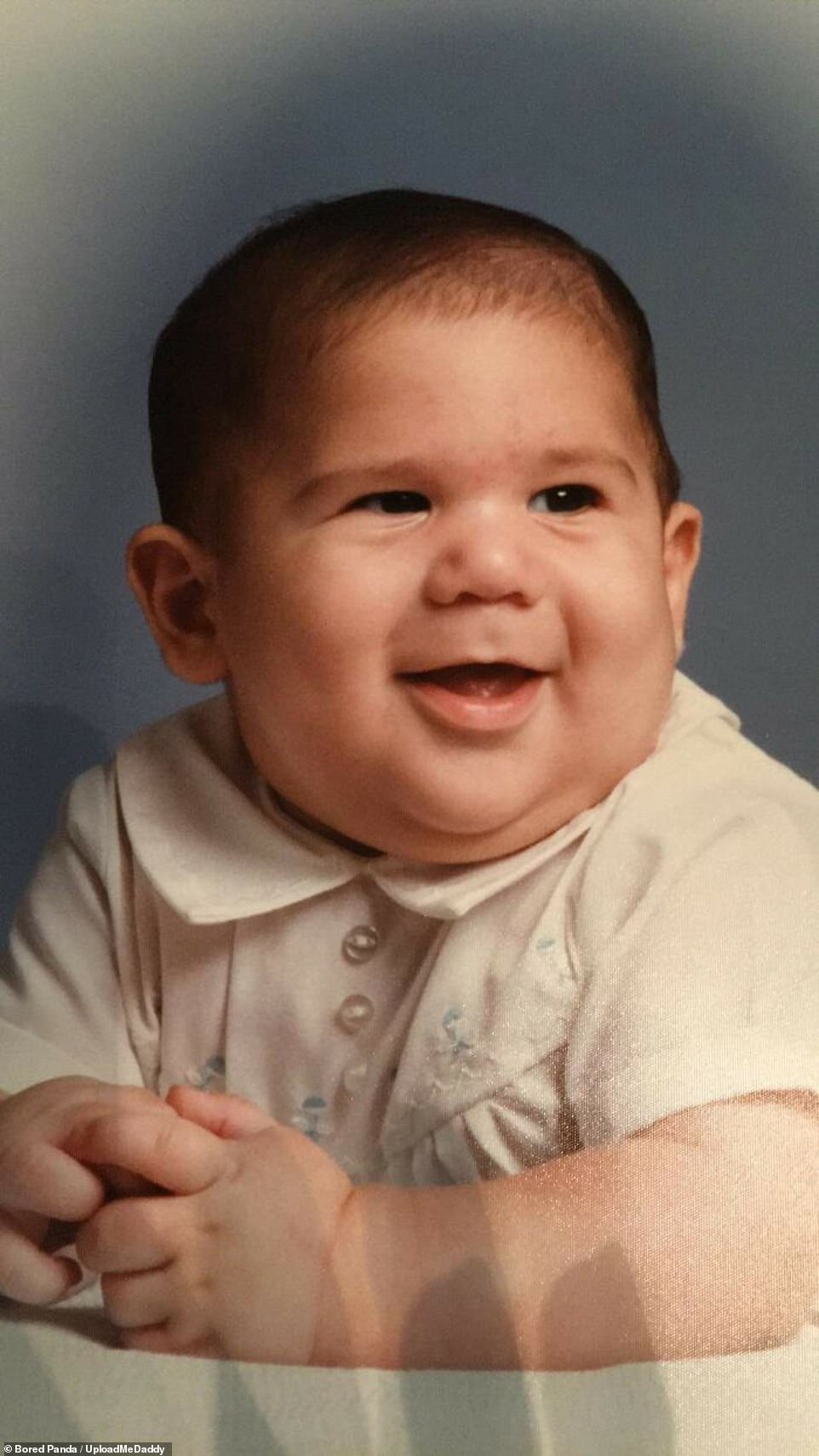 The parents of this US-based baby joked their child looked like a cast member of the US mafia drama The Sopranos. 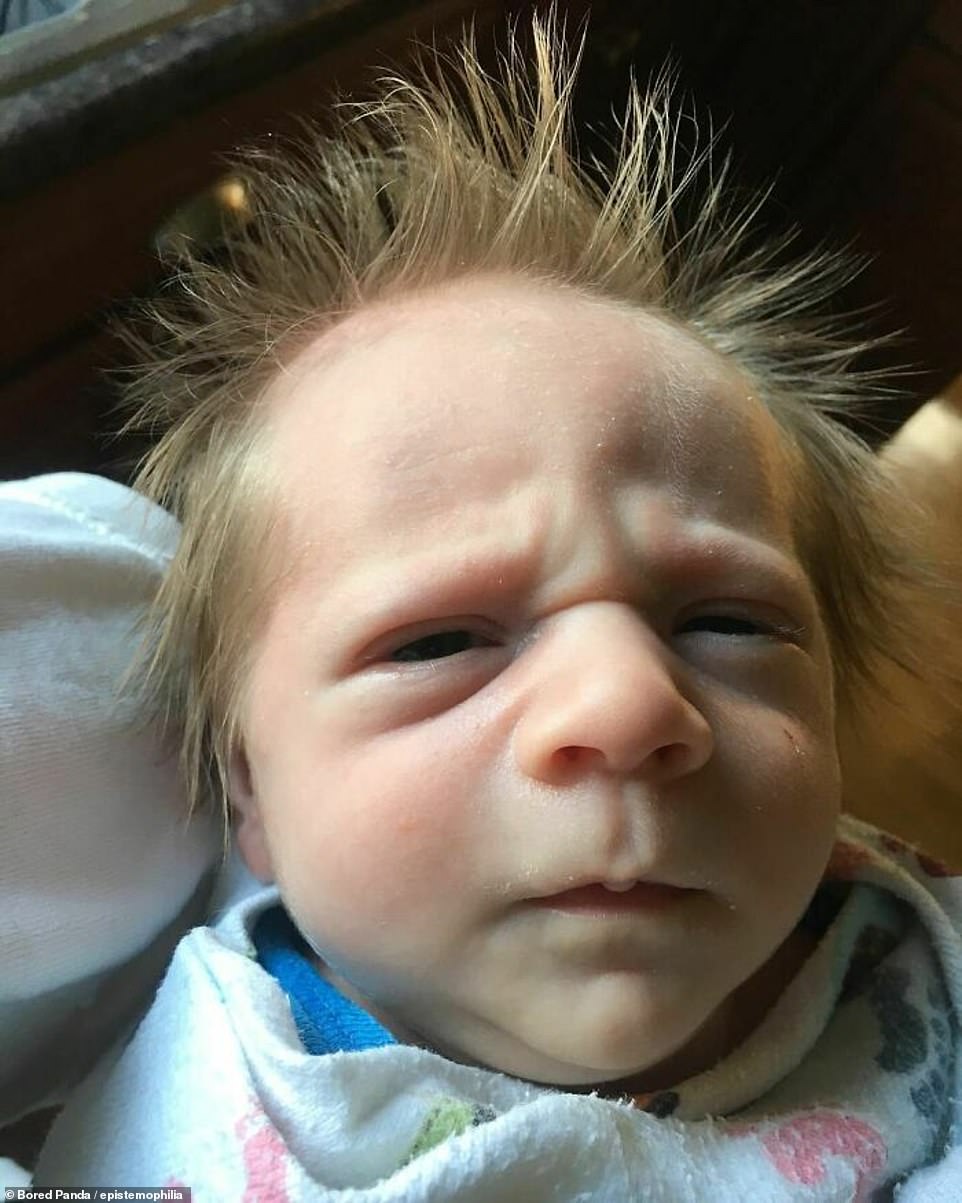 In Wisconsin, this child’s thin and fair hair makes them look a bit older than the average newborn in this sweet snap.