The secret site where you can buy NEW discounted designer clothes

Revealed: The secret shopping site where you can buy NEW designer clothes for a fraction of the price – straight from the wardrobes of the most stylish fashionistas on Instagram

If you’ve ever wanted to dress like the street style stars of Instagram who are always strutting around Fashion Weeks in achingly cool designer ensembles, now you can – even if you’re on a budget.

The Resolution Store is the secret designer fashion shopping site featuring labels from high ends labels such as D&G and Cartier, as worn by popular fashion bloggers and influencers.

While most items are second hand, the site only stocks clothing that’s in good condition and some clothing is still good as new with the label on.

It means you could snap up a designer dress for a fraction of the price, such as a white lace D&G number that originally cost £1,350 for £498.

For those with a more modest budget, there’s also plenty of purse-friendly options to choose from, including labels such as Karen Millen, Linea and Levis. 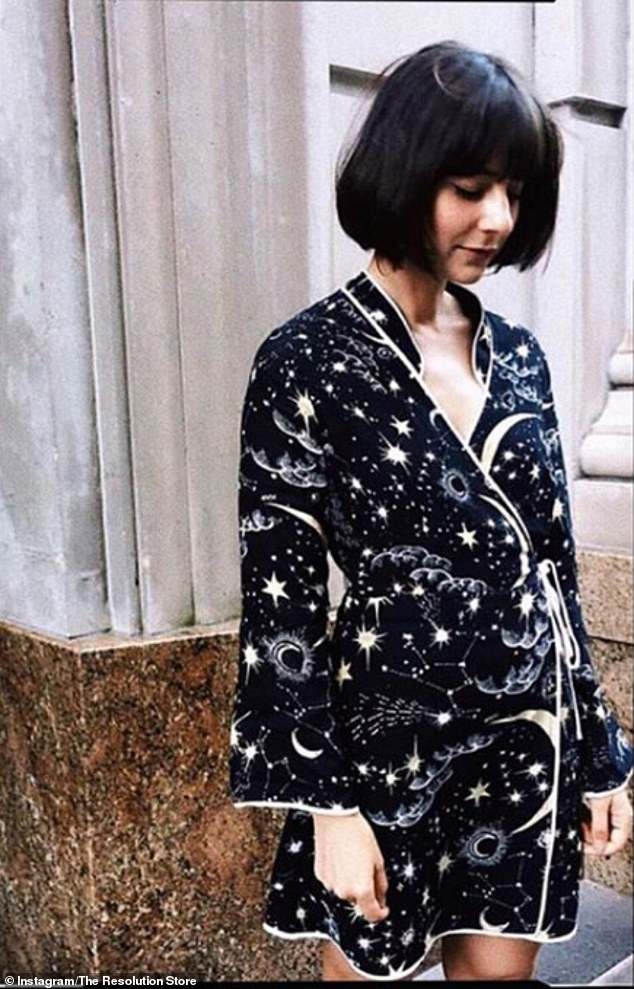 Fashion editor Alyssa Coscarelli in a Rixo dress that originally cost £295 that’s on sale on The Resolution Store for £145 – and what’s more, it’s new with tags

This Balenciaga, which is worn but in good condition will set you back £250. A brand new Coach trench coat with tags is £240, but would have cost you £475 to buy in store

The site was set up by brand consultants Alicia Waite and Anna Sutton and making designer labels accessible to the average person is only a small part of the site’s mission.

More important is its goal to help reduce waste, given that more than 300,000 tonnes of textiles go into landfill every year in the UK alone.

‘The idea for The Resolution Store was born through a desire to do something about the shocking statistics surrounding waste, in particular, created by the clothing industry,’ the founders explained.

‘A fashion garment in the UK lasts an average of 3.3 years before the garment is discarded. Extending the life of a garment from as little as nine months can decrease its environmental impact by 20-30 per cent.’ 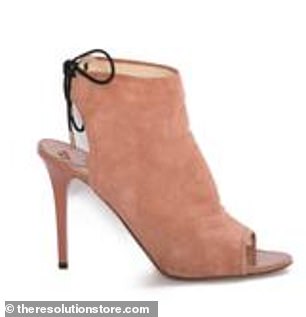 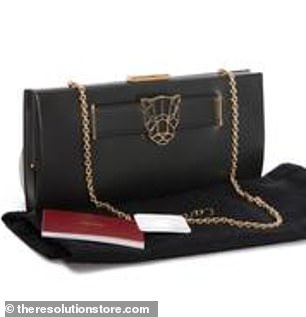 These second hand Jimmy Choo pink suede sandals are on sale for £135. A good as new Cartier clutch that originally cost £2,120 can be yours for £850

In addition to giving unwanted garments new life, all deliveries are courtesy of RePack, a reusable packaging service called RePack.

Clothes that need cleaning before going on sale are refreshed by an eco-friendly garment cleaning service.

And the site has also partnered with Traid so that any unsold items are absorbed into the up-cycling market. 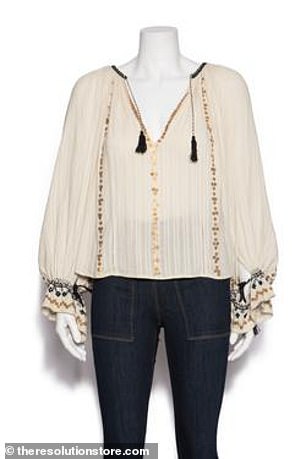 Additionally, 20 per cent of profits go to Labour Behind the Label, a campaign group for better working conditions for garment workers around the world.

Shoppers will find designer pieces that have come from the wardrobes of fashionistas such as Camille Charrière, Lucy Williams, Pandora Sykes and Laura Jackson.

The pair decided to target influencer wardrobes as they spotted an area where a lot of clothing that’s given away for free in return for Instagram snaps was going to waste.

‘Just because the gift is for free, and may generate more sales, doesn’t mean it hasn’t taken a huge amount of work – as well as water, energy, natural (or non-natural) fibres,’ she explained.

‘And it really bothers me that they might end up languishing at the back of someone’s wardrobe unwanted, when they could be having a life elsewhere.’